From now until October, the weather is dry and cool. It’s a great time to spot wildlife because of the scarce vegetation and the animals’ tendency to gather at waterholes and rivers.

If you have gorilla trekking on your mind, it’s also the dry season in Rwanda and Uganda.

It’s also the time of the breathtaking river crossing when the herds leave the Serengeti and need to avoid giant crocodiles on their way back to Masai Mara.

With so many destinations at their best in June, it comes down to what you want to do on your safari in Africa and other factors such as budget and how long you can travel for.

Below, we are sharing a list of national parks and reserves to visit in June, where you’ll enjoy great wildlife viewing and activities. 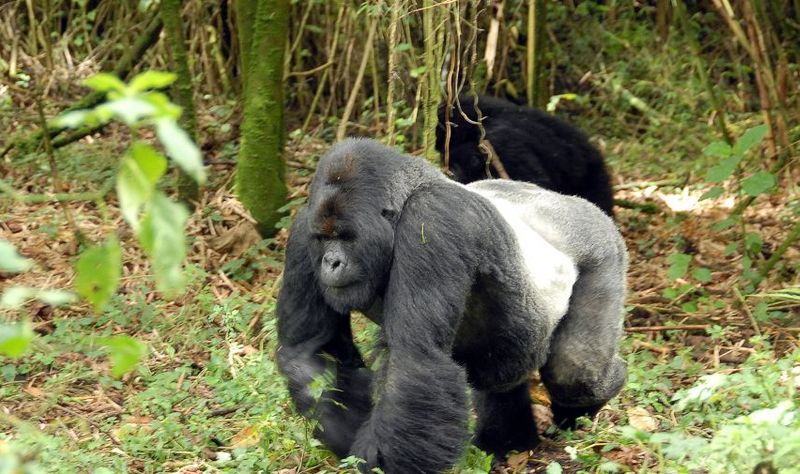 You should be delighted to know that Volcanoes National Park is open for gorilla trekking year-round.

However, the best time to visit is from June to September. The trails are drier now, making hiking a lot easier and more pleasant. Also, it is likely you’d be enjoying some sunlight, too. But don’t forget to pack those water-resistant clothes as it rains year-round.

»Planning to visit Rwanda? Read about what you need to know to plan an unforgettable trip to Rwanda. 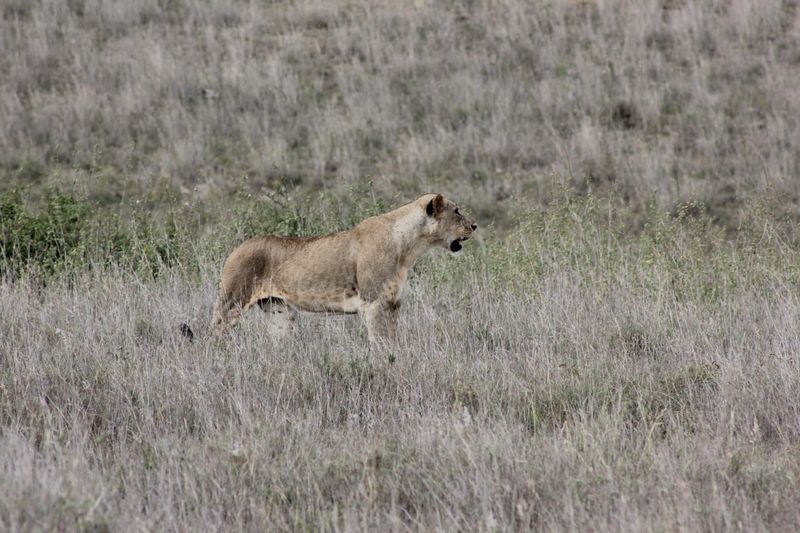 Thanks to regular rainfall and vast grassy plains, the population of herbivores inhabiting the park is very large. Big cats are also abundant as there’s plenty of prey for them. In fact, sightings of four of the Big Five are pretty much guaranteed: elephant, cape buffalo, lion, and leopard. The black rhino is more elusive, though.

The best time to visit the Masai Mara is from June to October, during the dry season. The vegetation is drier which makes it easy to be on the lookout for wildlife. Also, the animals’ behavior is quite predictable as they tend to gather at waterholes and rivers.

June also marks the start of the busy season, although the Migration hasn’t reached Masai Mara yet. 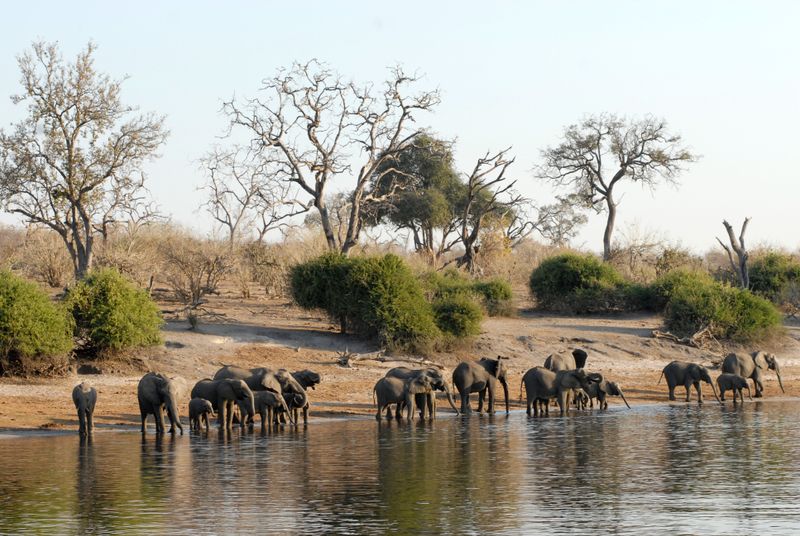 Chobe is one of the most fascinating rivers in Africa. One of the best ways is to explore it by boat and a mokoro safari is a great way to get to know the wildlife in the area.

A visit to Chobe National Park in June means you’d be experiencing cold mornings but you’ll likely be treated with sunshine as the day progresses. It is also one of the best times to visit the park.

The elephants, buffalos, and crocodiles can be spotted, in huge numbers, by the riverbank. While plenty other wildlife head to the waterholes.

While only four of the Big Five can be spotted here (the rhino is absent), the park also has a healthy number of giraffes, hippos, zebras, and hyenas.

»Planning to visit Chobe? Check out our guide to visiting Chobe National Park. 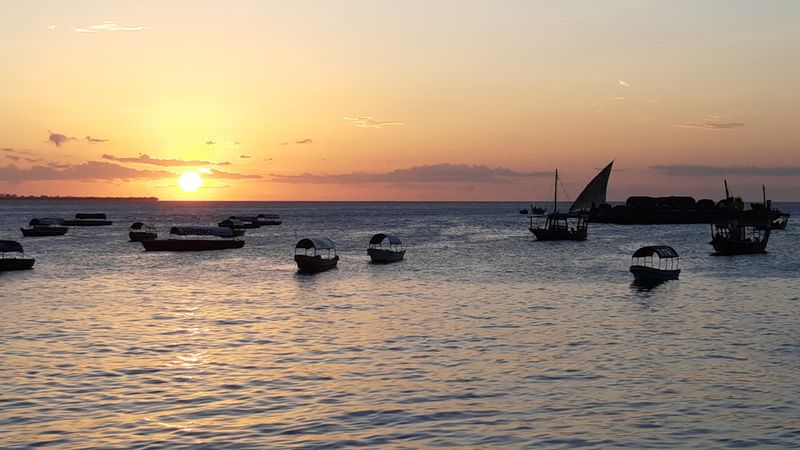 June marks the start of the dry season in Zanzibar.

Often, June is the driest and sunniest month of the year with daytime averages around 28°C (82°F).

By the middle of the month, the winds start to blow which makes Zanzibar a great place to kitesurf!

Nature enthusiasts will be delighted to witness one of the greatest spectacles of nature. From June to September, thousands of tiny turtles dash to the sea. Boat tours are available to catch a glimpse of them.

If you want to spot other wildlife, red colobus monkeys, bush babies, Servaline genet, and Aders' duiker are just some species that call Jozani Chwaka Bay National Park - the largest national park in Zanzibar - their home.

Other awesome things to do in Zanzibar include exploring its famous beaches, taking a spice tour, and watching amazing sunsets. 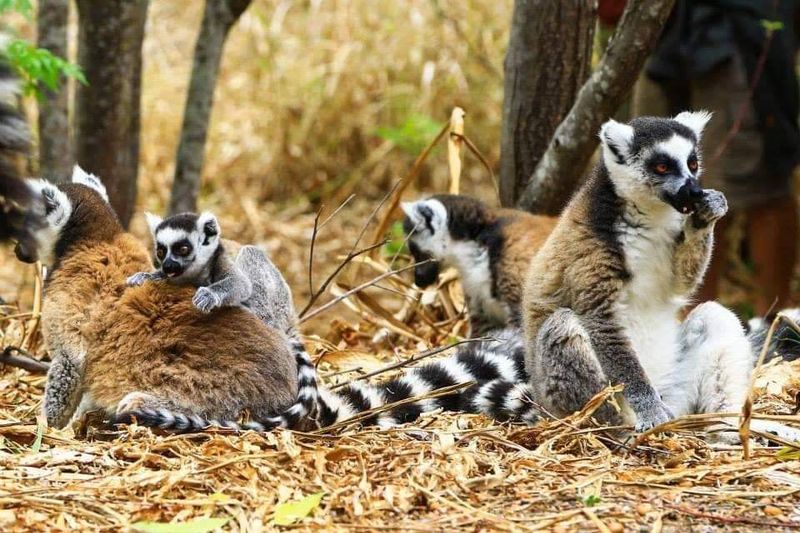 June is the coldest month in Madagascar, but the daytime temperatures rarely dip below 20°C (68°F). If you are heading to the coastline, you’d still be able to enjoy some beach days. Plus, you can swim, snorkel, scuba dive, and take boat trips if you head to Nosy Boraha or Toamasina.

Isalo National Park is a great choice to visit in June. The temperature is optimal for afternoon hikes. You’d be able to spot lemurs swinging through the trees. Many of the trails take you to breathtaking natural swimming pools.

Although mostly known for its breathtaking sceneries, Isalo is also home a lot of the rare species found in Madagascar. Keep an eye out to spot the fossa, as well as two species of the civet. Also, the park houses 14 lemur species, including the iconic ring-tailed lemur.

»Visiting Madagascar? Here’s a flexible itinerary to visit Madagascar and explore the world’s most stunning animals.

Take advantage of one of the best months for wildlife viewing and book a private safari in Africa.