Zanzibar: 5 Awesome Things to Do Worthy of Your Bucket List 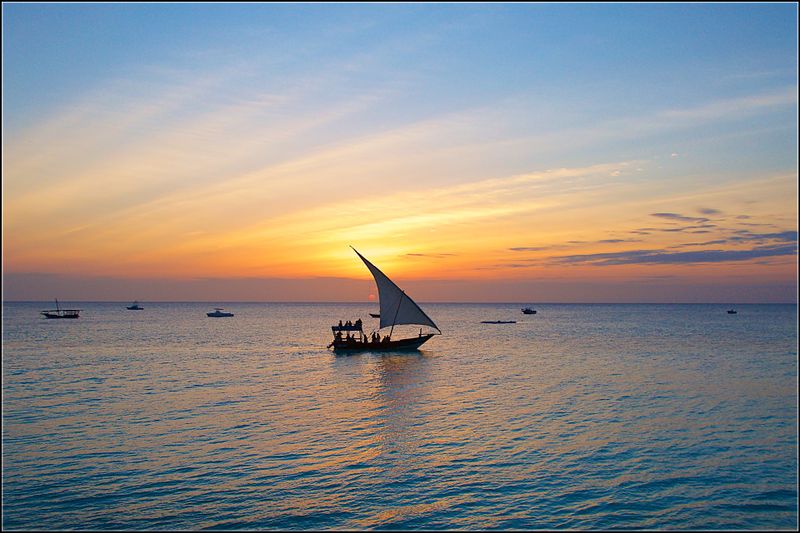 Located in the Indian Ocean just 24km/15 mi off the coast of Tanzania, Zanzibar is an exquisite gem in East Africa.

The Zanzibar Archipelago consists of many small islands and two larger ones. It is a semi-autonomous part of Tanzania, with its capital located on the island of Unguja.

There is much to see and do in Zanzibar, whether you are looking for an adventure, a touch history, or just pure relaxation. Zanzibar’s scenic landscape is second to none and is home to unique wildlife found nowhere else in the world.

Is Zanzibar your next escape? Here are 5 splendid to-do activities that you should add to your travel itinerary! 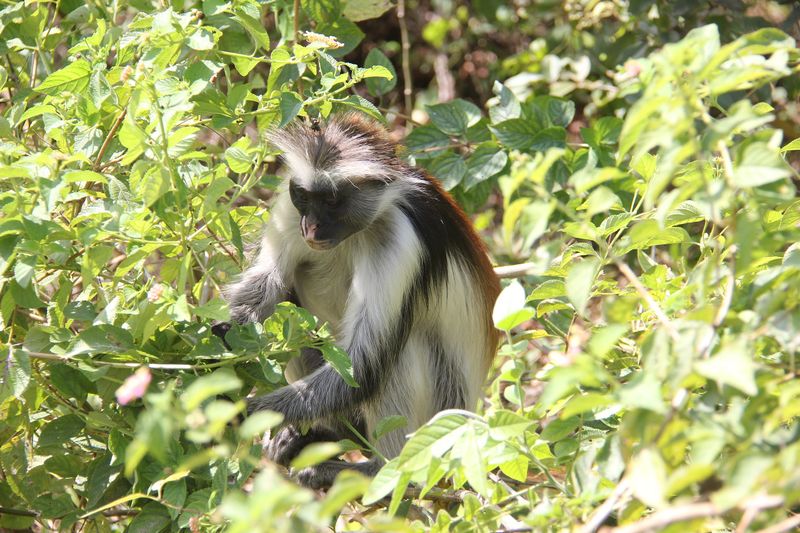 Zanzibar is also home to some of the world’s most endangered animals including the red colobus monkey and the servaline genet.

The Zanzibar red colobus monkey can be found in Jozani Forest, part of the at Jozani Chawka National Bay Park, the only national park in Zanzibar.

It is the most endangered monkey species in Africa, with a population estimate of between 2,000 to 3,000 individuals. Like most primates, they are a social species living in troops between 15-30 animals.

The park is home to another engendered species, the Zanzibar servaline genet, a subspecies of servaline genet endemic to Unguja Island. The first specimen was captured in 1995 and its conservation status is still uncertain.

The Zanzibar leopard is somewhat of an “urban legend”, though. It’s believed to be extinct on the island, however, locals swear they can still spot it.

The main activity in the park is following the forest nature trail, a mere 45 min walk. Another activity worth considering is taking the boardwalk through the creek-side mangroves. 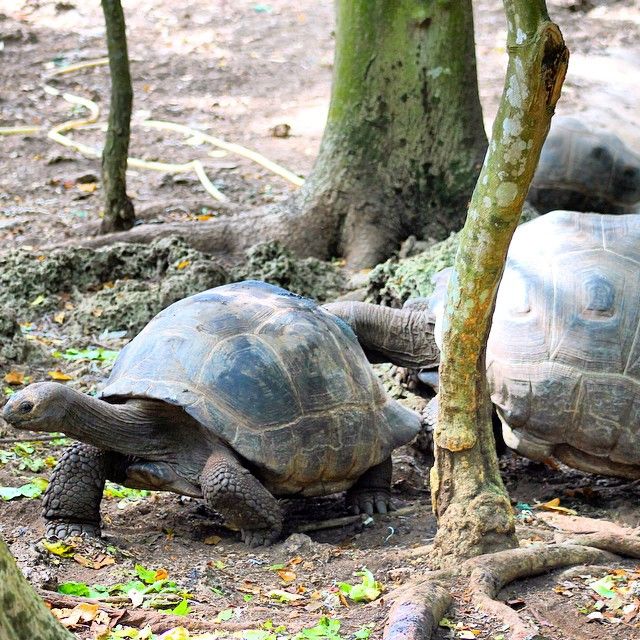 True to its name, Prison Island is a former prison for slaves and a quarantine station from Zanzibar.

Strategically located just off the Old Stone Town, Prison Island offers more than its notorious history. It is also home to giant land tortoises known as the Giant Aldabra Tortoise. These large creatures were previously imported from the island of Seychelles in the 19th century and have made Prison Island their home ever since.

Giant Aldabra Tortoises can live up to 2 centuries long and is an herbivorous animal, eating grass, leaves and woody plant stems. Take the opportunity to feed and pet these gentle giants when you take a stroll along Prison Island! 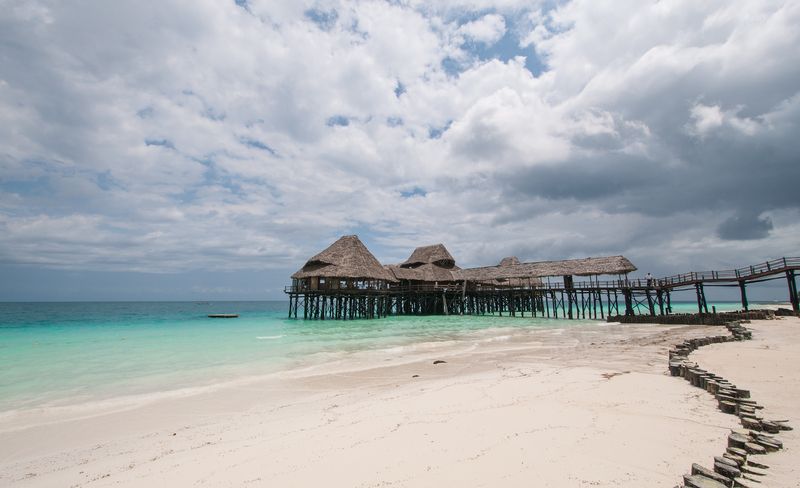 Ask travelers what they think is the top thing to do in Zanzibar and most would probably say to visit the islands’ many beaches. Famous for its powdery white beaches and the protective barrier reef that line its Eastern coastlines, beaches in Zanzibar are exquisite.

There are many beaches to choose from, but Nungwi and Kendwa beaches are the most popular choices among locals and tourists.

Nungwi beach is located north of the island and is unique because it doesn’t experience significant low tides, allowing swimmers to swim all day without having to chase the waves all the way out into the ocean.

Another popular beach is Kendwa beach, located south of Nungwi. Kendwa is Nungwi’s quieter counterpart, boasting a lesser crowd and a more relaxed atmosphere. Kendwa is the perfect place to just sit back, relax and perhaps enjoy a relaxing dose of yoga or even an exhilarating surf experience while you watch the sunset! 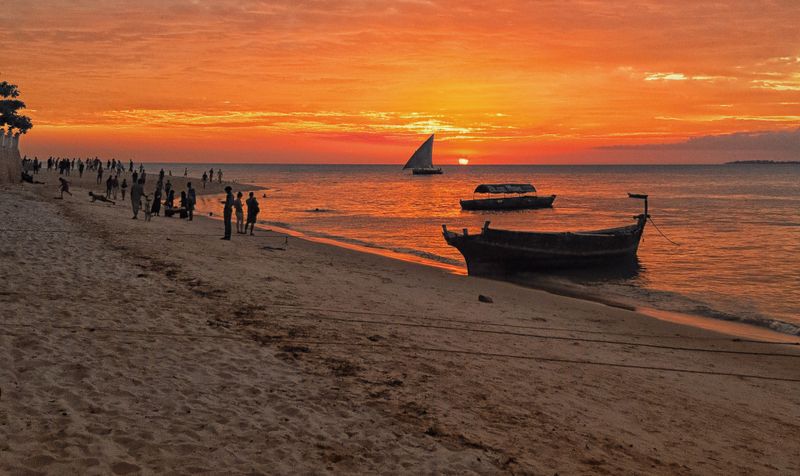 Zanzibar is synonymous with stunning sunsets.

Stone Town – the old part of Zanzibar City – is the best place to catch the last light of the day. It is located on the western coast of Unguja.

Nungwi & Kendwa Beaches are also excellent choices, as they face west. Show up with time to spare and claim one of the hammocks in front of the beach bars.

But the most stunning way to watch the sunset and get unobstructed views is on board a dhow (traditional Arabic sailing boats) during a sunset cruise.

Indulge in a Spice Tour 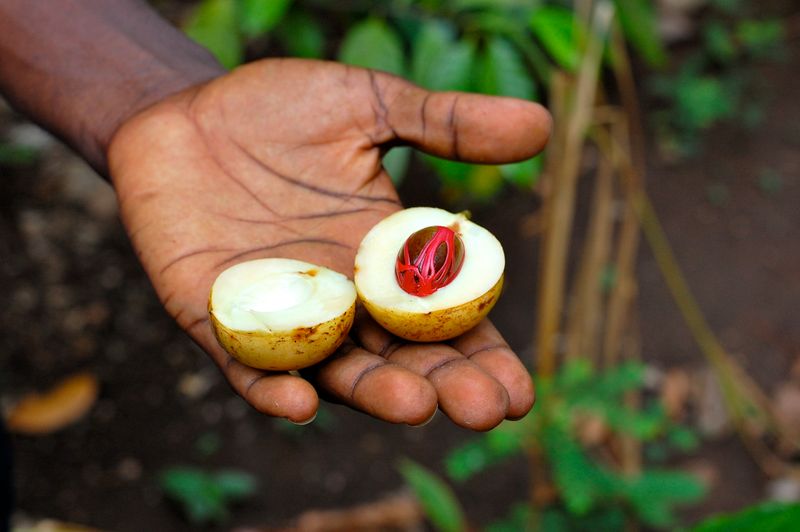 It is almost unthinkable to leave the island also known as “Spice Island” without going on a spice tour.

In the 19th century, Zanzibar was known as one of the world’s leading producers of a variety of spices including nutmeg, cinnamon, and clove. Initially introduced by Portuguese traders to the island in the 16th century, modern-day Zanzibar still produces high-quality spices that are exported internationally. Stone Town used to be a flourishing center of the spice trade.

On a spice tour, you will see how spices are cultivated, experience first-hand their smell and taste and get the opportunity to buy some locally grown spice home! The vibrant colors of the spices are definitely as much a feast for the eyes as it is for the taste buds and a great photo opportunity to share with family and friends. Perhaps you might also be inspired to cook up a storm in the kitchen!

Inspired to make a trip to Zanzibar this year? Then you should combine its exquisite beaches with a safari in Tanzania for an amazing African adventure.