6 Amazing Things To Do During a Safari in Botswana Blessed with some of the best wildlife on Earth, Botswana is home to national parks and reserves that cover more than one-third of the country.

Vast landscapes, varied wildlife, and friendly people make this country in Southern Africa a great choice for an African trip.

To make your experience in Botswana even more unforgettable, here are six amazing things to do when visiting this amazing country. Chobe National Park is the third largest conservation area in Botswana. Covering over 11,700 sq km/ 4,517 sq mi of floodplains, swamps, and woodland, Chobe is also Botswana’s first established national park. The scenery is astounding and a bit of exploration around the park will ultimately take you to Africa’s most scenic river – The Chobe River.

Travelers who embark on a safari in Chobe National Park are after one sighting – the park’s herds of majestic elephant, all 120,000 of them. The best time to spot these gentle giants is during the dry winter months, from May through September, when they gather on the banks of the river for water and play.

Take in the Unbelievable Sights at Okavango Delta 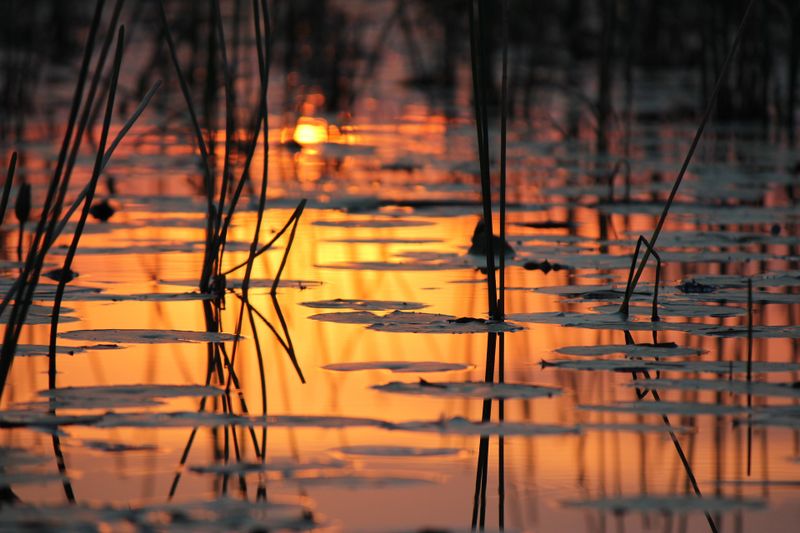 Witnessing animals in combat, be it for survival or over territory, is a common sight at the Okavango Delta.

Located in northern Botswana, the Okavango Delta is formed by the waters of the Okavango River that flows from the Angolan highlands and into the Kalahari Desert, creating a lush delta. This phenomenon happens each year, sometime between May and June, when the flooding of the Okavango Delta turns the dry savannah into a wetland – an oasis of sorts and the world’s largest inland delta.

It is at this time, which is also coincidentally Botswana’s dry season, that animals of different species awaken the Delta with lively wildlife activity.

At the Delta, you will be able to catch glimpses of large animals like elephants, buffalo, and wildebeest, as well as predators like lions, leopards, and cheetahs. Birds and insects also flock to the Delta, adding to the bustling activity that happens each year.

Experience the Wilderness of the Kalahari Desert The Kalahari Desert spans 932,000 sq km / 360,000 sq mi across Botswana, Namibia, and South Africa and is home to several reserves, with the Central Kalahari Game Reserve being among the most extensive ones.

Not being a desert in the truest sense has allowed the Kalahari to accommodate abundant wildlife including giraffes, bush elephants, cheetahs, antelopes, and leopards. It is also covered with vast vegetation that has helped species thrive.

What makes the Kalahari even more special is that it is also home to the San people, who have been inhabiting these lands for thousands of years.

Economic advancement and the discovery of diamonds in the Kalahari Desert have threatened the San people’s livelihood and ability to live on their ancestral lands. In 1997, three-quarters of the San population living in the Central Kalahari Reserve were relocated. Though a Botswana court deemed this decision illegal in 2006, much still needs to be done in order to restore the San people to their rightful homes.

Track the Big Five in the Moremi Game Reserve 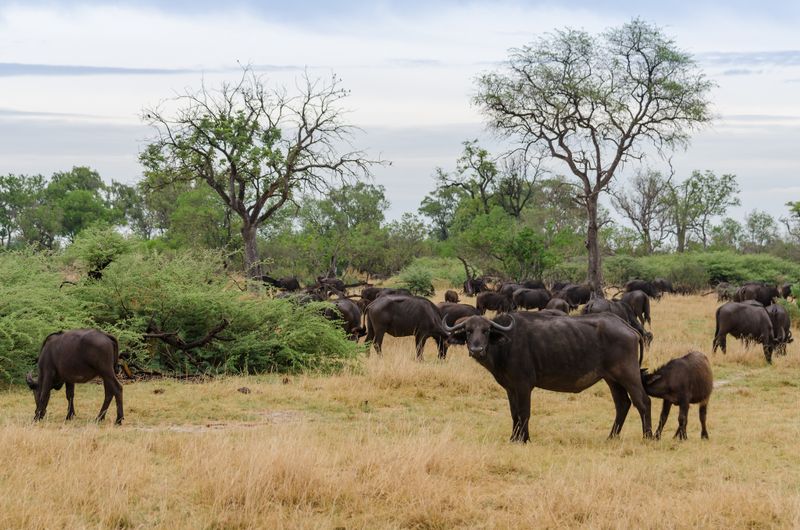 The Big Five animals are a must see for every first-time safari goer. If you choose a safari in the Moremi Game Reserve, there’s a good chance that you’d get to see all of them: elephant, rhino, lion, buffalo, and leopard.

The reserve covers much of the eastern side of the Okavango Delta and combines drier areas with permanent water ones. These make the Moremi Game Reserve a great place to experience game views in the savannah and go birdwatching in the lagoons.

The thick woodland areas are where you have a chance to see the famed African leopard, while the rest of the Big Five can be seen in the savannah.

The peak time for game viewing is between July and October. You can explore the reserve by jeep safari, on foot, or by mokoro, each type of safari offering a unique experience.

See the Meerkats in the Makgadikgadi Pans National Park 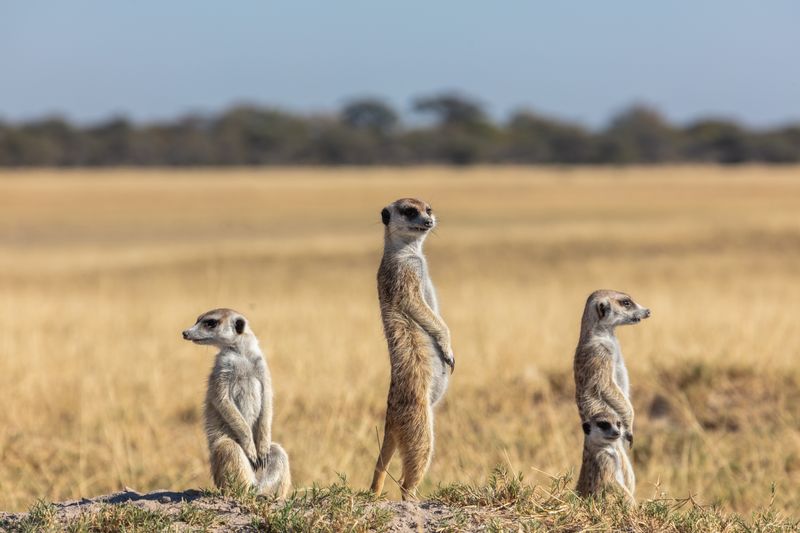 Makgadikgadi Pan is one of the largest salt pans in the world. It used to be a lake covering a huge part of North Eastern Botswana before it turned into the dry and inhospitable terrain we can still see today. It is located southwest of the Okavango Delta and is surrounded by the Kalahari Desert.

Due to the isolated nature of the area beyond Gweta – the best entry point – it is recommended to choose a safari to explore the area with a guide.

The pan is home to a very cute and clever animal: the meerkat. It digs tunnels to escape predators and spends time foraging in the bush. Seeing a mob of meerkats keeping a sharp lookout and organizing themselves is a sight that’s hard to forget and the main reason people visit this national park.

There is always a chance that you will see other wildlife here. Wildebeest, zebra, and giraffes are common, and you may be able to occasionally see elephants. The wet season brings migratory birds, making it possible to see great white pelicans, ducks, and geese.

Experience the Best of Botswana During a Luxury Safari Surprisingly, safaris in Botswana tip a little more on the pricey side. The country is considered the expensive safari destination in Africa during peak season. But with a luxury safari in Botswana comes exclusivity and exceptionally high standards.

The model of low-density tourism makes Botswana one of the best countries to go on a safari. The private concessions have only 2 or 3 safari camps with exclusive rights to a lot of land. This allows for more freedom as well as night drives (which are not allowed in public parks).

Many of Botswana’s lodges are only accessible by small planes, hiking the cost up even higher. Though expensive, Botswana’s safari experience promises you an intimate encounter with nature but with none of the downsides.

Planning to visit this breathtaking African nation soon? Combine the best of what Botswana has to offer when you go on a luxury safari in the Okavango Delta!