What to Do in Zimbabwe: 5 Things You Shouldn't Miss 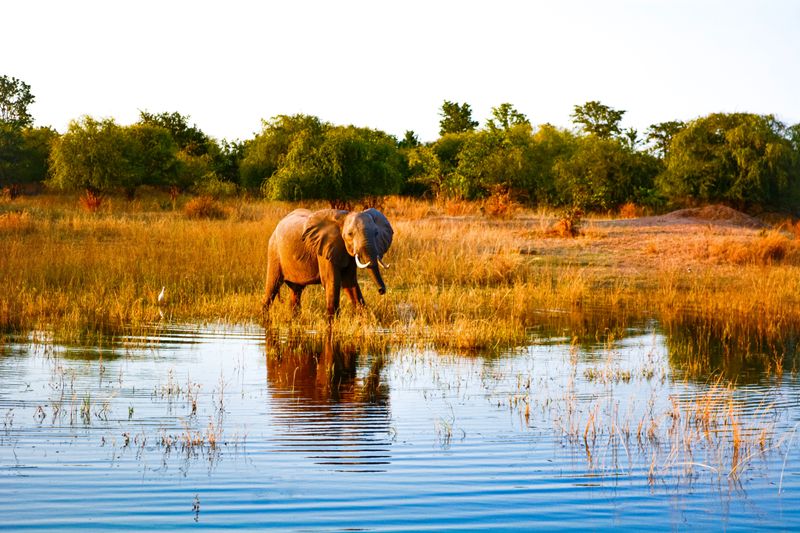 Located off the tourist trail, Zimbabwe is an amazing destination to explore in Southern Africa.

Home to ancient medieval ruins, stunning national parks, roaring rivers and waterfalls, this African country is still a gem waiting to be discovered.

As a country few people know about, you may wonder what you can do in Zimbabwe. That’s why, in this article, we’ve put together a list of fascinating recommendations to make sure your trip to Zimbabwe will be incredible. 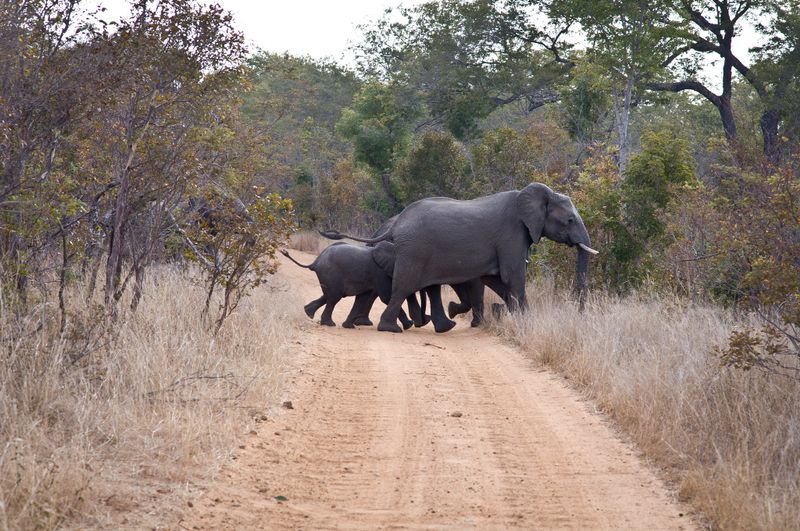 Located just a short distance from Victoria Falls, the park can easily be visited during a short stay (2 days). Get a chance to marvel at its beauty by going both on a morning and afternoon game drive.

Founded in 1928, Hwange National Park is home to a whopping 400 bird and 100 mammal species, including eight large carnivores and 19 large herbivores. You may be lucky to spot all of the Big Five animals here. Also, this national park has a reputation for predator sightings. Lions, leopards, and cheetahs are regularly seen on drives.

In addition, the park is an important breeding ground for the endangered African wild dog, black rhino, as well as the roan and sable antelopes.

If you want a traditional African safari experience, Hwange will offer you just that! 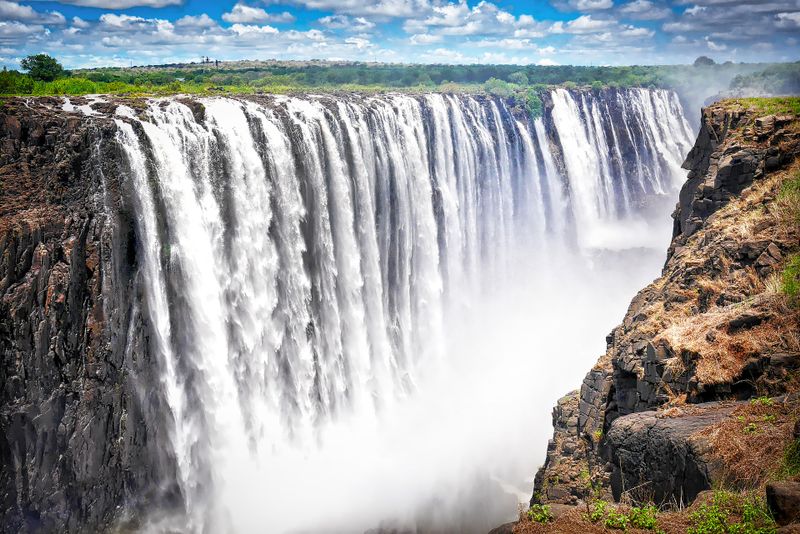 CNN included Victoria Falls on their list of Seven Natural Wonders of the world.

Located between Zambia and Zimbabwe, at its center, Victoria Falls measures 355 ft (108 m) in height and has an average flow rate of 38,430 cu ft/s (1088 m3/s). It is an impressive and stunning waterfall; a must-see travel destination and one of the greatest curtains of falling water in the world.

It is not far away from Botswana either, making it a perfect stop-over on many Southern African trips.

There are a lot of activities to do here – including bungee jumping and white-water rafting – but if you are looking for something more affordable, you can take a walk along the Zimbabwean side and marvel at the water flow.

If you want to combine a visit to the falls with seeing the local flora and fauna, then you should know that Victoria Falls National Park protects the south and east bank of the Zambezi River and the world-famous falls. It extends along the river from the larger Zambezi National Park.

The park comprises a rainforest that grows in the spray of the falls. It is home to palms, ferns, as well as several trees that can only be found here. As for the wildlife, you may spot elephants, hippos, Cape buffalos, and a variety of antelopes. 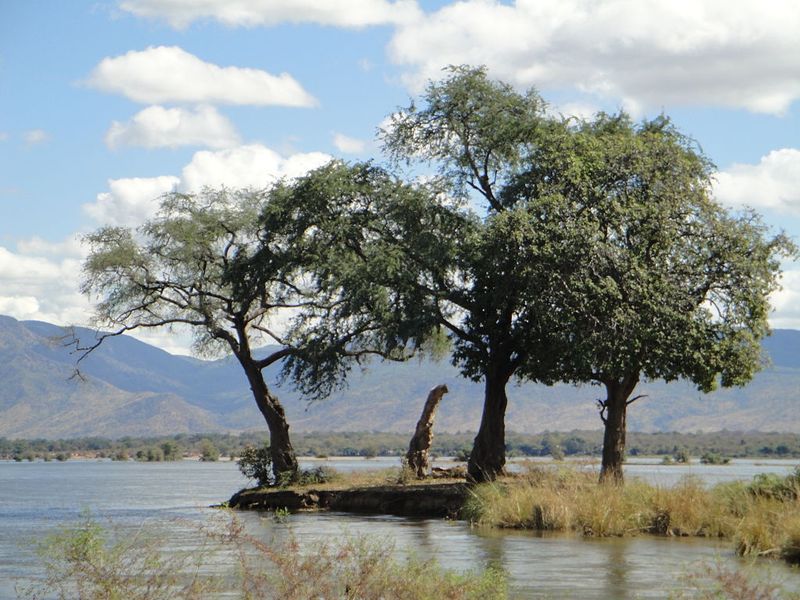 One of Africa’s most renowned wildlife spotting regions, Mana Pools National Park is located in Northern Zimbabwe. It is a region of flood plains of the lower Zimbabwe River which turns into lakes during the rainy season. As the lakes gradually dry up, many animals are attracted to the area in search of water.

Do note that the park is unfenced so the animals can run freely. And that includes your campsite.

The best way to explore this park is on a walking safari. You may get a chance to spot elephants, lions, and crocodiles. 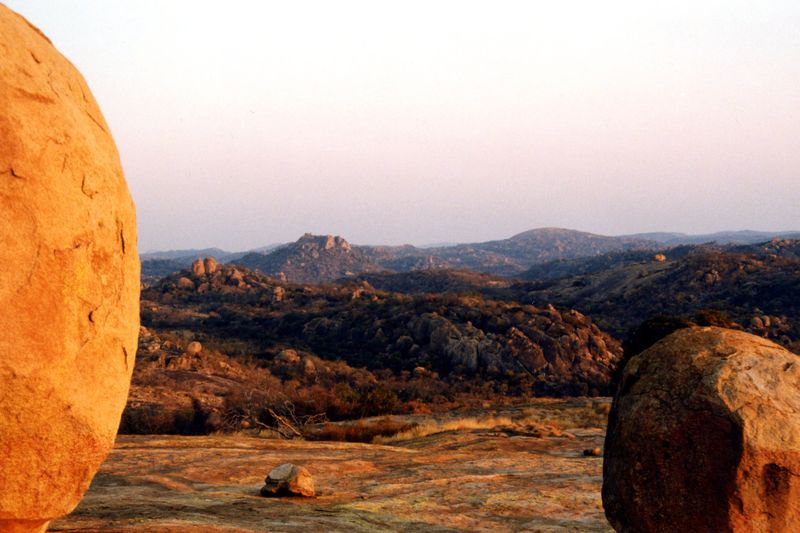 Matobo National Park is home to some of the most stunning granite scenery in the world. A UNESCO World Heritage Site, Matobo stuns the visitors with its otherworldly landscape of balancing rocks.

It is divided into the recreational park and game park. The latter was hit hard by poaching but you may still get a glimpse of black and white rhinos, as well as leopards.

Also, the park houses one-third of the world eagle population. You may be able to spot the rare Cape eagle owls, as well as black eagles and African hawk eagles. 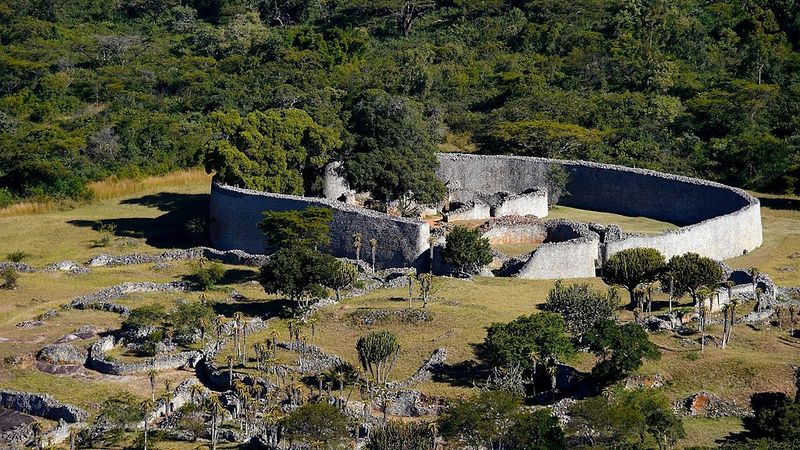 The ruins of Great Zimbabwe date back to the 11-15th centuries. A UNESCO World Heritage Site, it is divided into three major areas (the Hill Complex, the Valley Complex, and the Great Enclosure). The Medieval city is believed to have been built by the members of the Gokomere culture.

Evidence shows that Great Zimbabwe may have been used as a royal palace and, as such, was the seat of political power. Among the most important ruins are the walls, which were constructed without mortar.

The decline started around 1450 and has been linked to the decline in trade compared to the sites further north.

Great Zimbabwe is easily explored on your own but if you prefer to get more info, you can arrange for a tour guide at the checkpoint.

The closest town to the ruins is Masvingo.

Eager to discover Zimbabwe and its magnificent wildlife? Answer the call of the wild and book a Jeep Safari in Zimbabwe!