If you also want to go on your first safari, you probably have a lot of questions before you even begin to research your trip.

This is why we’ve put together a guide that will help you get a good grasp of what you should expect during an African safari and provide you with useful information before embarking on a great adventure in the African bush.

But first, how did safari destinations become so popular?

At first, safaris revolved around the trading industry.

However, back in 1836, Sir William Cornwallis Harris led an expedition in Africa to observe and record wildlife and landscape. He established the safari style: rising at first light, a walk during the day, an afternoon rest, dinner, and evening stories shared over drinks.

Thus, the focus shifted towards adventure and exploration. Unfortunately, back then, a safari was also a synonym for a hunting trip. It used to be trendy and fashionable, an activity suited for privileged families.

»Read more about The African Safari Lifestyle: Then & Now

Geography and climate of Africa 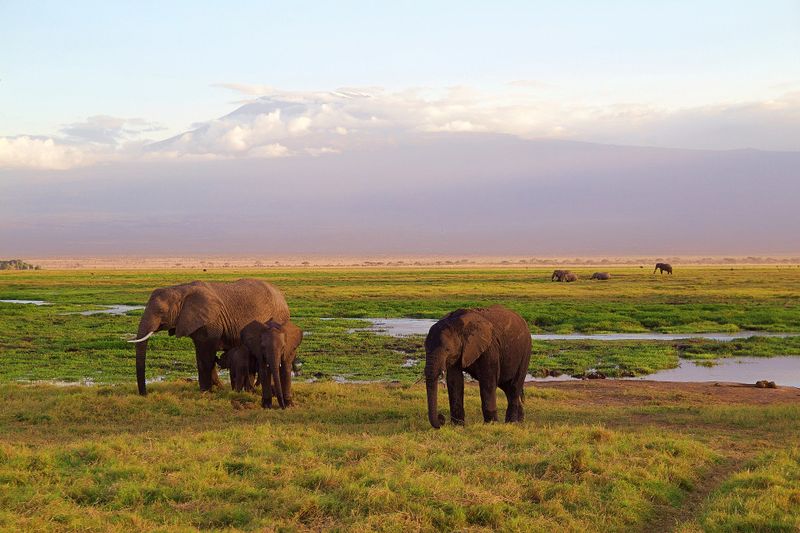 Africa is the second-largest continent (after Asia). The northern part has two mountainous regions – the Atlas Mountains and the Ahaggar (Hoggar) Mountains; while the southern part includes plateaus the Ethiopian Plateau, the East African Plateau, and the Drakensberg range.

Several factors influence the continent’s climate, including its location on the globe. It lies within the tropics and is bisected by the Equator. Plus, there’s also the influence of the sea, particularly in Southern Africa.

The savanna climatic region covers almost half of Africa’s total surface area, extending from the semiarid areas towards the Equator. The major characteristic of this area is the seasonality of rainfall, which creates the rainy season and the dry season.

In the northern and southern extremities of the continent, there’s a Mediterranean climate. Rain falls in winter – December and January in Northern Africa; respectively, June and July in Southern Africa. The temperatures are lower than in the tropical climates during winter but may climb higher during the summer.

The mountain climate region includes the high mountain areas of Ethiopia and the lake region of East Africa (most of them lie within the East African Rift System). It can get cold enough to receive snow on the higher peaks, such as Kilimanjaro.

Where to go on an African safari 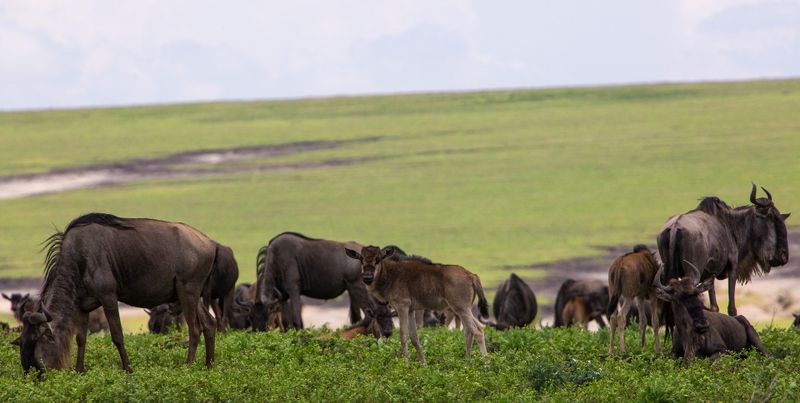 Although Africa has a lot of exciting places to visit, most popular safari destinations are concentrated in the savanna, tropical, Mediterranean, and mountain climatic areas.

In each destination, there are different animals to be spotted and different safari culture to be experienced.

However, there are some countries that have quickly climbed to the top of safari-goers’ wishlist:

When to go on an African safari 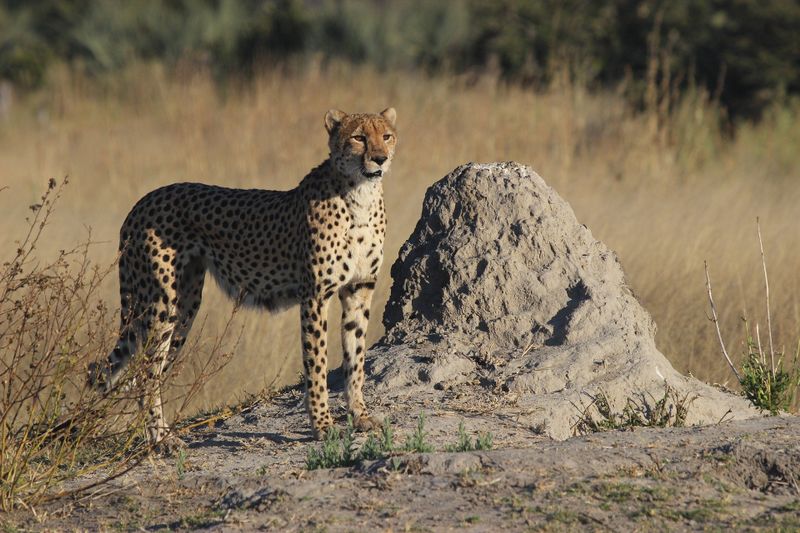 The diversity of the countries, climatic regions, as well as the animals, birds, and plants that can be spotted while on an African safari makes choosing the right time to go a bit challenging.

Factor in other variables such as international flights, budget constraints, and vacation time needed to enjoy such a trip, and you need to plan accordingly.

Although the traditional safari season lasts from May to September, you can plan a trip for any time of the year. But you do need to be careful with the destination you choose.

That said, it’s best to first decide what you want to see and then where and when to go. However, if you are rather stuck with a certain time of the year when you can take vacation time off, then research what there is to see when you can go.

For example, July and August, the traditional Norther Hemisphere summertime vacation months, are excellent for gorilla trekking in Rwanda. This is also the dry season in Botswana, making wildlife viewing in Chobe National Park and Okavango Delta a delight. 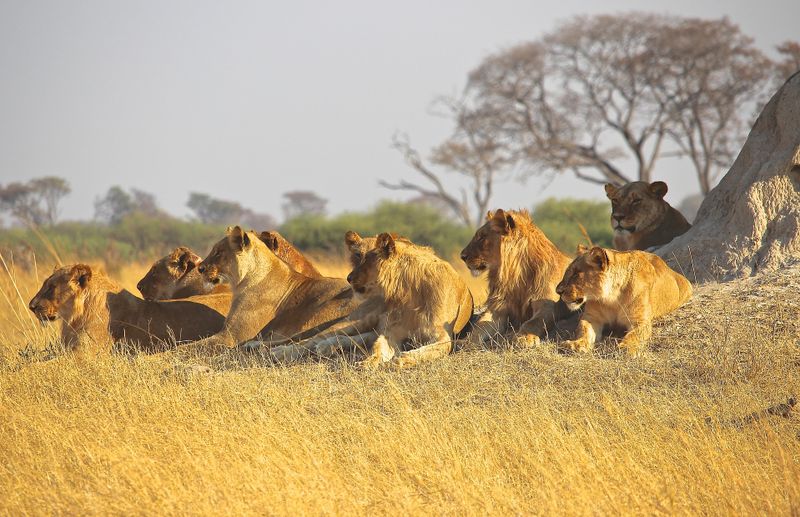 Safari trips on land, by water, or air offer the unique chance to witness a plethora of wildlife. Some of the world’s most dangerous, beautiful, and unique animals live in Africa.

Africa is home to the world's biggest cats, also known as the best hunters in the animal kingdom. You'll be able to spot lions resting in the shadow. Leopards are usually found well hidden in the trees, while cheetahs relax hidden in tall grasses.

The majestic elephants seem to always be on the lookout for a water source, and at the same time, the hippos and crocodiles swim, without any worries, in the rivers and water holes. All the while, the zebras and Cape buffaloes graze on the endless plains.

What to wear during a safari in Africa 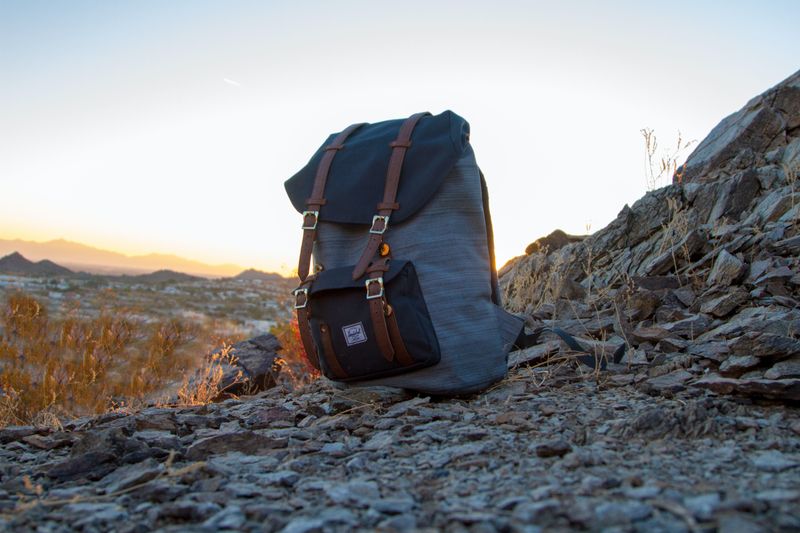 Packing for a safari in Africa is very different compared to any other trip. Especially for this type of activity, you need to remember the golden rule: “Less is more”. You need mobility, the vehicles have limited space, and if you fly between the African parks there are strict luggage restrictions.

For your clothes, choose colors that blend in with the environment. Avoid white, as well as dark colors (black and dark blue) – the latter attract the tsetse fly. Make sure to pack long-sleeve blouses, long trousers, a waterproof windbreaker, and a warm jacket.

And remember, you should break in the shoes at home, not when you travel. Pack a light pair of hiking shoes, and a good pair of walking shoes.

Don’t forget your camera, chargers, and accessories. A pair of binoculars and a headlamp are also useful.

A daypack to carry your essentials during game drives, as well as a water bottle, insect repellant, and various over-the-counter medicine shouldn’t be missing from your luggage either.

What to expect from the meals on a safari 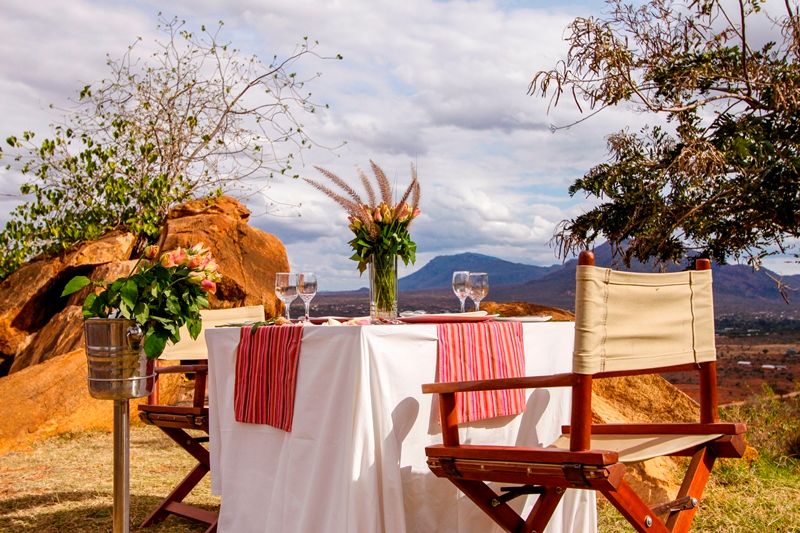 Depending on the type of safari you choose, you may enjoy local cuisine or international fare. Once you pick your destination, make sure you do your own research and get familiar with the typical meals of the country in case you want to try the local food.

However, when it comes to the food served at lodges and camps, you can expect a very European menu. Often, there will be coffee and tea before you set out on the morning drive or walking safari, followed by a brunch or large breakfast when you return to the camp or lodge.

Lunch comprises several courses and sometimes may be enjoyed in the bush. Teatime (at about 6 pm) comes with yummy snacks, while dinner is an elaborate affair complete with three courses.

Many lodges help the local communities by helping them set up chicken coops and vegetable gardens which supply fresh ingredients for the meals. Do expect some focus on grilled or broiled meat.

Lately, however, many places have started offering vegetarian and vegan options if announced in advance by the guests when booking a safari. Therefore, when you inquire about the safari, make sure to also ask if they can cater for your dietary needs.

Is an African Safari safe? 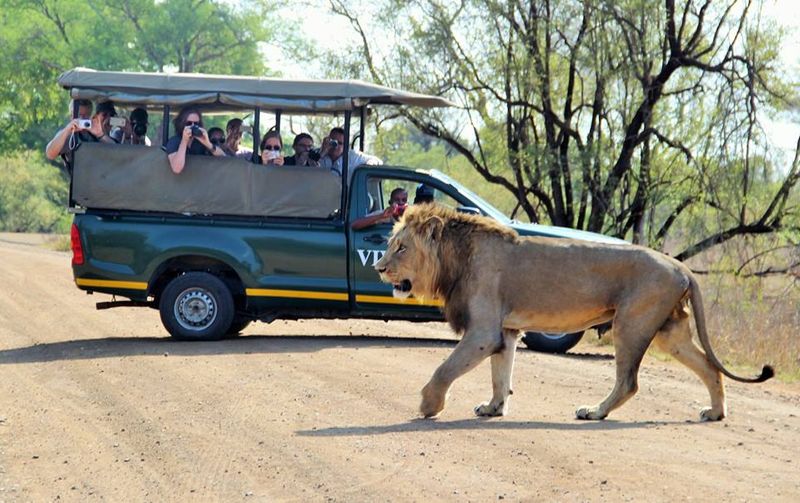 Of course, it is!

However, make sure to talk to your healthcare provider to take the anti-malaria medication if necessary, get all the required vaccines, and bring medicine such as antibiotics, antihistamines, and pain-killers. You should always bring a good insect repellant and sunscreen.

While on a self-guided safari, make sure to strictly obey the rules of the park. Don’t get out of your vehicle, don’t litter, and stay on the marked roads.

Whereas when on a guided safari, always listen to your guide. They not only offer their expertise in spotting animals but they’re also there for your own safety.

Looking for an adventure but you are concerned about the budget? No problem, you can always choose an affordable safari and enjoy the best that Africa has to offer without breaking the bank.