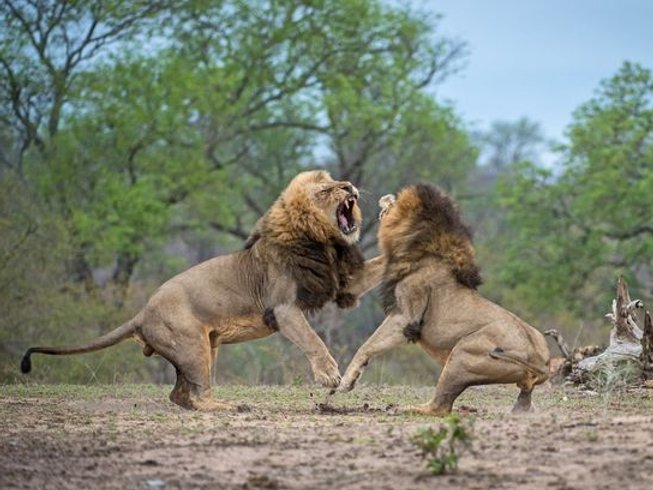 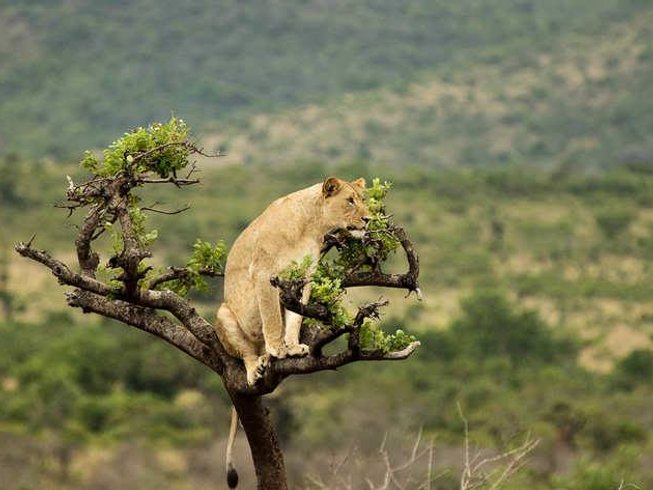 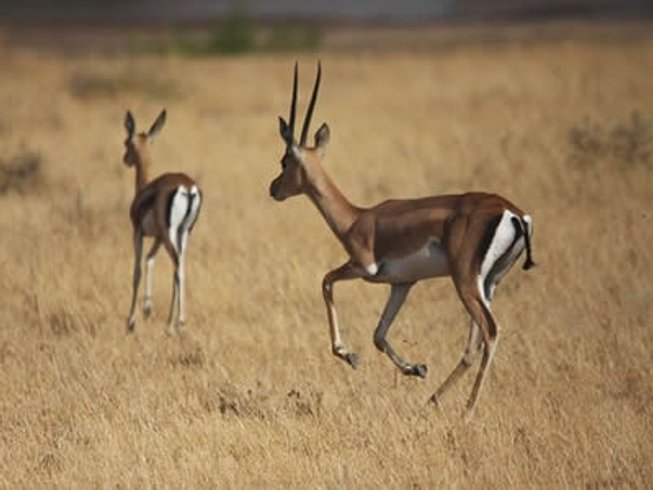 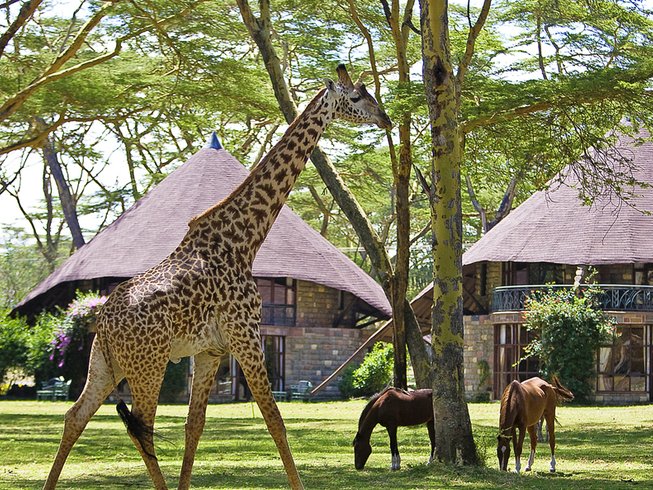 Login to save to your favorites
“Immerse in the sights and sounds of Africa!”
​
Photo
all media

During this safari, you will visit two of Kenya's well known national parks and take in scenic and unique views. You'll be brought to Lake Nakuru National Park and Maasai Mara National Reserve where you'll find Africa's treasured wildlife roaming the park and do reserve grazing or hunting. An experienced guide will be on game drives to enhance your safari experience.

You will stay at Miti Mingi Eco Camp in Maasai Mara and at Citymax Hotel in Lake Nakuru. Accommodations are based on two persons sharing a double occupancy room or tent. Where possible, rooms with private baths are provided. Single rooms, which are available at an additional cost, cannot be guaranteed.

After breakfast, you will be picked up from your hotel around 07:30 to 08:00 and you will drive west for Maasai Mara National Reserve with lunch en-route arriving in time for evening game drive. Maasai Mara National Reserve is Kenya's finest wildlife sanctuary. Including migrants, there are well over 450 species of animals have been recorded here. Although July, August, and September are the months when the Mara plains are filled with migrating wildebeest and zebra, there is also resident wildlife year round. The famous Maasai tribesmen live within the dispersal area of the national reserve. Dinner and overnight will be at the camp (with hot showers and flush toilets).

After breakfast, you will proceed on a full day of game drive viewing within the reserve. The landscape here is scenic savannah grassland on rolling hills. The reserve is the best park for game drives in Kenya as it has an extensive road and track network which allows for close range viewing and photography. Break for your picnic lunch at the hippo pool, looking out for hippos and crocodile. Dinner and overnight will be at the camp.

You will have an early morning pre-breakfast game drive. After breakfast, you will depart the Mara region for Nakuru, lunch en route, with scenic views of Mount Longmont and Lake Naivasha from afar on the main highway. Dinner and overnight will be at the budget hotel with self-contained rooms.

After breakfast, you will depart for a game drive in Lake Nakuru, and later drive to Nairobi with lunch en route. You will arrive in the afternoon and be dropped at the airport.

Lake Nakuru National Park a shallow alkaline lake which lies about 100 miles north of Nairobi. The lake is world famous as the location of the greatest bird spectacle on earth - myriads of pink flamingos whose numbers are legion, often more than a million, literally turn its shores pink. They feed on the abundant algae which thrive in the warm waters.

Flamingos are not the only avian attraction as the lake is rich in other birdlife. There are over 400 resident species on the lake and in the surrounding park. Large numbers of pelicans concentrate by the freshwater streams that flow into the lake, and thousands of other birds may be seen including African fish eagles, white-winged black terns, stilts, avocets, ducks, and in the European winter, migrant waders.

The national park surrounds the lake, offering a wide ecological diversity, from the lakeshore, woodland, grassy plains to rocky escarpments, and ridges. Recently enlarged to provide a sanctuary for black rhino, it has one of the largest concentrations of rhinoceros in the country, both black rhino and white rhino, so the chances of spotting them are very good. There is also a number of Rothschild’s giraffe which was translocated for safety from western Kenya. Waterbucks, zebras, and cape buffaloes are very common.

Lions are present in the park and like the lions of Lake Manyara, they are quite often seen in the acacia trees. Leopards are also frequently sighted. Lake Nakuru National Park is one of the places where visitors have the best chance of seeing these elusive big cats. The bushlands offer elands, warthogs, impalas, mountain reedbucks, and dik-diks, while rock hyraxes and klipspringers occupy the cliffs and escarpment.

The Maasai Mara National Reserve is probably the most famous and most visited reserve in Kenya. It offers breathtaking views as seen in the film "Out of Africa," much of which was filmed there. It has an extraordinary density of animals including "the big five" - lions, leopards, elephants, buffaloes, rhinoceros, and many varieties of plains game.

An impressive feature is the annual migration of wildebeests, zebras, and gazelles from the plains of the Serengeti that cross the Tanzanian border and rivers to reach Mara's grasslands from late June, tracked by predators: lions, leopards, cheetahs, and hyenas and circled by vultures. Their dramatic river crossings are a reality for tourists visiting in early July and August. Apart from the seasonal migration, game-viewing is excellent year round. The game includes elephants, black rhinos, buffaloes, plains zebras, hartebeests, and big cats. The rivers are home to hippos and crocodiles. 53 of the 452 species are raptors.

Accommodation ranges from stone built lodges to luxury tented camps. The area to the north owned by the Maasai offers great game viewing, game walks, and night games. Safari operators set up private camps for small groups seeking exclusive and traditional safaris out of the reserve. In the reserve are four tented camps and two lodges.

The Maasai Mara National Reserve is best known as one of the world’s greatest wildlife spectacles, the great migration of wildebeests and zebras. Covering an area of 650 square miles in southwestern Kenya, the Maasai Mara is bordered in the west by the Oloololo Escarpment of the Great Rift Valley and in the east by the Ngama Hills. The Maasai Mara is predominantly a vast open savannah but there are actually seven distinct habitats including permanent marshes, riverine gallery forest, and dense shrubland.

The wildebeest migration is most evident when they move northwards from the Serengeti through the Lobo or the Western Corridor from May to July, then concentrating in the Mara from August to October. The open rolling savannah grassland of the Mara is the home to numerous wildlife species including elephants, rhinos, lions, cheetahs, leopards, hyenas, jackals, buffaloes, elands, topis, impalas, gazelles, warthogs, and zebras. From June to September, the annual wildebeest migration takes place when thousands of these animals sweep across the plain and seek out new grazing areas.

On your free time, you can have the option to go on a balloon safari or visit the Maasai Village for an extra fee.

Please book your flight to arrive at Jomo Kenyatta International Airport (NBO). Transfer from and to the airport is included in the price. Papio Africa Holidays will pick you up from the airport.