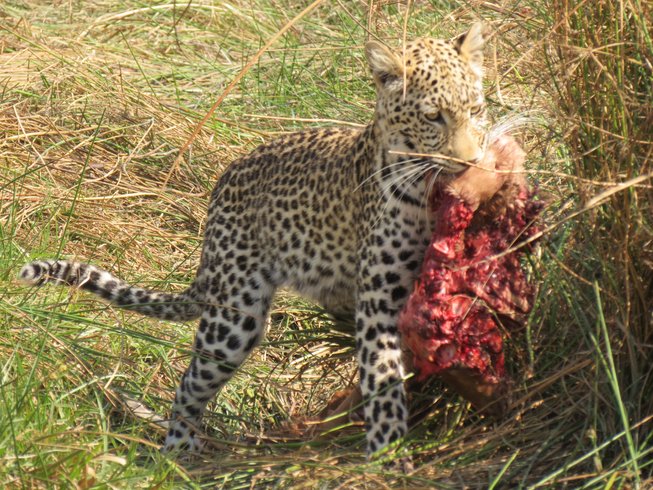 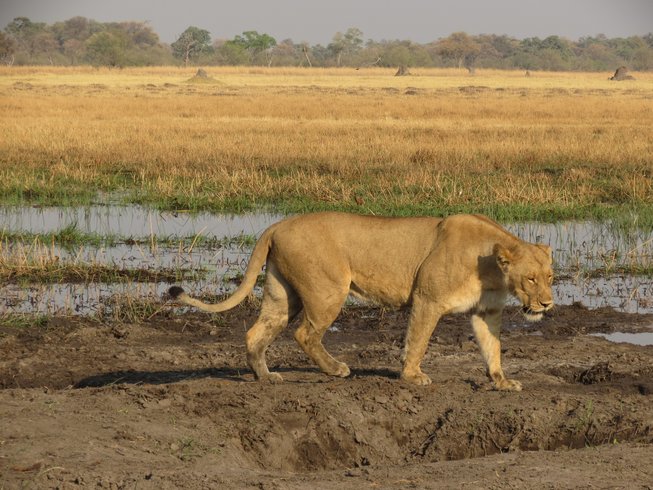 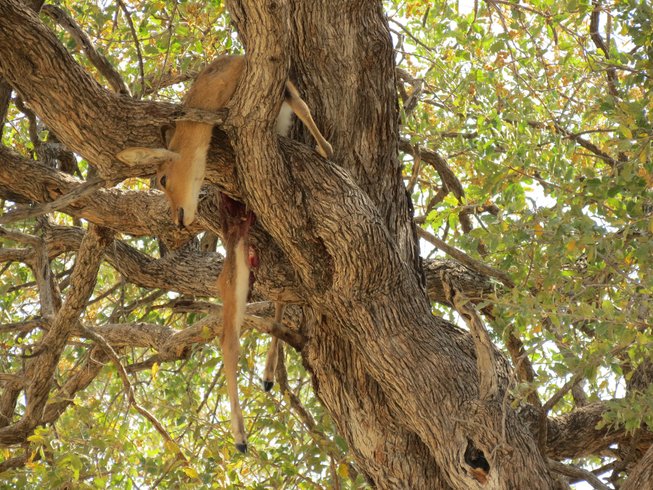 Login to save to your favorites
“Set Off On A Thrilling Wildlife Safari.”
​
Photo
all media

Shipungo Safari & Tours invites you to explore in full the Moremi Game Reserve and experience the Okavango Delta on this five-day Moremi Safari. Your days here will be spent on game viewing and enjoying the bush and the drylands of Moremi. Beside game viewing, you can also expect to have other optional activities such as mokoro (canoe) excursion or boat ride. Join and take your chance to see the Big Five of Africa!

You will be staying at the rustic Third Bridge Campsite. The mobile tents are equipped with bedrolls, external toilet, and external shower.

Shipungo Safari & Tours offers clients exceptional game sighting as they travel. Like any other mobile safari, Shipungo Safari & Tours uses 4x4 vehicle to conduct the activity within Moremi Game Reserve. Most of Botswana's camps and campsites are unfenced. You must take great care with wild animals as they can all be dangerous.

The mokoro is a common type of canoe used to get around in the shallow waters of the Thamalakane River. The guide stands in the back of mokoro and pushes it with the pole to give clients tranquillity. Traditionally, mokoros are made from dugout trunks of a large straight trees, like ebony, and sausage tree. It gives the occupants a view of the river and a feeling that they are actually floating ever so gently down the river.

Wildlife viewing using motor-powered boat, this is done normally to see some certain flora and fauna which are hundred percent water loving and water dependent. Sometimes endangered species that cannot be seen through vehicles or flight like Sitatunga, in most cases, motor boats are used to transfer guests into the delta if not by flight or vehicles.

In the morning after breakfast, you will leave Maun to spend four nights and five days to explore in full Moremi Game Reserve. Your camp will be set upon arrival and you will have your lunch before a game drive in Moremi Game Reserve. Moremi Game Reserve is well-known for the Big Five sightings, being the lion, leopard, buffalo, rhino, and the elephant. dangerous. Afterwards, you will return to the camp where dinner is served.

In the morning after breakfast, you will leave the camp for a long game drive to experience the other parts of Moremi Game Reserve. You will return to the camp for lunch and after that you have about two hours to rest before an afternoon game drive to experience, view, and enjoy the bush and drylands of Moremi. You will return to the camp where dinner is served.

After breakfast, the camp will be broken down and you will leave Moremi at around 10:00 for Maun where the safari will end.

Moremi Game Reserve is situated in the central and eastern areas of the Okavango, and includes the Moremi Tongue and chief’s island, boasting one of the richest and most diverse ecosystems on the continent. This makes for spectacular game viewing and bird watching, including all major naturally occurring herbivore and carnivore species in the region, and over 400 species of birds, many migratory and some endangered. Both black and white rhino have recently been re-introduced, now making the reserve a ‘Big Five’ destination.

Contained within an area of approximately 3900 square kilometers, here land and Delta meet to create an exceedingly picturesque preserve of floodplains - either seasonally or perennially wet, waterways, lagoons, pools, pans, grasslands and riparian, riverine, and mophane forests. This terrain makes driving Moremi’s many loops and trails both delightful and, at times, totally inspiring.

This gem of a game reserve has garnered a number of important distinctions. In 2008, it was voted the ‘best game reserve in Africa’ by the prestigious African Travel and Tourism Association at South Africa’s premier tourism fair, Indaba.

It is the first reserve in Africa that was established by local residents. Concerned about the rapid depletion of wildlife in their ancestral lands due to uncontrolled hunting and cattle encroachment, the Batawana people of Ngamiland, under the leadership of the deceased Chief Moremi III’s wife, Mrs. Moremi, took the bold initiative to proclaim Moremi a game reserve in 1963.

It is the only officially protected area of the Okavango Delta, and as such holds tremendous scientific, environmental, and conservation importance. Undoubtedly, Moremi ranks as one of the most beautiful reserves in Africa, possibly in the world.

The Okavango Delta is a large low gradient alluvial fan or ‘Inland Delta’ located in north-western Botswana. The area includes permanent swamps which cover approximately 600,000 hectare along with up to 1.2 million hectare of seasonally flooded grassland.

The inscribed world heritage property encompasses an area of 2,023,590 hectare with a buffer zone of 2,286,630 hectare. The Okavango Delta is one of a very few large inland delta systems without an outlet to the sea, known as an endorheic delta, its waters drain instead into the desert sands of the Kalahari Basin. It is Africa’s third largest alluvial fan and the continent’s largest endorheic delta. Furthermore it is in a near pristine state being a largely untransformed wetland system. The biota has uniquely adapted their growth and reproductive behavior, particularly the flooded grassland biota, to be timed with the arrival of floodwater in the dry, winter season of Botswana.

Dinner - 2 courses, either soup and a main or a main and desert.

Drinks - 3 liters of bottled water per person per day, fruit juice for breakfast and a couple of glasses of wine for dinner will be supplied. If you would like to bring any extra drinks we can supply a cooler and ice.