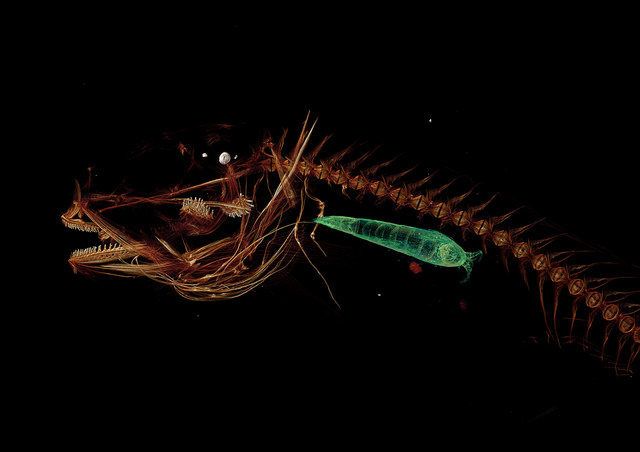 The planet Earth is a weird and wonderful place so it is no wonder that we humans just love exploring its ever-changing surface. The history of life on Earth goes back about 3.8 million years and is believed to have started with single-celled prokaryotic cells that evolved over billions of years into what we know and recognize today.

Although humans have been around for a mere 0.004% of the Earth’s history, we have done a pretty good job (so far) in uncovering the various plants and animals that make our world such a beautiful place to be in. This is the reason why going on a safari is such an exciting experience. But, that doesn’t mean that we have got it all figured out. In 2017 alone, there were an astounding 18,000 new species discovered. While that may sound like a lot, it is just the tip of the iceberg. From sea slugs to oddly shaped shrimps, and magical spiders, here are a few of the most curious newly discovered animal species so far. 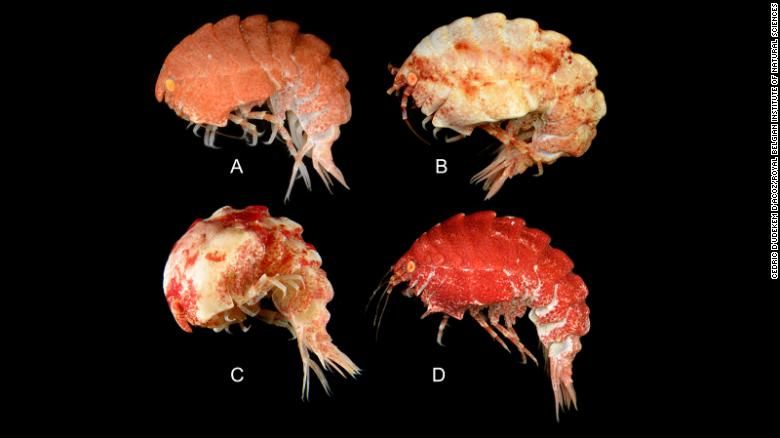 Our journey into the unknown begins like life did, in the ocean. I’m pretty sure that part of this strange looking crustacean’s name is familiar to everyone. Sitting in at about 2 inches long (50mm), this humped back sea creature is named after the main character from Victor Hugo's 1831 novel "Notre-Dame de Paris” and it lives in the icy waters just south of the Polar Front.

The Epimeria Quasimodo is one of 26 species that come from the same genus of crustacean which is known for their very vivid colors. In 2007 it was assumed that this species was completely known but recent discoveries show that we actually know very little about these adorable invertebrates. 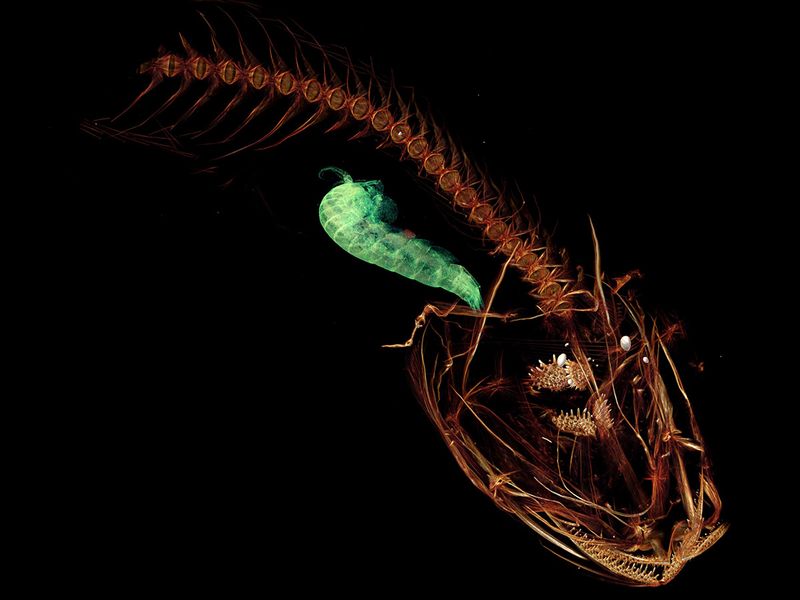 Just a little further down… okay, a lot further down, about 26,600 ft, into the deep blue sea (movie reference intended), resides one of the creepiest looking fishy friends. In the dark and unchartered abyss of the Mariana Trench, the world’s deepest dwelling fish was discovered. Remember that scary looking fish that snuck up on Dory and Marlin in Finding Nemo? Well, the Pseudoliparis swirei or Marina Snailfish is a little something like that, with a twist.

Far from being a big scary monster, this 4-inch long tadpole-like fish (the little green blob in the image above) belongs to the snailfish family. But, don’t let its small stature fool you. This translucent and scaleless fish is regarded as being a top predator in its community and travels where no human can ever go as it is well adapted to extreme pressure (think of an elephant standing on your thumb). After DNA samples and examining a female’s eggs, it was confirmed that the Pseudoliparis swirei is a new species and was aptly named after Herbert Swire who discovered the Mariana Trench in 1875. 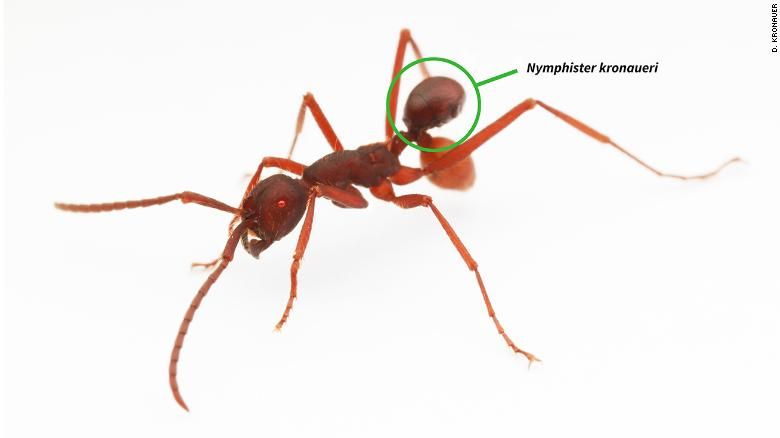 The ocean can be a terrifying place, so onto dry land, we go. In 2017, seven new species of ants were discovered but this isn’t about the ants. This is about the Nymphister kronaueri also known as the camouflaged hitchhiker. This tiny beetle sits at 1.5mm in length and lives exclusively among one particular species of army ants.

Ants are mostly nomadic and this strange little beetle just wants to tag along with their travels! The beetle's body is the precise size, shape, and color of the abdomen of a worker ant and it uses its mouth to grab hold of the ant, letting the ants do all the walking. Sounds a little annoying doesn’t it? But, the ants barely even notice these beetles because they use chemical signals to avoid becoming prey. 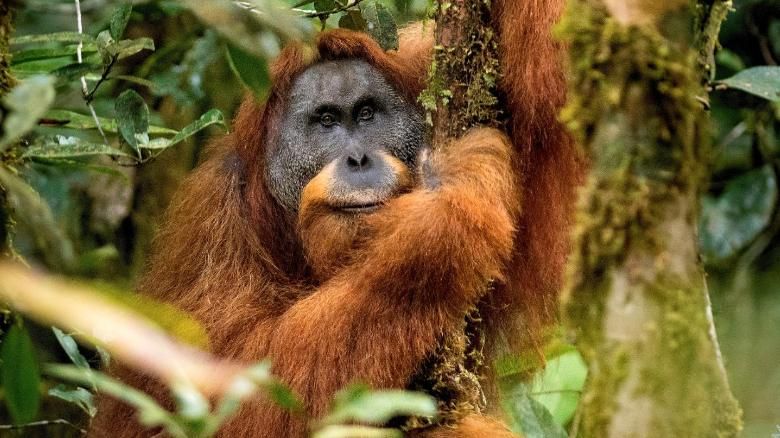 Off to Indonesia, we go. Orangutans are the only great apes in Asia and in 2001 the Sumatra and Bornean were recognized as distinct species. But, there is a new kid on the block. While studying the behavioral and genomic evidence of these animals, researchers have found an isolated population of these adorable primates in Batang Toru.

It is believed that the Sumatra and Bornean species separated about 674 thousand years ago, and this new species seems to have diverged much earlier, about 3.38 million years ago. Sadly, estimates say that only 800 of the Pongo Tapanuliensis are still in existence and live over a fragmented habitat of about 250,000 acres (about 1,000 square kilometers). 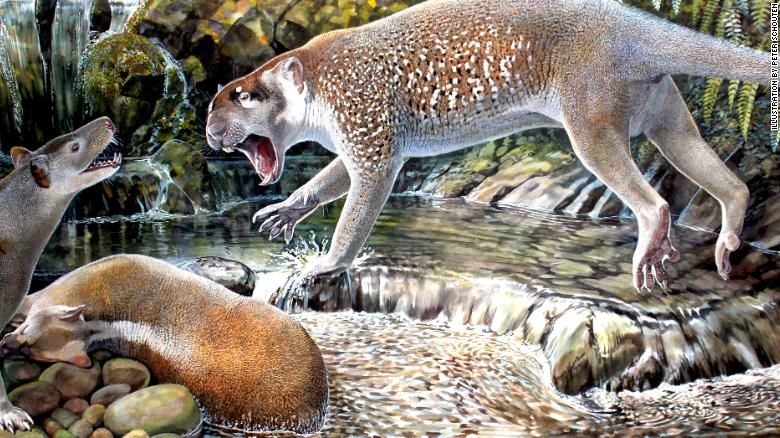 Australia is known to have some of the most bizarre and scariest animals in the world, and if you think it’s animal life could not get any more strange then think again. Around 23 million years ago, a marsupial lion once roamed the vast forest habitats of Australia and scientists have only recently just discovered their fossils. Ever wondered what a cross between a lion and a giant beaver would look like? Well, the Wakaleo schouteni is the closest thing I could think of.

Even though this strange lion is not alive anymore, we’ve got a pretty good idea of what it might have looked like and eaten. It is believed that this predator was about the size of a husky dog and weighed in at only 50 pounds or 22 kilograms. To put it into perspective, the average lion today weighs about 418 pounds (190 kilograms)! So, these ancient marsupials are quite a lot smaller, but that isn’t the only difference. It is also believed that these animals were omnivores and spent part of its time in trees.

I know that I said we would cover 2018’s newly discovered animals, but the nerd in me just couldn’t help but feature this magical looking arachnid which was only discovered in 2017. 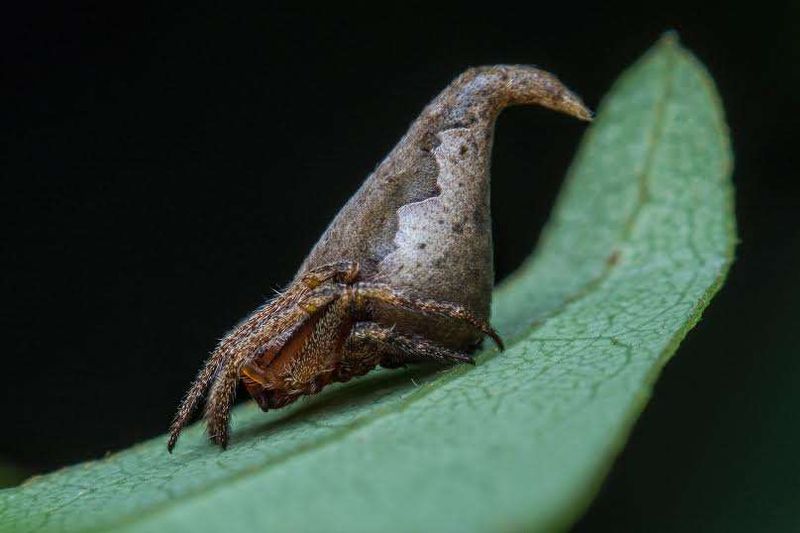 The Eriovixia Gryffindor was found by a team of scientists (who are also avid Harry Potter fans) in Karnataka, India. Sitting in at only 2 millimeters in length, it was the smallest creature to be discovered last year.

It is also the most popular animal discovery, thanks to its resemblance to the sorting hat owned by Godric Gryffindor who was the co-founder of Hogwarts in the fictional Harry Potter book series. Much to my disappointment, the spider’s epic appearance is meant to resemble a leaf rather than a magical, talking hat. Unless there is real magic in nature.

There is so much wonder and excitement to discover in our world. So get out there and go an epic wildlife safari in Costa Rica! Who knows? You might just spot the Baffling Beetle there!