Elephants are the largest mammals on Earth. These magnificent animals have roamed the planet for centuries and are extremely intelligent being able to produce different types of sounds to signal different emotions. In the past, they numbered in the millions, but have you ever wondered how many elephants are left in the world today?

Travelers wanting to see elephants in the wild make their way to Africa, where they join fellow travelers on an African safari adventure. Today, the African elephant population is estimated to be between 450,000 to 700,000, with Asian elephants counting between 35,000 to 40,000.

While the numbers may sound large, it is worth remembering that at the turn of the 20th century there were a few million African elephants. Their population is declining steadily due to wildlife poaching.

But the elephants’ tusks are not the only things that make them unique. These gentle giants are mesmerizing and awe-inspiring, and here are 6 elephant facts you probably had no idea about!

Where can I find Elephants in the Wild 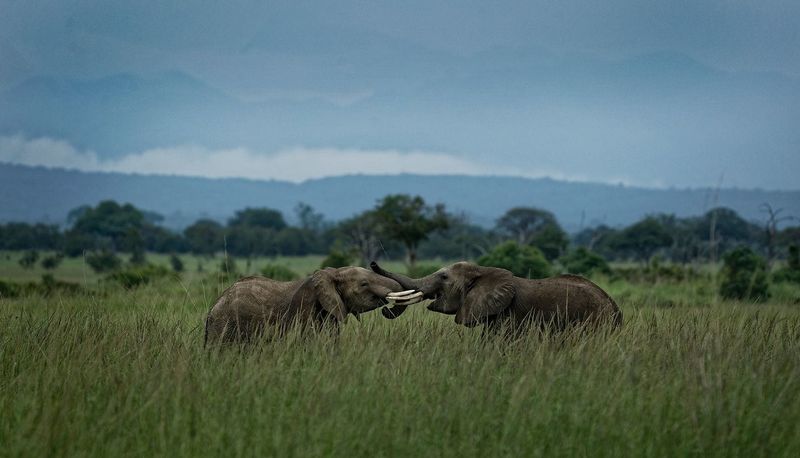 If you’re looking to spot African elephants in the wild, it is possible to see them year round. However, the best place for an elephant sighting in Africa is at Kruger National Park in South Africa, where you can see other members of the Big Five other than the elephant. To see the largest concentration of African elephants, head on over to Chobe National Park in Botswana, where you can expect to see more than 100 elephants by the Chobe River!

Other than its size, the African elephant is distinguished by the following characteristics:

As opposed to their African cousins, Asian elephants have:

Despite the difference in size of both species, even the smallest Asian elephants are still relatively larger than other animals. This means that they need vast areas of land to survive. Elephants typically spend between 12 to 18 hours a day feeding and can consume up to 600 pounds (270 kg) of food and 50 gallons (190 liters) of water in a day. Heard of the old saying, “elephants never forget”? While that statement may be a tad bit exaggerated, it is true that elephants have an excellent memory and this is key to their survival in the wild. A research conducted in the Amboseli National Park in Kenya in 2007 showed that elephants are able to recognize as well as track up to 30 of their companions. In the savannah, the matriarch of the elephant herds is also able to recall and guide its herd to reliable water sources even if they are located a great distance away.

Time doesn’t affect an elephant’s memory either. In 1999, at the Elephant Sanctuary in the US,  elephant Jenny was instantly attracted to Shirley, the new elephant who had just arrived. A search into the elephants’ backgrounds found that both elephants had performed for the same circus two decades earlier. 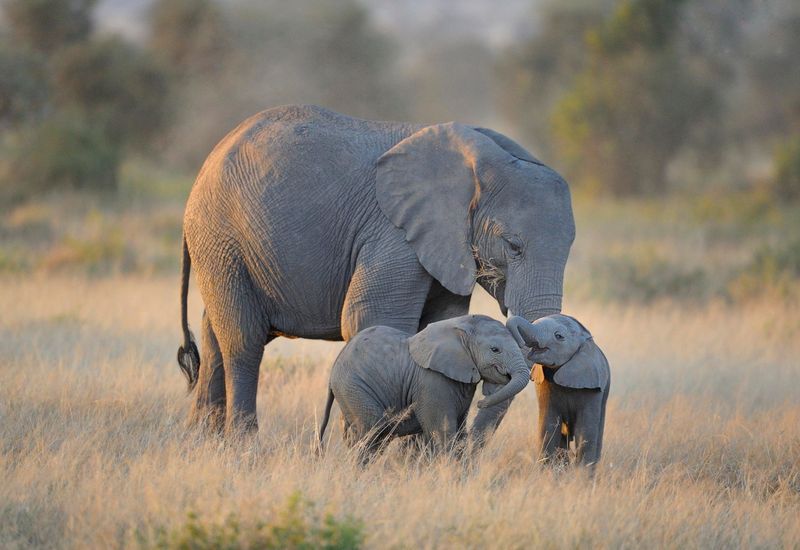 The truly fascinating quality of an elephant lies in its strong emotional bonds that are very similar to humans. Elephants are capable of joy, sadness, grief, anger, envy and love just like us. They can live up to 70 years in close-knit herds and will form strong familial bonds with their counterparts. When a member of the herd dies, it is not unusual for the rest of the herd to mourn its death.

Elephants take great care in burying their dead, covering the bodies in leaves and twigs. They have been known to remain at the burial ground for days to mourn the death of one of their own and have been observed to return to burial sites years later.


If you’ve watched the animation Dumbo as a child, you’ve probably always wondered whether elephants are afraid of mice. Plenty of rumors and stories have been told to support this age-old myth, but researchers have concluded that elephants are startled by the sudden movement of small animals rather than fear them. This is due to the fact that elephants have poor eyesight and mostly depend on the senses on their body and feet, as well as their ears. Sudden and frantic movements can no doubt spook an elephant.

That said, there is evidence suggesting that elephants tend to avoid certain small creatures. A study showed that ants keep elephants away from munching on acacia trees. In the absence of ants on the Acacia trees, elephants showed no hesitation in munching on them. These insects are effective deterrents because the inside of an elephant’s trunk is incredibly sensitive, with plenty of nerve endings, therefore making an elephant hesitant in munching on leaves that are filled with ants.

While there are no studies to prove so, the same theory may perhaps ring true to explain why elephants are afraid of bees. Due to this fact, beehive fences have been proven a great elephant deterrent from crops in Africa.

Sensitive to the Sun Despite its tough hide, elephant skin is actually vulnerable to the unforgiving rays of the sun. To keep their skin from getting sunburned, elephants throw sand and dirt on themselves. In the river, elephants will also throw mud on themselves as a layer of protection from the sun. Elephant babies are shadowed by their mothers to hide away from the glaring sun rays.

Want to experience living with elephants in the wild? Go on an elephant and camping safari in Africa!