The Amazon: Awesome Facts About The World's Largest Rainforest You Need to Know 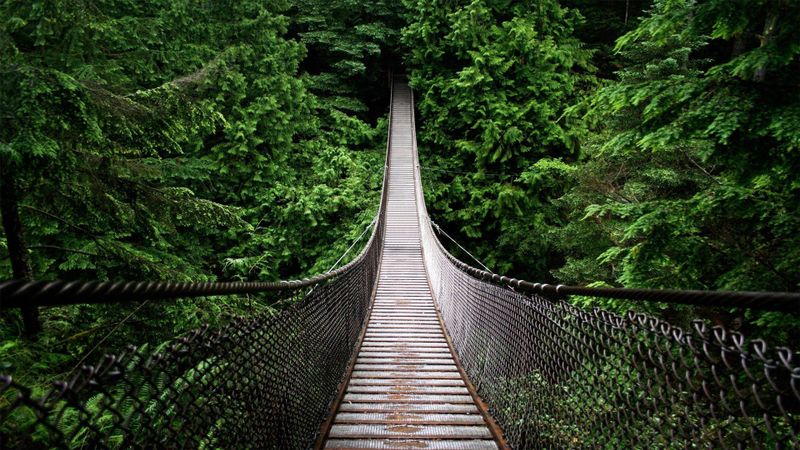 The Amazon rainforest is, perhaps, one of the most underrated wildlife travel destinations in the world.

If you’re an adventure addict, then this mythical playground should be at the top of your travel bucket list.

For those who have a fondness for wildlife & nature, the iconic rainforest was practically made for unforgettable adventures as it is home to at least 40,000 plant species, 3,000 types of fish, 1,300 bird species, 430 mammals, and a staggering 2.5 million different kinds of insects.

If this impressive fact is still not enough to convince you into packing your bags, then be sure to keep reading.

We’ve rounded up some more interesting facts you may not know about the Amazon rainforest that will inspire you to strap on your adventure boots and book that once in a lifetime South American wildlife tour.

It spans across 9 countries 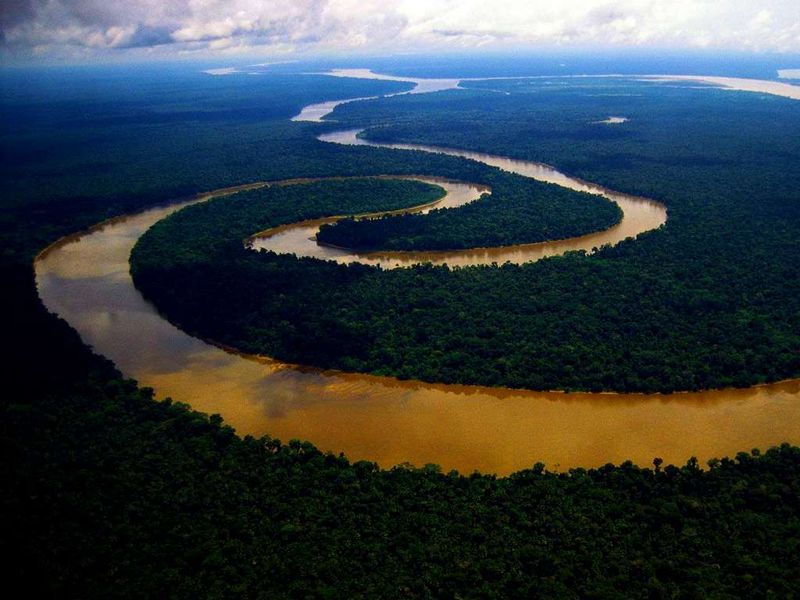 If the Amazon rainforest were a country, it would be the ninth largest in the world, spanning a whopping two and a half million square miles (6.474970km²).

The world’s largest rainforest is so big that it stretches across these nine Latin American countries:

To put it into perspective, the United Kingdom and Ireland could fit into it 17 times over!

However, if you want to see the largest portion of it (approximately makes up 64% of the total acreage), then a jungle tour in Brazil is what you ought to sign up for.

It is home to incredible (and rare) flora & fauna 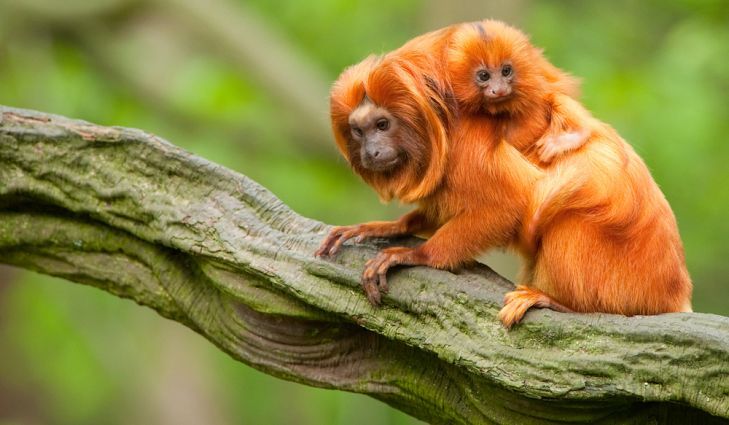 We’ve mentioned prior that the Amazon is home to many flora & fauna specifies but did you know that 1 in 10 known species on Earth can actually be found here?

Hence, it’s no surprise that there are plenty of wildlife and plant species that can only be found in this region.

Some examples include the Gold Lion Tamarin, the kinkajou, the capybara, the poison dart frog, and the renowned river dolphin, which reside in the Amazon river.

It has a population of 30 million people 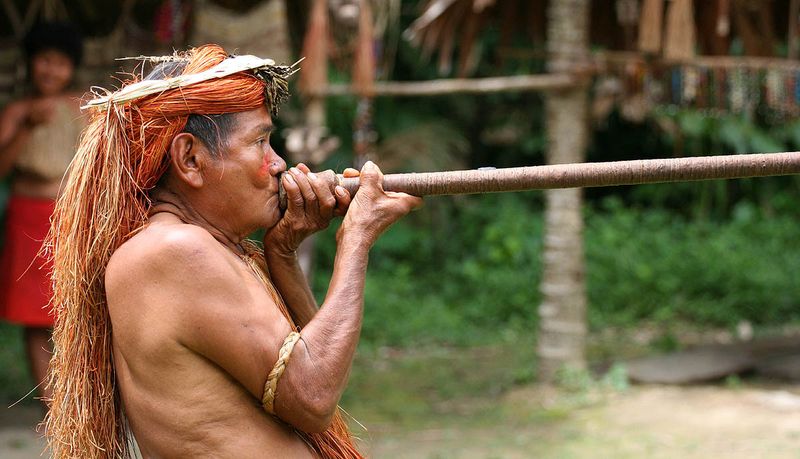 Given that there are so many fascinating (albeit sometimes deadly) animals living in this behemoth rainforest, it is a little hard to believe that humans are able to survive – let alone thrive –  there too.

However, there are actually around 30 million people who call the Amazon home!
Even more amazing than this, is the fact that there are around 50 remote tribes living in the depths of the rainforest who have yet to make contact with the modern world.

Its name has roots in Greek mythology

Out of all of the mythology in the world, I find Greek to be the most fascinating. I mean, not only does Greek mythology include epic gods by the likes of Zeus and Poseidon, but it also tells the story of an epic group of warrior women, named the Amazonians.

How does this tie in with the legendary rainforest? Well, when Francisco de Orellana first discovered the region he was attacked by female warriors named the Icamiabas, or 'women without husbands'. While documenting this attack, he compared these fierce women to the legendary Amazonian women from Greek mythology.

Most of the Amazon floor is in ‘permanent darkness’ 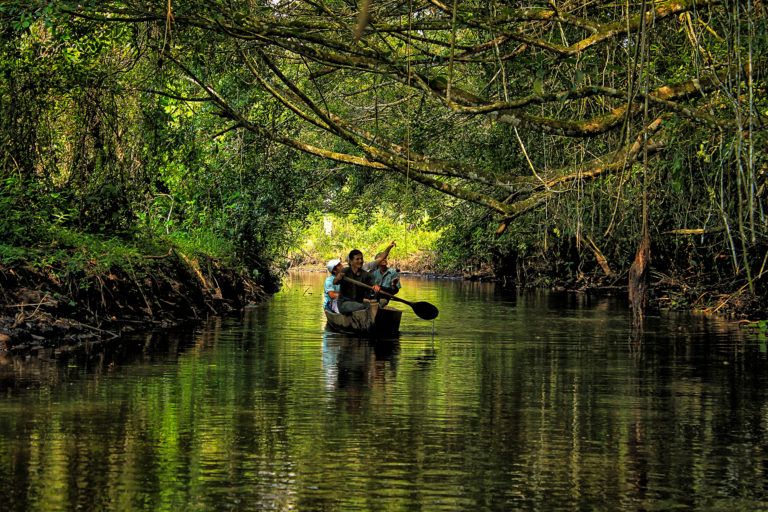 Much of the Amazon is covered with a very thick canopy (the top branches & leaves of trees) so it’s no surprise that it appears to be dark even when the sun is out!

In fact, this dizzying tree coverage is so effective in blocking out most of the sunshine that large parts of the Amazon are almost completely black as only 1% of sunlight can make it through the trees.

There’s a ‘bright’ side to this though – especially if getting caught in a rain shower while exploring the forest is one of your biggest concerns. Thanks to these canopies, when it rains in this neck of the woods, it takes about 10 minutes for the water to actually reach the ground. In other words, you’ll have ample time to find a dry spot and avoid being completely drenched.

It’s the source of plenty of our food and medicines 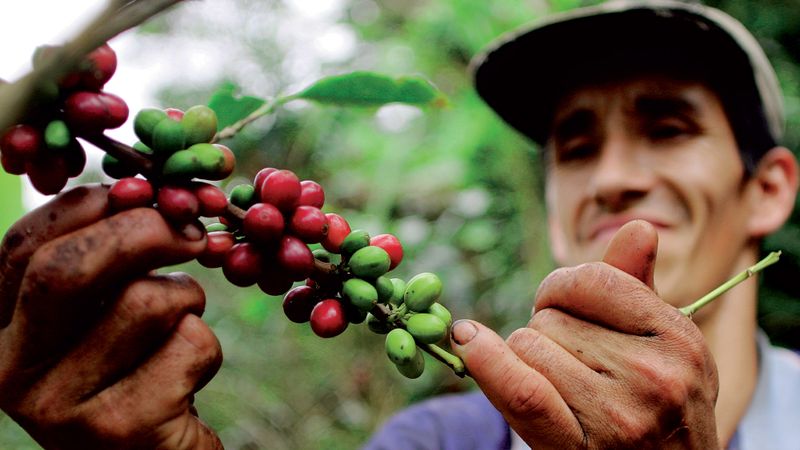 Since there are so many people living in the rainforest, it goes without saying that Amazon has plenty of food and medicinal herbs that have helped sustain life there.
But, this epic rainforest is also home to the base ingredients of many western pharmaceutical and food products.

The Amazon has about 3,000 fruits, only 200 of which are consumed in the western world. This includes cashew nuts, vanilla seed pods, avocados, cinnamon, and of course, coffee beans!

There was once a time when this behemoth river used to run in a completely opposite direction, from east to west. In a 2006 study, scientists found that the oldest river sediments were actually found upstream of their source.

Now, reversing the flow of one of the world’s largest rivers is no small feat, but those ever inquisitive scientists might have found the cause for this shift and have boiled it down to nothing more than erosion, once the Andes rose through the continent a few 100 million years ago.

It is safe to say that going on a wildlife adventure in the Amazon can be considered a once in a lifetime adventure, but swimming the entire river is something that not many people can conquer. But, in 2007, one brave soul by the name of Martin Strel took up the challenge. Facing all sorts of challenges, from pirates to piranhas and deadly anacondas, that inhabit the river and its surroundings, this brave (or crazy) man swam up to ten hours a day for an impressive 66 days!

Looking to explore another fascinating part of the Amazon? Why not book yourself an exciting Amazon wildlife tour in Peru?