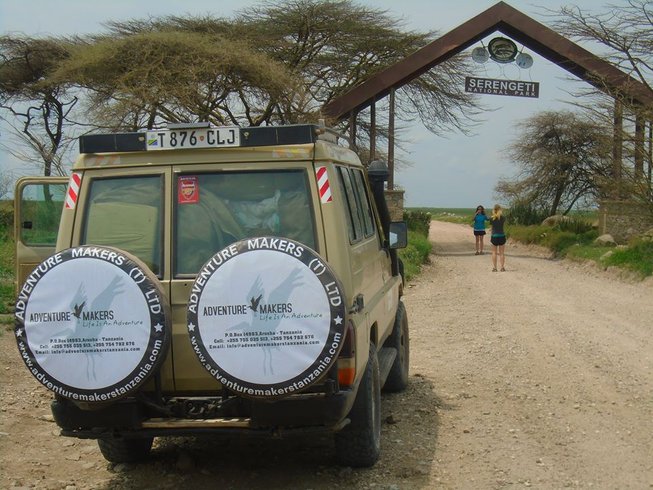 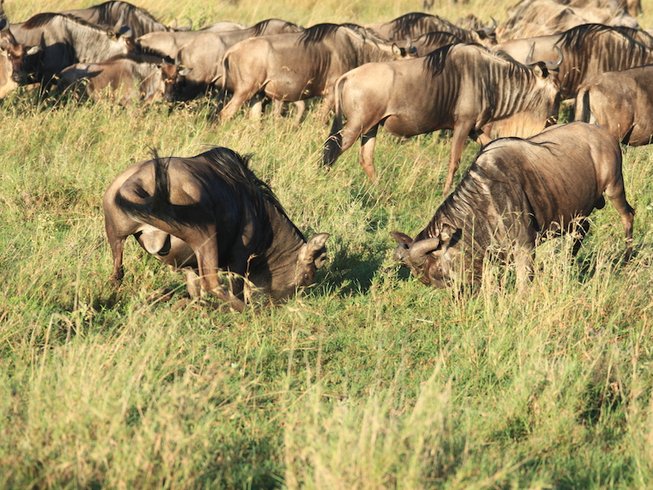 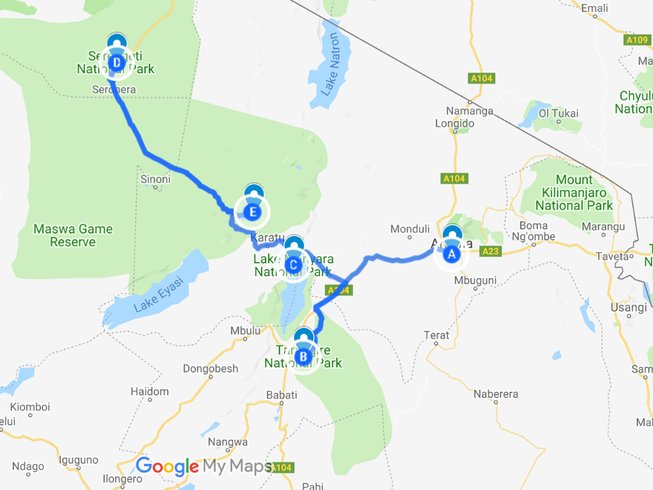 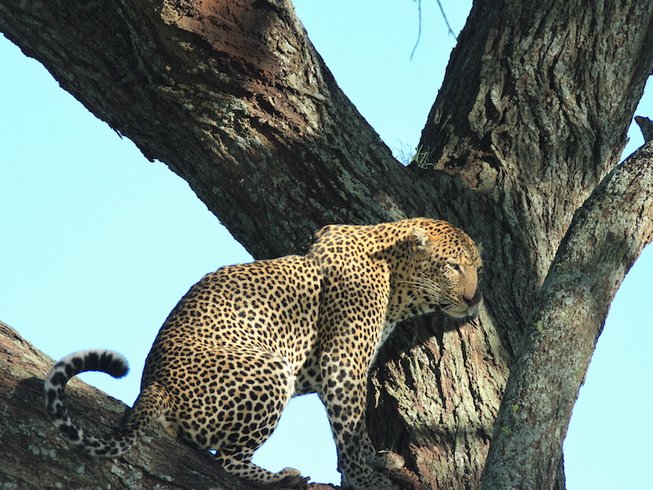 Tanzania has beautiful and diverse lodges and tented camps. Tented camps really give you the feeling of being in the bush and close to nature while luxury tented camps are extremely well-appointed and have all the comforts you’d want. Journey on a safari that takes you into the heart of Africa. Witness nature’s greatest wildlife spectacles, situated to deliver the very best experiences. Adventure Makers Tanzania's expert guides reveal to you the secrets of the wild, and their sensitive approach helps crucial wilderness areas to thrive.

During this safari, you will be staying in the following luxury tented camps and lodges:

You will be picked up from your hotel in (or around) Arusha. During the two and a half hour drive, you will enjoy the beautiful nature and landscapes. In Tarangire National Park, you will do a game drive before lunch. After lunch at the picnic site, you'll do a game drive all afternoon.

Tarangire National Park is located 115 kilometers south of Arusha, and is a long and narrow park that covers 2850 square kilometers and runs along the Tarangire River. The name of the park is also coming from the Tarangire River, which is the only source of water for wild animals during the dry season.

The park is famous for its large number of elephants, baobab trees and tree climbing African pythons. During the dry months, the concentration of animals around the Tarangire River is almost as diverse and reliable as in the Ngorongoro Crater. At the end of the afternoon, you will arrive at Nsya Lodge where you can relax at the swimming pool.

In the morning, you’ll be heading to Lake Manyara where you will do a game drive all day. Lake Manyara National Park is known for its breathtaking panoramic views, waterfalls, babbling brooks with clear waters, and hot springs. It is located between the rocks of the Great Rift Valley and Lake Manyara. The beauty of this park is partly due to a large variety of wildlife, grasslands, forests, and water.

Lake Manyara has one of the largest populations of water birds, over 400 species, including flamingos and pelicans. But also large herds of elephants, giraffes, hippos, water buffaloes, and of course the impalas. At the end of the afternoon, you will arrive at Eileens Trees.

This day, you will leave after breakfast and head towards the Serengeti. After a four-hour drive, you will arrive at Serengeti National Park. After lunch, you’ll do a game drive all afternoon in this beautiful park.

The Serengeti is known for its endless plains of savannah and forest landscapes. An area of ​​about 30,000 square kilometers in the north of Tanzania and Kenya, of which 80% is located in Tanzania. The park is famous for the migration involving about 1.5 million herbivores and followers, thousands of predators are moving because of the drought in the northern hills to the southern plains.

After the rains in mid-April, they go back via a detour through the western part. The grasslands cover more than one third of the park, where you will find many animals throughout the year. At the end of the afternoon, you’ll arrive at Mbugani Tented Lodge where you can enjoy the beautiful sunset in Serengeti.

You will wake up early in the morning and after breakfast, you will drive into the Ngorongoro Crater. The Ngorongoro Crater has a diameter of about 20 kilometers and a 600 meter-high crater wall. It is the largest intact crater in the world. The crater life estimated 30,000 larger mammals. In the center of the crater is a salt lake.

This is one of the most densely populated wildlife areas in the world. It is a unique area where animals and humans as the authentic Maasai and Hadza live together. From the edge of the crater, look out over the impressive crater and its wonderful inhabitants. In the afternoon, you will drive back to Arusha, arriving before dinner time.

You will be provided with daily breakfast, lunch, and dinner during this safari. Your choices include vegetables and legumes / beans, fruit, grain (cereal) foods (mostly wholegrain and / or high cereal fiber varieties), lean meats and poultry, fish, eggs, tofu, nuts and seeds, milk, yoghurt, cheese, and / or alternatives, mostly reduced fat.

Getting involved with the local culture in Tanzania is a must. The country has well over 100 ethnic groups and there are plenty of cultural practices to learn, delicious traditional foods to try, and fun conversations to partake in. If you don’t want to do it on your own, many tour groups offer excursions where you can stay in local villages or even go hunting with bushmen.

You can also book the following activities for a fee:

Spa treatments is available upon request and all depends which lodge you will stay.

Facebook Twitter Email Whatsapp
Organized by Adventure Makers Tanzania
Adventure Makers is a specialist tour company based in Tanzania. They offer tours and travel services to all of the most spectacular places of East Africa.
Arusha, Tanzania
The organizer also speaks: French, German, Italian, Japanese, Spanish