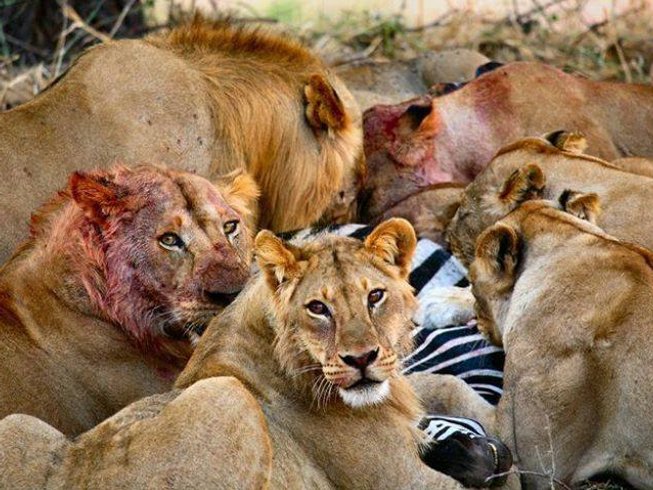 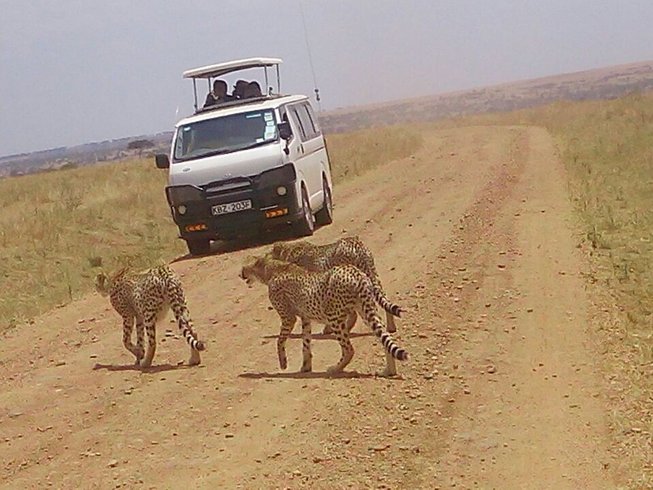 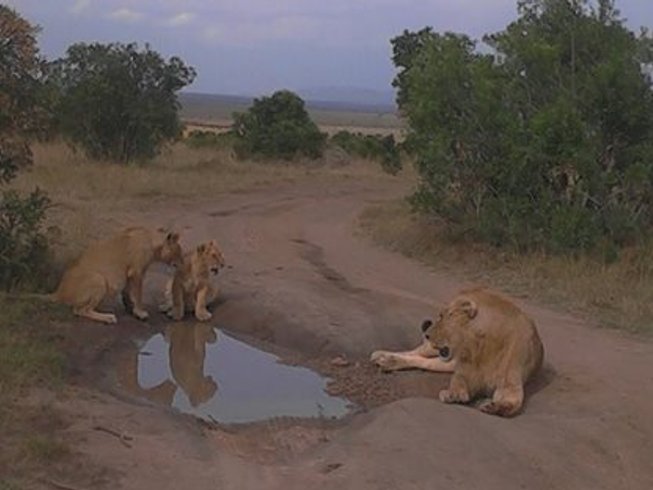 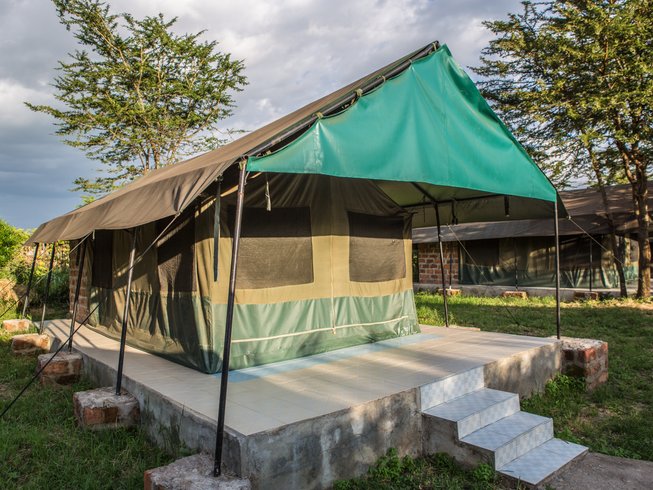 Get away from your redundant daily life with a marvelous adventure in Maasai Mara National Reserve, Kenya. Witness the magnificent wildlife roaming around, playing or hunting right before your eyes. See directly how the animals fight for their survival and sense the adrenaline flowing harshly through your veins. Get the better sense of adventure through directly engaging with Kenyan wildlife and get back to your life braver and more spirited!

The campsite is permanently built and attached with a private bathroom and hot showers. There are electricity, bed, and mosquito nets in the camp.

After breakfast, you will be picked up from your hotel at 08:00 and drive west to Maasai Mara Game Reserve with lunch en route arriving in time for an evening game drive. Although July, August, and September are the months when the Mara plains are filled with migrating wildebeest and zebra, there is also resident wildlife all year round. Dinner and overnight accommodations will be at the Camp with hot showers and flush toilets.

After breakfast, you will proceed on a full day of game viewing within the reserve. The landscape here is scenic savannah grassland on rolling hills. The reserve is the best park for the game in Kenya as it has an extensive road and track network which allows for close range viewing and photography. Have a break for your picnic lunch at the hippo pool, looking out for hippos and crocodile. Have a dinner stay overnight at the camp.

Early breakfast will be followed by a day of tracking game with your guide in this park of savannah grassland. The driver will drop you at the camp. Afterwards, you will depart to Nairobi with lunch en route. Arriving in the evening to be dropped off at the airport to connect flight back home.

This safari will take place at Maasai Mara National Reserve, Kenya. Lions and leopards are just part of the landscape in Kenya, East Africa’s favorite safari destination. More than 40 national parks and nature reserves are scattered between Lake Victoria and the India Ocean, covering every imaginable landscape and featuring just about every animal in Africa from aardvarks to zebras. As you might expect, wildlife safaris are the lifeblood of Kenyan tourism and the infrastructure for travelers is impressive.

Jeeps, buses, and light aircraft fan out daily across the country to safari lodges and tented camps which some simple and rustic while others lavish and opulent. Refreshingly, you can enjoy close encounters with nature even on a budget with walking safaris run by tribal guides and economic tented camps that scrimp on creature comforts but not on creatures. Most people start the journey in Nairobi but few linger when there are more attractive cities strung out along the sun-kissed Kenyan coast and dotted around the Great Rift Valley.

Whether you pick the interior or the coast with its beach resorts and Islamic ruins, you can be sure to find a national park or reserve close at hand. Nairobi even has a national park within the city limits with zebras and giraffes just a stone’s throw from the suburbs. Kenya is also a great place for cultural encounters with more than 40 different tribal groups which each following its own unique way of life. The semi-nomadic Maasai with their rainbow-colored and bead-covered adornments are perhaps the most obvious group but visiting any tribal village is a fascinating experience.

On appearances, Kenya would seem like the perfect holiday destination but tourism has had its ups and downs in recent years with political upheaval during elections and a string of high-profile militant attacks in Nairobi and along the coast. These setbacks have made a noticeable dent in Kenya’s tourist industry, yet travelers still flock to the teeming plains of the Maasai Mara and trek the slopes of Mount Kenya. The biggest decision for most is not whether to go to Kenya but instead, which wild animal to search for first.

Maasai Mara National Reserve is Kenya's finest wildlife sanctuary. Including migrants, over 450 species of animals have been recorded here. The famous Maasai tribesmen live within the dispersal area of the game reserve.

You will have two breakfasts, three lunches, and two dinners. Buffet vegetarian, non-vegetarian or any other special meals can be provided.

Please book your flight to arrive at Jomo Kenyatta International Airport (NBO). Transfer from the airport is included. Sterling Travel Limited will pick you up from the airport.