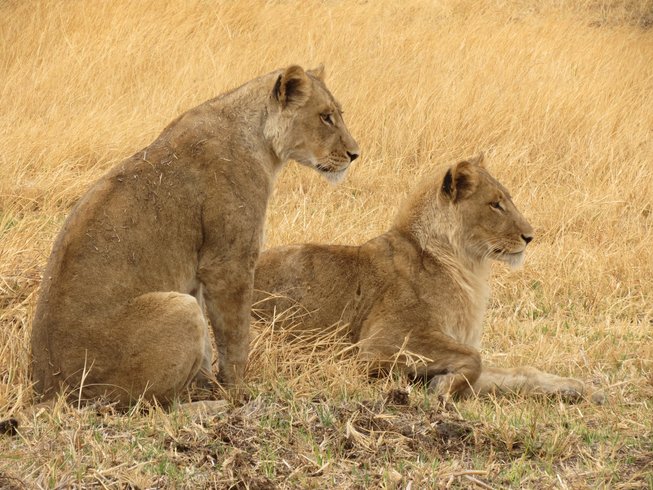 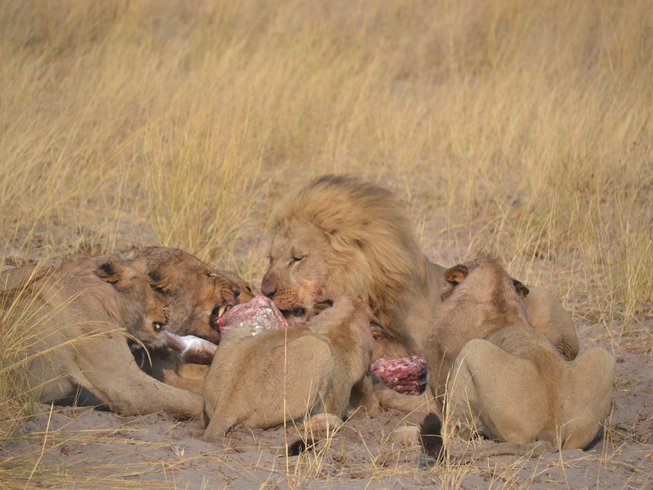 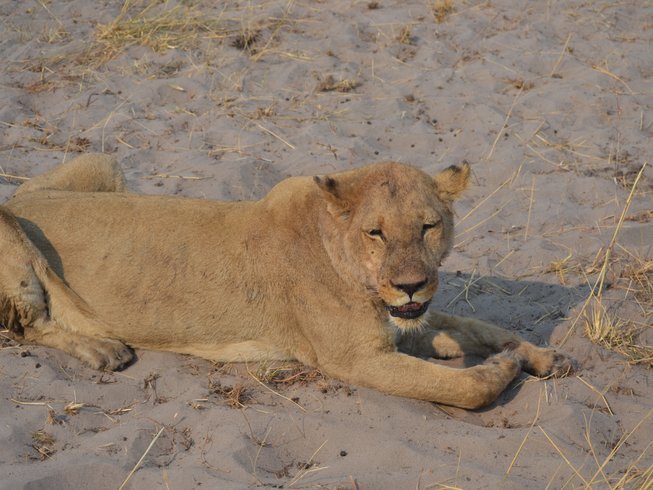 Login to save to your favorites
“Spot The Diverse Wildlife!”
​
Photo
all media

Shipungo Safari & Tours offers you a trip into the vast lands of the Central Kalahari Game Reserve. The spontaneous thrill-seeker will love this short safari as it lets you experience the wild through a camping trip right smack into the heart of Botswana. Explore the nature in its raw form. Grab the opportunity to witness game up-close and personal in an exciting adventure you can cross out from your bucket list!

During this safari, you will be staying in tented camps for two nights. Accommodation is in 3x3 meter tents with a comfortable bedroll and linen. You are provided with a bush shower and toilet. The accommodations are simple and comfortable yet you can assure you will absolutely be catered for.

Wake up early morning and have breakfast and your guide will pick you up from your lodge and brief you about the trip. Then depart to Central Kalahari Game Reserve. Upon arrival, the staff will set up the camp, then direct you to your camping tents. After a short while, you will have lunch and then go for a siesta.

Wake up early morning, have a quick shower and have breakfast then resume your game drive within the park. Come back to the camp. After a short while you will have lunch and then go for a siesta. After siesta, you can have a tea and resume your afternoon game drive within the park. Drive back to the camp after your afternoon game drive, enjoy a fresh shower and then dinner will be served.

Wake up early morning, have a quick shower and have breakfast then go for a short game drive within the park while the staff breaks down the camp before coming back to Maun where your safari will end.

This safari will take place at Central Kalahari Game Reserve. It is the largest, most remotely situated reserve in Southern Africa, and the second largest wildlife reserve in the world, encompassing 52,800 square kilometers. The landscape is dominated by silver Terminalia sandveld, Kalahari sand acacias, and Kalahari apple leaf, interspersed with grasslands and dotted with occasional sand dunes, pans, and shallow fossil river valleys.

Nothing prepares you for the immensity of this reserve, nor its wild, mysterious beauty. There is the immediate impression of unending space, and having the entire reserve to yourself.

The Central Kalahari game Reserve (CKGR) is the largest, most remotely situated reserve in Southern Africa, and the second largest wildlife reserve in the world.

During and shortly after good summer rains, the flat grasslands of the reserve’s northern reaches teem with wildlife, which gather at the best grazing areas. These include large herds of springbok and gemsbok, as well as wildebeest, hartebeest, eland and giraffe.

At other times of the year, when the animals are more sparsely distributed, the experience of travelling through truly untouched wilderness, of seemingly unending dimensions, is the draw.

CKGR is unique in that it was originally established in 1961 with the intention of serving as a place of sanctuary for the San, in the heart of the Kalahari (and Botswana), where they could live their traditional hunter / gatherer way of life, without intrusion, or influence, from the outside world.

The reserve was closed for about 30 years, until in the 1980s and 1990s, both self-drive and organised tours were allowed in, albeit in small, tightly controlled numbers.

The Botswana government has initiated plans to develop tourism away from the Okavango and Chobe areas, and has allocated concessions for lodge construction, both at the peripheries of and inside the reserve, allowing for fly-in tourists.

The northern deception valley is one of the highlights, principally because of the dense concentrations of herbivores its sweet grasses attract during and after the rainy season (and of course the accompanying predators). It is also the most travelled area of the reserve, with a number of public campsites, and proximity to the eastern Matswere Gate. The other two gates are completely at the other side of the reserve, at Xade and Tsau, where public campsites are also available.

During this safari, you will be served with daily breakfast, lunch, dinner, and bottled water. If you have special dietary requirements it's a good idea to communicate it to the organiser when making a reservation.