Additionally, after the lion, the leopard is the largest of the Big Cats and can often be found silently lurking in dense bushes or around rocky koppies. Occasionally, you can hear it make a cough-like call, their distinctive sound. Did you know that leopards, just like domestic cats, purr when happy and relaxed?

During the day, the leopard’s beige-colored coat and rosette markings are the perfect camouflage against the dense bushes, long grass, and trees. A nocturnal animal, the leopard is active at night when it searches for food. You may be lucky to catch it in action!

If you want to spot this magnificent animal, we have put together the top five safari destinations that give you the best chance of catching a glimpse of the leopard: 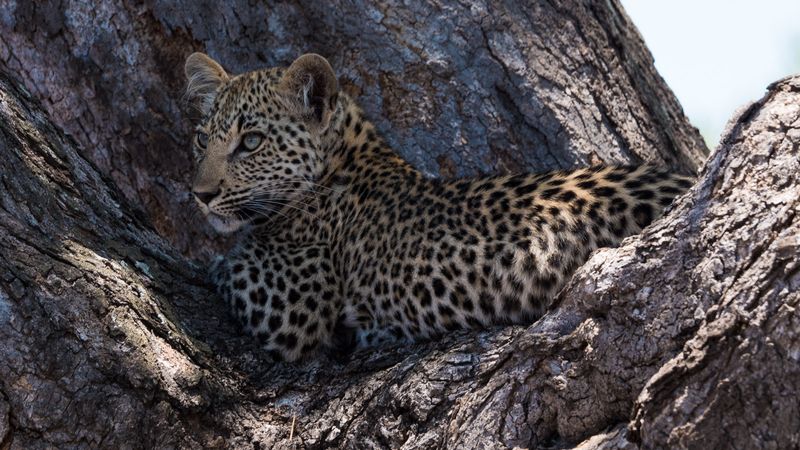 Kruger National Park is one of the best places where you can spot the leopard. The park covers an area of 19,485 square km (7,523 sq mi) and is one of Africa’s largest game reserves.

Kruger is packed with mountains, bush plains, and lush forests. The park is known as a great place to spot all of the Big Five in general, and, is home to a high concentration of leopards in the park (1,000 animals), giving you a good chance of spotting the fabulous spotted cat.

The Sabie Sand River is known to have a high concentration of leopards. Drive the H4-1 between Skukuza and Lower Sabie either in the early morning or in the late afternoon. Scan the trees but pay attention that they may be crossing the road, too!

Do you want to see the magnificent animals in Kruger? Then read our detailed guide to planning a safari in Kruger National Park! 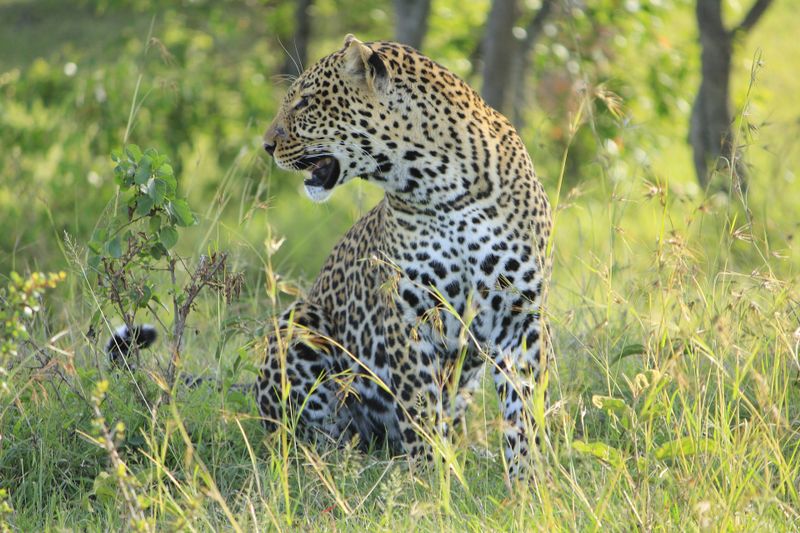 Maasai Mara in Kenya is a top destination to spot the African Leopard. It’s located on the border of Kenya and Tanzania and covers a whopping 1510 sq km / 583 sq mi. The national park is a vast landscape of open grassland that’s packed with acacia and thorn bushes and is dotted with animals. There’s plenty of prey for the African leopard here.

From July to October, the animal population swells thanks to the arrival of the rainy season and the lush, green grass that emerges soon after.

The area of Maasai is generally known to have a dense leopard population, so your chances of seeing one are high. You’ll often need binoculars to spot leopards and they often spend their days draped along tree branches, so be sure to always look up.

There’s an area in Maasai Mara called Leopard Gorge, which has a nearby watering hole that attracts gazelles, impalas, and warthogs. There are several caves and large rocks, which is the perfect place for a leopard to stalk prey. 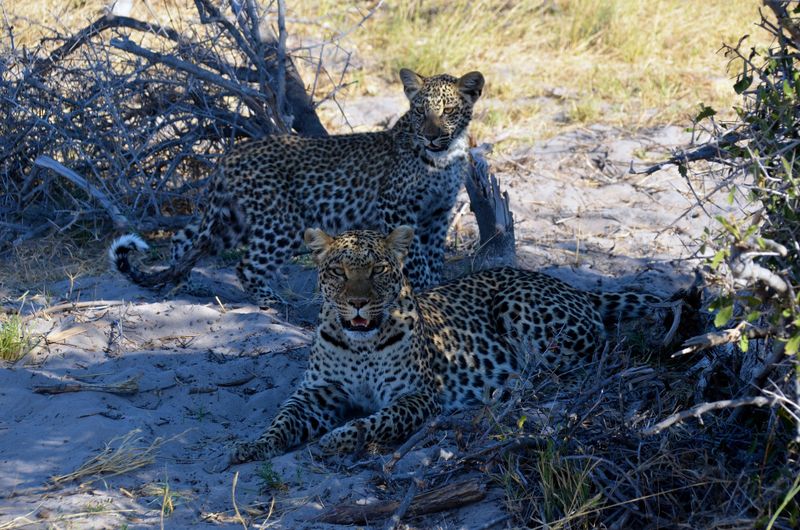 Moremi Game Reserve spans over a large part of the Okavango Delta, one of the best areas in Botswana to see wildlife. You’ll have the best chances of seeing leopards on the outer edges of the park, where they are spotted more often.

To the east of the reserve, there are plenty of shallow pools and drinking holes, which draw prey. Leopards can often be seen in the surrounding trees, stalking their next meal.

The area was designed to be a game reserve, instead of a national park, so that the local people, known as the BaSarwa, could continue living on the land. 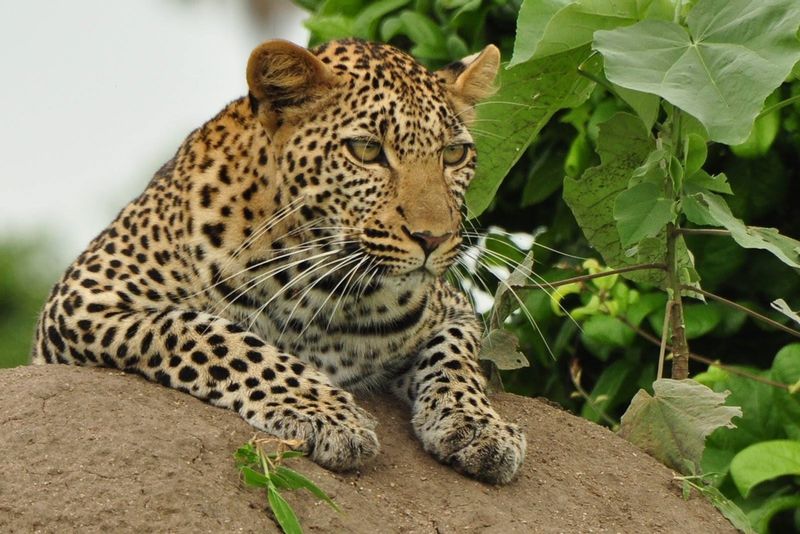 The Ngorongoro Conservation Area in northern Tanzania is known as a great place to spot leopards.

The area, which covers 8,292 sq km /3,201 sq mi, is made up of highland plains, savanna woodlands, and forests and is home to the semi-nomadic Maasai tribe.

There is so much to see here, from visiting extinct volcanos to mountain climbing. The area is best known for its game viewing where the livestock from local tribes grazes freely with the wildlife.

As for the leopard, it likes to stalk his prey in the rainforests of the crater rim.

Want to see the animals that live in this incredible area? Then read our detailed guide to planning a safari in Ngorongoro Crater Conservation Area!

Looking to get up close & personal with the Big Five? Be sure to peruse through our affordable African safaris that will enable you to do so without breaking the bank!

Carmela Rodriguez is a Journalist from London. She quit the rainy UK and moved to sunny Medellin, Colombia, where she is a Content Writer. Her favorite travel adventures have been staying at a hostel in the middle of the Caribbean sea and riding a motorbike in Vietnam