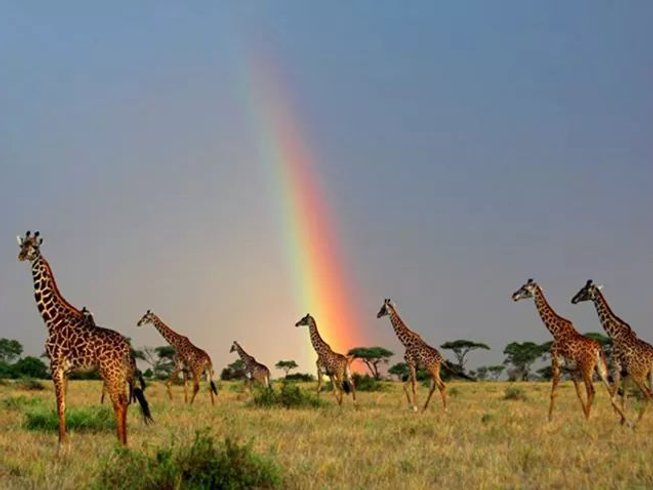 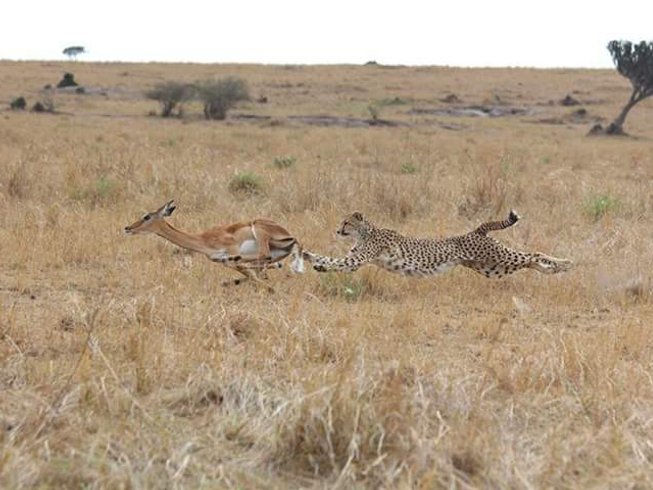 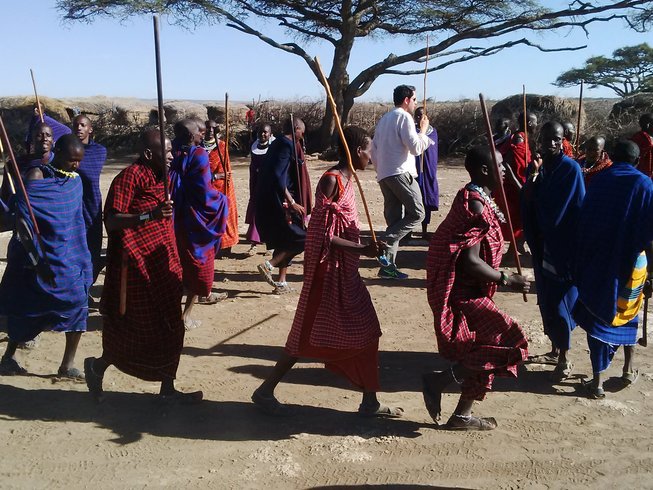 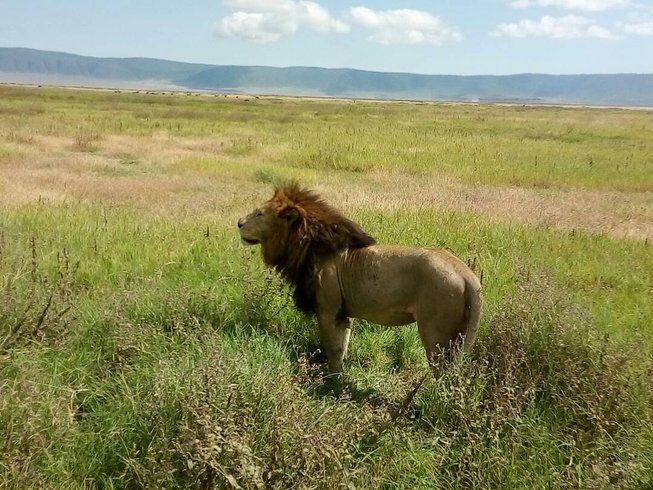 Login to save to your favorites
“Set your adventure in the Tanzanian wilderness!”
​
Photo
all media

This 6-day adventure Tanzania safari is a complete circuit of under canvas properties for a safari in northern ‎Tanzania. This is leading provider of private mobile luxury camps and an integral part of the ethos and efforts in working hand in hand with local communities towards sustainable tourism and wilderness preservation. Book now and save a place in this wonderful safari!

Tarangire National Park is one of the most seasonal parks in Northern Tanzania with a lot of migratory movement within the greater Tarangire ecosystem. In the dry season between June and October, large herds of animals are attracted to the Tarangire River. At this time, the elephant numbers are spectacular. The park should be a part of any safari in Northern Tanzania. The area size is 2,850 square kilometers. You will stay overnight at Eileen's Trees Inn Lodge.

The Serengeti National Park is one of the famous parks of Africa. It is featured in many documentaries. So stunningly beautiful, it is declared as a UNESCO World Heritage Site. It is home to the spectacular wildebeest migration and offers top class wildlife viewing throughout the year. The area size is 14,763 ‎square kilometers. You will stay overnight at Serengeti Heritage Tented Lodge.

A visit to the crater is an experience of a lifetime. There are few places that have wildlife densities and variety on this level. It is not unusual to see the Big Five in one day and all this in the most amazing setting with a backdrop of 600 meters or 1,968 feet height crater wall. The area size is 8,228 square kilometers. You will stay overnight at Rhino Lodge.

Lake Manyara National Park is a small national park at the base of the Great Rift Valley escarpments. Its underground water forest offers a nice change of scenery from the more savannah dominated parks. The park is also known for the tree-climbing lions and elephants which are very prolific and are the main attraction. The area size is 460 square kilometers. You will stay overnight at Burudika Lodge.

On this day, you will do a village tour visiting the tribes and later drive back to Arusha or to the Kilimanjaro International Airport (JRO).

The park has a permanent water supply that ensures a huge and varied animal population, especially during the dry season when it rivals the Serengeti. The most common animals found in the park include zebras, wildebeest, lions, leopards, waterbucks, giraffe, elephants, gazelles, impala, gerenuk, lesser kudu, and the beautiful fringe-eared Oryx.

You may be lucky to spot the tree-climbing python, for which the park is famous, or the kudu and the roan antelope which are rare species in Northern Tanzania. Over 300 species of birds have been recorded in the park. The best bird watching months are from October to May.

The Serengeti National Park is the largest national park in Tanzania covering an area of 14,763 square kilometers. The park is located approximately 320 kilometers to the northwest of Arusha, lying in a high plateau between the Ngorongoro Highlands and the Kenya-Tanzania border, and extending almost to Lake Victoria to the west.

Declared a protected area in 1921 and gazetted as a national park in 1951, Serengeti is the oldest national park in Tanzania and undoubtedly one of the most famous wildlife sanctuaries in the world.

The principal features of the Serengeti are the short and long grass plains in the south and east, the acacia savannah in the central areas, the hilly and densely wooded areas in the north, and the extensive woodland in the west. Serengeti comes from the Maasai name, “Siringet”, which means endless plains. You immediately experience this vastness as you enter the southeastern plains of the park from Ngorongoro.

Home to countless numbers of a wide variety of animals and birds, you will encounter lions, cheetah, and leopards. There is a variety of scenery which includes the plains, lakes, hills, and the rocky outcrops called Kopjes. Common animals that can be seen here are lions, buffaloes, impalas, hippos, waterbucks, elephants, cheetahs, and the leopard.

From December, when the long rains start, to May, eastern Serengeti plains provide the best opportunities for game viewing as hundreds of thousands of the migratory animals are concentrated in this part, attracted by the short palatable grass.

The altitude at the crater rim is about 2,286 meters above sea level and temperatures can get quite chilly in the evening. The crater is home to many species of wild game and birds. With the exception of impala the topi (due to fierce competition with the wildebeest) and the giraffe (because there is not much to eat at tree level), almost every species of African plains mammal lives in the crater including the black rhino.

The birdlife, which includes the flamingo, is mainly seasonal and is affected by the ratio of soda to the fresh water in Lake Magadi on the crater floor. The Ngorongoro Crater, which is the central attraction in the area, is the largest caldera in the world that has its walls intact. The sight of the Ngorongoro Crater is simply to ‘die’ for. It is one of the wonders of the world.

The park is situated between 900 meters and 1,800 meters above sea level and is bordered to the west by the western escarpment of the Great Rift Valley. To the east is the alkaline Lake Manyara which at certain times of year hosts thousands of flamingos and a diversity of other migrant and resident birdlife. Apart from its striking setting and peaceful surroundings, Lake Manyara's main attractions are its superb birdlife, tree-climbing lions, hippos, and elephants.

Please book your flight to arrive at Kilimanjaro International Airport (JRO). Transfer from and to the airport is included. Brown Parrot Safaris will pick you up from the airport.