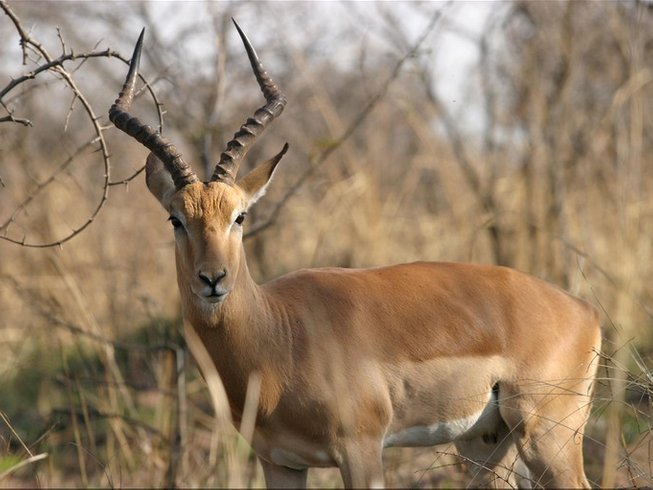 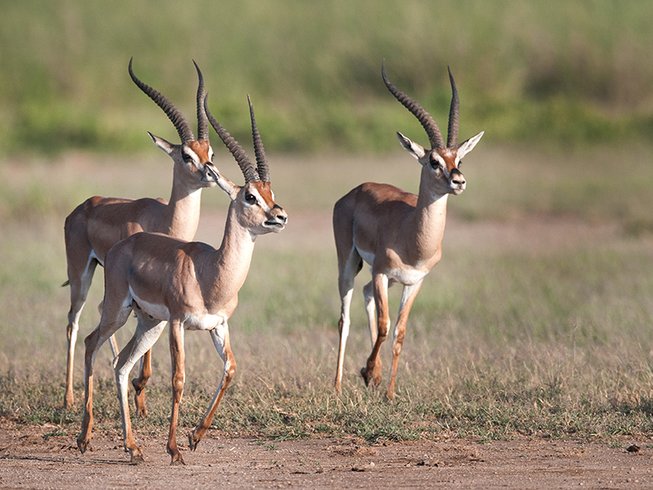 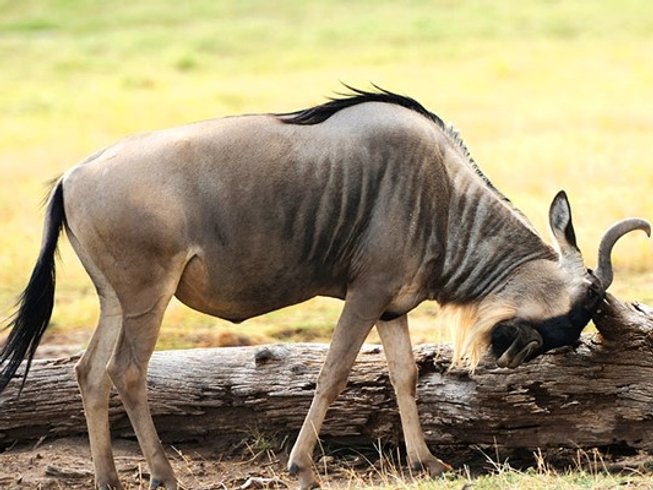 Login to save to your favorites
“Experience a budget safari in Kenya!”
​
Photo
all media

African Breeze Tours offers an amazing experience of national parks safari in Kenya! Their recommendations are based on personal experience, so from the open plains of Kenya to the uniqueness of Masai Mara, let them share their African travel experience with you. The safari will cover four parks including the famous Maasai Mara, Lake Naivasha / Hell's Gate National Park with activities such as cycling among the wild animals and visits to the beautiful gorge tunnels with high towers, Lake Nakuru, and Amboseli National Park as well. Don't miss your chance!

You will stay at various accommodations, including:

You will be picked up from your hotel at around 08:30 and drive to Maasai Mara Game Reserve. On the way, you will stop to view the landscape and Great Rift Valley View Point and arrive in Maasai Mara in time for lunch. After lunch, you will proceed for an evening game drive in search of black manned lions, elephant, leopards, cheetah, buffaloes, and other plain game animals. You will have dinner and overnight at Ore Moran Tented Camp or similar.

After having breakfast you will spend a full day game viewing across the rich tree studded grassland and rolling hills. The famous Mara is renowned for its great herds of plain game and virtually every type of wildlife to be found in Kenya. You will have all meals and overnight in the tented camp.

You will have a pre-morning game drive and after breakfast, you will leave Maasai Mara for Hell's Gate National Park with lunch taken in Narok, the Maasai's biggest town. You will arrive in Naivasha in the early evening. You can have an optional boat ride or just decide to have a restful evening at the camp. The dinner and overnight take place at Crator Lake Tented Campsite.

On this day, you will drive to the Hell's Gate National Park which is famous for its natural geysers, star rock towers, and geothermal steam that make it one of the most atmospheric parks in Africa. This park was named for its pair of massive red tinged cliffs framing a geothermic active interior of steam vents and bubbling springs. This is the only park where you can walk or cycle through as you view the animals. Later, you will depart for Lake Nakuru for dinner and overnight in a hotel in Amboseli.

After breakfast, you will have a morning game drive to Lake Nakuru National Park where you are going to see a lot of flamingos and other birds. You will also have a chance to see the black and white rhinoceros. After that, you will depart for Amboseli via Nairobi with lunch taken en-route, arriving in Amboseli in the evening. If time permits, you can have game drive. You will have dinner and overnight in the camp.

After breakfast, you will leave the camp for a fast game drive as you leave Amboseli, the park. You will have lunch on the way to Nairobi. You will have the option to be dropped off at your hotel or at the airport where your safari ends.

It's only in this region that you find over 5000 species of mammals and over 10,000 of birds. One experiences the thrill of sighting the Big Five - lion, leopard, elephant, rhino, and buffalo, vast herds of wildebeest, and zebra migrating across the Maasai Mara. Crocodiles, long-necked gerenuk, Gravy's zebra, and reticulated giraffe, the elusive bongo, giant forest hog, black leopard and Columbus monkey the dik-diks, reedbucks, duikers, grantee, and Thompson gazelles, Maasai giraffe, hippos, and warthogs bat-eared foxes. There are also millions of strong flocks of flamingos, cranes, and other multitudes of bird life which keep on migrating from Europe to the region in March to May flooding national parks and reserves with beauty that cannot be ignored.

You will be able to appreciate the un-interfered with culture especially of the Maasai, the Swahili at the coast, the Rendille, Borana, Pokot, Samburu and their ways of dressing, building of houses called 'Manyattas', various festivals like food festivals, Christmas, Idd-ul-Fitr and Ramathan, the drummers (traditional) and traditional songs, way of dressing, eating, and dancing. All these cultural attractions are combined in Bomas of Kenya where you can see Kenya's diversified culture that makes it fascinating. Here, various aspects of Kenya culture are displayed including their crafts.