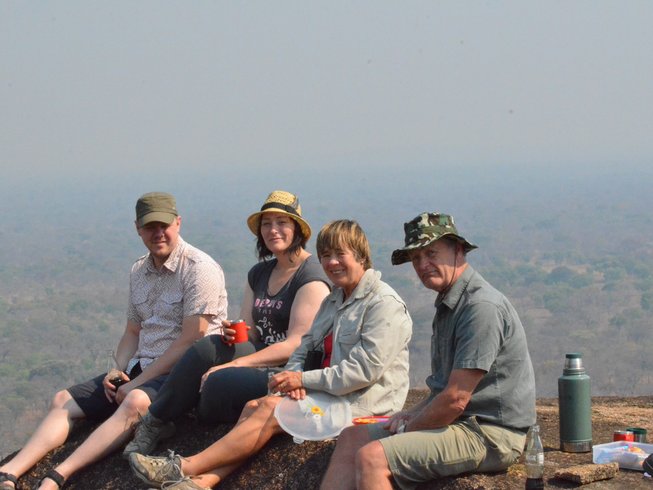 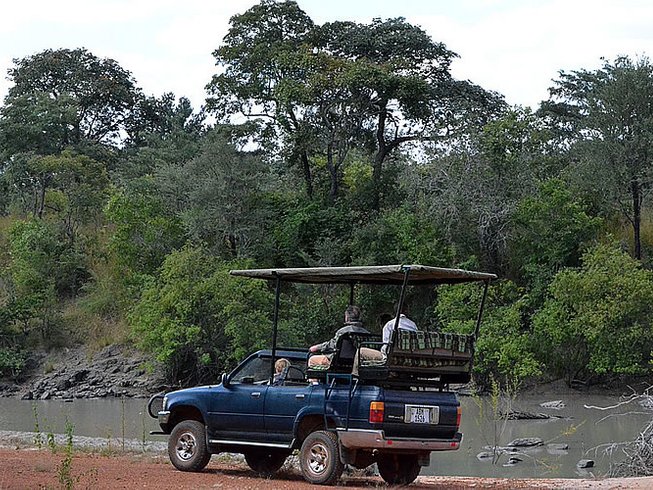 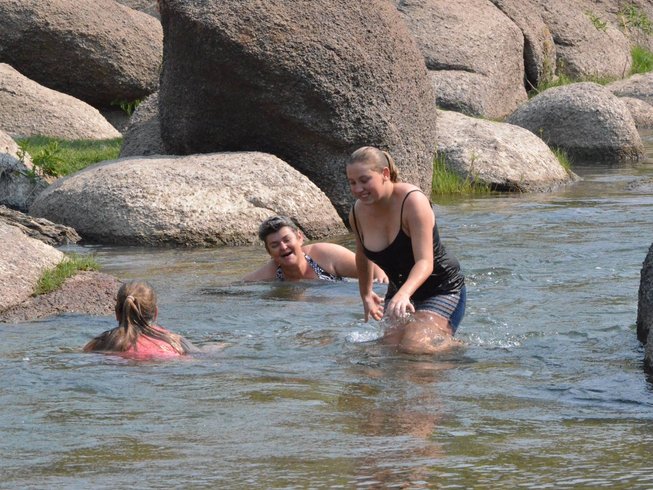 Login to save to your favorites
“Satisfy your craving for a wonderful safari!”
​
Photo
all media

Join Absolute Zambia Safaris in this wonderful safari experience. Deep in Zambia, on the banks of the Kafue River lies one of the largest game parks in Africa. A place where hippos and crocodiles rule the waters, lions the land, and fish eagles in the sky. Here you will experience true wildlife by game-viewing and birding at Mu-Fungata Safari Lodge. This massive reserve is found in the west of Zambia and it is a destination that can't be missed by any tourist wanting a true African safari experience. You will find many different species of buck, buffalo, and wildebeest in the park, as well as big game cats such as lion. Also, there are 490 different species of birds for bird-watching enthusiasts.

Set in an area of the Kafue National Park, Mu-Fungata Safari Lodge offering a magnificent safari experience in the heart of the Zambian bush. The lodge is set in an exquisitely secluded part of Mumbwa GMA with its comfortable accommodation blending in with nature. The backdrop of granite rocks and panorama views across the river to the park are stunning and not to be missed. The lodge has been renovated with a lot of consideration thus not to affect the wild environment, good taste and an extraordinary sense for detail to make you feel at home. In this pristine wilderness lies Mu-Fungata, a rustic yet comfortable safari lodge, designed to blend in with its extraordinary natural surroundings.

They have four standard rooms which are comfortably designed with the local African touch. Awaken by the sounds of the bush and smell the fresh start of a new day in unspoiled wilderness. Each chalet is well ventilated with large windows and high ceilings and decorated to create an African feel, and suite features include en-suite bathroom or indoor shower. Rooms are rustic but modern and are set along the Kafue River. King size beds or single bed options, standard room, balcony with stunning views, and mosquito net are available here.

DAY 1: Transfer from Lusaka to Mu-Fungata in Kafue National Park

On arrival at Kenneth Kaunda International Airport (LUN), meet and greet by your driver, he will then assist you with luggage, pick you up and transfer you to Mu-Fungata in Kafue National Park. It’s about 4 hours 30 minutes drive through the settlement of Mumbwa which gives you an experience to interact with the local people on the way. Clients are welcome to ask the driver to stop and ask questions

Arrival at the lodge, check in and relax then dinner time and you will go to bed at your own convenient time.

Day will start with breakfast in the morning, then you will go out for the game drive or a walking Safari and then you will return to the lodge for lunch, relax free time, Later in the afternoon you will be served with team/coffee with snack followed by the afternoon/evening game viewing activities returning to the lodge almost in time dinner and bed time.

Today you will start your day with breakfast in the morning but it will entirely depend on the schedule of your flight out of Lusaka, the driver will pick you either after breakfast or lunch and transfer you to Lusaka in time for your flight.

You will have one koppie visit per stay, rock high up, you can see the whole area great sunsets.

This safari will take place in Kafue National Park, Zambia.

Found in the center of Western Zambia, Kafue National Park is the oldest and largest of Zambia’s national parks. It covers a massive 22,400 square kilometers. First established as a national park in the 1950’s by the legendary Norman Carr, Kafue is one of the largest national parks in the whole of Africa. Despite its size and prominent location only two hours drive from Livingstone, it remains little-known and largely unexplored with vast tracts of its virgin bush still untouched. Thanks to its size and variety of habitat types the Kafue holds a fantastic diversity of wildlife.

In recent years, the park has seen a well-managed growth in the number of safari camps and lodges that operate in and around the park. This new interest has brought with it more visitors and investment to the area, notably in infrastructure with a number of well-graded roads and airstrips. As a consequence of the increasing interest and benefits in terms of investment this brings, the wildlife is beginning to enjoy an increased level of protection by the Zambian Wildlife Authority (ZAWA), always aided and supported by the operators in and adjoining the park.

Zambia is a big country as large as France, Switzerland, Austria, and Hungary combined, covering some 750,000 squre kilometers and lying in the tropical belt on South Central Africa, 10 to 18 degrees south of the equator.

Being on a high plateau, averaging 1,300 meters above sea level, the climate is very temperate with little humidity. The country is landlocked but has many, lakes and rivers with beaches and water sports to be enjoyed in uncrowned and uncluttered surroundings.

Indeed the unspoiled nature of Zambia is perhaps its greatest tourist asset. Rich in scenery and wildlife, Zambia today has become the tourist heart of a great continent which offers something that is becoming progressively rare in this shrinking world, the chance to escape from holiday masses and sour something of an environment that has remained unchanged since the very beginning of time.

Facebook Twitter Email Whatsapp
1 review
Value for money
Accommodation & facilities
Food
Location
Quality of activity
Organized by Absolute Zambia Safaris
We are the best Safari Organiser for your Zambian custom made Safaris & Tours ,We are Committed in designing your ideal holiday for Zambia and Beyond.
Chipata, Zambia