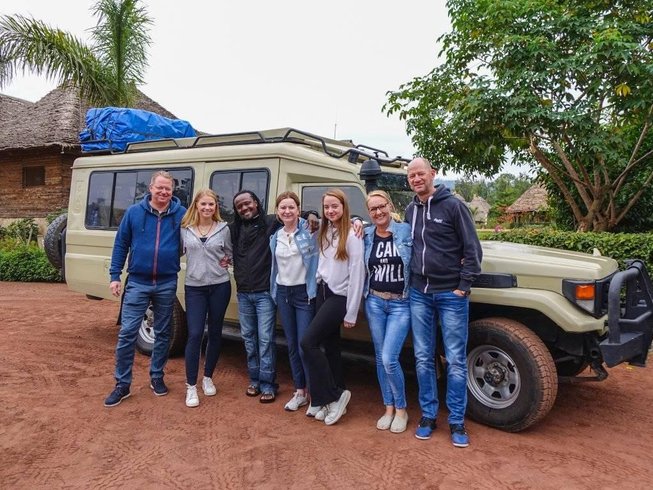 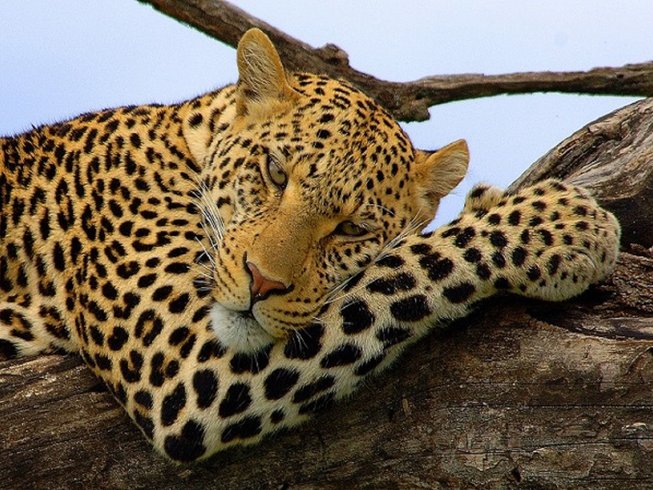 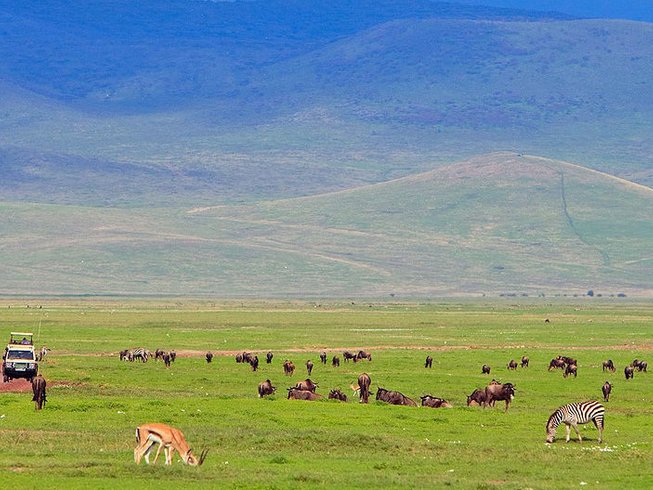 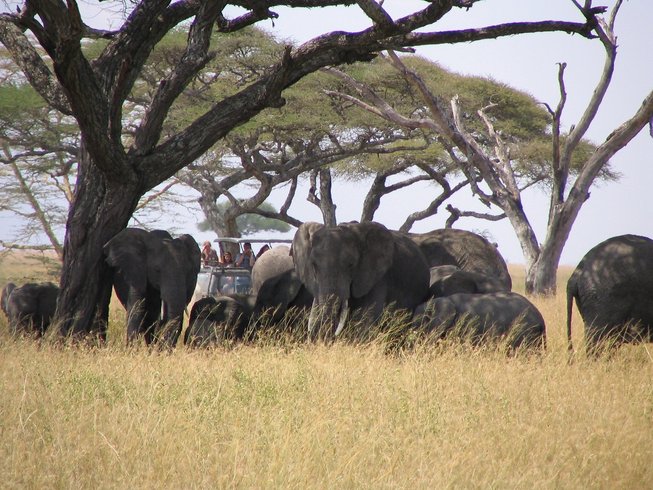 Come to Tanzania and observe amazing animals while touring its three epic national parks. On this four-day camping safari, you will explore the Tarangire National Park with its huge elephant herds, the diverse landscapes of Lake Manyara National Park and the Ngorongoro Crater, a collapsed volcano filled with wild animals, ranging from the Big Five – lion, elephant, buffalo, rhino and leopard – to spotted hyenas, rare wild dogs and some of the more than 500 bird species of the area. Others include zebras, eland, gazelles, Baboon and many others.

During the tour, you may opt to go camping or stay in lodges / tented camps.

The standard tent can fit 2 people but there is an option for a bigger tent that can fit 3 people.

After a short safari briefing in the morning, you will travel southwest towards the Tarangire National Park. The park has a diversity of landscapes including grass, acacia woodlands and forests and it is especially popular for its huge elephant herds and animals gathering at the river and swamps.

Animals range from swarms of yellow-breasted lovebirds to kudus, buffaloes, giraffes, eland and the weird-looking gerenuk. Predators include lions, leopards, and hyenas, while wild dogs are rare. In the late afternoon, you will arrive at a campsite inside the park, where you will spend the night in tents.

After breakfast, you will leave the Tarangire National Park and drive via the town of Mto wa Mbu to the Lake Manyara National Park. This park with its shallow alkaline lake stretches along the base of the Rift Valley Escarpment.

Lake Manyara attracts thousands of birds, including huge flocks of flamingos. Other animals in the park include buffaloes, elephants, hippos and Masai giraffes as well as troops of boisterous baboons and monkeys in the forests.

The park once became famous for tree-climbing lions and if you are lucky to spot them you will be amused by the sight of these animals lounging on branches in the acacia trees.

After a game drive in the park you will ascend to the Ngorongoro highlands, where you will overnight on a campsite situated on the crater’s edge with magnificent views of the caldera below.

Rise and shine! After an early breakfast at your campsite, you will travel down a precipitous trail into the crater. Its grass plains and acacia forests are home to almost all the species of animals found in the East African savannah.

In only a few hours you might see all of the Big Five – lion, elephant, buffalo, rhino and leopard – as well as eland, mountain reedbucks, hyenas, and rare wild dogs. After an extensive game drive and a picnic lunch inside the crater, you will leave the Ngorongoro Conservation Area and travel to Mto wa Mbu, where you will spend the night in a tent on a campsite.

After a leisurely breakfast, you will start your journey back to Arusha, where you will arrive around midday. You will be dropped off in the city center or at the airport.

Tarangire National Park lies 120 kilometers south of Arusha, along The Great North Road highway, and is very popular for day trips from the town. Tarangire offers a wide variety of wildlife in its area of 2,850 square kilometers.

As in all ecosystems, the vegetation and the types of animals you find are closely correlated. The principal features of the park are the flood plains and the grassland, mainly comprising of various types of acacia trees, and a few scattered baobabs, tamarind and the sausage trees.

This period stretches between June and October and it is the best season for game viewing in Tarangire. The most common animals found in the park include zebras, wildebeest, lions, leopards, waterbucks, giraffe, elephants, gazelles, impala, gerenuk, lesser kudu, and the beautiful fringe-eared oryx.

Located 125 kilometers west of Arusha town, nestling by the wall of the Great Rift Valley, Lake Manyara National Park is one of the oldest and most popular sanctuaries in East Africa. The park has a large variety of habitats, making it possible to support a wealth of wildlife in its small area.

The main habitats include the shallow soda lake itself which occupies 77% of the National Park total area of 330 square kilometers, the groundwater forest, open grassland, acacia woodland, and the rift wall.

The most famous spectacle in the park is the tree-climbing lions, which are occasionally seen along branches of acacia trees. Other animals found in the park include buffalo, elephants, leopards, baboons, impala, giraffes, zebra, wildebeest, ostrich and hippos.

Popularly referred to as an ornithologist’s paradise, Lake Manyara National Park contains over 400 bird species found in most savanna and river habitats in East Africa. Common water birds to be seen here are pelicans, spoonbills, Egyptian geese, hammerkops and the migratory flamingoes, which arrive in hundreds of thousands creating one of Africa’s great natural sights over the soda lake.

The Ngorongoro Conservation Area is a pioneering experiment in multi-purpose land use where people (the Maasai), their livestock and wildlife coexist and share the same protected habitat.

Wild animals are protected as in the national parks. The craters of Ngorongoro and Empakai are reserved exclusively for wildlife, while the rest of the Conservation Area is shared by wildlife, people and livestock.

The sight of the Ngorongoro Crater is simply stunning. "It is impossible to give a fair description of the size and beauty of the Crater, for there is nothing with which one can compare it. It is one of the Wonders of the World," once wrote Professor Bernhard Grzimek.

The rainy season is between November and May. The altitude at the crater rim is about 2286 meters above sea level, and temperatures can get quite chilly in the evening, especially between May to September.

The meal plan as stated in the itinerary is included in the package. Also included is mineral water.

Visit Maasai boma, they charge $50.00 for entry and show you how their homes are. They will try to sell some of their handmade goods. You can quickly make a family trip to this small village before you get into Ngorongoro Crater for a magical experience.

Also you can visit Oldupai Gorge for an extra payment of $45 pp. It is an archeological site that you will love to see it if you're interested in history.

Please book your flight to arrive at Kilimanjaro International Airport (JRO). Airport transfer is available on request at an extra fee. For more information, please send an inquiry.