8 Days Serengeti Calving Season Safari
This listing has no upcoming availability. Check out these similar experiences 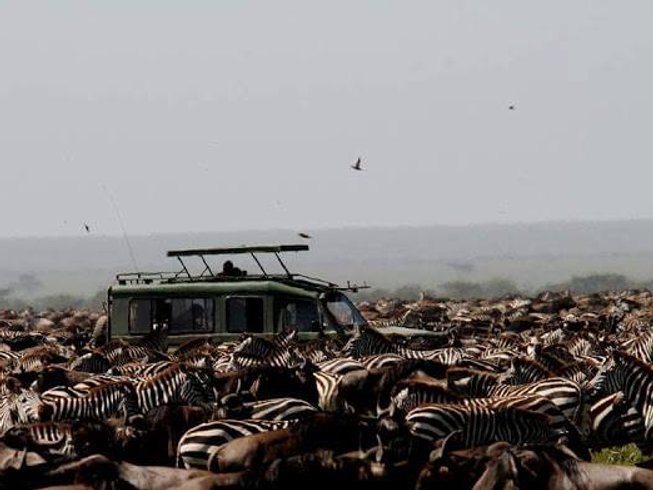 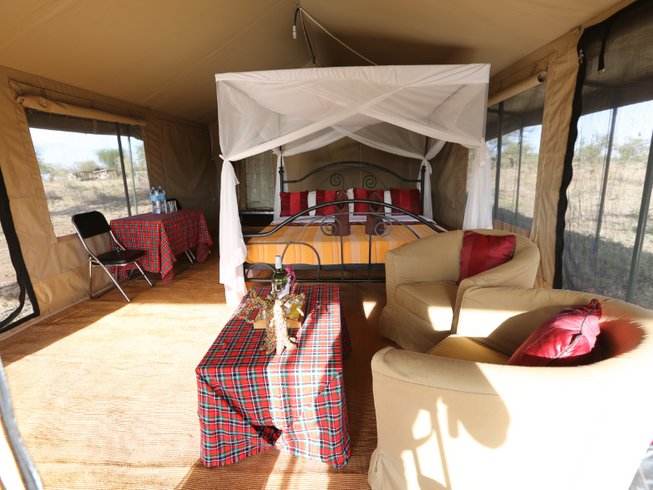 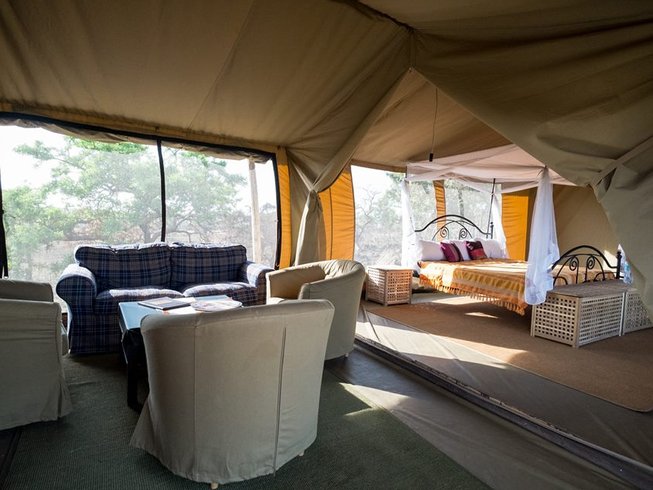 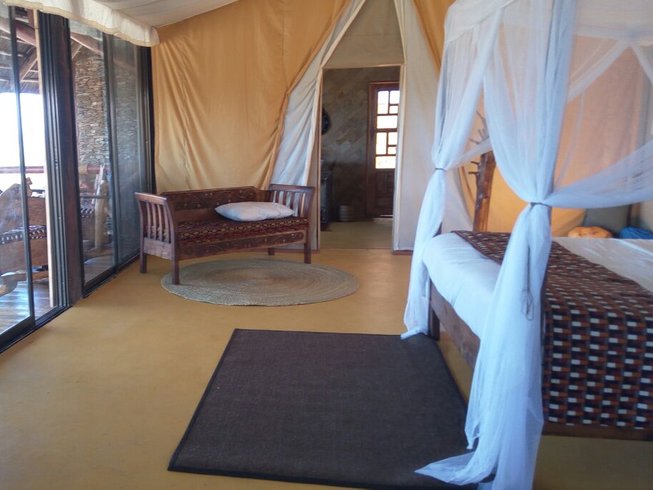 Login to save to your favorites
“Witness an extraordinary wildlife spectacle!”
​
Photo
all media

During the calving season, massive herds of wildebeests arrive at the southern most point of the migration. It is, without a doubt, one of the best times for you to witness the amazing sight when the herds find themselves in the vast, open plains of Serengeti. Over 8,000 calves are born per day plus an abundance of game makes Tanzania represent the whole of Africa's wildlife. All you need is a good vantage point and an adventurous soul ready to experience it all.

During this safari, you will be staying at various accommodations across Tanzania.

For the first night, Springlands Hotel will be your premier accommodation in Moshi before you set off for your safari the next day.

For the second night of your safari, have some well-earned rest at Highview Hotel.

During the fifth and sixth night, you will overnight at Ngorongoro Wildcamp.

For the last night of your safari, retreat to your accommodation and recharge at Highview Hotel, preparing for your departure for the next day.

Upon arrival at Kilimanjaro International Airport (JRO), Tanzania, after clearing customs, you will be met by Zara Adventure driver. He will be waiting for you, holding a sign with your name on it. Your driver will transport you to Springlands Hotel on the outskirts of Moshi. Day one includes breakfast.

In the morning, you will drive to Lake Manyara National Park. The park offers excellent game viewing with buffaloes, impalas, giraffes, bushbucks, waterbucks, hippos, and lots of elephants roaming near the lake. Also look out for blue and Vervet monkeys and the very active olive baboon troops. Your meals for the day include breakfast, lunch, and dinner.

You will head out after breakfast for the drive to Serengeti National Park. Enjoy a game drive en-route to your camp. Breakfast, lunch, and dinner are included.

Today, relax with two full days of game drives in the Serengeti. Today's meals include breakfast, lunch, and dinner.

Today, enjoy a morning game drive in Serengeti before your transfer to Ngorongoro Conservation Area. You will then check in at the lodge with an afternoon game drive. Your meals include breakfast, lunch, and dinner.

Enjoy a full-day game drive in the Ndutu area. You will explore a range of different habitats that include swamps, woodland, soda lakes, and the world famous Serengeti short grass plains. See great herds of wildebeest and zebra. From January to March, the majority of the wildebeests calve. It is also the time of year with the best predator action! Indeed, it is a fantastic time to view a high concentration of wildlife.

Wildebeest calves can run minutes after they are born and within three days, they are normally strong enough to keep up with the herd. The marshes and lakes support a huge variety of birdlife as well as resident lion prides. Cheetahs are abundant in the plains and the wooded ridges are always productive. Breakfast, lunch, and dinner are included.

In the morning, you will descend into the Ngorongoro Crater floor for game drives and exploration. Enjoy the spectacular scenery and game viewing in what has been described as the eighth wonder of the world. In the afternoon, drive to your lodge for your overnight stay. Your meals include breakfast, lunch, and dinner.

Enjoy your morning at leisure before your transfer to Kilimanjaro International Airport (JRO) for your flight home. If your flight departs in the morning, a night accommodation must be added in Arusha. You may arrange the accommodation with Zara Tours.

Set against the steep escarpment of the Rift Valley, you will find Lake Manyara National Park with its evergreen groundwater forest and a variety of ecosystems, including acacia woodland, grassy plains, a swampy fan delta, and of course, the expansive lake. The diversity attracts a wide variety of mammals, birds, and wildlife species. Manyara is also home to rare tree-climbing lions.

The word “Serengeti” is derived from the Maasai language, meaning “endless plain.” Unequalled for its beauty and home to the great wildebeest migration, the huge herds of plains game, such as wildebeests, zebras, and antelopes dominate the park, while the attendant predators, such as lions and cheetahs can be found among the many kopjes scattered across the plain.

Its landscape varies from open grass plains in the south, savanna with scattered acacia trees in the center, hilly, wooded grassland in the north, to extensive woodland and black clay plains to the west.

Ngorongoro Conservation Area is part of the southern Serengeti ecosystem. The majority of the wildebeest migration can normally be found on the short-grass plains from December to April. The area is usually heavily populated with elephants, birds, and resident game.

The crater is 600 meters deep, 16 kilometers across, and 265 square kilometers in area. Many of Tanzania’s last remaining black rhinos can be seen grazing on the open grassland of the crater floor, surrounded by some of the 20,000 large animals that occupy the crater, including the lion, cheetah, eland, zebra, and gazelle. The flamingo, among other bird species, can often be seen feeding at Makat Soda Lake as well.

Tanzania has the biggest land area among the East African countries. Tanzania has a spectacular landscape of mainly three physio graphic regions, namely the islands and the coastal plains to the east, the inland saucer-shaped plateau, and the highlands. The Great Rift Valley that runs from the northeast of Africa through central Tanzania is another landmark that adds to the scenic power of the country. The country has an enormous concentration of wild animals.

During this safari, you will be served daily breakfast, lunch, and dinner as per itinerary, which will be prepared for you by Zara Tours. Bottled drinking water during the safari will also be provided.

On the third day of your safari, en-route to Serengeti, you can opt to visit a Maasai village, a perfect place to explore the Maasai culture and even participate in some tribal activities. You may also visit Olduvai Gorge, which is known as the cradle of humanity. The museum is a testament to the long journey that humanity has made, from its humble roots in East Africa to its current state as the dominant species on earth. You may also join a balloon safari for 550 USD per person.

Please book your flight to arrive at Kilimanjaro International Airport (JRO). Transfer from and to the airport is included. Zara Tours will pick you up from the airport.