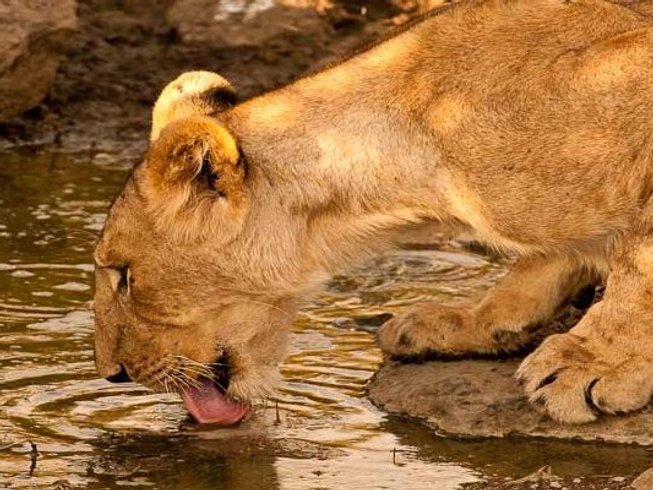 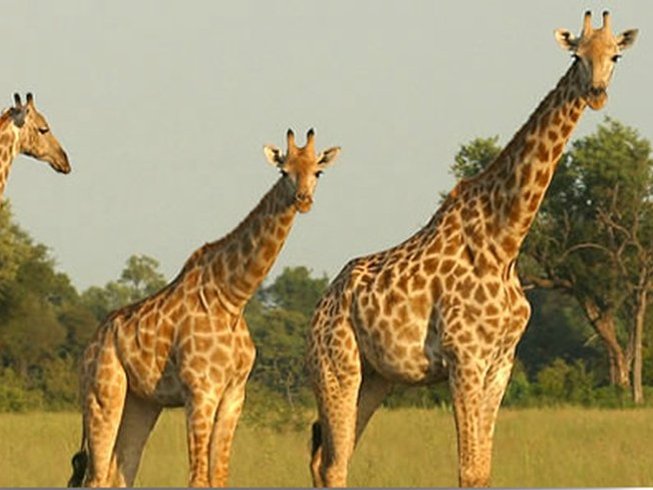 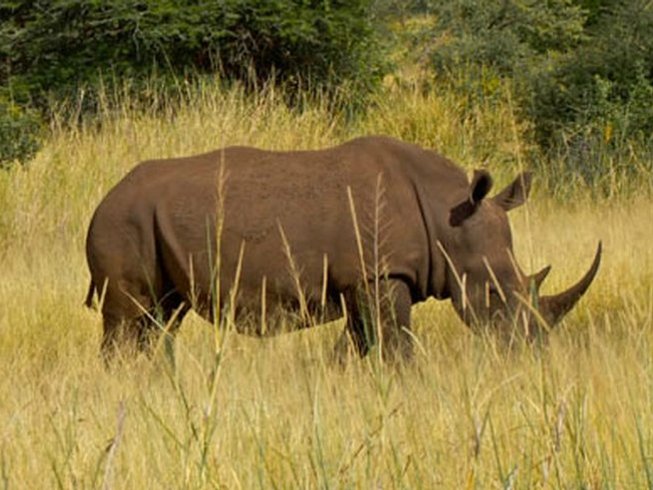 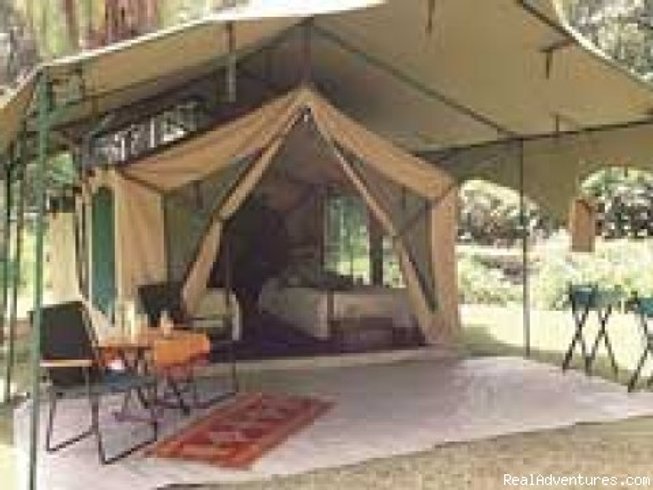 Login to save to your favorites
“Spot the great and amazing wildlife in Kenya!”
​
Photo
all media

Wild Safaris and Travel invites you to join this safari and visit the world-famous bird sanctuaries, Lake Nakuru and Lake Naivasha, then south over the Mau Escarpment to Kenya's greatest concentration of wildlife which is also Kenya's most popular game park, the Maasai Mara. During this safari, you will have high chances of seeing all the Big Five and many other species game. See the stunning views of Kenya and enjoy the thrilling game drives!

You will be staying at Citymax Hotel at Nakuru town on the first night, Taphe Hotel at Naivasha town on the second and third night, and Miti Mingi Eco Tented Camp at Maasai Mara National Reserve on the fourth night.

Day 1: Nairobi to Lake Nakuru (two and a half hours drive)

You will depart from Nairobi in the morning and be driven to the floor of the Rift Valley with a brief stop at the Rift Valley viewpoint to take the most eye-catching view of the escarpment. You will then proceed to Lake Nakuru National Park which is known as an important wildlife sanctuary for some of Africa's endangered species, especially black and white rhinos as well as Rothschild's giraffes.

The game reserve is also home to lions, waterbuck, buffalo, and baboons which you will keep an eye out for on the game drive. Lunch will be at the hotel followed by an afternoon game drive. Besides the flamingos that the lake is famous for, there are approximately 400 other species of birds visiting the lake. Also, many species of game can be found in the park including the introduced Rothschild’s giraffe, black and white rhino, waterbuck, reedbuck, lion, buffalo, leopard, baboon, and many species of plains game. Dinner and overnight will be at the hotel.

You will depart from Lake Nakuru, one of the gems in the necklace of the Rift Valley Lakes often referred as the pink lake for its great masses of pink flamingos for Lake Naivasha which is a birdwatcher's dream come true. Some areas of Lake Naivasha's shore have recorded over 400 bird species. The acacia forests teem with hoopoe, woodpeckers, rollers, shrikes, hawks, cuckoos, and much more. You will be arriving at the hotel in time for lunch. Later, you may enjoy an afternoon boat ride at Lake Naivasha that will take you to Crescent Island for a walking safari. This is one of the few places in the world where one can wander on foot amidst wild animals as there are no predators. You will return to the camp for dinner and overnight.

You will depart from Lake Naivasha after breakfast and be driven further along the floor of the Rift Valley to Maasai Mara which is the home to the largest population of lions, cheetah, hyena, and jackals in Kenya. You will be arriving at the lodge / camp in time for lunch. After that, you will enjoy an afternoon game drive as you get a feel of this vast game-filled reserve. Dinner and overnight will be at the camp.

You will spend the day in the Maasai Mara which is Kenya's most celebrated game park. This park offers the possibility of seeing the Big Five and many other species of game. This is where the great wildebeest migration is a spectacle to behold for any visitor to Kenya, mainly from July to October each year. The game drives are flexible with the option of going out with picnic lunch boxes to spend the entire day in the park or you can choose to have early morning and late afternoon game drives. At an extra cost, you may visit a local Maasai village to see their nomadic lifestyle. The Maasai are famous for their bravery as they have co-existed with the animals over the years. All meals and overnight will be at the camp.

You will have a morning game drive in the Mara after breakfast, then drive back to Nairobi arriving in the afternoon. You will be dropped off at your hotel or to the airport for your onward flight.

You will visit Lake Naivasha on the second day of the safari.

Maasai Mara has been named as the seventh Wonders of the World because of the great wildebeest migration. Moreover, you can also enjoy walking as well as balloon safari in Maasai Mara. The Mara reserve is 1,510 kilometers square of incredible wide-open landscapes and fertile riverine woodland following the looping meanders of the Mara and Talek rivers in Kenya. One glimpse is enough to explain the Maasai Mara's appeal with typical open savannah and a mass of amazing wildlife.

Wherever you go in the vast Maasai Mara, you will see a frequent amount of wildlife such as Maasai giraffe, baboons, warthogs, bat-eared foxes, grey jackals, spotted hyena, topis, impala, hartebeests, and wildebeest. Elephants, buffaloes, zebras, and hippos are also found in great numbers. It is also common to see lions either basking after a heavy meal or surveying the plains for their next meal. Cheetahs and leopards are harder to spot but reasonably common.

During this safari, you will be provided with daily breakfast, lunch, and dinner. The food will consist of nonvegetarian and vegetarian food. Mineral bottled water will also be provided.

Transfer available for additional US$25 per person

Please book your flight to arrive at Jomo Kenyatta International Airport (NBO). Transfer from and to this airport is available upon request.

Departure from Jomo Kenyatta International Airport (NBO) in Nairobi is available daily. Wild Safaris and Travel offers transfers from the Jomo Kenyatta International Airport (NBO) to the hotels in Nairobi, Mombasa, and other major towns where applicable. Wild Safaris and Travel is a registered company with the Government of Kenya, having met all the standards required by the Kenya Government laws. All of the prices are payable in U.S. Dollars (USD) one way. A transfer can be booked with an overnight tour.

It is advisable when arriving in Jomo Kenyatta International Airport (NBO) which is situated around 18 kilometers from the city center to use a dedicated airport transfer service. This is for your safety, courtesy, and better advice on where about in Nairobi and your destination point. Wild Safaris and Travel can also arrange private vehicle hire to any destination in Kenya and Tanzania. Please contact Wild Safaris and Travel for more details. When making a booking, you will need to advise your details of the flight, hotel in Nairobi, or destination. Your transfer will be confirmed within 24 hours.

Transfers in a transportation ideal for one to three passengers will cost 25 USD, while transfers in a six-seater van ideal for three to five passengers costs 40 USD. A nine-seater van transportation ideal for six to nine persons costs 50 USD and a 25 to 29-seater transportation that is ideal for 10 to 25 persons or groups cost 90 USD. This transfer must be booked hours in advance of your travel date. The duration of transfers are applicable and the exact duration will depend on the time of day and traffic conditions. Please note that the brand of vehicle used may vary depending on your specific travel date. Each traveler is allowed a maximum of one large and one small suitcase. Oversized or excessive luggage (e.g. surfboards, golf clubs, or bikes) may have certain restrictions, so please inquire prior to travel to confirm if your excess luggage is acceptable.