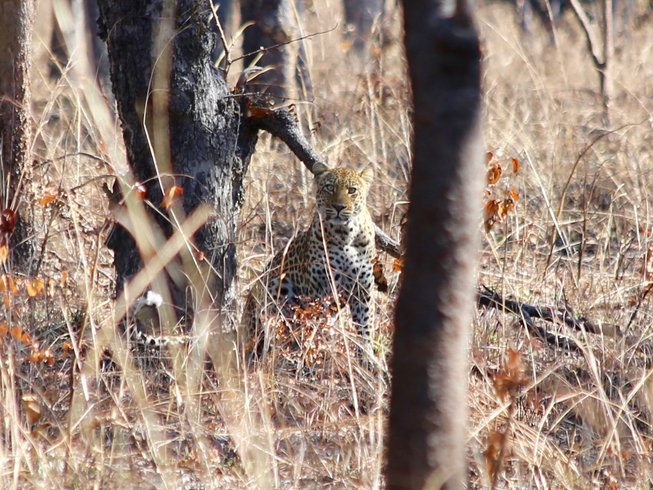 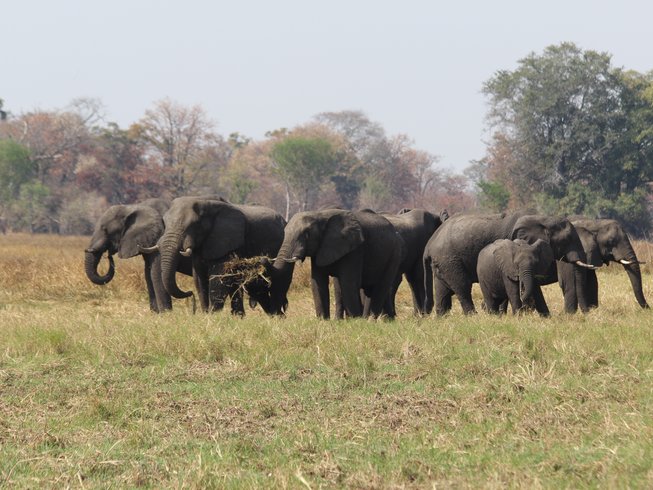 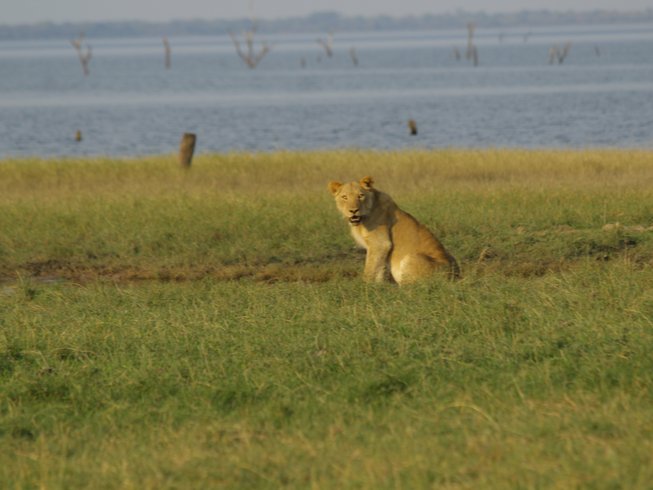 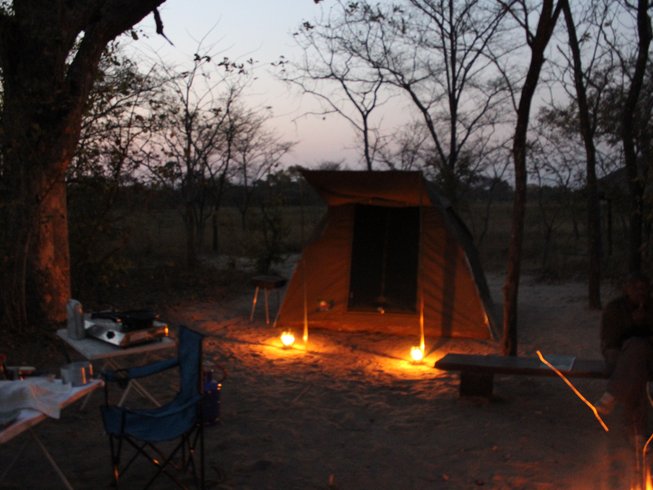 Login to save to your favorites
“Experience true wilderness!”
​
Photo
all media

This is a camping adventure to the southern Kafue National Park. Kafue National Park is Zambia's largest national park yet receives few visitors, making it one of Africa's last true wildernesses. You will have the opportunity to spot the major predators along with Africa's greatest diversity of antelopes, elephants, buffaloes, and over 500 bird species!

You will be camping in large canvas bow tents.

Nanzhila Plains Safari Camp is located in the remote southern sector of the Kafue National Park offering and exclusive and intimate experience for its guests. The lodge’s boma, shaded by ancient African Ebony and Sausage trees, is your window to the Nanzhila Plain.

The boma is your dining area, your sundowner spot, and your meeting place. The boma also has an open air fireplace - a perfect place for star-gazing and cozy evening gatherings around the campfire.

Nanzhila offers spacious thatched cottages, discretely built within the natural tree environment and offering magnificent views of the Nangandwe Pool and surrounding bushes. Each cottage is tastefully furnished with own en-suite facilities.

For those seeking a more traditional safari experience, Nanzhila also has three meru-style luxury tents, each furnished to a high standard, with en-suite bathrooms and private verandas. For the more adventurous and independent Nanzhila also offer camping sites, together with hot showers and flushing toilets.

Hippo Bay is settled on the Itezhi-Tezhi lake shore. The ideal location to relax after the best-kept secret game viewing in all Zambia, the Kafue National Park. Chill out overlooking the lake, shimmering silver in the midday sun with stark white dead trees providing a perch for several fish eagles.

The camp though is only a 40-minutes drive from the Musa Gate gives a secluded feeling. You will feel relaxed and connected to nature in this spot of Eden surrounded by red-coated Puku, scores of crested Guinea fowls, and of course the hippos singing!

You will depart Livingstone at about 7 a.m. for Kafue National Park. You will have a game drive before arriving at your camping site, Nanzhila Plains Camp Site.

Today you will have a game drive heading north to Lake Itechi Tezhi. Tonight, you will be camping at Hippo Bay Campsite.

Today, you will have a game drive while heading back to Nanzhila Plains Camp Site.

On this final day, you will have one last game drive and then you will return to Livingstone. Your arrival is approximately at 3 p.m.

This safari will take place at Kafue National Park, Zambia. Kafue National Park is the largest single protected area in Zambia and the second largest in Africa. Covering an area of about 22,400-kilometer squares, the park was first designated as a reserve in 1924 and declared a national park in the 1950s.

Unlike many tourist destinations, Kafue is still largely untouched and unvisited, a pristine wilderness with breathtaking landscapes, wonderful wildlife viewing opportunities, and a diversity of birdlife.

The permanently flowing Kafue River runs roughly north-south through the length of the park and exits in the south-eastern side where it is dammed by the Itezhi-Tezhi Dam. The flooded river fringes support to a variety of habitats and wildlife. The parks cover a range of habitats, from savanna grasslands to open miombo scrub and woodland, with dambos (grasslands which become marshy in the rainy season) interspersed among them.

In the extreme northwest of the park, lie the wet Busunga swamps with their adjacent floodplains and are a designated Ramsar site. While much of this northern sector is permanently waterlogged, the dry season (from May to November) becomes increasingly productive, as large herbivores are attracted to rich feeding grounds on the Busanga plains. Lions here are known for their tree-climbing habits.

Cheetah sightings can be good and the wild dog population is thriving but they are only occasionally seen. Leopards are prevalent in the forested areas. In the south, there are stony hills and rocky outcrops where mopane woodland takes over, adapted to hotter drier conditions.

A fringe of riverine forest lines the banks of the Kafue River, which has been controversially dammed just outside the park at Itezhi-Tezhi Dam, forming a 370-kilometer square reservoir within the park. Patches of Baikiaea (teak) and cryptosepalum evergreen forest occur in the south and west.

In the inaccessible northern reaches of the park, seasonally flooded grasslands provides an abundance of wildlife, with prolific birdlife and supporting large herds of herbivores, including lechwe, sitatunga, oribi, tsessebe, hartebeest, zebra, and buffalo, and predators typical of the region, including lion, leopard, and cheetah as well as the endangered African wild dog.

The area is noted for its diverse birdlife, with an amazing total of nearly 500 species being recorded, including the rare wattled crane and the black-cheeked lovebird. The Kafue and Lunga rivers offer superb fishing opportunities, especially good bream, barbe, and freshwater pike. An annual competition is held on lake Itezhi-Tezhi in September.

The main east-west road from Lusaka to Mongu crosses the northern half of the park. Seasonal dirt roads also link from Kalomo and Namwala in the south and southeast, and Kasempa in the north.

You will be served daily delicious breakfast, lunch, and dinner prepared for you by the camp cook. Please inform The Mobile Safari Company in case you have any specific dietary requirements or restrictions.

During this safari, you will have a chance to visit the elephant orphanage.