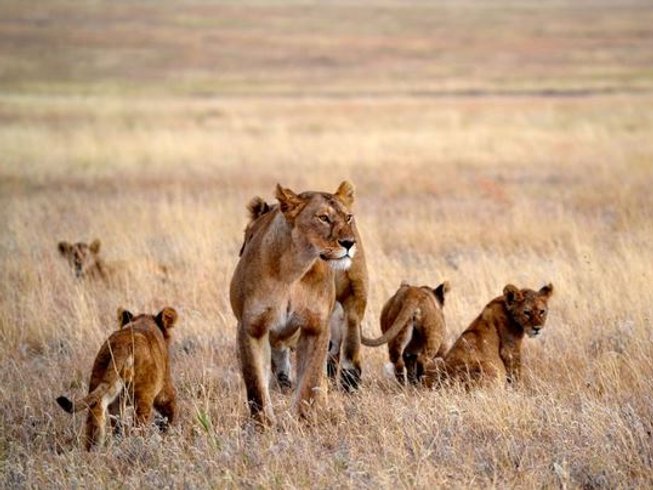 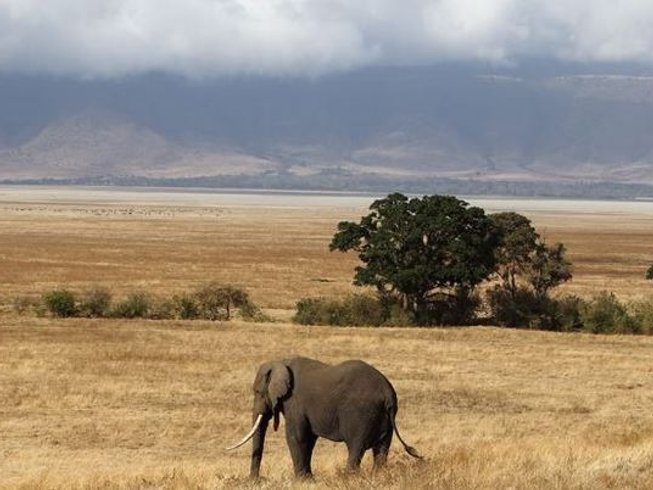 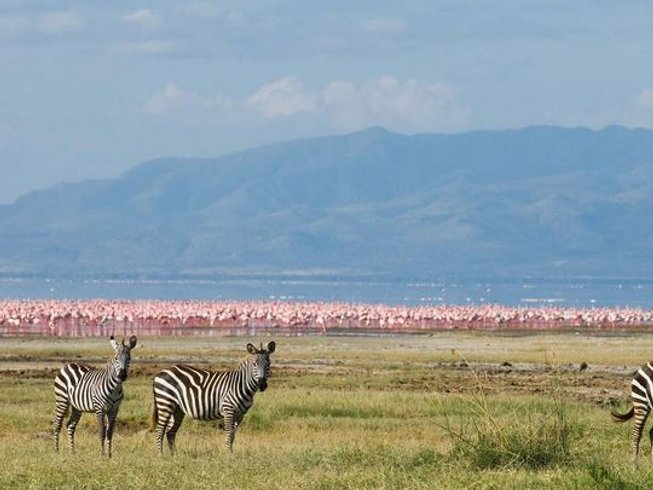 Login to save to your favorites
“Explore the best of Kenya has to offer!”
​
Photo
all media

Experience a breathtaking safari with Taste of Afrika Tours & Safaris in Tanzania! In this journey, you will have a chance to spot many fascinating Tanzania's wildlife such as monkeys, giraffes, zebras, wildebeests, and many more. In this safari, you will visit several spots to observe animals such in Lake Manyara National Park, Serengeti National Park, and Ngorongoro Crater.

You will spend your nights in various accommodations provided by Taste of Afrika Tours & Safaris. On your first day of your arrival, you will stay in an accommodation in Arusha. On your second day, you will spend your night at Eileen's Trees Inn in Karatu. For your third and fourth night, Serengeti Heritage Camp and Ngorongoro Wildlife Lodge will be your places of stay respectively. And for your fifth night, you will return to Arusha and spend your last night there.

You will be collected from the airport by Taste of Afrika Tours & Safaris' representative and driven to your accommodation in Arusha.

After the breakfast, you will be collected from your accommodation by your safari guide and your adventure will begin. Lake Manyara National Park is a relatively small but diverse park, which is located 120 kilometers west of Arusha. The park’s namesake is a shallow, salt lake. It covers a large area of the park, flooding, and drying with the seasons and is home to thousands of flamingos and over 500 of other bird species.

On your exploration of the park, you will see monkeys, giraffe, zebra, wildebeest, buffalo, elephant, and with some luck, lions lounging in the trees. The park is known for its diverse landscapes; not only open grassy plains but also primate-filled woodlands and baobab dotted cliffs. You will enjoy a picnic lunch in the park. After a further afternoon game drive, you will head towards to your accommodation where you will be able to relax and enjoy dinner.

After breakfast, you will continue towards the fertile highlands where wheat, coffee, and corn are grown by the Iraqw people. Passing through the Ngorongoro Conservation Area, you will be able to see the breath-taking Ngorongoro Crater before traveling onwards to the Serengeti National Park, which you will reach by midday. Serengeti National Park is the largest park in Tanzania with diverse landscapes and habitats, such as grassy plains, swamps, lakes, savannah, and mountains. After an extensive game drive, you will drive to your accommodation where you will enjoy dinner and an overnight stay.

After breakfast, you will embark upon another incredible game drive in Serengeti National Park before travel to the Ngorongoro Crater. Arriving at the edge of the crater in the afternoon, you will have your first glimpse of what awaits you the following day - glistening streams, open grassland, and an infinite amount of animals. You will spend the night at a nearby lodge with the orange glow of sunset surrounding you as you drift off to sleep.

Ngorongoro Crater, the world’s largest volcanic caldera, is almost 20 kilometers wide, approximately 600 meters deep, and it is known for its large variety of wildlife. In addition to the Big Five, the various springs attract animals such as wildebeest, gazelles, reedbucks, and more than 500 bird species. At a picnic site, you will have a lunch before enjoying some more game viewing in the crater. After your afternoon game drive, you will return to Arusha where your safari ends.

Sekanawo Gondwe is the founder and owner of Taste of Afrika Tours & Safaris. Hailing from the mountainous region of Kilimanjaro, Sekanawo has vast experience in guiding small to large tour groups that have the desire and urge to visit this beautiful continent of Africa.

Daniel is a true and passionate safari guide. He has been brought up in the foothills of Mount Kilimanjaro and around the most famous national parks in Tanzania, like the Serengeti, Ngorongoro, and Lake Manyara while learning and appreciating the nature in a range of unique natural environments including his most love, Serengeti eco-system. Daniel has been a tour guide for the better part of his life and had led a diverse range of expeditions and safaris.

Please book your flight to arrive at Kilimanjaro International Airport (KIA). Transfer from and to the airport is included. Taste of Afrika Tours & Safaris will pick you up from the airport.