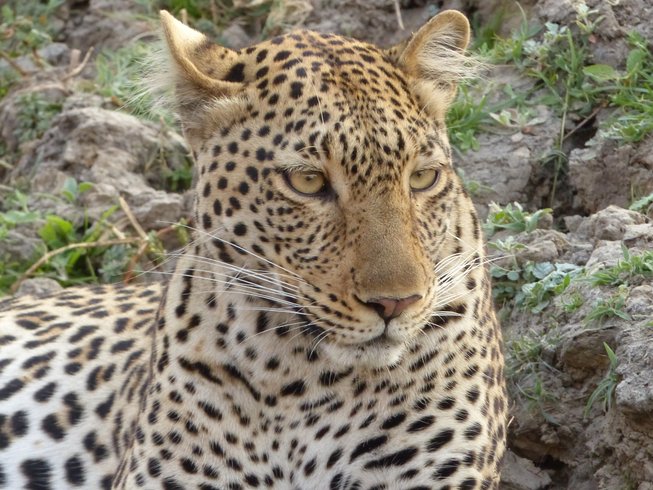 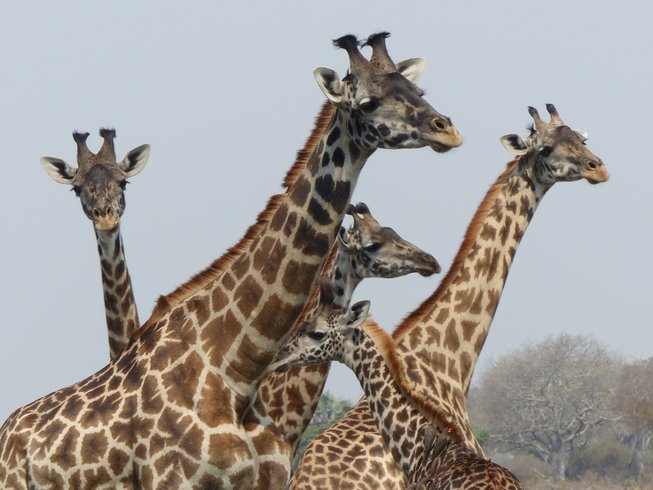 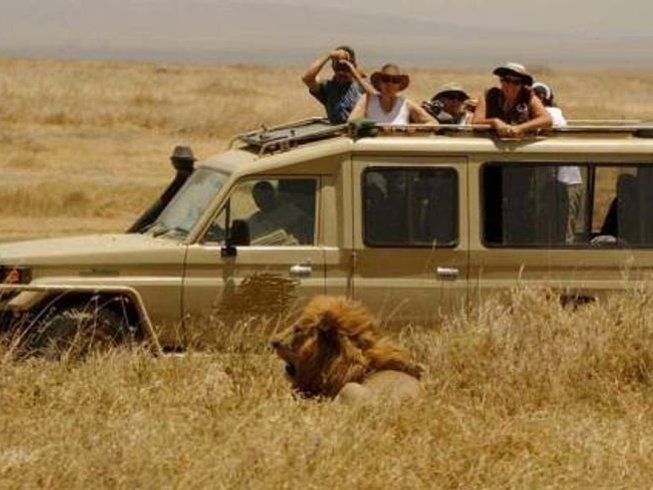 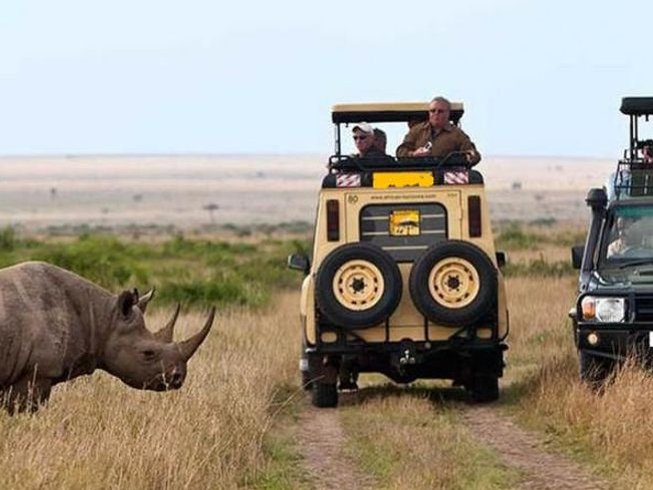 Login to save to your favorites
“Explore the breathtaking landscape of Tanzania!”
​
Photo
all media

Explore and discover the natural beauty of the Tanzanian wilderness. Sky View Adventure offers you a trip to experience the thrill of game drives on an open-roof safari vehicle at Lake Manyara and Serengeti National Park while admiring the true African landscape. You will have a chance to descend to the Ngorongoro Crater and observe the fauna that lives there. This is a tour that you don’t want to miss!

Situated on the outskirts of the vibrant village of Mto Wa Mbu, you will experience the Sunbright Hospitality in a quiet, natural environment. The campsite also includes an outdoor pool. Guests can enjoy a drink at the on-site bar.

There are lots of activities in the area, such as biking, canoeing, and hiking. Hippo Pool is 4 miles from Manyara Sunbright Lodge and Campsite.

After breakfast, drive to Lake Manyara with a lunch box and then have morning and afternoon game drive in the park. The park has varied habitat that attracts a wide variety of animals, including one of Africa’s largest concentrations of elephants, Lake Manyara’s unique tree-climbing lions, zebra, buffalo, giraffe, baboons, warthog, as well as large flocks of flamingos attracted by the algae in the lake. Dinner and overnight will be at the lodge / campsite.

After breakfast, you will have morning game drive in the park, lunch at lodge or campsite, and then drive to Ngorongoro with game drive en-route. Dinner and overnight will be at the lodge / campsite.

After breakfast, descend into the crater with a lunch box, and enjoy a full-day game drive. The Ngorongoro Crater is one of the most densely crowded African wildlife areas in the world and is home to an estimated 30,000 animals including some of Tanzania’s last remaining black rhino.

Supported by a year-round water supply and fodder, the crater supports a vast variety of animals, which include herds of wildebeest, zebra, buffalo, eland, warthog, hippo, and giant African elephants. Another big drawcard to this picturesque national park is its huge population of predators which include lions, hyenas, jackals, cheetahs, and the ever-elusive leopard. You will enjoy a picnic lunch on the crater floor.

Note: Sky View Adventure uses modern 4x4 Land Cruiser with pop up roof for all their safaris. The vehicles are well-maintained three to four times a week to ensure a journey of comfort and style. The vehicles are equipped with HF Radios, fridge, et cetera. Their well-designed safari vehicle guarantees window sitting.

During the safari, you will be served four breakfasts, four lunches, and three dinners. The meals served in the lodges and camps are of a high standard and can range from local to western food. The chefs are fully trained and know the importance of preparing delicious cuisine after a day on a safari. The menu below is a sample menu of what you can expect on Sky View Adventure's mobile and adventure safaris.

Note: Sky View Adventure serves both a western and local dish at the same time. They cater for vegetarians at the lodges as well as on their camping safaris.