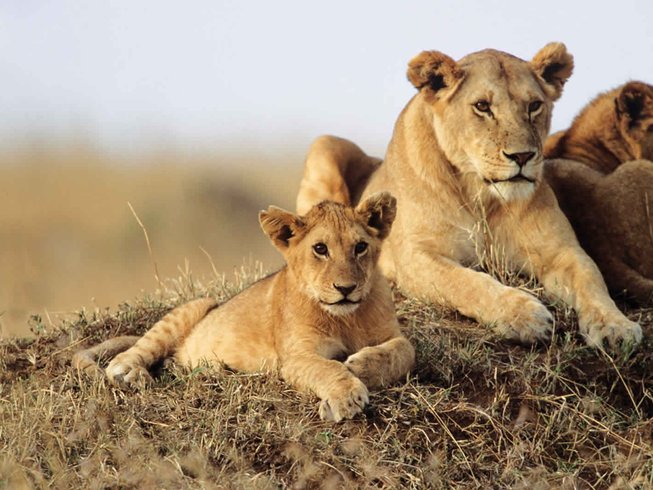 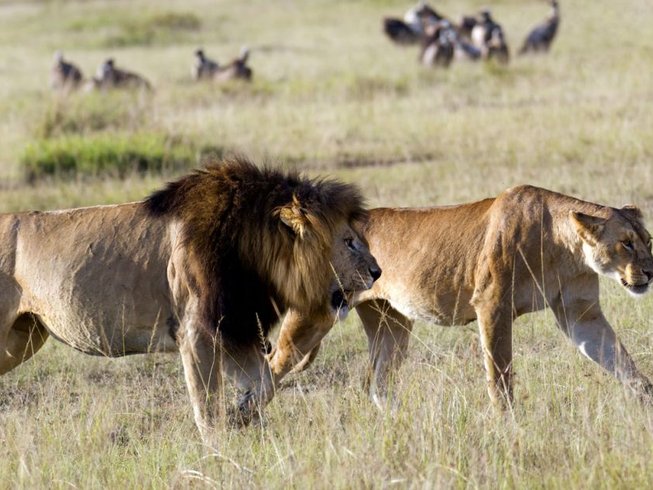 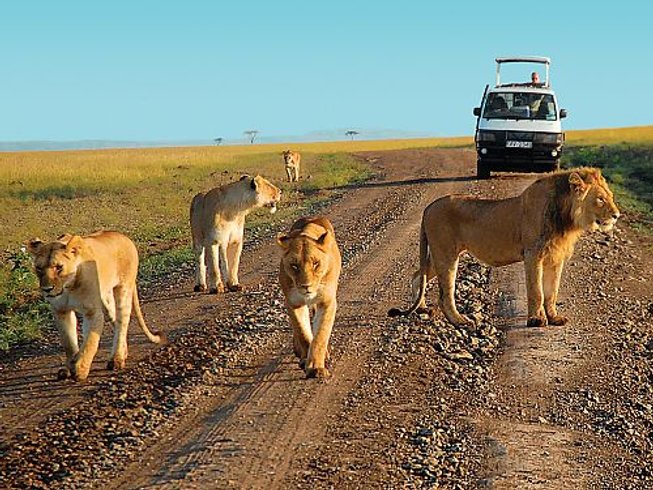 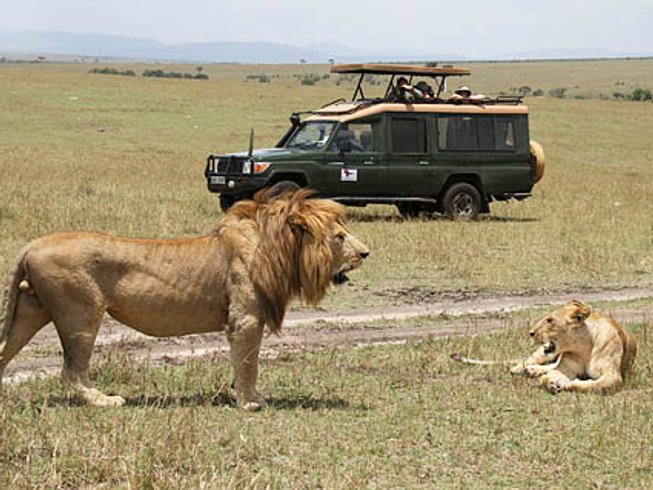 Login to save to your favorites
“Go on a short escape to the best Kenyan safari!”
​
Photo
all media

Join Seremara Safaris on an unforgettable safari experience in Kenya’s well-known Maasai Mara National Reserve! This Maasai Mara safari gives you the opportunity to view the greatest wildlife spectacle on earth; the migration, when over 1.3 million wildebeests gather together into a single massive herd that moves its way across the Tanzania border from Serengeti into the Maasai Mara, in search of lush pastures. Enjoy the spectacular views of the Great Rift Valley on your way!

At Basecamp Maasai Mara, 12 spacious and luxurious double riverside tents are offered, including one family riverside tent, which is perfect for families traveling with children. The tents are built along the banks of the Talek River, the natural border to the Maasai Mara National Reserve.

The dense riverbed foliage allows for maximum privacy and comfort, without compromising the view of the Maasai Mara National Reserve. With more than 286 identified bird species, you are certain to wake to a symphony of birdsong while staying at Basecamp Maasai Mara. 11 en-suite tents with flush toilets and options of twins, doubles, or triple are offered.

On this day, you will be picked up from your Nairobi hotel or Jomo Kenyatta International Airport (NBO) in the morning to drive to Maasai Mara through the Great Rift Valley. En-route, you will enjoy the spectacular views of the Great Rift Valley via the road built by Italian prisoners of war during the Second World War. You will arrive at Basecamp Masai Mara in time for lunch, freshly prepared by a well-trained team of Maasai chefs.

After lunch, you can wander around the camp compound and reconnect with your far-traveled self while you take in the tranquility of Basecamp Masai Mara. At around 16:00, you will stroll across a private suspension bridge to meet your guide for your afternoon game drive. As the temperature cools in the late afternoon, the predators of the Maara start preparing for the evening hunt for the big cats, which are the lions, the cheetah, and the leopards.

As the sun sets, you will return to camp for dinner, followed by stargazing and story-time around the fireplace. When you are ready, one of Seremara Safaris’ Maasai night guards, known as Askari, will escort you back to your tent where you will be lulled to sleep by the sounds of chewing wildebeest and singing grasshoppers.

Start this day by waking up for an early morning game drive for a chance to see the predators as they mostly hunt overnight and around dawn when they have the advantage of both darkness and cooler temperatures. It is also the time when many of the animals will be making their way to water holes or rivers for their first drink of the day.

Later, return to the camp in time for a well-deserved breakfast. You can relax in the lounge as you read a book or take a nap. After lunch, you will depart for an afternoon game drive in search of the wild animals. You will end your game drive with sunset sundowner at a designated point within Maasai Mara. Alternatively, you can take a full day of game drive with picnic lunches in the Mara.

Today, you shall wake at dawn in time for a final morning game drive. Witness how the savannah comes alive as the sun rises. After that, return for breakfast then collect your things and say your goodbyes. Just like the wildebeest, the time has come to wander on. Leaving the Maasai Mara after breakfast, you will drive back to Nairobi, traveling across the vast plains of Maasai land on the floor of Rift Valley, keeping an eye out for herds of giraffe and gazelles as you head up the Mau Escarpment. You will arrive in Nairobi in the early afternoon for your international flight connection or back to your hotel.

Gideon has been in the tour industry for over 27 years. He is a senior driver guide who is very familiar with all the major destinations in Kenya. His daily duties include guest transfer between airports, hotels, camps and tourist attraction areas in Kenya. With adverse knowledge of flora and fauna, excellent driving skills, flexibility and a generous smile, Gideon will welcome and guide you around this wonderful country. He proudly shares his knowledge of wildlife and sites with openness and a touch of humor. What he enjoys most during his guiding tours are the sunrises and sunsets ,the open

The Maasai Mara, together with Tanzania’s Serengeti, forms Africa’s most famous wildlife park in Kenya. The image of acacia trees on an endless grass plain epitomizes Africa for many and then add a Maasai warrior and some cattle to the picture and the conversation need go no further. The annual wildebeest migration through the Serengeti and the Maasai Mara is the largest mass movement of land mammals on the planet with more than a million animals following the rains.

However, that is not where the game viewing ends, a large pride of lions, elephants and giraffes in grasslands, gazelles, and eland are to mention but a few. Aside from traditional vehicle safaris, hot-air ballooning over the Mara plains has become almost essential and you can even do a horseback safari.

Kenya’s Masai Mara National Reserve is the ultimate ballooning destination. The landscape is stunning and free, and the abundant wildlife can make for spectacular viewings from above. As this is a wilderness area contiguous with the Serengeti National Park of Tanzania, with free-ranging wildlife that is not fenced in.

Typically, you may see a good diversity of animals and it is likely you will spot elephants, giraffes, various antelope species, and ostriches from the balloon. You may also see hyenas, lions, and cheetahs, and ballooning is one of the best ways to search for the elusive black rhino, of which there are less than 40 in the Mara. Depending on the day’s flight path, you may also drift along one of the rivers and see hippos and crocodiles.

If you visit the Mara between July and October, you will probably see the “Great Migration” of over a million wildebeest, along with large numbers of zebras and gazelles. Observing this phenomenon from the balloon is the best way to grasp just how huge the migrating herds really are, and is an experience not to be missed. Regardless of whether the “Big Five” are seen from the balloon, most people say that the balloon flight was a highlight of their safari.

Please book your flight to arrive at Jomo Kenyatta International Airport (NBO). Transfer from and to the airport is included. Seremara Safaris will pick you up from the airport.

Facebook Twitter Email Whatsapp
7 reviews
Value for money
Accommodation & facilities
Food
Location
Quality of activity
Organized by Seremara Safaris
Seremara Safaris is your most reliable partner for the best quality of safaris you can ever imagine with deep local knowledge and industry connections.
Nairobi, Kenya