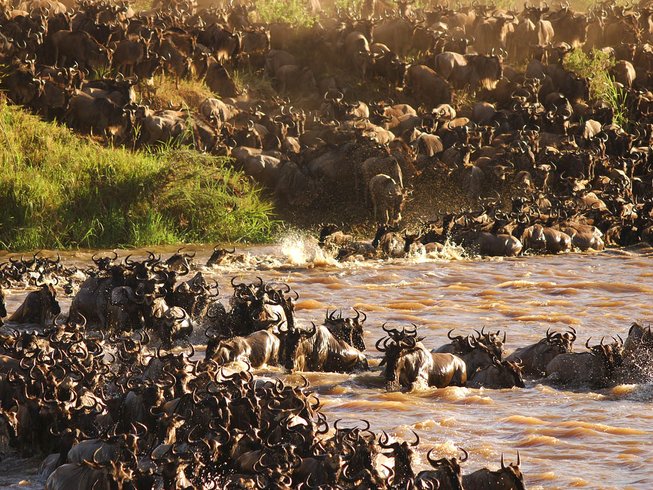 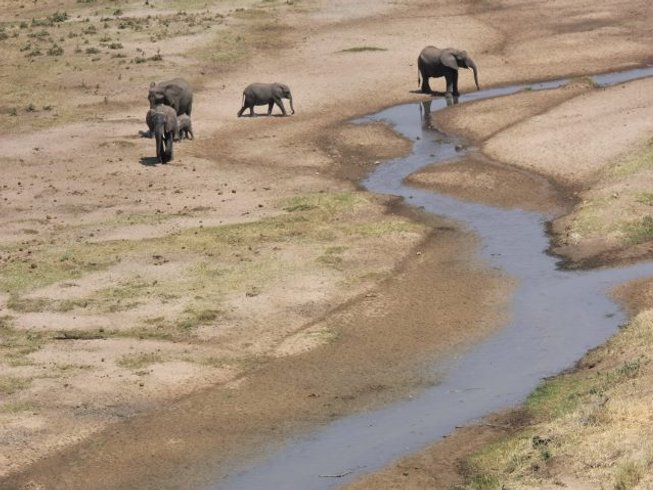 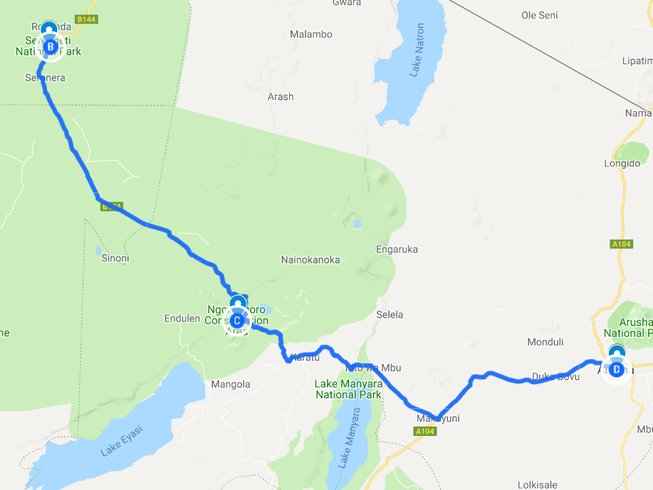 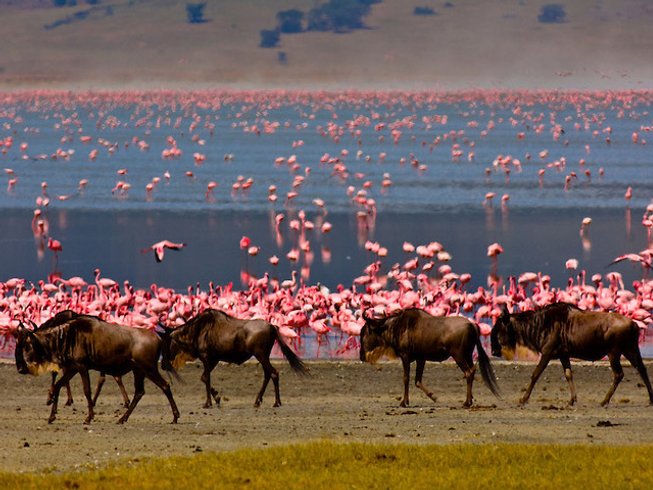 This astonishing annual Great Migration of wildebeest and other grazing herbivores across the Serengeti is one of the most amazing sights in nature. First the rain turns the grass luscious and green attracting the wildebeest, which in turn attract the predators in the form of lions and crocodiles, who feed on the wildebeest as they cross the savannah and rivers following the path of the ripening grass. This non-stop parade of animals consists of over one million wildebeest, approximately 250,000 zebras, and countless Thompson’s Gazelles.

Day 1: Arusha to Serengeti National Park (348 kilometers, six and a half hours' travel)

Day 2: Serengeti National Park (tracing the direction of the wildebeests)

Day 3: Central Serengeti (tracing the direction of the wildebeests)

This safari will take you through Serengeti National Park and Ngorongoro Conservation Area in Tanzania.

Serengeti is perhaps most well known for the annual migration that takes place across the great Savannah plains. This is a phenomenal sight: thousands upon thousands of animals, particularly wildebeests, as far as the eye can see. During the rainy season (from November to May), the wildebeests, whose population has been estimated at around 1,500,000, are found in the eastern section of the Serengeti and also the Masai Mara in Kenya to the north.

When the dry season begins at the end of June, the annual migration commences as the animals move in search of food pasture. The Serengeti is also famous for cheetahs, leopards, and lions, some of which migrate with the wildebeests while others remain in the central plain.

The elephant population in Serengeti was decimated by poaching, estimated to have fallen fivefold from 1970 to the 1980s, since then, the numbers have slowly increased. Birdlife is prolific in the national park and includes various species of kingfishers, sunbirds, rollers, ostriches, egrets, herons, storks, ibises, spoonbills, and ducks.

Birds of prey include Ruppell’s vulture and the hooded vulture, several varieties of kestrels, eagles, goshawks, and harriers. There is also a hippo pool by the name of Retina where you can have clear views of the hippopotamuses and even crocodiles.

The conversation area encompasses Ngorongoro Crater, Embagai Crater, Olduvai Gorge - famous for its palaeontological relics - and Lake Masek. The crater is home to a small number of black rhinoceroses, sustains a huge population of ungulates, and has the most concentrated numbers of lions known.

However, there are an estimated 30,000 animals living in the crater. Encounters with animals are frequent and there is a wide variety of games in the crater. These include lions, elephants, and rhinos as well as buffaloes, Thompson’s gazelles, wildebeests, and zebras. You are also likely to see ostriches and Lake Magadi, the soda lake at the floor of the crater, is home to thousands of flamingos.

There are also dive-bombing kites which are recognized for their skills of snatching visitors’ foods at the Lerai forest, which is a good place for a picnic lunch. The area is close to the Serengeti, northeast of Tanzania. Lake Eyasi marks part of its southern boundary and the Serengeti National Park lies to the west.

During this safari, you will be served with four breakfasts, five lunches, and four dinners as well as drinking water.

Transfer available for additional US$60 per person