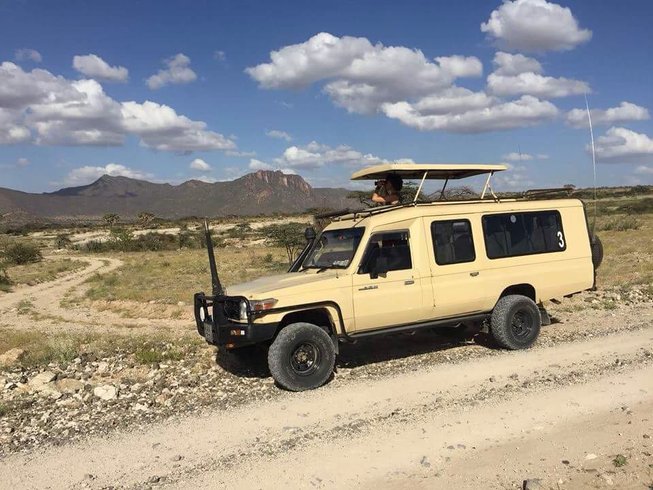 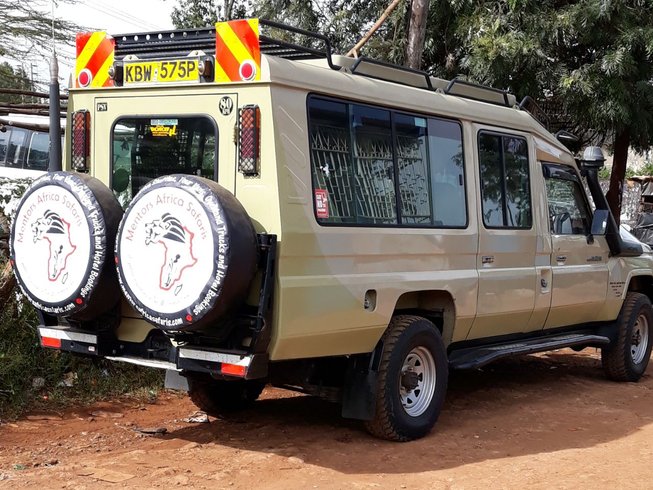 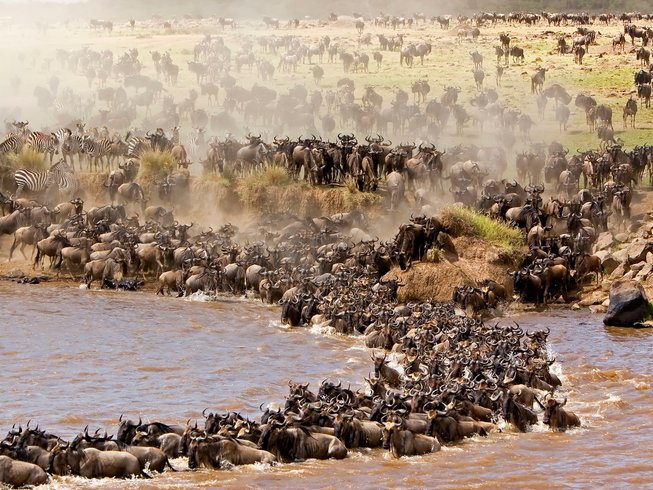 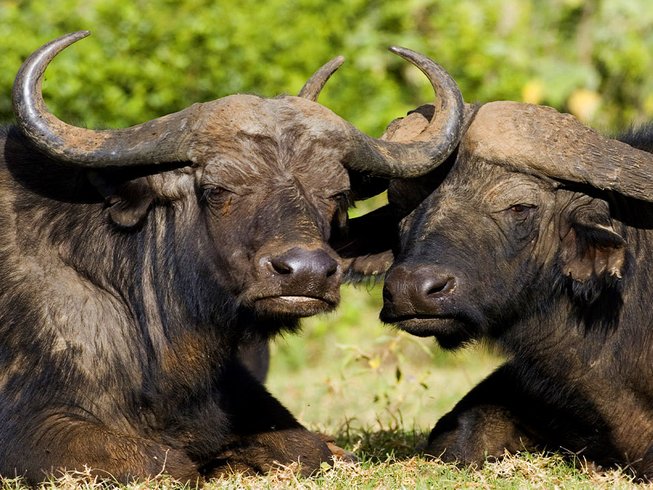 Login to save to your favorites
“Enjoy a fun safari with Scenery Adventures!”
​
Photo
all media

Masai Mara National Park is the most famous of Kenya’s national parks which lies to the north of Serengeti National Park in Tanzania. The Mara River which is a natural boundary between Kenya and Tanzania, sets the stage for the twice-yearly migration spectacle of wildbeest and zebra herds. Lions reside in large prides, and the ability to observe them at close range astonishes most first-time visitors. Join this safari for a memorable experience!

You will have the choice of accommodation between Lenchada Camp or Rhino Camp.

Depart Nairobi at 7 a.m. for a journey south along the floor of the Great Rift Valley. Then, go past Narok and climb the western wall entering Hemingway’s country, ‘’Serengeti plains’’. Lunch will be in Narok. In the afternoon, enjoy a game drive in this famous reserve. Dinner and overnight will be at Lenchada Camp or Rhino Camp.

Today will be a full day of game viewing. You will leave the camp after breakfast with a picnic lunch. Dinner and overnight will be at the camp.

Early in the morning, you will go on a game drive. After that, return to the lodge for breakfast before departing for Nairobi. A stopover is provided at Narok Town to browse in the bustling, vibrant Masai markets to buy curios and handicrafts. Lunch will be in Narok. On arrival in Nairobi, you will be dropped off at the airport for onward flight.

The Masai Mara National Reserve (also spelled Maasai Mara and often referred to as The Mara) is the park where Federico Veronesi has spent the best part of the last six years, and one of the places with the highest photographic potential in Africa and the world. It is part of the Greater Serengeti Ecosystem, and it hosts the famous wildebeests’ migration during the dry months of July to October.

The Masai Mara is a national reserve, managed locally by the Narok County Council. It shares its border to the south with the Serengeti, Tanzania. Its surface spans for 1,510 square kilometers, at an elevation of 1500 meters above sea level. It comprises different habitats and environments.

The Mara is the land of African legend: Lions are abundant throughout the park, as are the elephants, giraffes, and a variety of gazelle species and zebras. Cheetahs and leopards are also regularly seen and, less commonly, rhinos.

The annual wildebeest migration, one of nature’s few remaining wildlife spectacles, occurs in the Mara from July to September where the big animals and their predators are to be present in abundance during the time frame of this trip.

Several species of bee-eaters, the flying rainbow that heads the list of the Mara’s birds, occur in the reserve. Aside from wildlife, the Maasai Mara is also home to many members of the colorful Maasai tribe who may be seen around the borders of the park: Morans (warriors) loping across the plains, young boys herding goats, or elders grouped under a tree discussing matters of the day.

The price of the package includes full-board accommodation and mineral water during safari activities.

On the second day, early morning balloon safari is available as an option at 450 USD per person. The balloon launches at 6 a.m. and takes one hour. On landing, you will be welcomed with a champagne bush breakfast.