3 Days Unforgettable Tsavo East and Amboseli Private Safari in Kenya
This listing has no upcoming availability. Check out these similar experiences 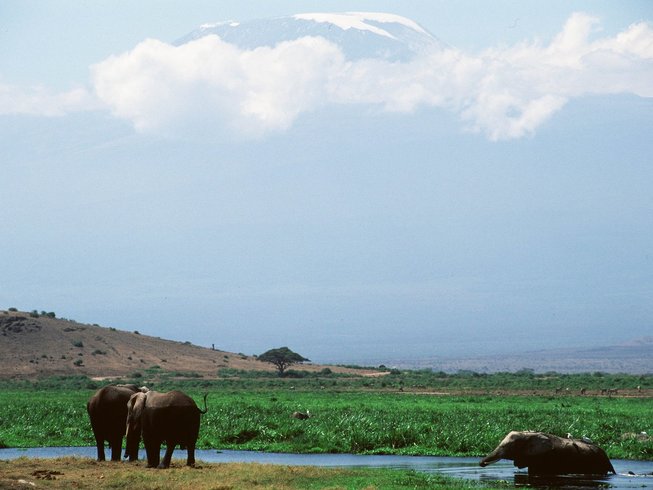 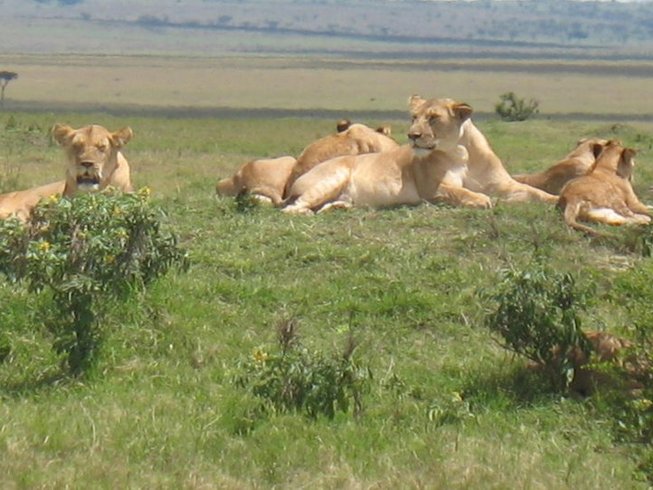 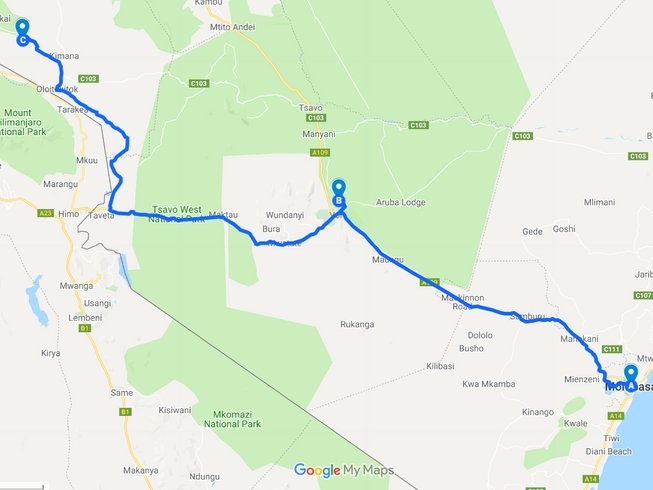 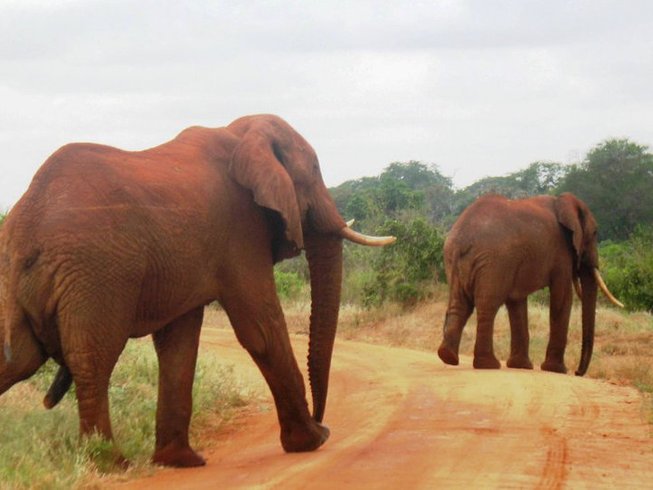 If you have little time but want to visit some of the top safari destinations in Kenya, you've come to the right page! Start your Kenya short safari early in the morning to Tsavo East National Park. Tsavo East National Park offers an extensive animal world as well as its famous "Red Earth", which has the impact of making all the animals look red. There, you can expect to see elephants, lions, cheetahs, giraffe, and a multitude of antelopes. You will stay overnight at Voi Safari Lodge or similar. After breakfast, drive to Amboseli National park lying on the North side of Mt. Kilimanjaro at the height of approx. 1,190 meters. Enjoy an afternoon safari in this small but wonderful park.

During this safari in Kenya, you will stay at Voi Safari Lodge and Sentrim Amboseli.

Pick up from your hotel in the morning and drive to Tsavo East National Park with an en-route game drive to your booked camp or lodge for lunch. After lunch, embark on a game drive in an area of Tsavo East and then dinner and overnight.

After breakfast, drive to Amboseli with game en-route for Amboseli National Park to arrive in time for lunch. Enjoy an afternoon game with Mount Kilimanjaro providing a scenic background for photography. Dinner and overnight at your pre-booked safari camp or lodge.

After an early breakfast, you go for a morning game drive then later leave the park and drive Mombasa with lunch had in Voi town. Arrive in Mombasa in the evening.

The twin national parks of Tsavo East and West together form one of Africa’s largest wilderness reserves. This single national park is larger than the island of Jamaica. Tsavo as a whole consists of 10 million acres of pure wilderness, incorporating savannah, ranges and hills, acacia and montane forest, and an extensive river system. The vast plains of Tsavo are crossed by the main Nairobi-Mombasa railroad. This historic railway was, in 1899, the scene of one of Africa’s greatest Adventure stories.

Two large lions actively preyed on the railway workers as they built a bridge over the Tsavo river, claiming over 120 victims. They evaded hunters for well over a year, and the legend of the Maneaters of Tsavo was born. The sheer scale of Tsavo gives the visitor a chance to really get away from it all, and to explore the wild in total solitude. On safari here you will see large herds of Elephant, their hides often a luminous red with dust, as well as Lion, Buffalo, Eland, Giraffe Impala, Kudu and possibly Rhinoceros.

Tsavo is a birdwatcher’s paradise with numerous species of weavers, hornbills, sunbirds, rollers, and raptors commonly seen. One of Tsavo’s most interesting geographical features is the Lugard Falls, where white water rages through a series of spectacular rock formations.

Also not to be missed is the volcanic Mzima springs. These natural springs produce 50 million gallons of fresh sparkling water daily. These waters are alive with shoals of barbel and Hippopotamus and waterfowl. A unique underwater observatory has been built that gives you an incredible view of this crystal clear underwater world, where massive hippos glide silently through swirling shoals of barbel

These springs have created a sprawling wetland paradise of giant Raphia palms and oases alive with waterbirds. Both Tsavo East and West are ideal for those who enjoy solitude and a chance to explore the wilderness without encountering other people. Lodges and camps tend to be remote and accessible by long drives or air transfer. Of the two parks, Tsavo East is the more remote and less visited. Many of these can organize game walks and other activities.

The relative proximity of Tsavo East to the coast makes it an ideal safari destination for those staying on the coast or wishing to combine a safari and beach holiday. Many coast-based visitors combine a safari to Tsavo with visits to the Shimba Hills and Taita game sanctuaries, Amboseli National Park, or the Chyulu Hills.

Amboseli is a land of giants. This is a place of wide dry plains, where the horizons stretch into the furthest distance and become one with the sky. Amboseli is renowned for its elephant populations and large herds, including some impressively tusked bulls, are drawn to a series of large, lush swamplands. But the most impressive giant of all is Mt Kilimanjaro.

Africa’s largest mountain lies just over the border in Tanzania, but the most impressive views of its snow-capped peak are to be found in Amboseli. The early light of dawn turns the mountain a dark hue of purple and its snows into an ethereal pink. The sight of Kilimanjaro high above herds of elephant crossing the plains of Amboseli is a timeless African image. This area is home to many Maasai communities, centered around the Amboseli National Park.

The park is 400 square kilometers, with its southern boundary along the Tanzanian border. The park is home to more than just elephants, and herds of wildebeest, zebra, and impala graze on the open plains. There are areas of acacia forest that make for good birding and are home to many small mammals. Cheetah is also often sighted here.

The park is centered around a large hill, with fantastic views of the surrounding plains, often crossed by whirlwinds that send winding columns of dust into the sky. This open country is good walking territory, and many camps and lodges organize game walks or trips to spend time in local Maasai villages.

Please book your flight to arrive at Moi International Airport (MBA). Rockland Kenya Safaris provides transfers from this airport at an extra cost. You have the ability to choose between three-seater taxis or nine-seater vehicles so you can have a little extra space. A driver will meet you in the arrivals hall at the airport with your name on a board so you will easily be able to identify him. Prior to arrival, they will also let you know your driver's name and the mobile number just in case you need to speak with him.