10 Day Fantastic Tiger and Wildlife Tour in The Three Best National Parks in Central India
This listing has no upcoming availability. Check out these similar experiences 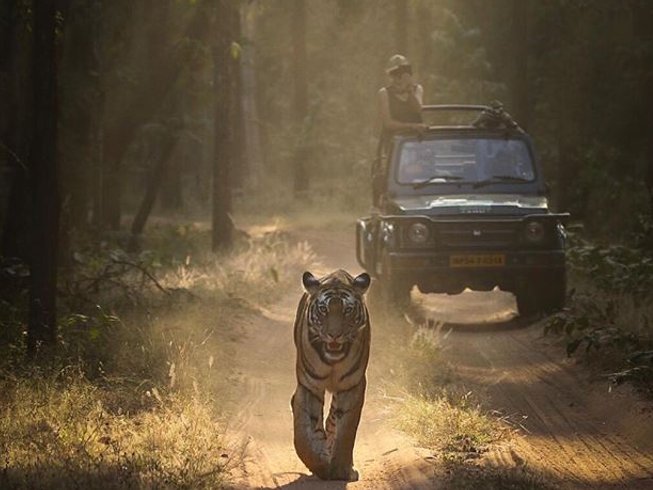 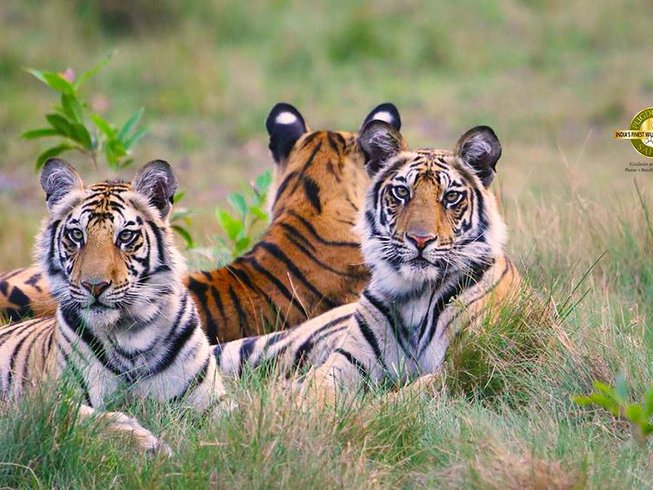 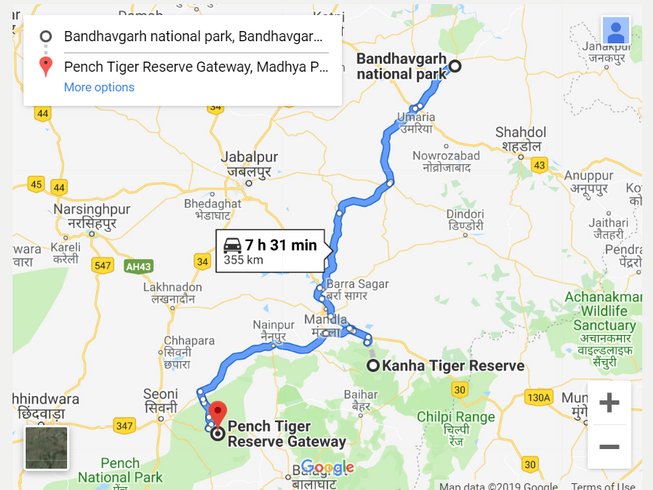 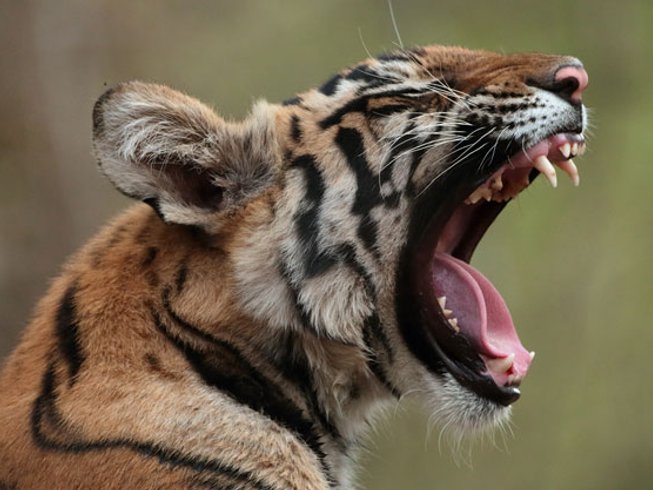 As one of India's leading responsible safari companies, Pugdundee Safaris Denwa Backwater Escape invites you to experience wilderness presented by the very best of the Indian subcontinent wildlife and hospitality during this tiger tour in India. This tour is ideal for a wildlife enthusiast focusing on the tiger as it covers the three best parks in Central India for this animal. This also gives the opportunity to view other mammals like swamp deer, Indian gaur, wild dogs, sloth bear, and an array of other mammals and birds. The whole experience is beyond words!

Kings Lodge is nestled between Sal forested hills of Bandhavgarh National Park in a large natural forested estate of 14 hectares in a small tribal village. Kings lodge is environmentally sensitive, harmonious with the natural features of the site and accentuates natural daylight to all facilities. Local knowledge and art have been incorporated in the development and the lodge has been constructed using local manpower. Guests benefit from its incredible location, outstanding hospitality, an experienced naturalist team, Kings Lodge's commitment towards conservation and local communities.

Kanha Earth Lodge is spread in a forested area of 16 acres adjoining the buffer zone of Kanha in a small tribal hamlet. The lodge architecture has been inspired by the Gond tribal villages situated on the fringes of Kanha. The lodge has been built with high standards towards eco-sensitivity, local village cooperation, and great wilderness experience. As a conscious decision, the lodge is situated remotely, away from the tourism hub, yet close enough for easy access to the park.

Pench Tree Lodge is a unique boutique experience, set in one of the least explored areas of the Pench National Park. Located in the picturesque village of Sarahiri. The lodge offers its guests proximity to the Karmajhiri gate, and closer home, access to 16 hectares of private forested land to explore and observe the occasional wildlife at close quarters.

While at the lodge, the tastefully done up Tree Houses offer a serene slice of wildlife heaven, perched high up on a tree, surrounded by undisturbed rolling acres of jungle shrub and trees. The six tree houses are private cocoons and yet, are at an easy distance from the dining and recreational spaces.

Arrive Kings Lodge for lunch, a short nature walk around in the lodge in the evening.

After breakfast, depart for Pench Tiger Reserve (five hours). In the evening, spend time at the in house organic vegetable and herb garden.

After breakfast, transfer for further connections.

Bandhavgarh was established in 1968 as a national park and is spread over an area of 448 square kilometers. This national park was declared as a tiger reserve under Project Tiger in the year 1993. It is predominantly covered with vegetation like sal, sali, dhobin, and has vast stretches of grasslands spread over 32 hills, the region though smaller than other wildlife parks has one of the highest density of tigers in the world.

Kanha Tiger Reserve's spectacular sal and bamboo forest, rolling grasslands, and meandering streams stretch over 1945 square kilometers in the heart of central highlands. This is the original Kipling country so fondly written about in the Jungle Book. The park is the only home to the rare Hard Ground Barasingha found in its large grasslands. Kanha is also home to tiger, leopard, sloth bear, deer, ungulates, lesser cats, and close to 300 bird species.

Pench National Park, established in 1975, harbors one of the highest densities of prey animals, chased by an estimated 65 tigers. The landscapes of scrublands, deciduous forest of teaks and many lakes, streams and Pench River can be instantly associated with the incidents and wild mentions of the animal life in the jungle book of Sir Rudyard Kipling. Pench is popular for tiger, wild dog, Indian gaur, jackal, and leopard, besides many other mammals and birds.

To reach Kings Lodge, please book your flight to arrive at Jabalpur Jabalpur Airport (JLR), which is 190 kilometers away or Civil Aerodrome Khajuraho (HJR), which is 245 kilometers away. Please allow a minimum of 24 hours prior notice to organize an airport transfer.

The nearest train station is in Umaria, which is 35 kilometers from the lodge. Other possible train stations to get off are Katni (100 kilometers), Jabalpur (190 kilometers), or Satna (150 kilometers). If you need a transfer service from any of the stations, please inform Pugdundee Safaris Denwa Backwater Escape at least 1 day before your arrival.