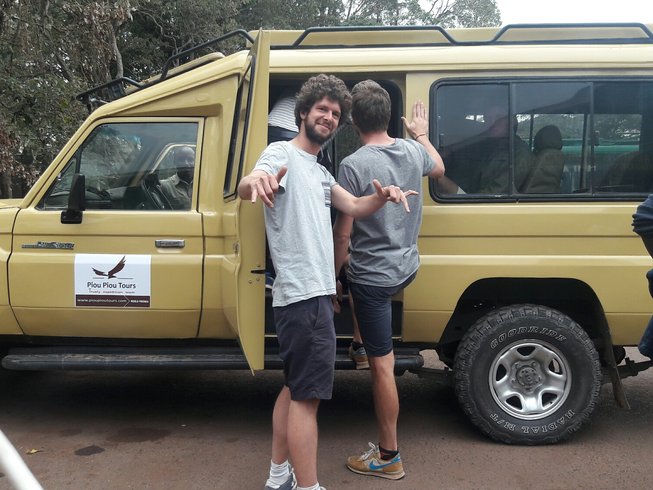 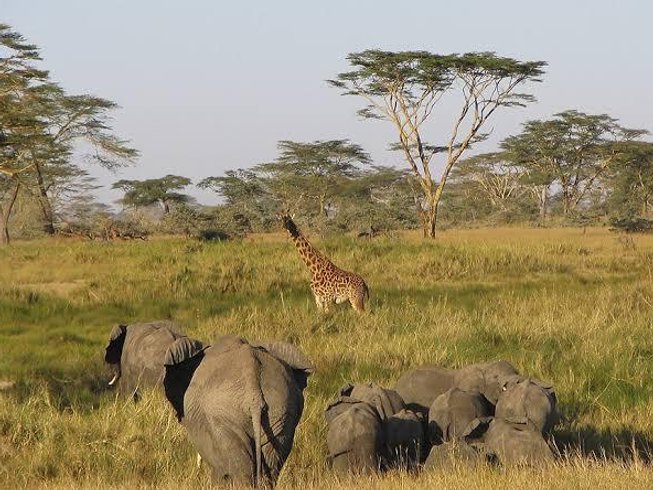 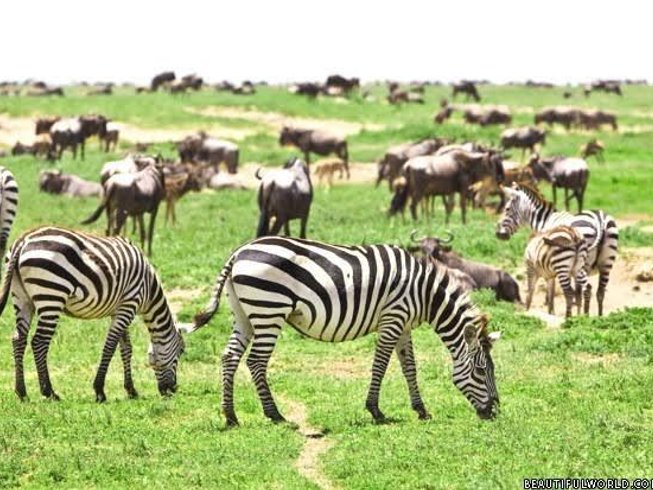 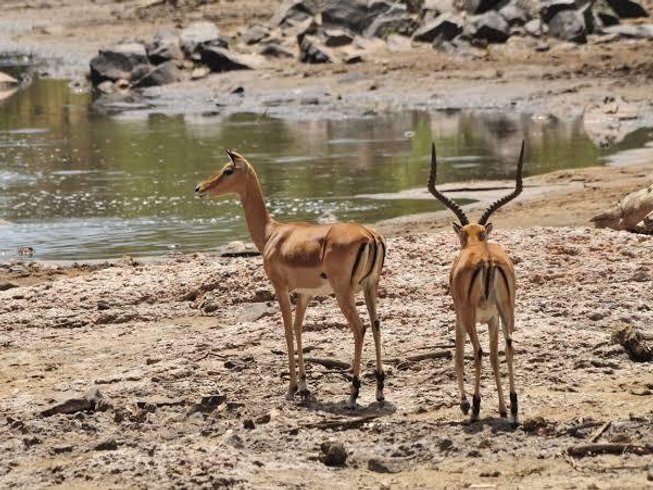 This is a four-day Tanzania budget tour visiting the country's most frequently visited and popular parks! Tanzania budget tours to Lake Manyara and Ngorongoro crater are famous due to the unique attractions not found on the rest of tourist destinations in Tanzania.

During the safari, you will overnight at Eileen's Tree Inn. On your first and last nights, you will stay at midrange hotels, Silver Palm Hotel and Outpost Lodge.

You will be picked up from the airport and dropped off the hotel in Arusha.

Have an early breakfast and depart for Ngorongoro Crater and descend down the crater floor for a game drive. Have lunch at the hippo pool picnic site, ascend to the rim and drive back to Arusha and you will be dropped off at your Arusha hotel.

End of services, you will be transferred to the airport.

Piou Piou Tours is focused on ensuring that your once-in-a-lifetime experience is memorable for the right reasons and not the wrong ones. They have specifically designed their large fleet of Land Cruiser and Land Rover vehicles to maximize your safety, game viewing experience, comfort, and convenience whilst on safari. Piou Piou Tours has thought long and hard about what is required in a vehicle to ensure your experience is memorable for all the right reasons.

All vehicles are equipped with seatbelts for all children and adults on board, fire extinguishers, comprehensive first aid kits, two-way radios, and cell phones so the drivers can maintain 24-hour contact with the national park headquarters and the Piou Piou Tours team if in need of urgent assistance.

Battery-powered refrigeration is fitted into each vehicle, ensuring your drinks, snacks, and foods stay safely chilled for the duration of your safari. Bottled water is provided to all guests when on game drives.

Prior to your safari, your vehicles will be checked from bonnet to boot, tire to the rooftop by the Piou Piou Tours mechanical staff and driver guides to ensure that they are in good condition before setting out on safari. Obviously, because of the very nature of the business and the roads that you will travel, they still occasionally have problems. When this happens, Piou Piou Tours has established contingency procedures to ensure that the interruption to your safari is minimized because of mechanical problems.

There is no use having the best guide on safari if you cannot hear them acheter viagra pour femme pas cher. Piou Piou Tours is the only company in Tanzania that has taken this important issue into consideration as they have installed public address systems in all of their vehicles so your guide will always be able to communicate clearly no matter where you are sitting.

All of the Safari Cruisers or Safari Land Rovers either have five or seven-seat configurations to cater for the single enthusiast right through to large family/travel groups. These configurations guarantee that everybody has a window seat and access to the photographic roof hatch at all times during the safari.

For additional comfort and convenience, all vehicles are fitted with extra dust proofing, 12-volt inverter plugs to keep your cameras, torches, and computers charged throughout your safari, drink holders for those bumpy roads, refrigerators, and binoculars.

Joseph(33) worked as a Land Rover mechanic for years before graduating to the position of head guide. He has been a guide now for 10 years. His willingness to teach and enthusiasm for Tanzania enriches our traveler's safaris from start to finish.

Lake Manyara National Park is 329 kilometers squared. The entrance gate lies two hours and 126 kilometers from Arusha. Within the park, there is Lake Manyara which is a rift valley lake and it's home to various water animals and birds. This park is home to over 400 bird species, of which 300 are migratory birds including flamingo, long-crested eagle, and grey-headed Kingfisher, and many animals which live on the giant fig trees, mahogany, groundwater forest, acacia woodlands, bush plains, baobab strewn cliffs, and algae-streaked hot springs.

You can access the park through the road, two hours from Arusha, or by air via charter flights from Arusha to the Manyara airstrip in 45 minutes. The best time to go to this park is all year round.

Ngorongoro National Park is 8300 square kilometers. It’s a world heritage site and is located in Ngorongoro District and the world’s largest intact volcanic caldera lies within this conservation area; it was formally a part of Serengeti National Park. This park is home to over 500 bird species, 25,000 large animals, which live in the montane forest, grassland, bushland with bussei trees, open grassland, woodland, Munge Stream, Lerai Stream, Ngoitokitok Spring, and many other small springs around the crater’s floor.

You can access the park by road via driving from Arusha, pass the gate of Lake Manyara National Park then proceed to Ngorongoro Crater Conservation Area which is about 180 kilometers from Arusha, a 4-hour drive; or by air via charter flights from Arusha to Manyara airstrip.

All of lodges and hotels offer meals in restaurants while for camping options, you will be accompanied by a professional cook who is able to make a three-course meal using a sharp knife and gas. Bottles of drinking water are provided throughout the trip.

Please arrange your flight to arrive at Kilimanjaro International Airport (JRO). Transfers are all included in the package, Piou Piou Tours will pick you up from the airport.