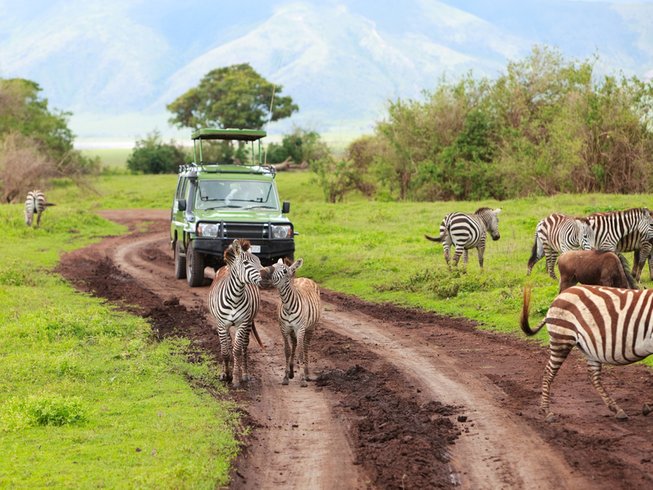 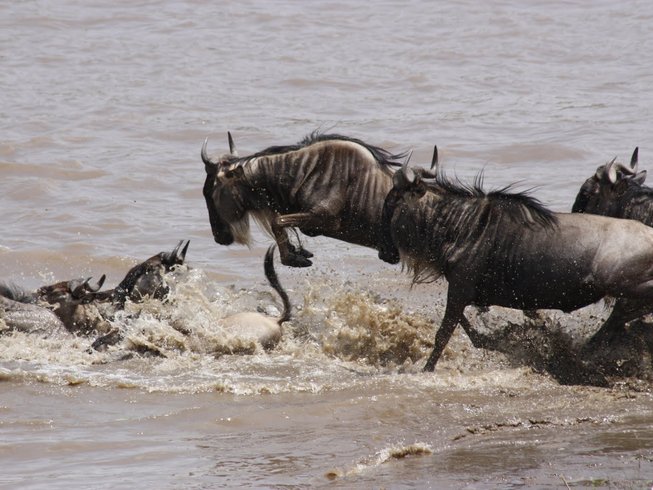 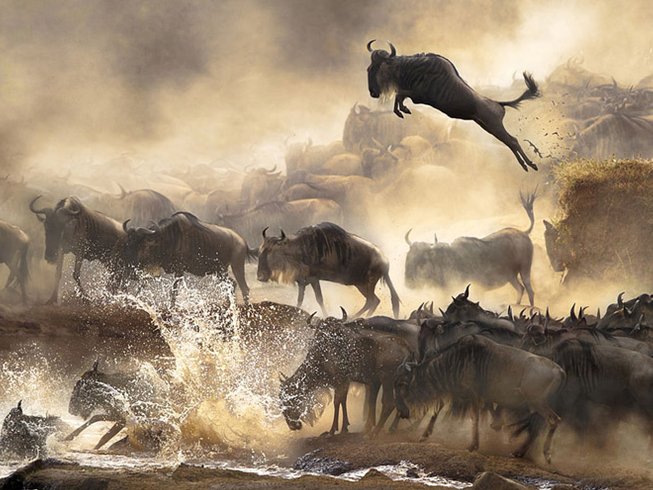 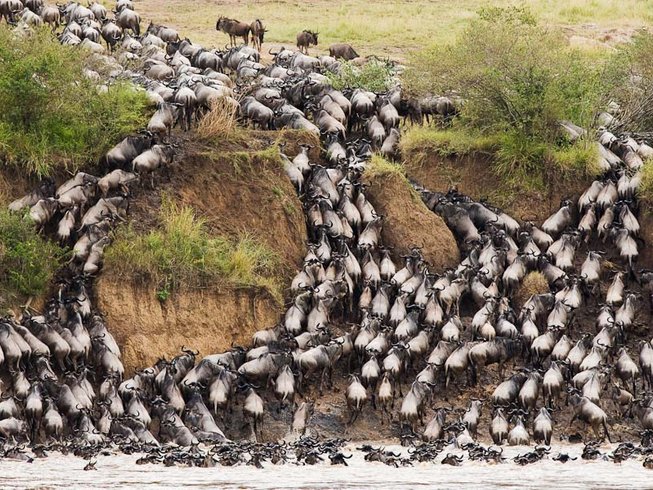 Wonderful Safari in Kenya and Tanzania

Perfect safaris invites you to join this wonderful multiple-country safari. You will experience the natural highlights of Kenya and Tanzania on this eight-day guided tour, which includes multiple safaris at famous game reserves like Maasai Mara and Serengeti. You will spend your time experiencing the epic holiday with the best service! No need to worry about anything because Perfect Safaris will prepare it for you. This will be your once in a lifetime journey!

You will be accommodated in various accommodations along the way as follows:

Pick up in Nairobi from the hotel or residency within Nairobi at 8:00 am and start the safari to Maasai Mara at 8:30 a.m. You will have a stopover at the Rift Valley viewpoint at 10:00 to see the escarpments and the flatlands below. The Rift Valley is a geographical formation that formed millions of years ago and runs from the top to the bottom of Africa.

When back, you shall have dinner and end the day lodging at the Lenchada Tourist Camp. Your accommodation for the night includes a big tent with a bed, toilet, hot running water, and shower. All food is served at the restaurant there, and a generator is provided to charge phones and cameras from 6:00 p.m to 10:00 pm and 6:00 a.m to 8:00 a.m.

At 7:30 a.m., you will start a full-day game drive all the way to the Mara River, the site of the great wildebeest migration. You shall have a picnic lunch in the park at 1:00 p.m., then complete the game drive and return to the camp at 4:00 p.m. In the evening, you will visit a Maasai Village to learn more about their culture for an hour. You will then eat dinner and enjoy free time in the evening.

Breakfast the proceed to an early morning game drive. Then you will start the drive to Namanga border to spend the night. A separate car will pick you to head to Namanga which is the border town to get ready for the Tanzania part of the safari. You shall get stamping and visa at the border. After that you shall have dinner and accommodation at Namanga River hotel.

Morning dive to join a group for the safari at Manyara national park. Manyara is 2 hours drive from Arusha and it’s a small park that you can do game drives for 2 to 3 hours. There shall be game drive after lunch until evening. You shall proceed for dinner and relaxation at your camp.

Breakfast then leave for Serengeti. Arrive and start game drive enroute to the Serengeti Katikati camp. More game drives afternoon until late evening then have dinner and relax.

Early morning game drive in Serengeti until afternoon. You shall have picnic lunch in the park then depart after lunch. Game drive en route to Ngorongoro and arrive at Simba campsite to have dinner and spend night there.

Early Breakfast, early morning descent into the crater. Game drive in Ngorongoro with picnic lunch. Depart after 1 p.m. and start drive for 3 and a half hours to arrive in Arusha around 5 p.m. then have dinner and relax. Accommodation is at Rich Hotel.

Depart by the morning shuttle that leaves at 9 a.m. Drive to the border to cross into the Kenya side. Drive on to arrive in Nairobi at around 2 or 3 p.m. depending on traffic. End of safari.

Maasai Mara National Reserve is the most popular tourist destination in Kenya. Located in the Great Rift Valley, it is primarily an open grassland. Wildlife is most concentrated on the reserve’s western escarpment. It is regarded as the jewel of Kenya’s wildlife viewing areas. The annual wildebeest’s migration alone involves over 1.5 million animals arriving in July and departing in November. Hardly can a visitor miss to spot the Big Five. The phenomenal wildebeest migration which is a spectacular event that can be seen in Maasai Mara is the wonder of the world.

The term Serengeti means endless plains in Maasai language. In the central plains, there are carnivores like leopard, lion, hyena, and cheetah. This park is normally the scene of the annual migration of wildebeest and zebra that occurs between the Kenyan Mara and the Serengeti. Varied bird species can be seen here including eagles, ducks, geese, egrets, vultures, secretary birds, ibis, stork, herons, kites, pelicans, cranes and guinea fowl. The Serengeti National park is an arguably the best-known wildlife sanctuary in the world with over three million large mammals.

About 35 species of plains animals can be seen here including the Big Five - elephant, rhino, lion, leopard, and buffalo. Other common species found here include hippo, giraffe, eland, impala, and other antelope types, baboons, monkey, and a profusion of over 500 species of birds. In May or early June, huge herds of wildebeest, gazelle, and zebra begin their annual spectacular migration northwards.

Lake Manyara National Park is known for the flamingos that inhabit the lake. During the wet season, they inhabit the edges of the lake in flocks of thousands but they are not so present during the dry season. More than 400 species of birds inhabit the park and many remain throughout the year. Because of this, Lake Manyara National Park is a good spot for bird watching. Visitors to the park can expect to see upwards of 100 different species of bird on any day.

Leopards, Maasai lions, cheetahs, elephants, blue monkeys, dik-dik, gazelles, hippopotami, Maasai giraffe, impala, zebras, and many more wild animals inhabit this park and many can be seen throughout the year. There is a hippo pond at one end of the park where visitors can get out of their cars and observe from a safe distance. The leopards and lions are both known to lounge in the trees while not hunting for prey.

The most famous such crater is without question Ngorongoro, the world’s largest intact volcanic caldera and home to the highest density of big game in Africa, including all the Big Five and plenty of predators. Ngorongoro is justifiably one of the continent’s most famous safari destinations.