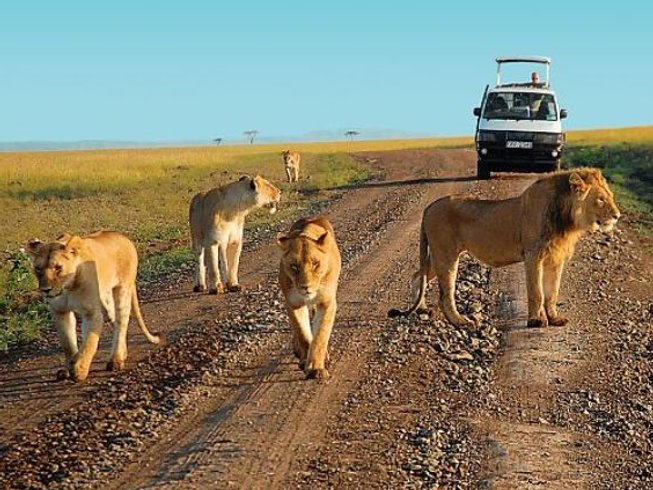 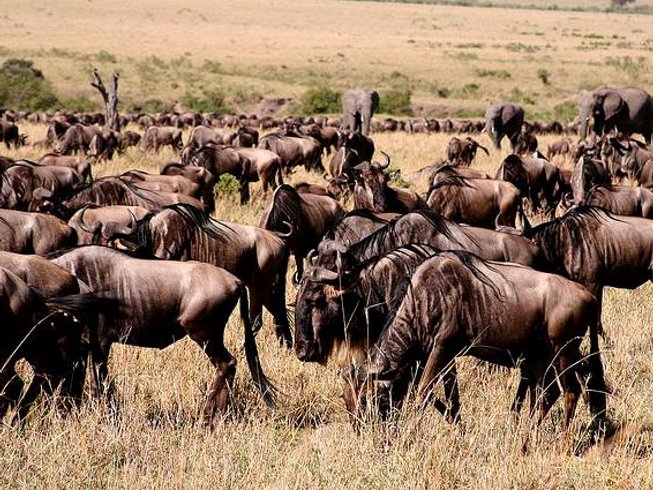 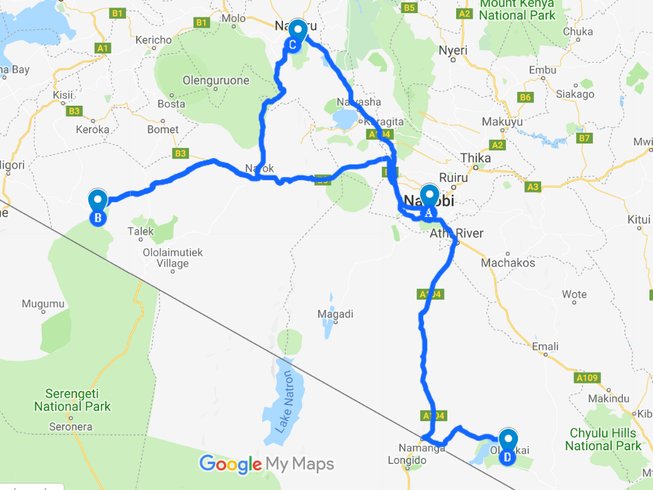 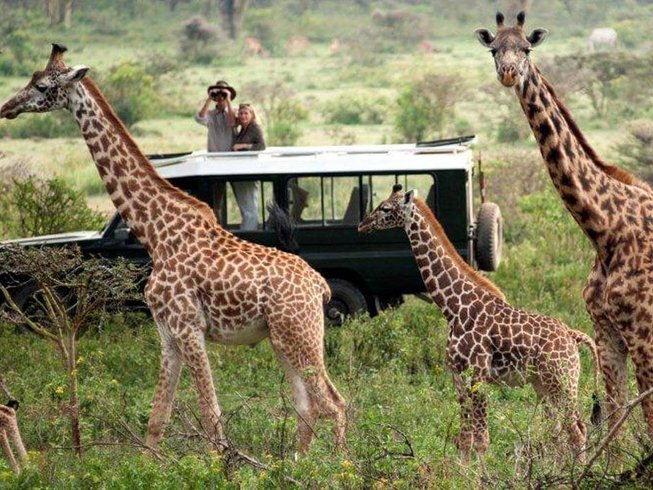 During this safari, you will be staying at the following accommodations:

You will be picked up at your hotel at 7:30 a.m.with Okoa Africa Tour's guide and followed by a drive to Maasai Mara Game Reserve, passing through the Great Rift Valley, which is from the Northern to Southern Africa, with lunch en route. Arrive at the park at 2 p.m. followed by an evening game drive.

This enormous reserve is actually part of the vast Serengeti plains famously known for its spectacular Great Wildebeest Migration and is home of the Big Five (lion, elephant, leopard, buffalo, and rhino). On arrival, you will enjoy an introductory evening game drive. Dinner at AA Lodge.

Full day game drives from 7 a.m. to 4 p.m. with packed lunch. This game drive will be in search of great predators and perhaps even cubs. On the plains are enormous herds of grazing animals plus the elusive cheetah and leopard hiding amidst Acacia boughs.

The endless plains of East Africa are the setting of the world’s greatest spectacle - the pounding of over six million hooves from the vast Serengeti plains to the Champagne colored hills of Kenya’s Masai Mara.

Over one million wildebeest, 300,000 Thompson gazelles, and some 200,000 zebras relentlessly tracked by Africa’s greatest predators, migrate in a clockwise fashion over 1,800 miles each year in search of green pastures. This continual perilous trek in search of nature’s big green carpet involves no beginning or end to a wildebeest journey.

A wildebeest's life is an endless pilgrimage, a continual search of food, water, and pasture. The only beginning is at birth. Estimated 400,000 wildebeest calves are born during a six week period early each year - usually between late January and mid March.

As for when to see this annual event, consider July to August as best time to witness crossing at Mara River. The Mara offers wildlife in such variety and abundance that it is difficult to believe: over 450 species of animals have been recorded here.

You will easily see lions, rhinos, hippos, crocodiles, giraffe, wildebeests, zebras, buffalo, warthogs, hyenas, jackals, wild dogs, buffalo, leopard, many kinds of antelopes and elephant. It is in the Mara that perhaps the most spectacular event of the natural world takes place.

This is the annual migration of millions of wildebeest and zebra from the Serengeti (Tanzania) in search of water and pasture. Following on their heels are the predators of the savannah - lion, cheetah, wild dog, jackal, hyena, and vultures.

Take a break for lunch and after proceed with a game drive up to 4 p.m. It will further take you to the famous Mara River where you will take your lunch along the banks amazing at the hippos and the crocodiles. The river is the gateway of the annual migration of wildebeest from Serengeti to Maasai Mara.

You could also have an optional opportunity to visit a village of the Maasai people (20 USD per person) or an early morning hot air balloon with Champagne breakfast at an extra cost of 450 USD per person. Dinner and overnight at AA Lodge.

Have an early morning game drive from 6:30 to 8:30 a.m. Afterwards, return to the camp for breakfast, after which you will drive to Lake Nakuru National Park. Makie a stop at Mai Mahiu town for lunch then proceed to Lake Nakuru, arriving in the evening. Check in at Lake Nakuru Lodge for dinner and overnight.

After breakfast, go for a game drive at Lake Nakuru National Park up to 11 a.m. Lake Nakuru is known all over the world for its pink flamingo and rhinos. At times, there may be almost flamingos gathering along the lake’s shore.

Besides the flamingos, there are roughly 400 other species of birds visiting the lake as well as many species of wildlife. Exit the park then drive to Amboseli with lunch en route. After lunch, you will arrive at the tented camp late in the evening. Dinner and overnight at AA Lodge.

Enjoy a full day game drive from 7 a.m. to 4 p.m. After breakfast, leave for morning game drive in search of the Big Five. Against this magnificent backdrop roam vast herds of elephant accompanied by a kaleidoscope of other fabulous beasts -lion, buffalo, cheetah, giraffe, baboon, gazelle hippo and wildebeest to name but a few.

There are also over 400 species of birds, all manner of reptilian, flora, and fauna and some of the most soul-searing views in Africa. With an afternoon game drive up to 6 p.m., search for African elephants and other Big Five animals.

During the game drive, you will see the snow-capped Mt. Kilimanjaro before sunset. The park offers a perfect view of Africa's highest mountain, Mt. Kilimanjaro, in the backdrop! Dinner and overnight at AA Lodge.

Have an early morning game drive from 6:30 to 8:30 a.m. then drive back to the camp for breakfast followed by your departure to Nairobi with lunch en route. Arrive at the train station 5 p.m. or drop off at your booked hotel in Nairobi.

This safari will take you from Nairobi to Maasai Mara Game Reserve, Lake Nakuru National Park, and Amboseli National Park in Kenya.

Your daily breakfast, lunch, and dinner during this safari is included in the price. You will also be provided with 1.5 liters of drinking water per person per day.

During your stay at Maasai Mara Game Reserve, you could also have an optional opportunity to visit a village of the Maasai people (20 USD per person) or an early morning hot air balloon with Champagne breakfast at an extra cost of 450 USD per person.