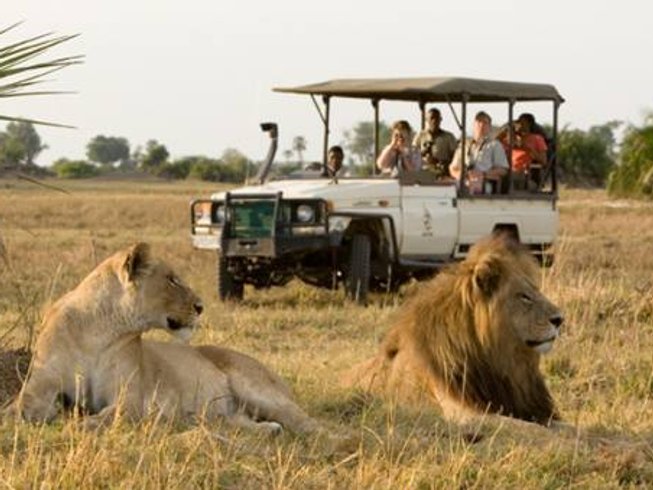 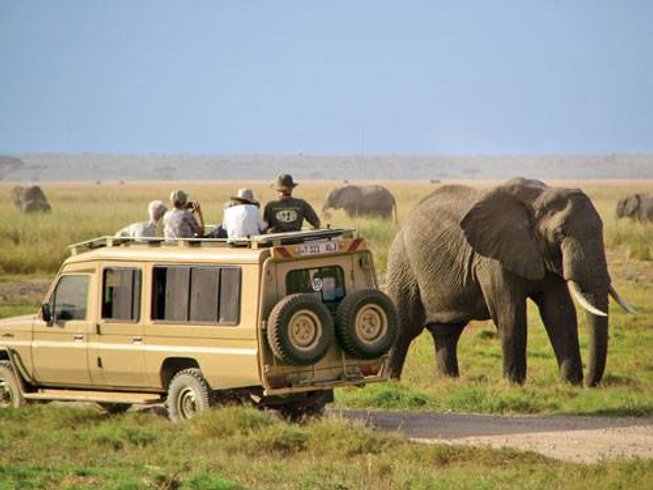 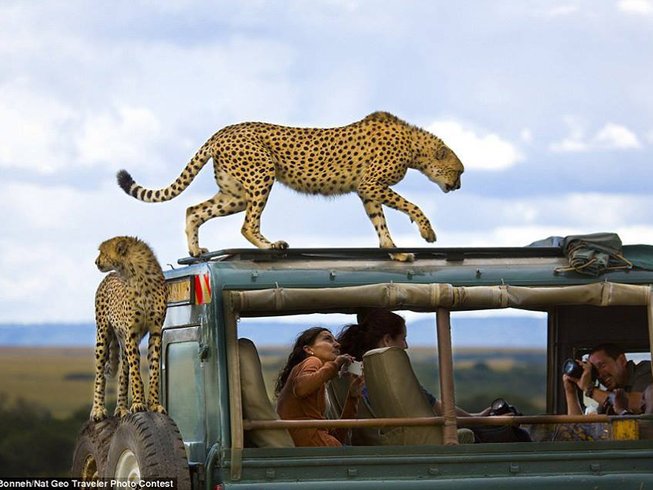 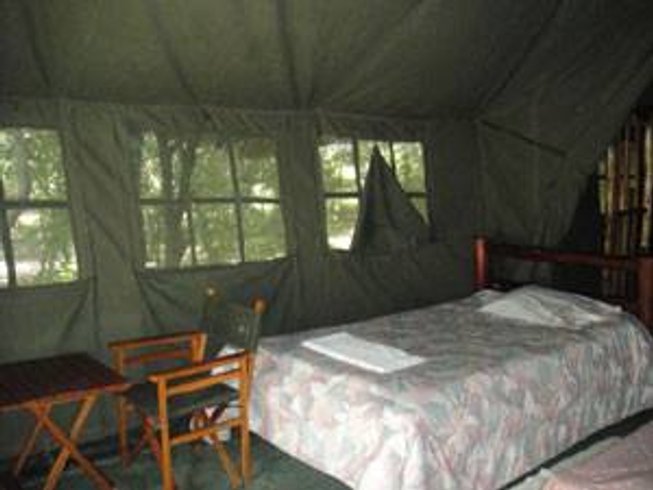 Login to save to your favorites
“Enjoy the glory of Kenya’s wildlife!”
​
Photo
all media

Immerse yourself in this prime wildlife area and connect with nature on every level. Its diverse variety is what distinguishes the exceptional from the mundane, and this reserve offers copious amounts of variation. Have a safari adventure in private vehicles and professional tour guides who have vast experience and knowledge of the safaris, local fauna and flora, and who are dedicated to making your holidays exciting and enlightening.

On this safari, you will be provided two nights of accommodation in a budget tented camp at the Maasai Mara National Reserve.

At 7:00 p.m., you will meet your guide for a briefing at the hotel or airport, and then start your journey for the approximately four to five-hour drive to Maasai Mara National Reserve. Skirting around Mount Suswa, the road first heads north to Maai Mahiu, south of Lake Naivasha, before turning west to Narok and continuing west and south to the Maasai Mara National Reserve.

A highlight of the journey is the first glimpse of the huge Rift Valley emptiness just past Limuru, at the top of the escarpments of the valley. You can take photos and buy souvenirs as you listen to African tales about the formation of the Rift Valley.

You will arrive at the camp for check-in, and then you will enjoy lunch provided at the camp. Later in the afternoon, you will embark on your first game drive to explore the Maasai Mara. Your destination on this day will be the Masaai Mara National Reserve. This day’s meal plan includes lunch and dinner, and you will be staying in a budget tented camp.

You will have morning and afternoon game drives, and you will start your day early by getting up before dawn at 6:00 a.m. To embark on an early morning game drive in your tour vehicle to explore the Maasai Mara National Reserve, which is a vast expanse of 1,500 square kilometers.

The Maasai Mara is situated at an average altitude of 1,650 meters, its plains are an ideal landscape for the elegant and sprightly gazelles. Green in the rainy season, the high-growing grass is dry for the rest of the year, offering one of a kind view of eternal Africa.

You will enjoy a picnic lunch with the hippos and crocodiles at the hippo pool. Perhaps you will be lucky enough to observe gnu, zebra, and their predators (hyenas, lions, leopards, and wild dogs), especially during the migration period between August and September.

Keep your camera handy to capture everything from elephants to gazelles and crocodiles to lions. This day’s meal plan includes breakfast, lunch, and dinner, and you will be staying in a budget tented camp.

Day 3: Maasai Mara back to Nairobi

In this morning, you will enjoy a pre-breakfast game drive between 6:30 a.m. and 9:00 a.m. After this, you will return to the camp for a hot breakfast, after which you will begin your journey back to Nairobi where the Kenya camping safari ends.

This safari will be held at the Maasai Mara National Reserve in Kenya.

The Maasai Mara is one of the best known and most popular reserves in the whole of Africa. At times and in certain places, it can get a little overrun with tourist mini buses, but there is something so special about it that it tempts you back time and again.

Seasoned safari travelers, travel writers, documentary makers, and researchers often admit that the Maasai Mara is one of their favorite places, and that is perhaps because of the big skies, the open savannas, and the romance of films like “Out of Africa”, and certainly because of the annual wildebeest migration, the density of game, the variety of birdlife, and the chance of a hot air balloon ride.

It is also because of the tall red-robed Maasai people whose lifestyle is completely at odds with western practices and from whom one learns to question certain western values. A combination of all these things, plus something to do with the spirit of the place, which is hard to put into words, is what attracts people to the Mara over and over.

The Maasai Mara lies in the Great Rift Valley, which is a fault line some 3,500 miles (5,600 kilometers) long, from Ethiopia's Red Sea through Kenya, Tanzania, Malawi, and into Mozambique. Here, the valley is wide and a towering escarpment can be seen in the hazy distance. Most of the game viewing activities occur on the valley floor, but some lodges conduct walking tours outside the park boundaries in the hills of the Oloololo Escarpment.

There are four main types of topography in the Mara: Ngama Hills to the east with sandy soil and leafy bushes liked by black rhino, Oloololo Escarpment forming the western boundary and rising to a magnificent plateau, Mara Triangle bordering the Mara River with lush grassland and acacia woodlands supporting masses of game, especially migrating wildebeest, and central plains forming the largest part of the reserve, with scattered bushes and boulders on rolling grasslands favored by the plains game.

Known as the greatest show on earth, the annual migration of up to one and a half million animals between the dry plains of Tanzania and the lush grasslands of Kenya (and back again) has been featured as an annual event on Earth’s calendar for the past two million years. It is still as extraordinary, enlightening, and exciting an event as ever.

Taking place around the months of August and September the migration is a spectacle, both comic and tragic, that features the epic journey of vast herds of wildebeest between the grasslands of Kenya and Tanzania, flanked by a carnival of other herbivores and stalked by a ruthless pack of predators.

As a vivid portrayal of the violence of the concept“survival of the fittest”, this is a spectacle, not always for the faint-hearted, that goes beyond memorable and into momentous. In a short stay during the wildebeest migration, you could see thousands of animals, at other times there are still hundreds. The plains are full of wildebeest, zebra, impala, topi, giraffe, Thomson's gazelle.

Also regularly seen are leopards, lions, hyenas, cheetah, jackal and bat-eared foxes. Black rhino are a little shy and hard to spot but are often seen at a distance. Hippos are abundant in the Mara River as are very large Nile crocodiles, who lay in wait for a meal as the wildebeest cross on pastures.

You will be served breakfast, lunch, and dinner daily. Bottled safari will also be provided throughout the safari.

There is the option to participate in a hot air balloon ride or visit a Maasai Village for an additional cost.