A Safari in Sri Lanka: The Complete Travel Guide 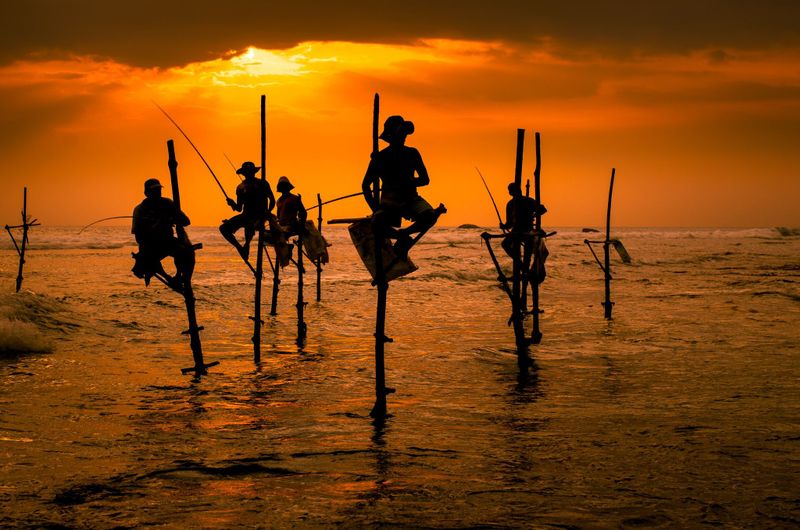 As the summer heat starts to grip the plains of Africa, the safari spotlight has turned on Sri Lanka! And, what a beautiful country it is!

More than any other destination, Sri Lanka is bursting with unforgettable experiences where 2000 years’ worth of changing dynasties and a plethora of exotic wildlife await your discovery between jungle-cloaked peaks, ancient villages, golden beaches and verdant tea plantations.

While many intrepid travelers have overlooked this vibrant country in favor of the more trudged parts of India and Southeast Asia, Sri Lanka remains one of the world’s hidden wildlife gems.

So, if traveling to Africa is not on your agenda this year, look no further than the enchanted charms of Sri Lanka for a wildlife adventure like no other! 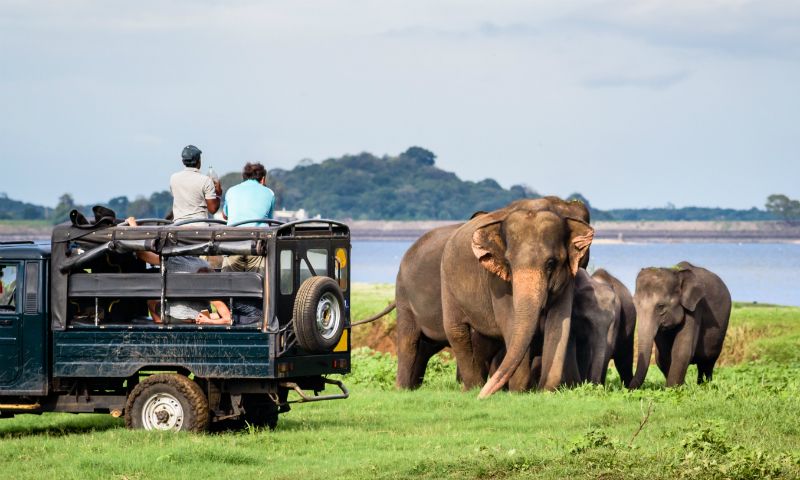 Although Africa has monopolized the world’s idea of a true safari getaway, Sri Lanka’s rich wildlife scene is a pretty good competitor.

While the likes of Tanzania, South Africa and Kenya boast the most iconic safari animals, there is plenty of exotic wildlife just waiting to be discovered in Sri Lanka. The biodiversity here is as extensive as the country’s history and promises an out-of-this-world- safari experience like no other.

As the safari season starts to taper off in Africa, Sri Lanka’s tropical climates and jaw-dropping landscapes offer a unique spin on the classic safari experience with 22 national parks to choose from!

Add to this, the ease of in-country travel and you’ve got yourself the perfect safari destination outside of the African continent. While traveling through Sri Lanka you're always just a short hop from something utterly new. You can go from viewing the world’s oldest living human-planted tree in the morning to being awestruck by the sight of hundreds of elephants gathering in the afternoon and meditating in a 2000-year-old temple by the evening. 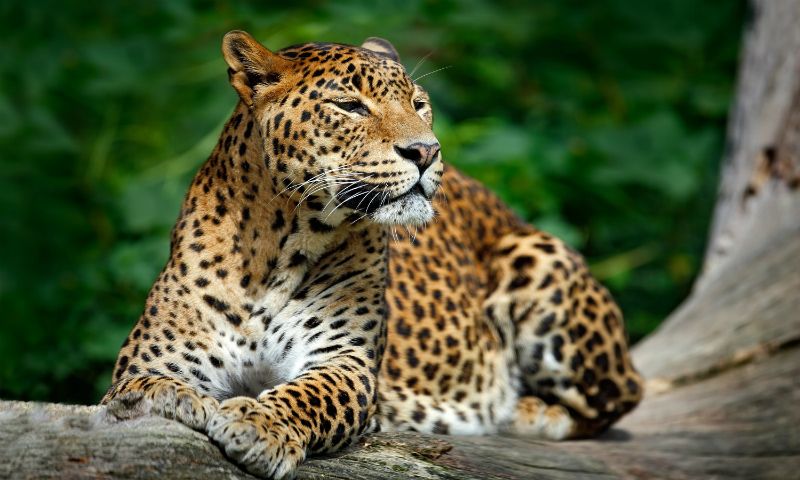 By now I can almost hear you shout out “But, what kind of animals live in Sri Lanka and are they as epic as the Big Five??”. The answer to this is a resounding YES!

The jungles, grasslands, wetlands and forests of the region so abound with unique animal and plant life that the IUCN has listed Sri Lanka as one of their top 34 biodiversity hotspots.

Where Africa has its Big Five, Sri Lanka has its very own: the Sri Lankan leopard, Asian Elephant, Sloth Bear, Wild Asiatic Water Buffalo and the Blue Whale.

All of these behemoth animals can be easily spotted when exploring the national parks and other wild areas of Sri Lanka.

Where to Travel in Sri Lanka

Now that you know that a safari in Sri Lanka can rival even the best of Africa, the next question is where should you travel to? 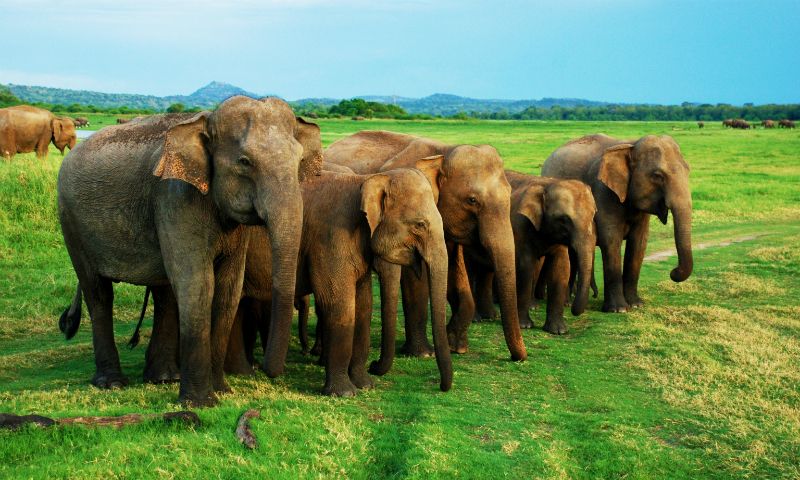 Situated in the central plains of the island, the cultural triangle of Sri Lanka is an essential pilgrimage for intrepid travelers. Wedged between the landscape’s thick forests and isolated mountains are a plethora of Buddhist temples, sculptures, ancient monasteries and stupas dating as far back to over 2000 years.

Known as “Rajarata” (King’s Land), this notable region also encompasses an array of UNESCO World Heritage Sites, including the ancient cities of Anuradhapura, Polonnaruwa, Sigiriya, Dambulla and Kandy. Amid all of this history is the Minneriya National Park. This vast space was officially declared a wildlife sanctuary back in 1938, in order to protect the Minneriya tank and the wildlife of the surrounding area.

While you’re on a safari here, you’re likely to spot a plethora of intriguing wildlife, such as Sri Lankan elephants, numbering around 150-200 individuals, and other animals by the likes of purple-faced langurs and toque macaques.

Best for: Elephant safaris and history
Unmissable Sights: The Eight Great Places of Veneration in Anuradhapura
Best time to Travel: January to March 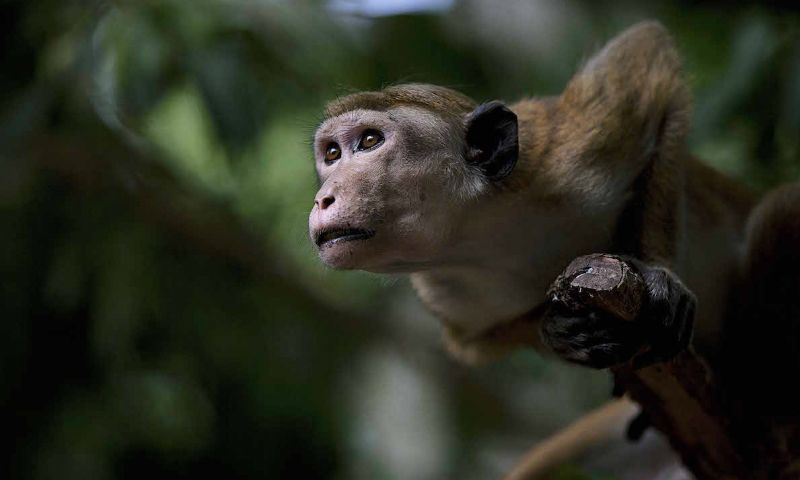 Following over 20 years of isolation and civil war, the northern plains of Sri Lanka are gradually emerging as a top travel destination. For now, it is still fairly under the radar, meaning you’ll get all of the adventure minus the crowds!

Be warned, this destination is for the more intrepid travelers. While foreign passport holders planning to travel to the north of Sri Lanka no longer need approval from the Ministry of Defense, military activities are still ongoing.

Don’t let this put you off though, this region is the final frontier and offers travelers many rewards.

The town of Jaffna is the first point of call for those looking to explore vibrant Tamil culture, remote temples, beaches and more off-beat attractions.

On the wildlife front, the Wilpattu National Park (180km north-west of Colombo) is considered one of the top national parks, world-renowned for its leopard population. 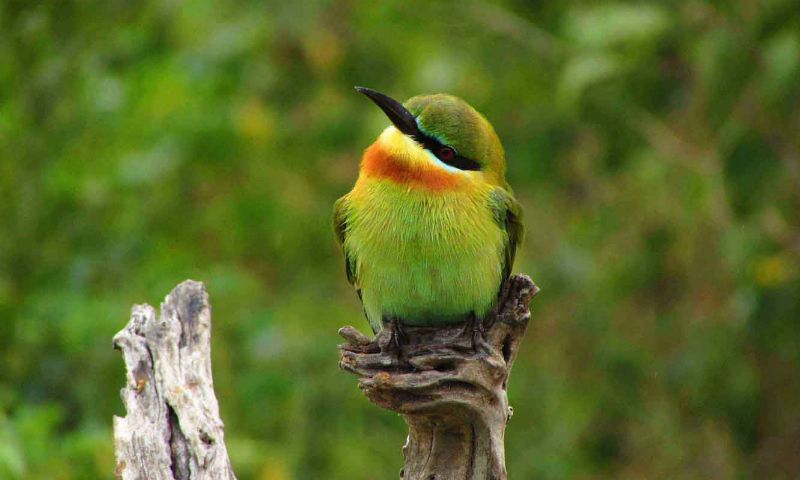 If you wish to see Sri Lanka at its most traditional, then make sure you wander through its southern provinces. The physical distance from the rest of the island and from Indian invaders who periodically overran the north meant that the ancient kingdom of Ruhunu evolved into the epicenter of Sinhalese culture.

While the addition of a new highway from Colombo to Galle in 2011 opened the gates for tourism, the south region remains rural, with sleepy villages that still heavily rely on coconut farming, rice cultivation and fishing.

Although there are an array of villages and ports to explore, Tissamaharama makes a good base from which to visit the country’s finest national parks.

If the songs of millions of beautiful bird calls to you then be sure to visit the Bundala National Park for a birdwatching safari.

These coastal wetlands are renowned for their abundant aquatic and other birdlife, as well as being home to significant populations of elephants, crocodiles and turtles.

While being more crowded than Bundala, the nearby Yala National Park is the Kruger Park of Sri Lanka. This iconic national park is the most visited wildlife reserve, with over 1260 square kilometers of wild and unspoiled landscapes. Here you’ll see oodles of colorful storks perched on the edge of lagoons, snoozing crocs and mischievous monkeys swinging in the treetops.

Although there are no walking safaris allowed, the park is primed for jeep safaris.

Now that you know when and where to travel in Sri Lanka, let’s have a look at a few of the packing essentials.

Want all of the adventure with none of the hassle? Check out these epic all-inclusive safaris in Sri Lanka!