Why Samburu National Reserve Should Be on Your Bucket List 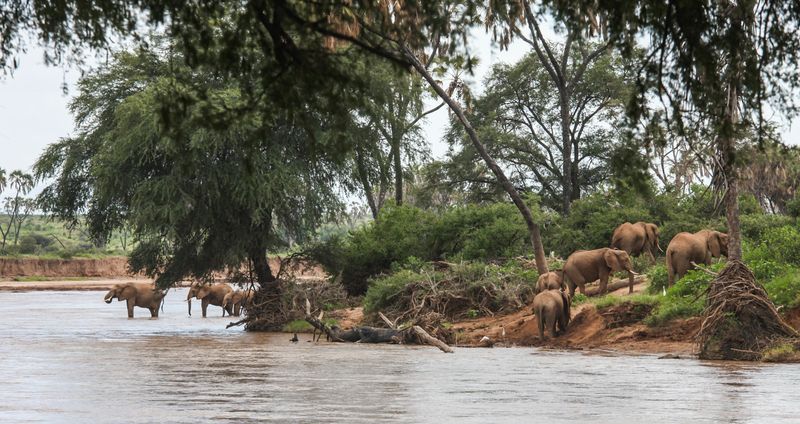 An absolute delight to visit any time of the year, Samburu National Reserve features a rugged landscape and desert-like climate.

Despite this, the amount of wildlife is abundant, thanks to the main water source: the Ewaso Ng’iro River.

While all of this may be enough to convince wildlife loving travelers, there are plenty of other reasons that make Samburu National Reserve truly special.

This is where this article comes in. Below, you’ll find more great reasons why you should make time to visit Samburu National Reserve during your safari in Kenya.

But first, when is the best time to visit Samburu National Reserve? 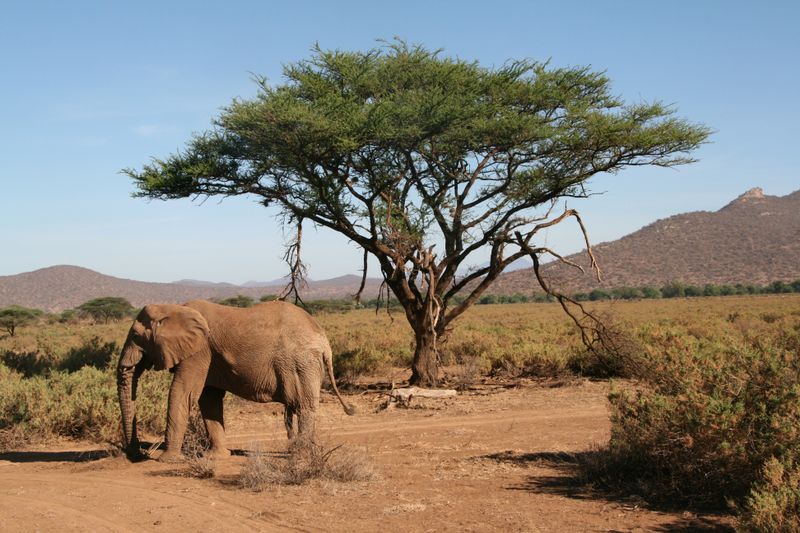 The good news is that Samburu National Reserve can be visited year-round. However, wildlife watching is at its best during the dry months, from June to October, as well as from December to March. Because of the dryness, the wildlife converges at water sources, especially at the Ewaso Ng’iro River. That combined with the short grass, makes it easier to spot the animals.

It’s best to avoid the reserve during the wet months: November, April, and May. The tall and lush grass makes it harder to catch a glimpse of the wildlife. Plus, the road conditions can be very bad in April and May.

Do note that the high travel season falls from December to March and July to October. The reserve can get busy, but it is still relatively uncrowded. However, the prices are at their highest.

Should you be looking into joining an affordable safari, plan your travels during June. It’s the low season and the rates are affordable, but the weather is decent, and the road conditions are good.

Catch a glimpse of the Samburu Special 5 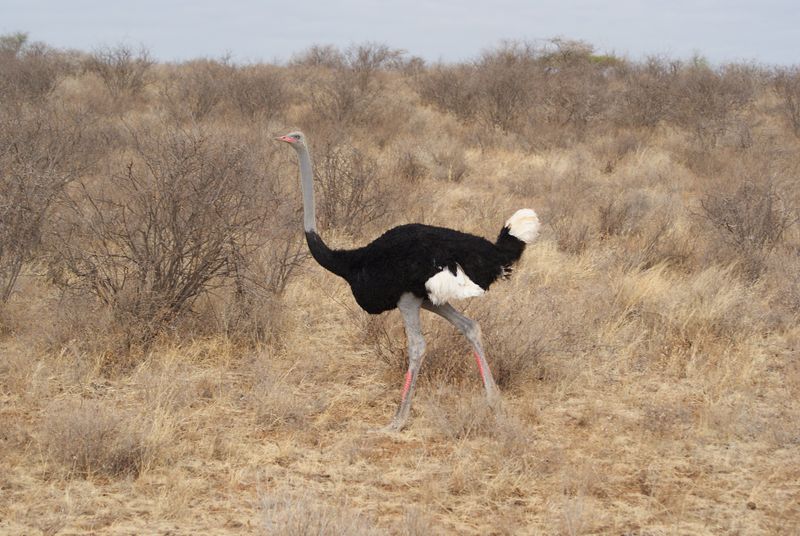 Sure, the Big Five animals may get all the attention in Africa, but you ought to know that Samburu is home to its own unique animals you must be on the lookout for: the Samburu Special 5. Comprising the reticulated giraffe, the Somali ostrich, the gerenuk, the Beisa oryx, and the Grevy’s zebra, these rare animals are endemic to the Samburu ecosystem.

But fret not: they are not the only animals you may spot here.

The reserve is also one of the few in Africa where you have a good chance of spotting the endangered African wild dog.

Also, Samburu National Reserve boasts over 900 elephants and is home to big cats - lion, leopard, and cheetah. Luckily, safari-goers have a very high chance to spot the elusive leopard in Samburu, too!

You’ll also be able to spot impalas, hippos, and buffalos. While the river is home to a healthy population of Nile crocodiles.

Bird lovers will be happy to know that the reserve is home to 450 bird species. On game drives, you may be able to spot kingfishers, marabous, vultures, guinea fowls, Somali ostriches, egrets, falcons, and eagles. 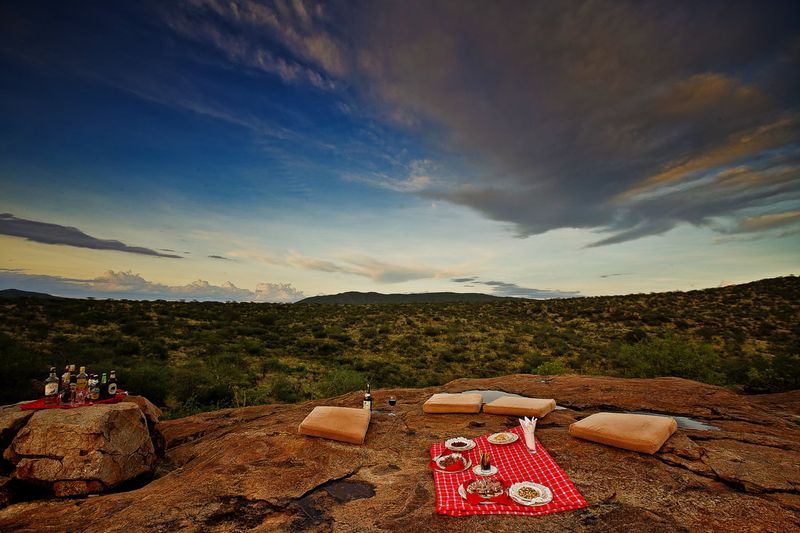 Samburu National Reserve isn’t one of the most visited parks in Kenya and because of this, it feels much more exclusive than visiting its southern sisters.

There are fewer lodges which means there are fewer visitors overall and the competition to view the animals is low. So, don’t be surprised if you see more wildlife than visitors here!

At times, it feels like you are the only visitor on a game drive. Enjoy the special moments when you catch a glimpse of a baby lion or a leopard climbing a tree.

Plus, the lodges have a unique character - a mix of the Samburu and Arabian influences. And let’s not forget the amazing views they boast! If you prefer a camping safari, they won’t disappoint you either. But take note that some are unfenced, and the animals roam free among the tents.

Be mesmerized by the Milky Way

Night game drives and bush walks give you not only the chance to spot the animals active at night, but you’ll also see astonishing views of the Milky Way!

Explore the diverse terrain on a gorgeous walking safari

While game drives are available in the reserve, the best way to explore Samburu is on a walking safari.

The park’s landscape is very photogenic. The river, standing at the heart of Samburu, contrasts with the otherwise dry arid area that shimmers under the African sun. The diverse landscape - savannah, forests, and mountains – make for a very interesting combination.

Your guides will be members of the Samburu people, who know the ins and outs of their home region. 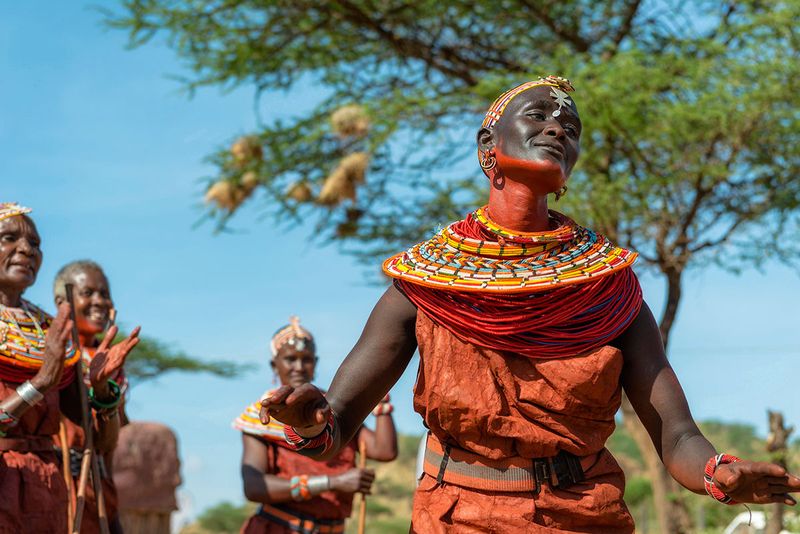 The Samburu are nomadic, herding people similar and related to the Maasai. They dress in the same way, too.

Unlike other areas in Kenya, there’s nothing commercial about interacting with the Samburu people.

The reserve is operated and managed by local Samburu communities, who do a great job to maintain the fragile balance between human inhabitation, tourist visitation, and wildlife protection.

Most of the staff working in the lodges are Samburu people, too!

If you decide to visit a Samburu village, you’d be able to catch a glimpse of their day to day life, such as drawing (drinking) water for their cows.

See the land of magical opportunities

There are few things that are as enchanting as being able to visit the places we read about in books or see in our favorite movies.

Avid readers and movie enthusiasts already know that the movie “Born Free” features Samburu, one of the two regions in which Joy Adamson raised and nurtured Elsa the lioness.

If you are curious to find out more about the story, the life of Elsa and her cubs is covered in the book “Living Free”.

Another movie, “Heart of a Lioness”, also features the story of another renowned lioness, Kamunyak (“Blessed One”) who is famous for having adopted at least 6 oryx calves and protecting them against the predators.

Ready to be swept away by the reserve’s uniqueness? Book a camping safari in Samburu National Reserve and get up close and personal with nature!