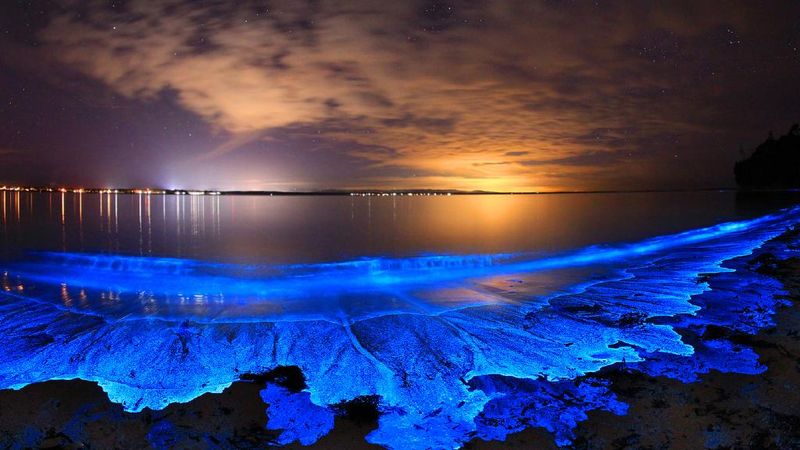 In this century, we’re getting closer and closer to sustaining life on other planets. Who knows? Maybe one day we’ll be going on a safari on Mars!

As cool as this sounds, Earth is just as mysterious! Despite the amazing technological advancements we’ve made, nothing can compare to the complexity of the phenomena that occur here on our blue planet.

From amazing wildlife spectacles like the great migration to bioluminescent oceans and alien-like clouds, there is just so much beauty to behold right in our own backyards.

So, although we have yet to conquer life on Mars, here are a few out-of-this-world phenomena to explore here on Earth.

1. The Door to Hell in Turkmenistan 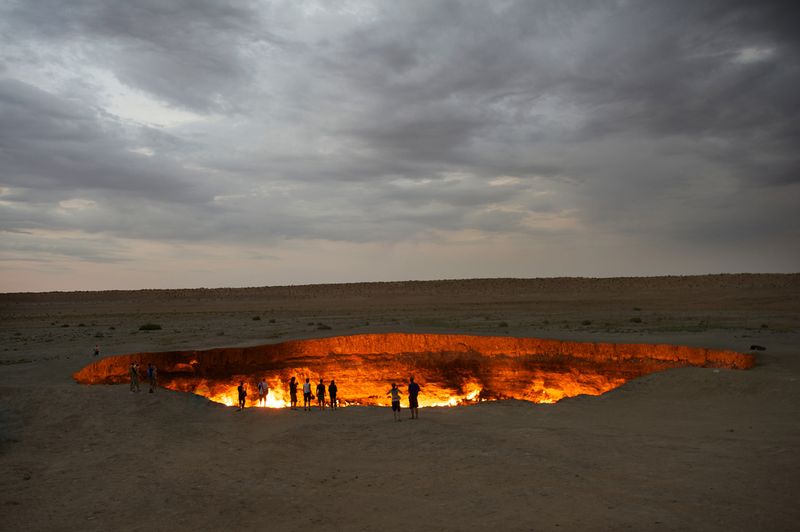 Although there are numerous places around the world that have a reputation for being entrances to the mythical underworld, Turkmenistan’s Darvaza Gas Crater looks way more convincing.

The good news is that this ominous looking Door to Hell is totally explainable and partially manmade! According to Turkmen geologist, Anatoly Bushmakin, this enormous crater was discovered by scientists who thought it to be an oil field site.

While drilling to find the quantity of oil available, they hit a gas pocket and the ground beneath the drilling rig and camp collapsed into a wide crater.

The scientists expected dangerous poisons to be released into the air and so they set it a light, thinking that it would burn out within a few weeks. But it’s been four decades and this fiery pit is still ablaze!

2.  The Catatumbo Lightning in Venezuela 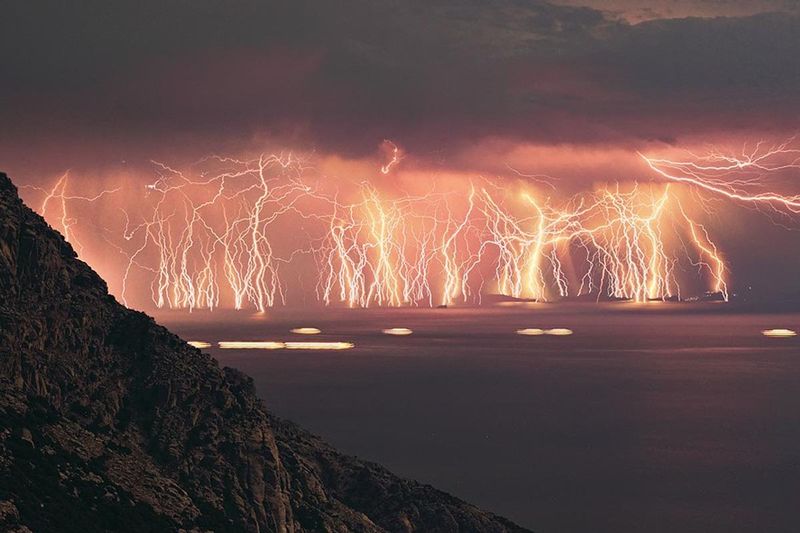 Whoever came up with the saying “lightning never strikes the same place twice” has obviously never been to Venezuela’s Lake Maracaibo.

At 13,210 square kilometers (5,100 square miles) it was once the largest lake in South America and is also considered to be one of the oldest lakes on Earth. But this is not why it was featured in the Guinness Book of World Records:

During the region’s rainy season (around October), this sleepy lake lights up with an impressive average of 28 lightning flashes each minute. In fact, it has the highest concentration of lightning strikes with 250 flashes per square kilometer each year.

The phenomenon is known as catatumbo lightning and while scientists have offered up several reasons for it, none have been proved so far.


If you thought that Life of Pi was the stuff of fiction and great CGI, then you have yet to witness the beauty of bioluminescent waves. The glowing ocean is caused by the emission of light by marine organisms such as bacteria and algae.

Some of these organisms light up whenever the water around them moves, causing the shorelines of the ocean to glow! There are many places that you can find these glowing beaches such as Krabi Island in Thailand, Bali, Reethi Beach in the Maldives and Holbox island in Mexico.

While many of the organisms that create this other-worldly effect are single-celled, some of them are large enough to be seen with the naked eye. They wash up on shores and it looks like glitter. Walk on them and your footsteps will glow. 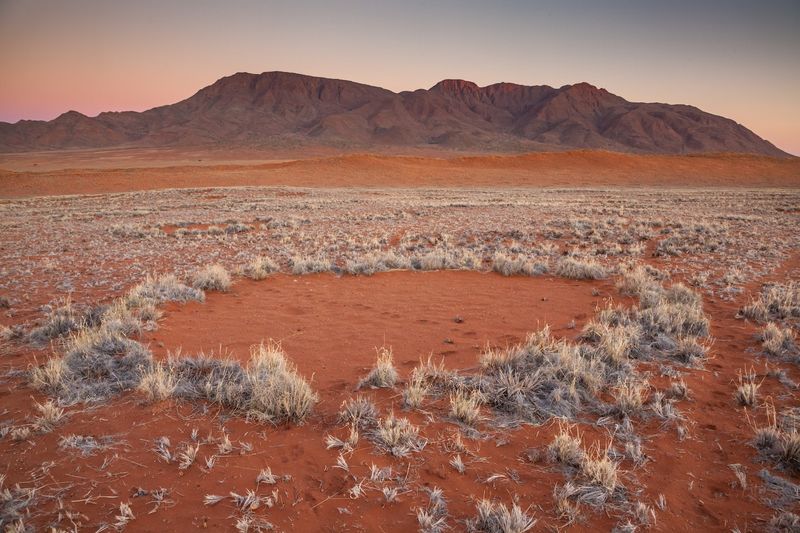 There are a few reasons why Namibian safaris are so sought after. This sprawling landscape is not only home to the oldest desert in the world, but also to amazing animals by the likes of wild horses, wildebeest, African buffalo and dikdiks.

While on safari here, you’re also likely to come across a strange phenomenon that has stumped scientists for years. Spread across the maroon desert landscapes, there are fields of barren circles edged with patches of vegetation.

Known as “fairy circles,” these patches range from 10 to 65 feet in diameter and stretch for hundreds of miles. According to local legend, they were created by gods who left behind their footprints on the red earth.

But, scientists weren’t convinced. After decades of no concrete answers, a study has shown that the interaction between termites and self-organizing plants is the cause behind these desert crop circles (I much prefer the local legend though).

5.  Tidal bore wave on the Amazon


The fabled Amazon rainforest is practically made of myths and legends, so it should come as no surprise that it is also home to one of the world’s most fascinating (and fun) natural phenomena.

Tidal bores don’t just occur in the Amazon, in fact, there are a few places in the world where you can find them such as China and the Batang River in Malaysia. But, what makes the Amazon’s famous pororoca tidal bore so amazing, is the way that it is formed.

For this kind of wave to occur, a river needs to be fairly shallow, have a narrow outlet to the sea and a wide, flat estuary. The Amazon is one of few exceptions to these conditions as the river is not narrow, but still has a strong tidal bore thanks to its many low-lying islands and sandbars.

So, not only is the Amazon an epic safari destination but, during new and full moons, when the river is relatively shallow and the ocean tide is high, it becomes a surf mecca. This fierce wave can be heard up to an hour before it arrives tumbling in from the ocean, forming one long perfect ride with the force of a tsunami. 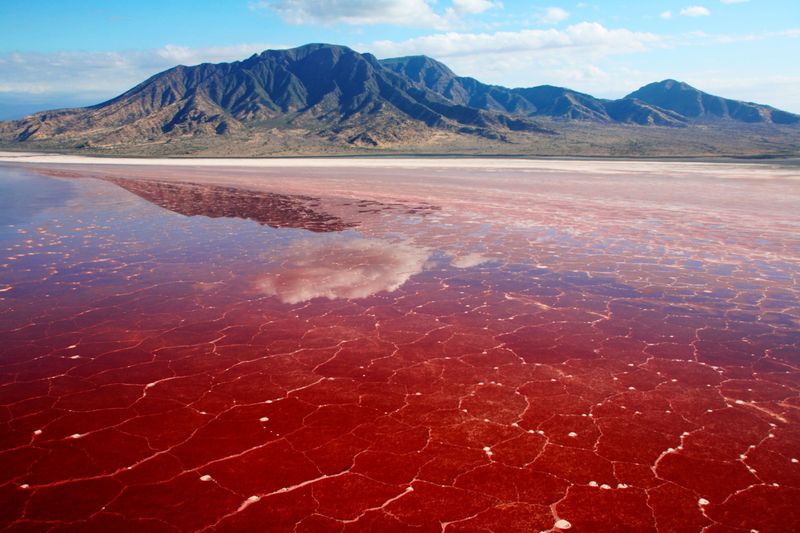 This fabled East African country is home to many natural wonders, which is why so many people go to Tanzania for a safari holiday. From Mount Kilimanjaro to the great migration, there are plenty of natural sites to take in while on a safari here.

Among them is the lesser known Lake Natron. The name itself is quite ominous and with good reason! The waters of this seemingly innocent lake are quite lethal due to the mixture of salt and minerals which have been known to calcify and poison animals that crash into it.

While no one really knows why animals around here die, one theory goes that the reflective surface of the water is confusing to the birds who crash into the lake and the high sodium bicarbonate content preserve them perfectly.

These characteristics make Lake Natron the deadliest in the country, but despite this, it remains a major breeding grounds for flamingos, a species whose status of ‘near threatened’ is a direct consequence of its dependence on Lake Natron.


Before we get into this one, can we just take a moment to appreciate that there is an island called Christmas located within Australian territory? That in itself is pretty amazing in my opinion, but the reason this festive island makes it onto this list is because of its red crab migration.

This cute invertebrate can only be found on Australia’s mythical island and about 120 million individuals cover the rainforest floor. While they are pretty hard to find during the dry season, when wet season returns in October or November they begin their iconic migration to seaside breeding ground.

This scarlet odyssey is also intimately tied to the lunar schedule, with crabs arriving at the coast just in time to mate and bury their eggs precisely when the high tide turns, releasing them into the sea. 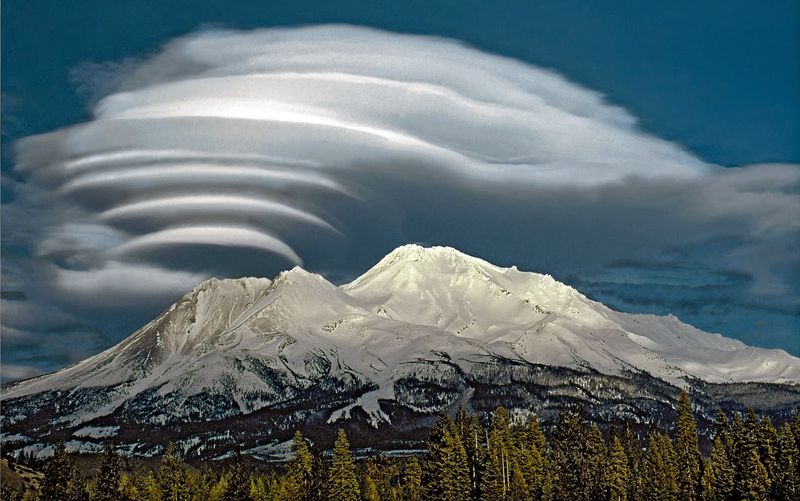 Cloud spotting is one of the most relaxing and enjoyable pastimes. While staring into the endless blue sky, puffs of white could seem to morph and blend into all kinds of shapes and objects while they lazily glide away.

But, if by chance you happen to see a white alien spaceship, you might actually be looking at a lenticular cloud. These static but beautiful white clouds are regularly confused for UFOs throughout history due to their smooth, round or oval lens-shaped structure.

Although this phenomenon is fairly common, your best chance of seeing one is near a mountain. These peculiar clouds are formed when air moves over mountains, cooling sufficiently for condensation to take place.

What makes them even more amazing is the fact that they don’t move. Instead, they are continually reformed over the same location by new air rising up and over a mountain.

There you have it! Eight glorious, terrifying and out of this world natural phenomenon that can be found right here on Earth! While exploring the depths of space is pretty cool, there are still plenty of Earthbound places waiting for you to discover.

Don’t just read about all these amazing sites. Get out there and go on an overland safari through Tanzania and capture Lake Natron yourself!