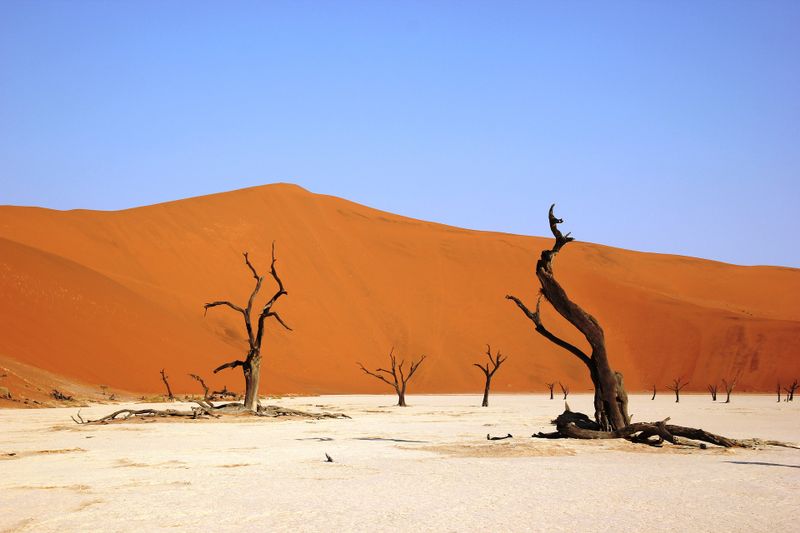 In Namibia, you can go from hot, dry desert to the refreshing beaches in a matter of minutes. Each step you take in between is a new opportunity to make memories to last a lifetime.

Namibia’s national parks comprise 18% of its landmass. Despite that, only a few are widely recognized as popular destinations for safaris in Namibia, but there are plenty other national parks worth your visit. 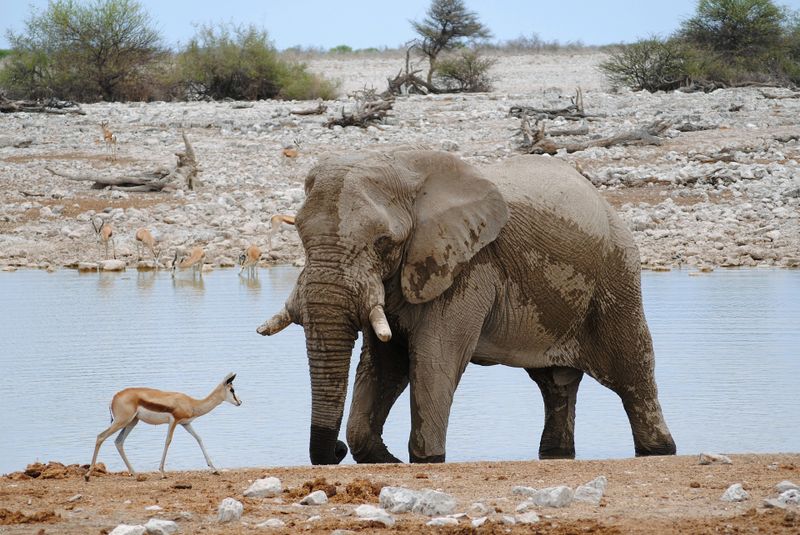 A game reserve since 1907, Etosha National Park became a national park in 1958. It spans over 22,270 sq km (8,600 sq mi) in northwest Namibia and is one of the most accessible national parks in Namibia. Any type of vehicle can get here.

The Etosha pan is what makes this park famous. It is vast, arid, and makes up to almost 25% of the park. It is the largest salt pan in Africa and is even visible from the space. This was originally a lake but the climate changes over time forced the rivers feeding it to flow into the Atlantic Ocean. There is little vegetation in the area and only some soft tolerant grass exists.

Etosha National Park is home to numerous waterholes, which are great places to observe the animals in their natural habitat. Thanks to these, the park is home to many animals such as the African bush elephant, rhinoceros, Cape buffalo, giraffe, lion, leopard, cheetah, serval, Cape wild dog, mongoose, warthog, wildebeest, zebra, hyena, and dik-dik. During summer, the park is ideal for bird watching as some 340-bird species call the park their home.

Do you want to witness the wildife in this amazing park? Check out our article about visiting Etosha National Park to plan an unforgettable trip! 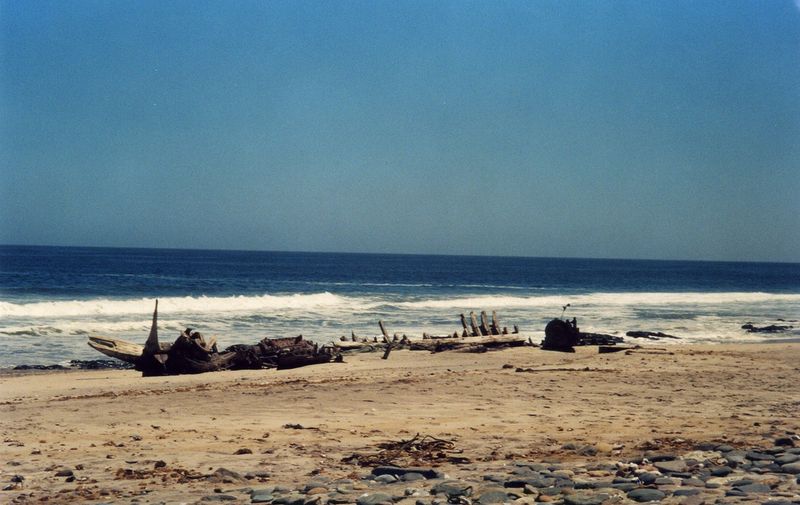 The park is divided into two sections: the northern and southern parts. The northern section is the most attractive area, and can only be accessed with a tour operator holding the concession and qualification. The southern part is freely accessible, but a permit needs to be purchased (it can be obtained from the gate).

Skeleton Coast National Park is famous for the beaches littered with shipwrecks, bones, and other debris. Because of the Benguela Current, dense coastal fog and strong sea breezes form, make for perfect conditions for ships to meet their demise.

The wildlife in the park includes desert-dwelling elephants, lions, black rhinos, cheetah, springbok, and zebra. There are also over 300 bird species, including flamingos. 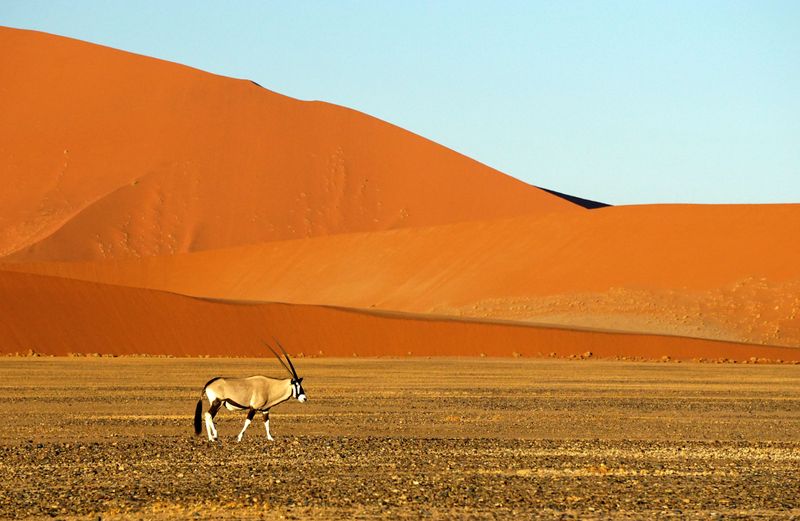 Namib-Naukluft National Park comprises the oldest desert on Earth, the Namib Desert, which extends along the Atlantic coast of Angola, Namibia, and South Africa. Spanning over 49,768 sq km (19,216 sq mi), Namib-Naufluft National Park is the largest game park in Africa and the world’s fourth.

The most famous part of the park is Sossusvlei, which is also Namibia’s main tourist attraction. It is known for the towering sand dunes, some reaching up to 300 meters in height. The color of the dunes changes as they age - the older the dune, the brighter the color.

The sand dunes are formed by the same winds that bring in the fog. But how could it be foggy in the desert? The cold currents in the Atlantic Ocean cool the air just above the water and then the wind blows the fog inland. As the day gets warmer, it burns away. But for a brief time, it’s just enough moisture for the animals and plants to survive.

Despite the hyper-arid climate, a surprising number of creatures survive here, including snakes, geckos, jackals, gemsboks, black rhinoceros, and hyenas. Lion and elephants have also adapted to the life in the desert and can be found here, as well. 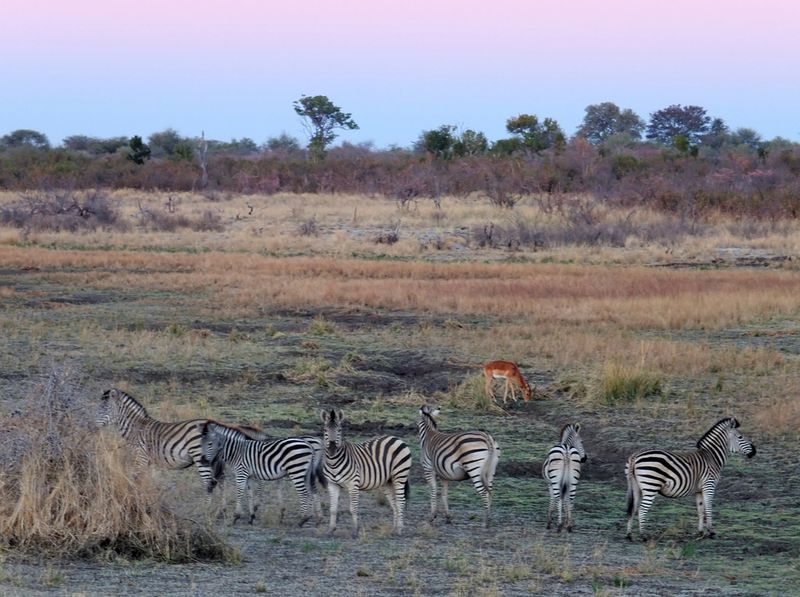 Established in 2007, Bwabwata National Park is located in northeastern Namibia and was crated by merging the Caprivi Game Park and Mahango Game Reserve. The park aims to rehabilitate the wildlife population that was lost to poachers.

The park’s landscape consists of low vegetated sand dunes. Bwabwata is an important migration route for the African elephant as well as other species, going between Botswana, Angola, Namibia, and Zambia. 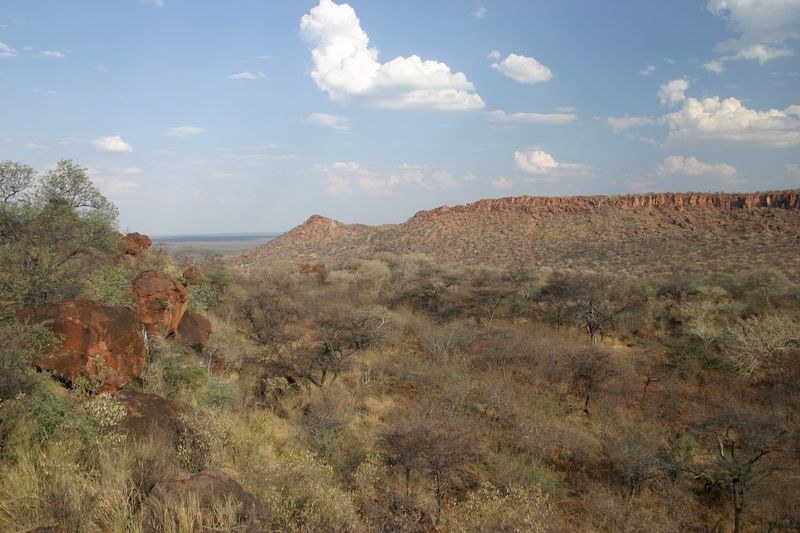 One of Namibia’s oldest national parks, Waterberg Plateau Park is located in central Namibia. Both the plateau and the park are named after the prominent table mountain that rises from the plateau.

Because it is largely inaccessible, several endangered species were relocated here in the 1970s to protect them. The project was successful and now Waterberg Plateau supplies other Namibian parks with rare animals.

There are two scenic hiking routes, one guided and one unguided. The number of participants per hike is restricted and the routes take 4 days.

Waterberg Plateau Park is home to rare species of small antelopes, back and white rhinoceros, leopard, cheetah, wild dog, and over 200 species of birds. 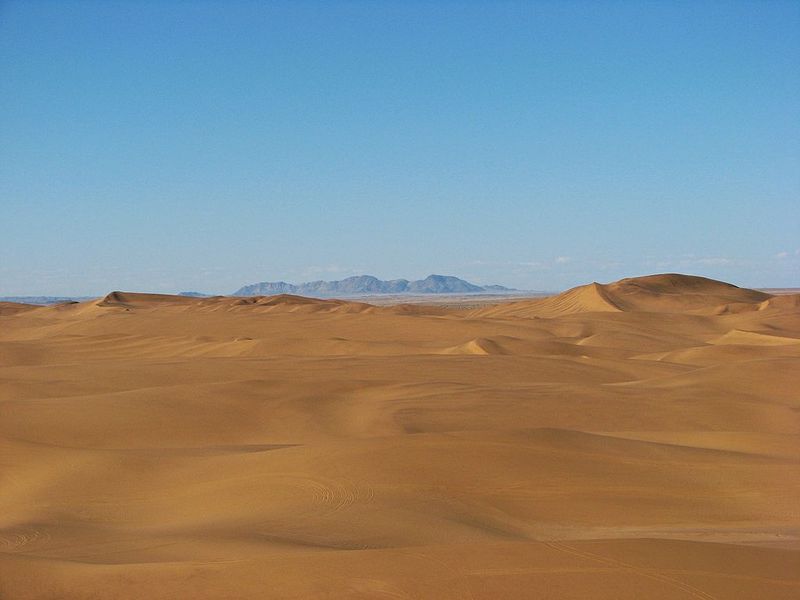 Dorob National Park has a spectacular coastal dune belt and vast gravel plains. It is an area of hyper-arid desert.  Some 270 species of birds flock to this central Namibian coast area, with a total of 1,6 million birds recorded on the coast. Also, expect to see ostrich, dolphins, and oryx.

Ready to explore Namibia? Then why not choose a wildlife safari in Namibia for your next trip.