Eco Safaris in Africa: Traveling That Can Help the Planet 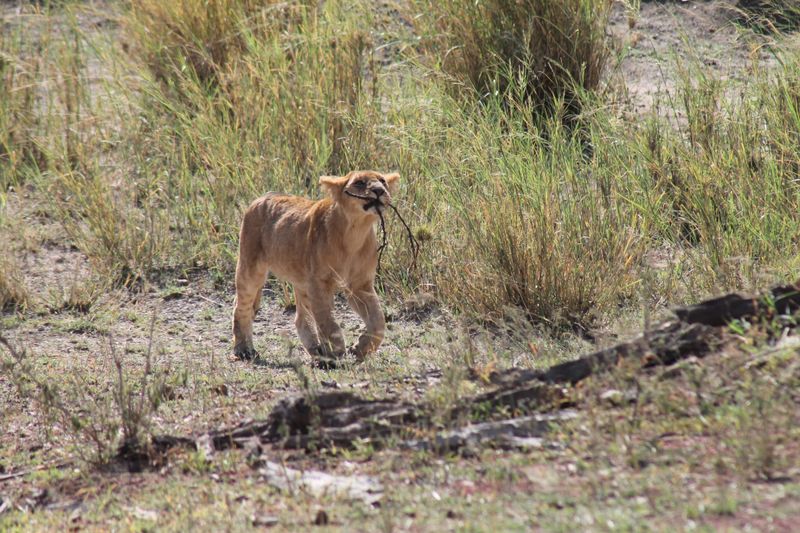 Tourism is currently the world’s largest industry and in recent years, the ecotourism sector has outgrown all others.

If you are looking to be immersed in nature, ecotourism is an amazing opportunity for you to get outdoors, climb a mountain, explore jungles, or see endangered animals, all while giving back and leaving a minimal footprint.

Unlike many other tourism sectors, conservation is at the core of ecotourism making it a sustainable way to travel that will be around for generations to come.

During a conservation safari, for example, you will explore naturally occurring ecosystems, landforms, and wildlife. Mountains, rivers, volcanoes, beaches, endangered and non-endangered species are the focus of this type of vacation.

Also, eco safaris are not only great for the traveler but also extremely beneficial for local economies. Countries around the world have economies built around people traveling with the main purpose of exploring land and animal conservations. They rely heavily on the money brought in by tourists, which boosts the economy and aids wildlife preservation.

If you want to observe incredible wildlife in its natural habitat, safaris should be at the top of your bucket list.

During a safari, you will get the chance to spot a variety of amazing animals all the while contributing to their conservation efforts that help local organizations patrol, protect, and care for endangered species. More importantly, groups of tourists are a strong deterrent that keeps poachers from wandering onto protected lands.

If you want to get a bit closer to nature and help save the planet along the way, then be sure to add these ecotourist-friendly destinations to your African safari bucket list: 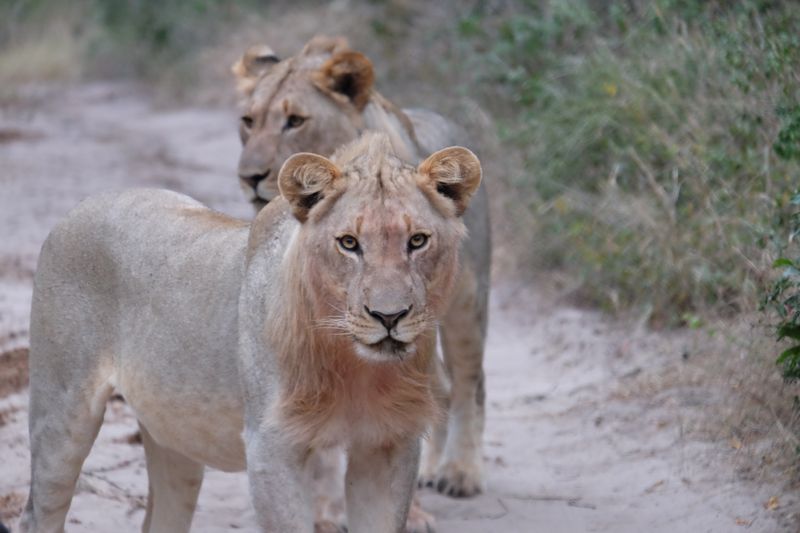 South Africa is considered a leader in ecotourism in Africa. Here, you’ll find many sustainable lodgings available, as well as wildlife viewing and tours.

Even more astonishing, the Tswalu Kalahari Reserve was created from 38 overgrazed cattle farms. Now, this reserve in Northern Cape is home to endangered wild dogs, rhinos, and cheetahs. 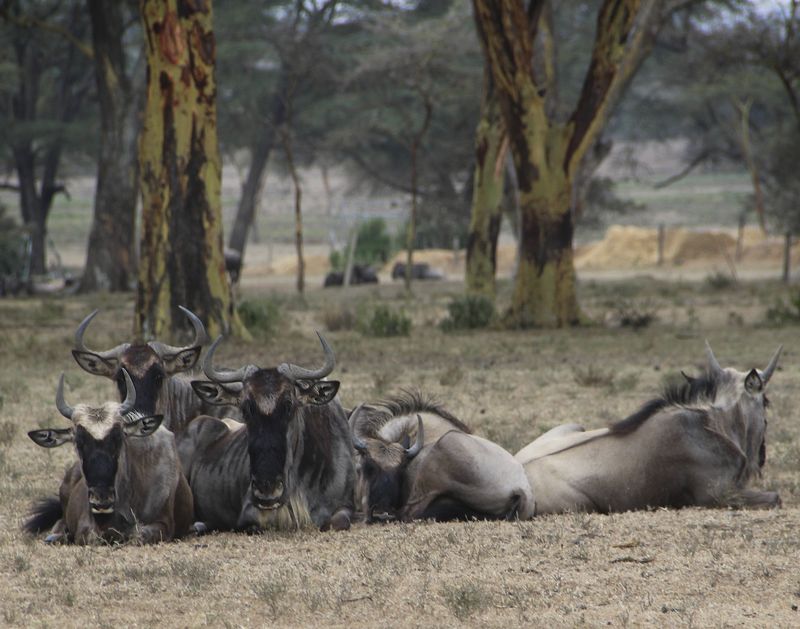 Kenya has been a trailblazer for conservation safaris. The country has seen a large decline in poached animals during the years with heavy tourist traffic. Much of the country is protected land, giving you the opportunity to meet the local people and immerse yourself in their cultures.

Home to gorgeous plains, alluring coastlines, and spectacular mountains, Kenya is, however, mostly known for the safari holidays. Elephants, lions, giraffes, and zebras are a few of the more than 20,000 animal species found in Kenya.

The best time to go on a safari in Kenya is between July and September, as it will put you in the heart of the astonishing Great Migration.

Each year, thousands of wildebeest, zebras, gazelles, and impalas move from the Serengeti in Tanzania to Kenya’s Masai Mara National Reserve in order to find food for survival. Imagine thousands of hooves, kicking up clouds of red dust as they thunder their way across the country, this is one of Africa’s most iconic sights and a must-see for those who want to immerse themselves in the wild.

»Discover the beauty of this African country by embarking on an itinerary for a magical adventure in Kenya. 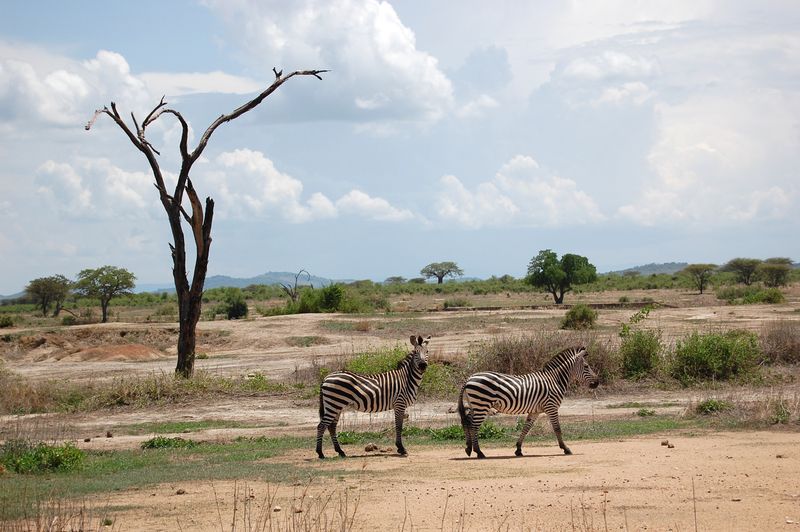 Known for its spectacular wildlife, majestic Mount Kilimanjaro, and the Great Migration, Tanzania is one of the most popular ecotourism destinations on the continent.

There are many companies that have set up ecotourism operations, showing the visitors the incredible landscape while being respectful of the land and those living on it.

If you want to help the efforts, be mindful when you choose the lodging, safari operator, and any tours you may want to take. For example, there are plenty of all-inclusive eco-resorts to choose from that offer a variety of activities, too.

Lake Manyara and Zanzibar are two excellent choices for an eco safari in Tanzania. 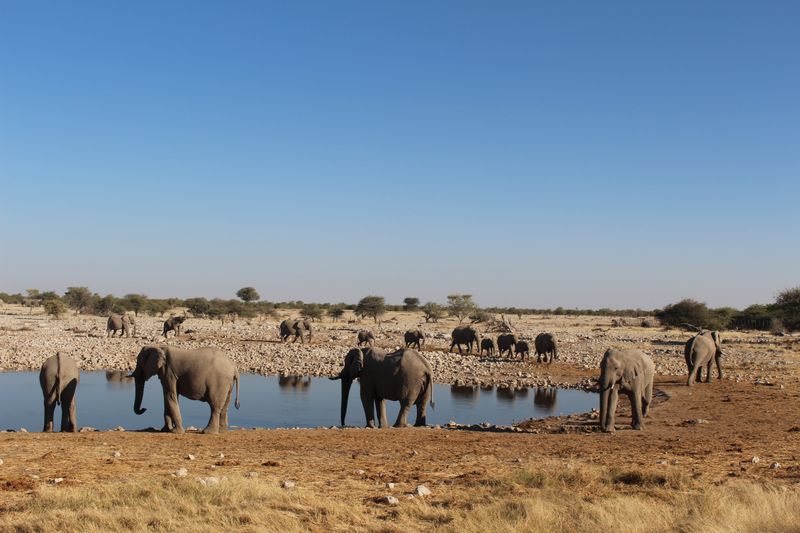 Located in the Horn of Africa, bordering South Africa and Botswana, Namibia lies on the west coast of Africa and is one of the original proponents of ecotourism in Africa.

Interestingly, Namibia is one of the few countries on the entire globe that has a government that specifically set out to protect wildlife.

With a constitutional decree, Namibia developed its own infrastructure to develop their own conservatories with help provided by private entities that were solely owned and operated by local Namibians.

These locally operated conservancies operate along a wealth of different guidelines such as safaris, preserving traditional villages and traditions as well as craft making and selling.

This also means that no matter what national park you visit in Namibia, you will find a variety of eco-resorts to choose from. Typically, the lodges are constructed using local materials and by employing only locals.

»Unsure where to go on an eco safari in Namibia? Read our article about the top national parks to visit in Namibia! 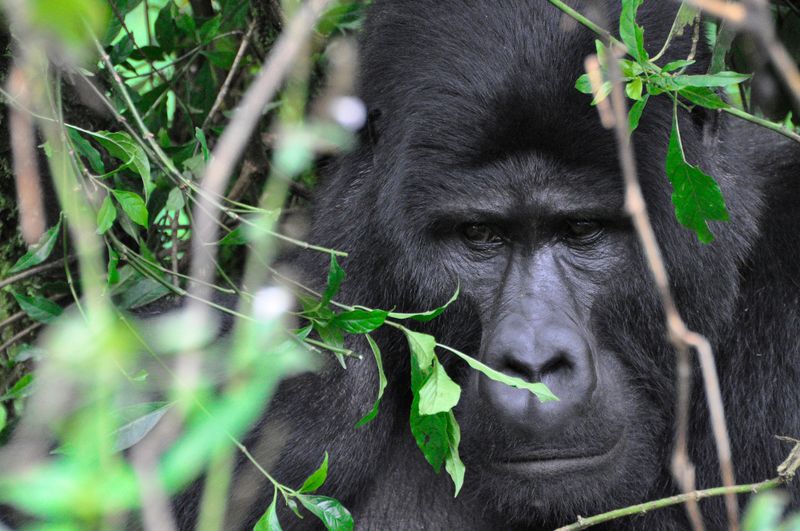 Bordering Kenya and Tanzania, Uganda has been a place for safari tourism for many years and like its neighbors, the country invests heavily in its tourism infrastructure.

Throughout the ten national parks, animals like buffalos, elephants, and lions roam freely. However, the crowning jewels of Ugandan tourism are the Mgahinga Gorilla National Park, in the southwest of the country as well as the Bwindi Impenetrable National Park which are both home to the endangered mountain gorilla.

Specializing in guided tours to reduce the risk of the gorilla population contracting human borne illnesses, Uganda plays a vital part in maintaining the fragile gorilla population as its only one of ten countries within Africa where is it possible to see the majesty of our common ancestors. 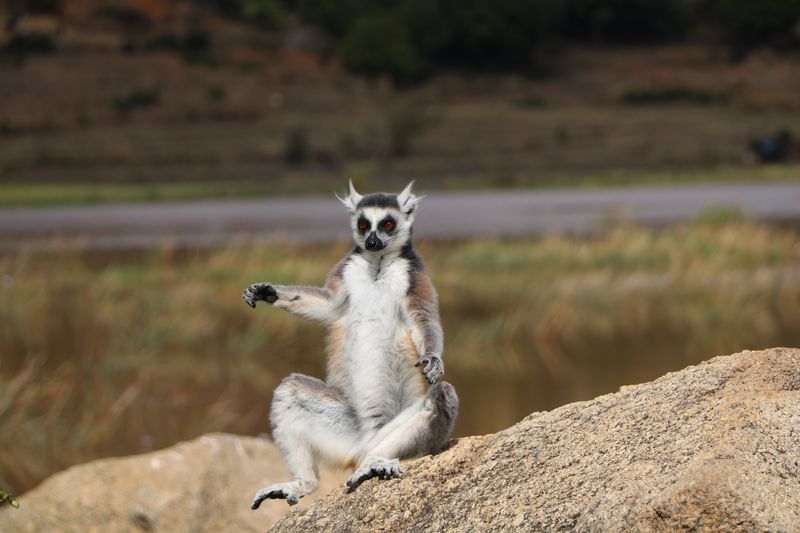 Madagascar is an island nation that is home to some of the world’s most intriguing wildlife. While most of its national parks are protected, they still face the threat of illegal wildlife trading, bush fires, and more.

In an effort to offset these, several national parks can only be visited if you meet up with local guides. That’s the case of Ranomafana National Park and Tsingy de Bemaraha National Park. The local guides also offer tours to educate visitors.

»Note that the attitude towards ecotourism varies throughout Africa. It’s a good idea to also learn about the positive and negative impact of ecotourism in Africa.

Rather than stay in a crowded city full of noise and people, for your next vacation take a look at these ecofriendly safaris that nature is preserved for future generations.

Ella is a writer and content specialist with a predilection for learning and exploring new places and cultures around the world. With family scattered throughout the U.S. and South Korea, she loves to see cross-cultural influences around the world. Her favorite thing to do on her travels is to taste the local cuisine of each destination.