Birding Tours: 8 Destinations You Should Not Miss 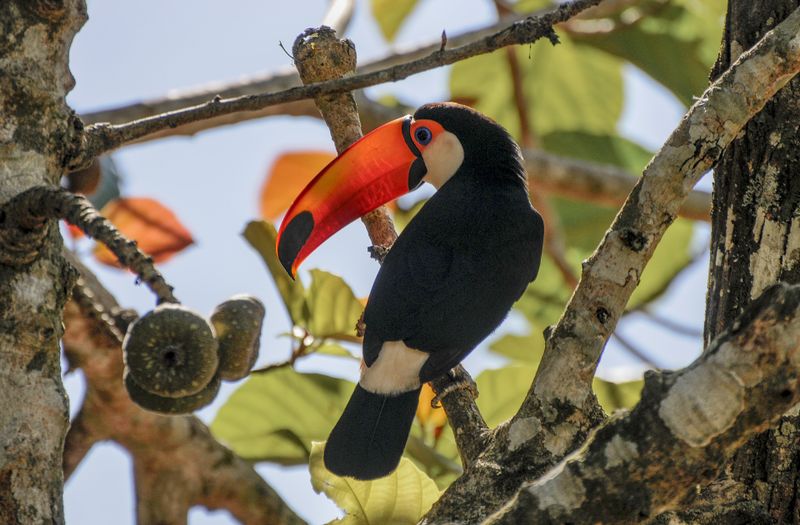 Birds. Free and fascinating. They live in every corner of the world. Free to fly at a moment’s notice, they gather in huge flocks for the sake of company and cross hemispheres in search of places to spend the winter and breed. And they fly back again next spring.

Birdwatching has come into and fallen out of fashion plenty of times. But the birds’ beauty still fascinates us.

During the years, some destinations around the world have become known as true paradises for birding tours.

Here, we share the top 8 destinations for twitchers as well as what birds they may encounter in each place. 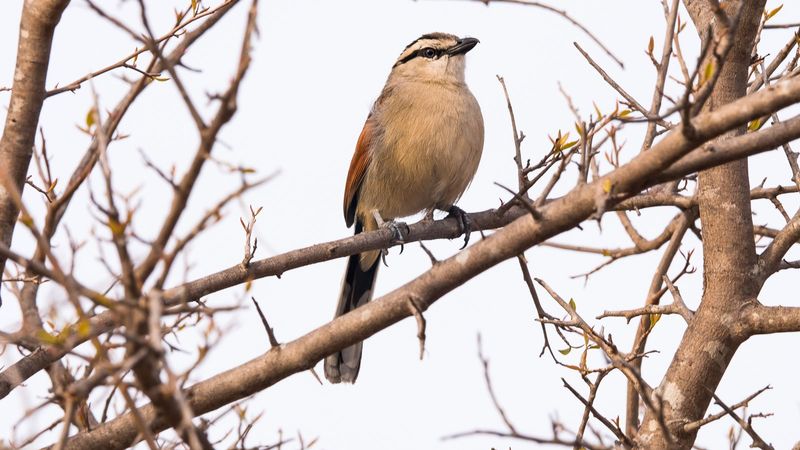 Kruger National Park may be known as the best place to spot the Big Five animals but South Africa’s most famous national park is also home to a variety of birds.

Kruger is home to some of the most colorful birds in the world so you may want to watch out for catching a glimpse of the southern carmine bee-eater, violet-backed starling, black-headed oriole, African green pigeon, blue waxbill, crested barbet, lilac-breasted roller, red-header weaver, and woodland kingfisher.

The best time to plan a birding tour in Kruger is between October and March when the bird population swells by about 200 species of migrant birds.

Do you want to visit this majestic South African park but don’t know where to start planning your safari? Read our detailed guide to visiting Kruger National Park! 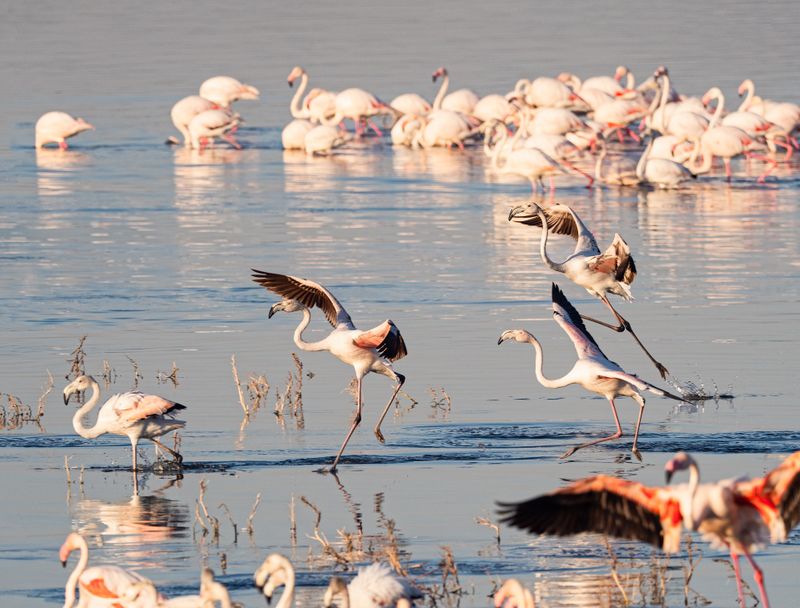 The Great Rift Valley runs through Kenya from north to south. It contains some of the world’s finest lakes, plains, and mountains.

Chances are that your birding tour in the Rift Valley will be extremely rewarding.

To spot the migrating birds that come from Europe and North Africa, you should plan your trip from November to April as many species are nesting at this time. Otherwise, the area is great for birdwatching year round. 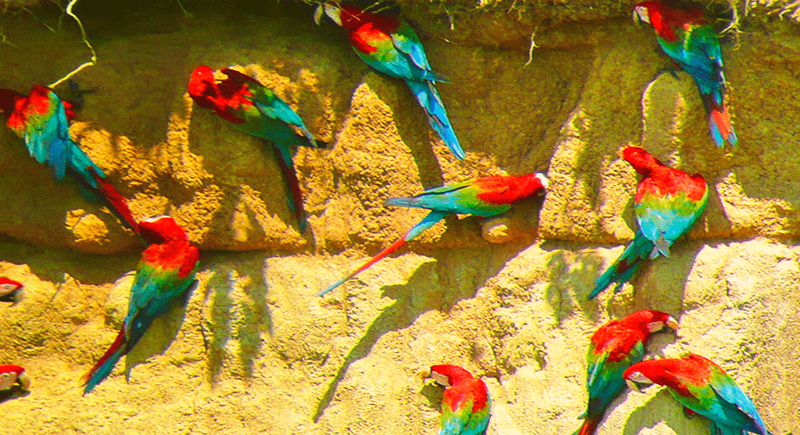 A UNESCO World Heritage Site, Manu National Park sprawls over 1.5 million ha. The tropical forest is home to an unrivaled variety of plants and animals, as well as 850 bird species.
The birds you may be able to spot during a birding tour in Manu National Park depend on the region of the park you visit and the altitude you are at.

It is best to plan your birdwatching trip to Manu between May and November, which also coincides with the Amazon summer. There are lot of birds migrating at this time. The weather also allows for jungle walks as exploring is easier during the drier time of the year. Make sure to book your trip in advance as this is the high season.

Do you want to visit the interesting Amazon but feel overwhelmed? Read our helpful guide to visiting the Amazon and embark in the trip of your lifetime!

The Pantanal in Brazil 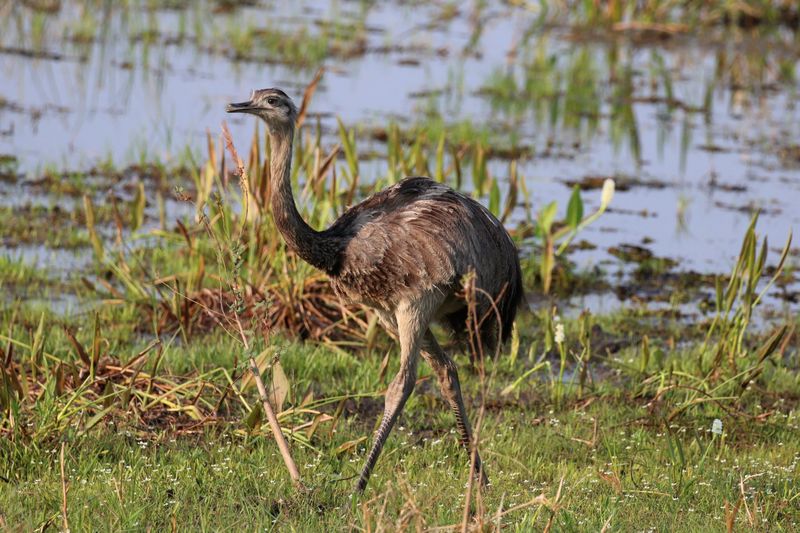 The Pantanal is the world’s largest freshwater marsh ecosystem. Known for its world-class wildlife watching, it is located in the Brazilian states of Mato Grosso do Sul and Mato Grosso. It also extends in the nearby Bolivia and Paraguay.

Declared a UNESCO Biosphere Reserve in 2000, it is home to about 650 bird species.

Millions of herons, storks, and egrets converge on the Pantanal during the end of the dry season – July to October - to take advantage of the food resource. Other birds you may spot here are crested caracara, greater rhea – similar to the ostrich and is the largest bird in South America -, buff-necked ibis, red-crested cardinal, southern screamer, black-hooded parakeet, orange-winged parrot, scarlet macaw, toco toucan, and jabiru. 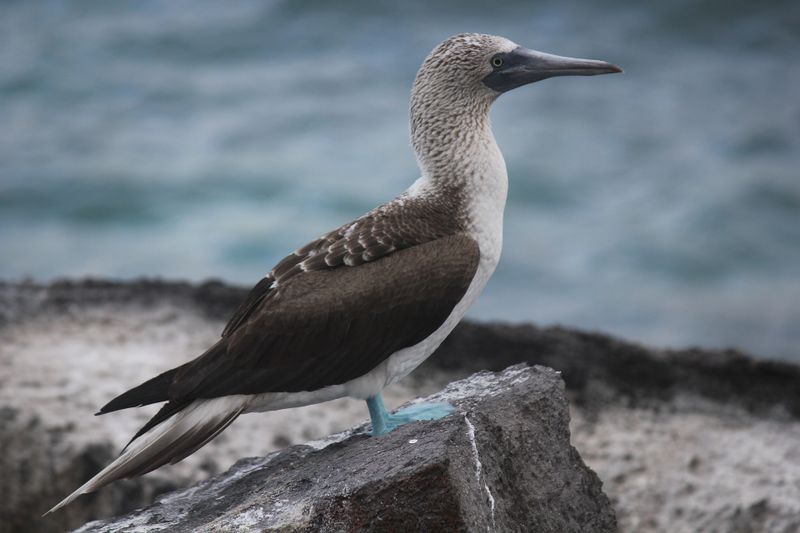 The Galapagos Islands, part of Ecuador, are located in the Pacific Ocean, about 1,000 km / 621 miles off the coast of South America.

Because of the lack of natural predators, the wildlife has evolved without fearing humans. Thanks to the biodiversity and bird sighting opportunities, the Galapagos Islands are a bird watcher’s dream come true.

The bird species that can be seen here differ from the ones that are in the rain forest. Some birds to marvel at – from a close distance and for a long time – are Galapagos albatross, red-billed tropic bird, blue-footed booby, American flamingos, Galapagos short-eared owl, and swallow-tailed gull.

If you plan to visit The Galapagos Islands during a birding tour, the months of June to November see an abundance of plankton and nutrients for the albatross and penguin. Whereas July is the mating season for the blue-footed boobies and the short-eared owl which gives you a chance to observe their rituals.

When planning your trip to the Galapagos Islands, kindly not that you require not only a valid passport but also a round-trip ticket and hotel or cruise reservation. 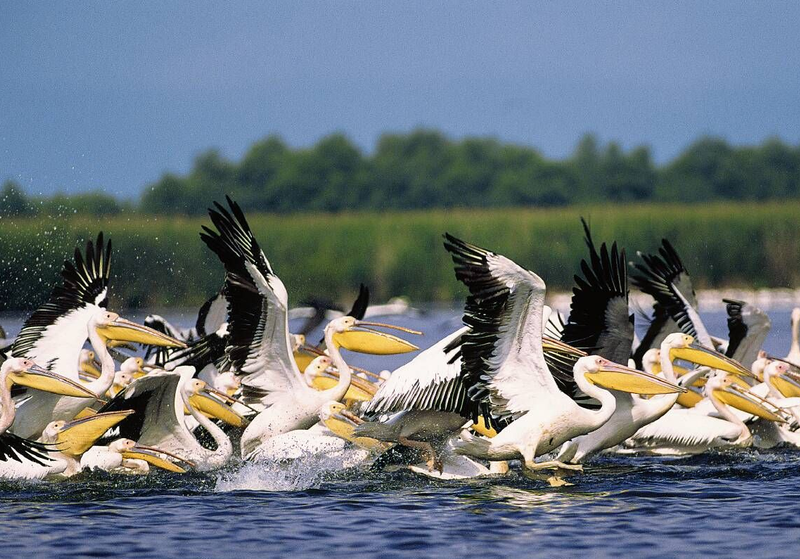 The mighty Danube flows from Germany’s Black Forest to the Black Sea, in Romania. Just before reaching the sea, it forms the second largest and best-preserved Delta in Europe, spreading over 3,446 sq km / 1,330 sq miles of rivers, canals, islands, and lakes.

It is a wildlife’s enthusiasts dream and a bird watcher’s paradise.

Countless bird species find breeding ground here, some of them from as far away as China and Africa. Egyptian white pelicans arrive here in spring. Arctic geese come here to escape the harsh winters.

And you can also spot herons, ibis, warblers, and white-tailed eagles, among other bird species. About 300 bird species make the Danube Delta their home.

The birding season starts in early spring and lasts until late summer. April and May are considered the best months to visit the delta as nature comes to life. Plus, you can witness the interesting mating rituals and the fantastic plumage (of males). 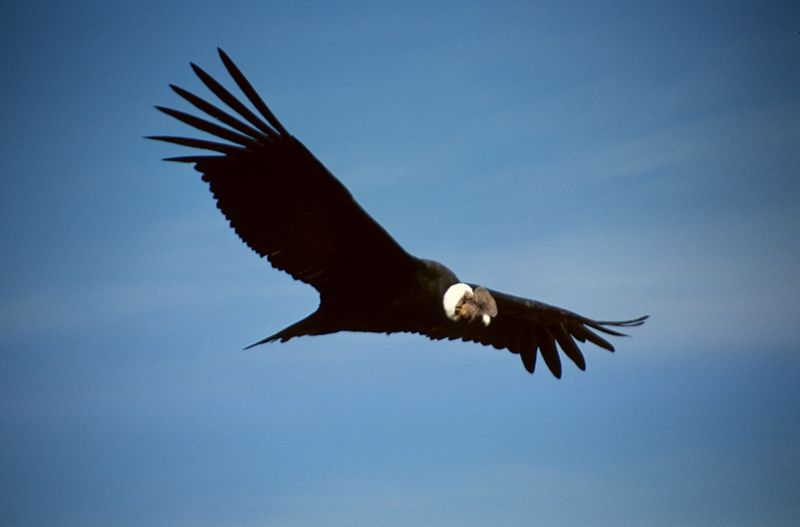 Colca Canyon is located about 4 hour’s drive from Arequipa and is known for the dramatic landscape, vibrant culture, history, and native condors.

The Andean condor can be spotted across South America, but the best place to see these strikingly large birds is in Colca Canyon, Peru.

This bird has an average wingspan of 3 m (10ft) and weighs up to 15kg (33lbs). In order to stay in flight, they need the wind. That’s why they can be found here as the rising winds are strong.

There is a higher probability to spot these magnificent birds during the dry season – from April to November. The birds can be seen year-round but it’s important to show up at the right hour.

Mornings tend to be busier, though, as massive tour groups only visit during this time of the day. It may be worth it to show up in the afternoon, especially in the dry season. During the wet season, it’s best to visit during the morning. 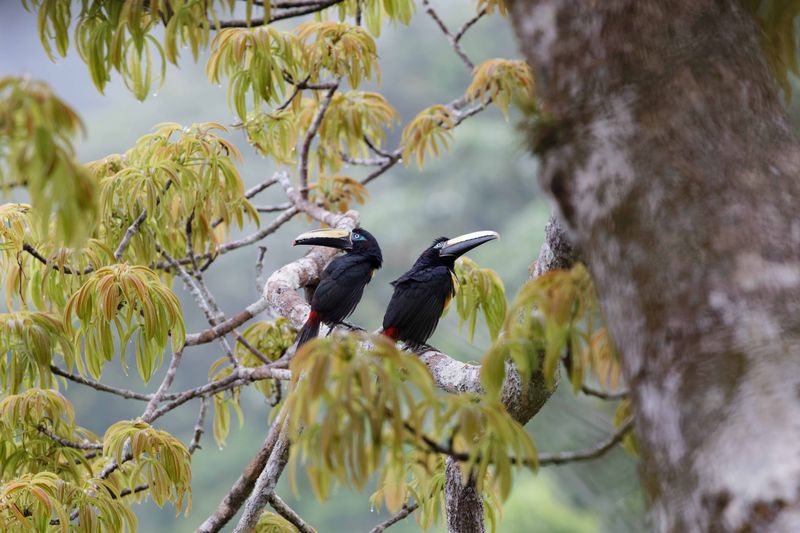 The birds in Yasuni National Park are not used to humans, which may make birdwatching a bit complicated. However, the park is home to so many amazing bird species that a wobbly canoe trip is totally worth it.

A UNESCO Heritage Site, Yasuni sprawls over 1 million ha of lowland Amazon Rainforest and is considered to be the most biodiverse on Earth.

The wet season – December to June – sees an abundance of wildlife and birds feeding off the forest fruits and flowers.

Ready to see these beautiful birds in the wild? Why not book a wildlife tour and explore charming Africa, exciting South America, or colorful Asia