Wild Facts About the Big Five: No. 1 – the Rhinoceros [Infographic] 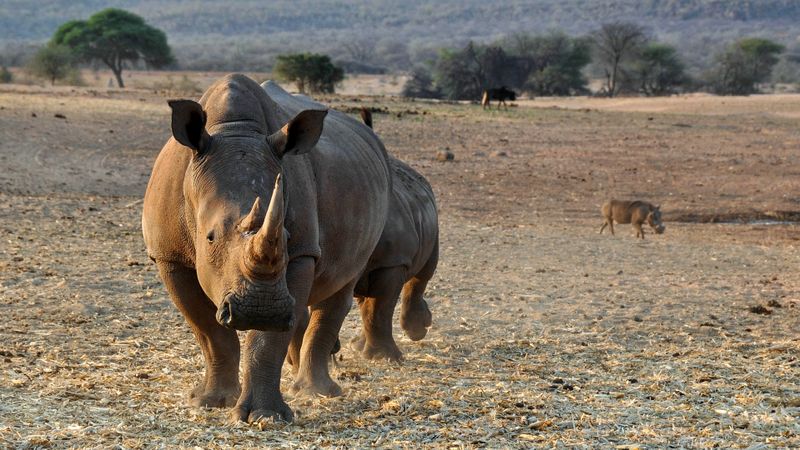 The Big Five are the most renowned, searched for and recognizable of all African animals. They are truly impressive but, despite their nickname, they are not necessarily the biggest or the most dangerous. In fact, towards the end of the 19th century, the term referred to Africa’s most difficult animals to hunt on foot.

So what exactly are the Big Five Animals of Africa? Well, in no particular order, they are the rhinoceros, the lion, the Cape buffalo, the elephant, and the leopard.

Let’s start with rhinos first. With their prehistoric appearance, they are perhaps the most intriguing out of the Big Five and they happen to be the most endangered. Africa is home to black and white rhinos. But the fact is they’re both gray and look pretty much the same, the difference being in the shape of their mouths and lips.

Are you planning to head out on a Big Five safari? Or maybe you are an animal lover looking to extend your knowledge? Look no further! We’ve put together some wild facts about the African rhinoceros in a fun infographic, the first in a five-part series that we think you will find insightful. Enjoy!

Around 150 years ago, there were over one million black and white rhinos roaming the African savannas. Since the 1960s, their population decreased by 97 percent, and they are still being hunted for their horns. Today, the majority of black rhinos are concentrated in South Africa, Namibia, Zimbabwe and Kenya. South Africa is home to 40 percent of the continent’s black rhino population.

Did you enjoy this infographic? Check out our next one – Wild Facts About the African Lion!

Do you wish to get closer to the mighty rhinos and observe them in their natural habitat? Go to BookAllSafaris.com, choose a rhinoceros safari and embark on your next adventure!