Before we dive deep into the best things to do in South Africa, let’s take a look at the best times to visit the country:

Stay in a Treehouse 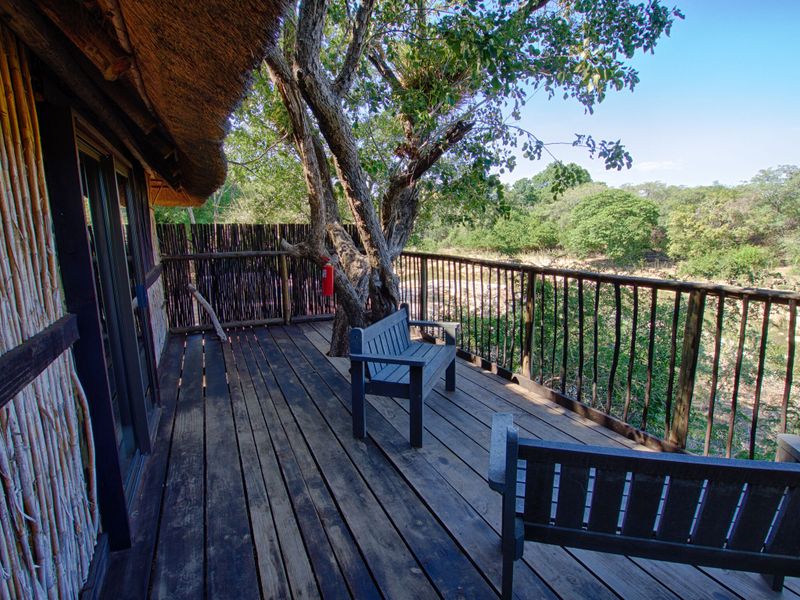 When it comes to choosing the accommodation when you book a safari, there are a lot of options, depending on your budget and type of safari you are interested in.

And while campsites allow you to stay in nature, they may be a bit too rough for some travelers.

If you are looking for something really special, book a treehouse safari. The amenities range from rustic to luxurious, depending on the unit. But regardless of those details, staying in a treehouse allows you to get up close and personal with the sights, sounds, and scents of the wild.

Go on a Jeep Safari in Kruger National Park 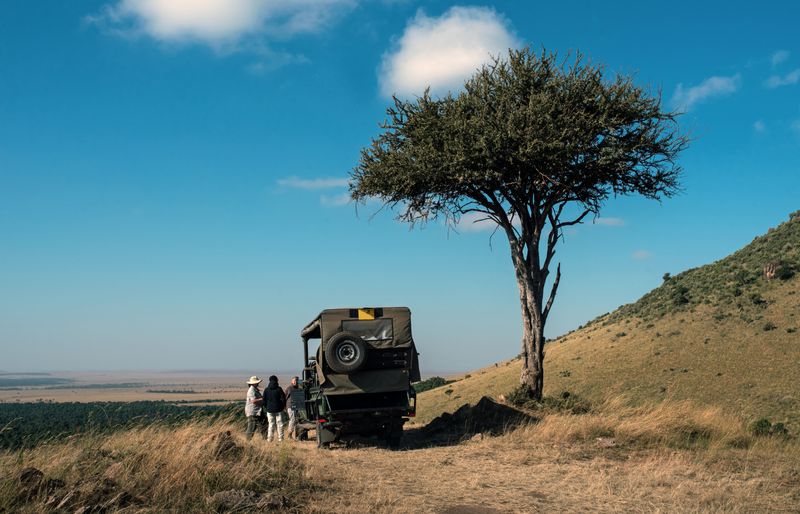 Kruger National Park spans over 19,485 sq km (7,523 sq mi) and is divided into 14 different eco-zones. It is one of the main tourist destinations in South Africa and the country’s flagship national park.

The amazing infrastructure makes Kruger National Park one of the best to choose for a jeep safari. You can take advantage of seeing the animals up close and personal but won’t worry about planning everything on your own and the guides are a treasure trove of information about the animals and surrounding nature.

Do you also have Kruger on your bucket list but are overwhelmed by planning? Then read our detailed guide to visiting Kruger National Park. 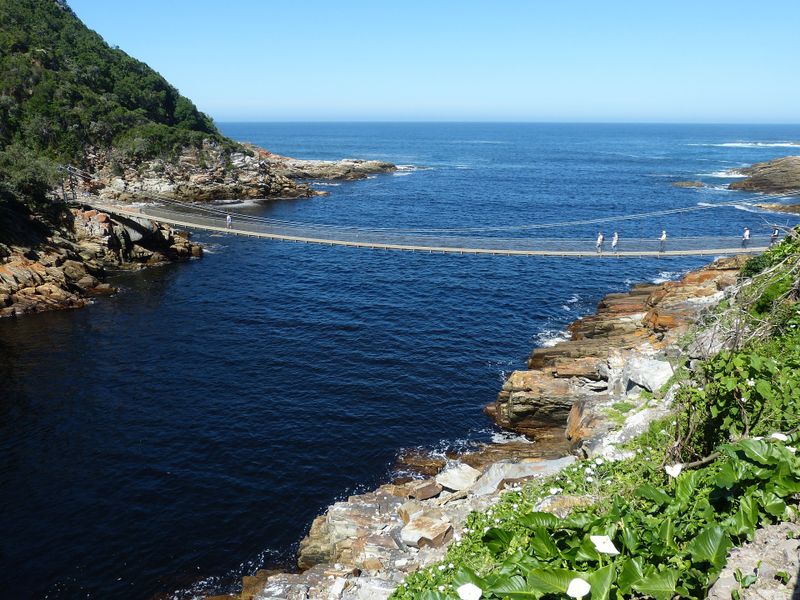 Stretching from Mossel Bay to St Francis along the Indian Ocean, the Garden Route is one of the most beautiful destinations in South Africa. The main highlights of this drive include hiking in Garden Route National Park, visiting the Transport Museum in George, enjoying a safari in Addo Elephant Park, and bungee jumping off Bloukrans bridge. . If you aren’t up for the long drive, you can still explore this lush coastal region by train.

Cape Town and Durban are the two best cities to start your trip from but because neither city gets many international flights, you’d likely need to fly into Johannesburg and make your way from there.

Go on a Family Safari

While the words “family” and “safari” may not usually mix, South Africa is one of the best countries to enjoy such a special trip together with the little ones.

Family safaris in South Africa are perfect for everyone. The country offers a lot of family-friendly lodges and activities. The roads are excellent and most of the country is malaria-free.

Should you prefer the freedom to see the wildlife at your own pace, many parks allow self-driving. Addo Elephant National Park and Kruger National Park are your best bets.

See Dolphins and Whales during an Ocean Safari 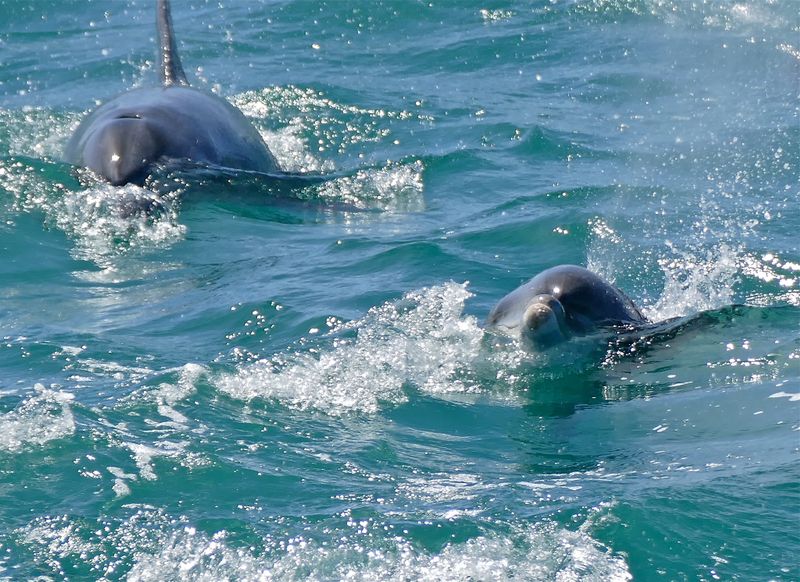 Ditch the land and hop on the boat to see amazing animals during an ocean safari in South Africa. You may be able to spot penguins, dolphins, and whales.

Whales are mostly seen from July to November, while dolphins are seen from December to March.

Most often you get a choice between morning and a sunset cruise. If you suffer from motion sickness, it’s always best to choose the morning cruise.

Located just outside Cape Town is Boulders Beach, home to a colony of African penguins, which settled here back in 1982. Although right in the middle of a residential area, this is one of the few places where you can observe these endangered penguins at close range, in their natural habitat.

The Boulders Beach is the most popular place where you can see them, but for best views head to Foxy Beach, where the newly constructed boardwalks allow you to see them from a very short distance.

Hike To The Top of Table Mountain 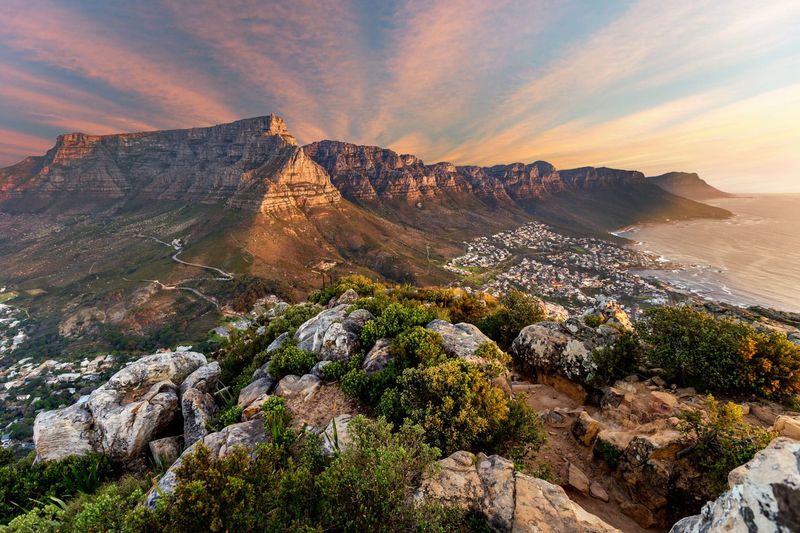 One of the most iconic landmarks in the country, Table Mountain is also one of the most popular places to visit in South Africa. Visitors can either take the cableway to the plateau or hike on one of the many available trails.

Platteklip Gorge Trail is the most direct and popular trail. It’s 2km / 1.24 mi and can be done in 1 hour if you are fit. However, it’s in direct sun and can get really hot mid-day. Plus, it’s crowded.

The easy way up is on the 12 Apostles Trail. It’s 6km/ 3.7 mi long and takes about 4-5 hours to get to the summit. You don’t need to be super fit to tackle it and it’s less crowded than the other trails. 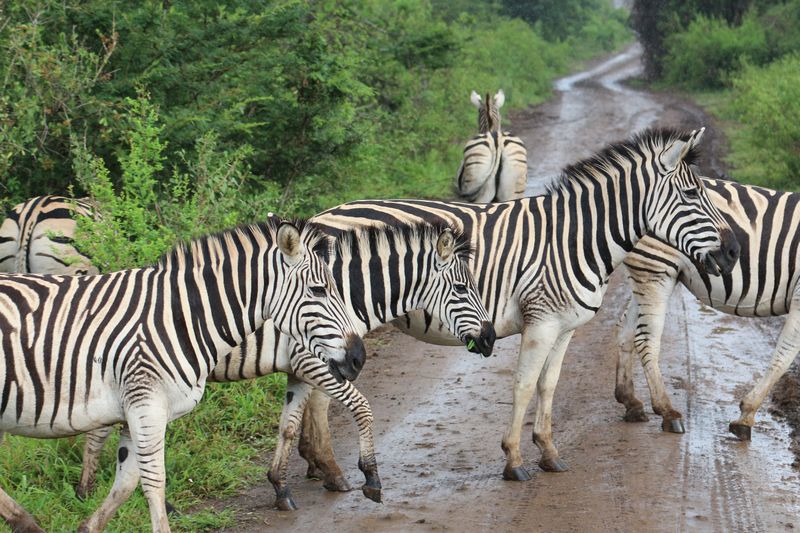 While Sabie Game Reserve (which later became Kruger National Park) was proclaimed a park in 1898, around the same time (1895), Hluhluwe & Imfolozi Park, formerly known as Hluhluwe & Imfolozi Game Reserve, also became one of the country’s first national reserves.  Thanks to the dedication of Mr H Vaughan Kirby, a game conservation officer, the rhinos left in the area were given absolute protection.

The reserve is a lot smaller than Kruger, spanning only on 960 sq km / 370.6 sq mi and is known for its rich wildlife and conservation efforts. Wildlife ACT’s main focus in the park includes monitoring the African wild dogs, lions, elephants, and rhinos. The wildlife is monitored with camera traps.

The park is home to all of the members of the famed Big Five and you can also spot other animals here, such as hippos, Nile crocodiles, cheetahs, zebras, elands, kudus, baboons, and monkeys. 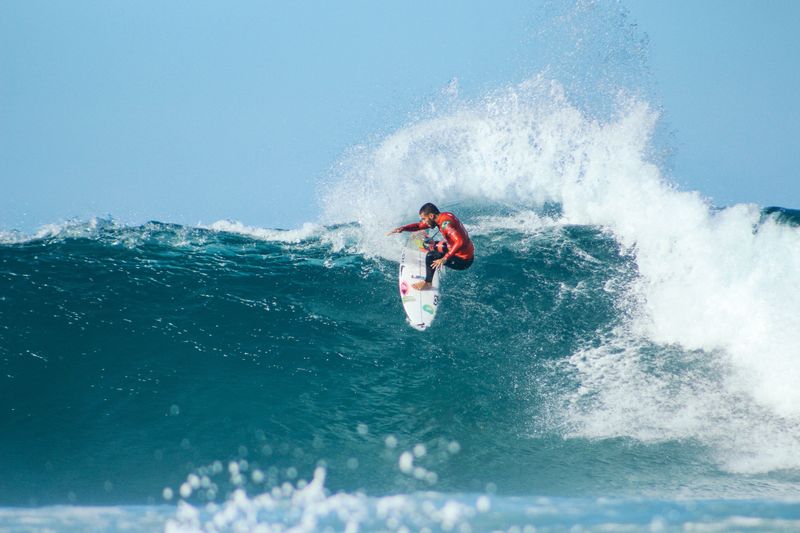 Jeffreys Bay is the best surfing destination in South Africa consistently ranking in the world’s top 10. This legendary wave hosts the annual J-Bay Open, an event on the World Surf League (WSL), which sees the world’s best pro surfers fighting for the title.

While the best conditions can be found during the Southern Hemisphere winter, between May and September, beginners should only attempt this one in summer, between November and March, when the waves are not as powerful. Luckily, some surf camps are open year-round. 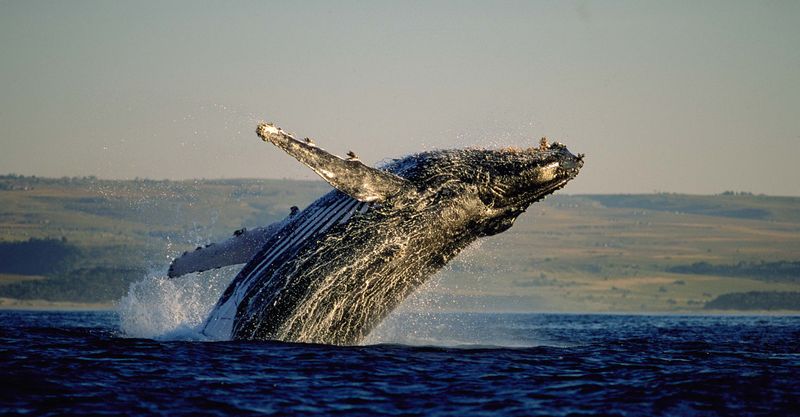 The best time to go on a whale watching tour in South Africa is between June and November, when you have chances to see the southern right whale along the Cape south coast.

If you don’t feel like taking a safari, then you can just drive to Hermanus from Cape Town, sit on a bench overlooking the beach and try to spot the whales! The 12 km/7.5mi cliff path is an amazing choice for those who want to keep the whale watching on…solid ground.

Are you planning to visit South Africa sometime soon? Then why not book a safari in South Africa and enjoy exploring a fascinating country teaming with nature and wildlife.