8 Day Hummingbird Route Tour in the Western Slopes, Ecuador
This listing has no upcoming availability. Check out these similar experiences 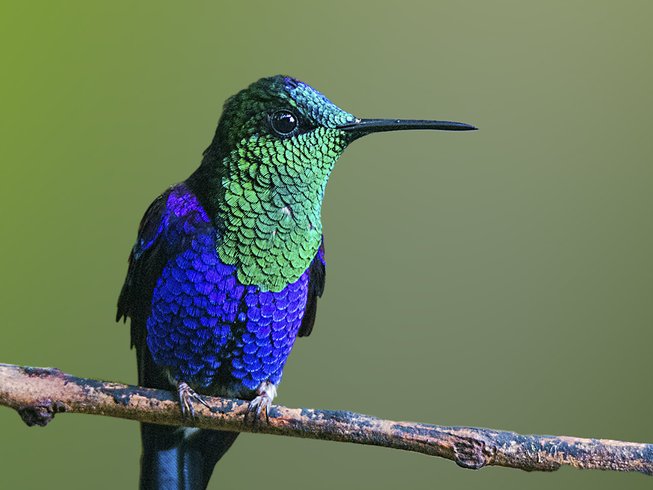 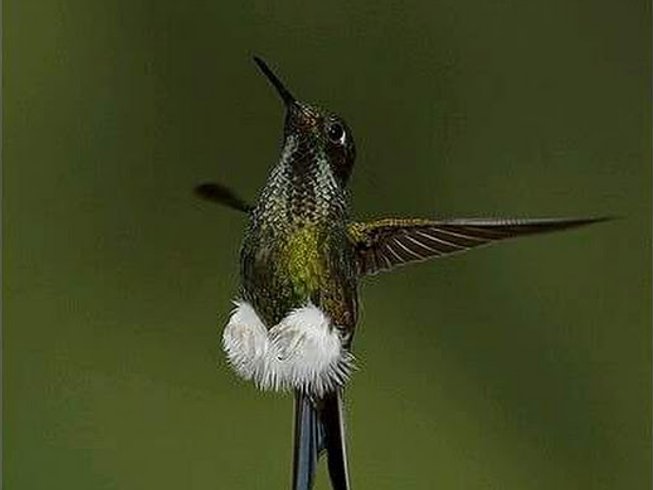 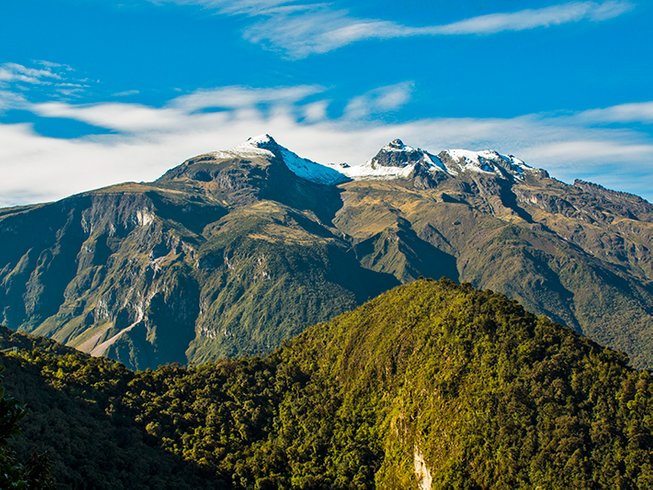 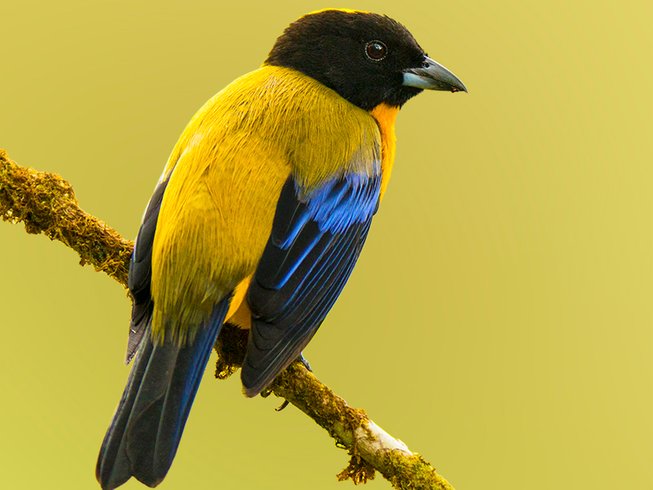 Login to save to your favorites
“Birding Experience of a Life Time!”
​
Photo
all media

Neotropical Nature and Birding Trips takes you to discover the winged jewels that inhabit the Ecuadorean Tropical Andes. Following the Hummingbird Route, you will have the chance to encounter over 150 bird species in their natural habitat, and enjoy breathtaking landscapes while supporting local conservation projects.This route is recognized as one of Ecuador’s most diverse Important Bird Areas.

Quito is a UNESCO World Heritage city, capital of Ecuador. Upon arrival in Quito, you will be transferred to your hotel. Most international flights to Ecuador arrive late at night. Overnight at Garden Hotel San Jose or similar and breakfast.

Early departure as the sun rises, over the northwestern slope of Pichincha Volcano. Start birding in the enchanted, Protected Forest of Yanacocha for a surprising array of bird species; there are mixed flocks of gorgeous birds such as Scarlet-bellied Mountain-Tanager, Black-chested Mountain Tanager, Blue-backed Conebill, Golden Crowned Tanager. Hummingbirds are a major highlight here!! Great Sapphirewing, Sapphire-vented and Golden-breasted Pufflegs, Tyrian Metaltail, Buff-winged Starfrontlet, and the outstanding Sword-billed hummingbird are frequent visitors of the surrounding flora and the feeders scattered along the main trail.

&Box lunch at the reserve; later on we’ll continue on down the old Nono-Mindo Road to Tandayapa Valley with remarkable landscapes. Following what is known as the Ruta del “Quinde”- kichwa word for hummingbird- with more fabulous birds and views, we make our way to Bellavista Cloud Forest Reserve, at 7200 ft a.s.l.

The old Nono-Mindo Road is a great birding site with a great diversity of hummingbirds and many Chocó endemics.

The route offers a good chance for White-capped Dippers hopping around on the boulders within a rushing Andean river; the riverside banks along a section of the road also play host to Slaty-backed Chat-Tyrants.

We’ll try to arrive at the lodge before dark to get our first view of the incredible activity at the hummingbird feeders, which attract many species including Violet-tailed Sylph, Collared Inca, Purple-bibbed Whitetip, Western Emerald, Purple-throated Woodstar, Booted-racket-Tail, Gorgeted Sunangel, Speckled Hummingbird among others.

Waterfalls on this 700 hectare property, all deep in the subtropical rainforest are breathtaking. This combination of water and exuberant vegetation invites you for day excursions in the surroundings, which will acquaint you with the uniqueness of the cloud forest, its bird diversity, and the fascinating adaptations to life in this special ecosystem.

Bellavista is recognized as one of Ecuador’s Important Bird Areas (IBA’s). It is located within the Chocó Bio-geographic Region. This area extends from Panama to the Ecuadorian Province of Manabi; this bio-region is considered one of the world’s hot spots of biodiversity due to its high levels of endemism.

Some of the target species here are: the very rare and threatened Tanager Finch, the gorgeous Toucan Barbet, Ocellated Tapaculo and the spectacular Plate-billed Mountain-Toucan.

This now-famous antpitta reserve near Mindo will be one of the tour’s highlights. Here, the former local farmer Angel Paz and his brother Rodrigo have switched their activities to birding and conservation. They are pioneers in the Neotropics in hand-feeding several elusive species like Giant, Yellow-Breasted, Chestnut-Crowned, Moustache, Ochre-Breasted antpittas with amazing success. These birds respond relatively easily to their voice, giving us a great chance to see these otherwise evasive birds. A

ngel and Rodrigo have gained substantial fame for developing this technique of conditioning extremely rare antpittas and other rare birds to come out onto the trail. Here we’ll also visit an active Andean Cock-of-the-Rock lek at sunrise. Hummingbird feeders attract some new species like Velvet-purple Coronet, Empress Brilliant and Brown-Violetear. Other Chocó specialties sometimes found in the area include Nariño Tapaculo, Orange-breasted Fruiteater, and Black -chinned Mountain-Tanager. It is also a good site for birds like Olivaceus Piha, Golden-headed Quetzal, Golden-Winged Manakin and Crimson-rumped Toucanet.

You'll head out to an area which is known among birders as the “Mashpi road”, the birding area includes a small side road that forks off and heads a few km to the Mashpi Amagusa Reserve. The reserve is a transition zone that covers different altitudinal ranges from 1700 to 750 m.a.s.l (5610 to 2470 ft).

Mashpi is a recently popularized site in the northwestern foothills that has gained notoriety for its impressive collection of Chocó endemic bird species. The wet mossy forest along the roads in the area boasts Moss-Backed Tanager, Pacific Tuftedcheek, Orange-Breasted Fruiteater, Black Solitaire, Glistening-Green Tanager, Indigo Flowerpiercer, and the very rare Choco Vireo.

After an early breakfast, you'll head out to Silanche and Milpe reserves, both are managed by the Mindo Cloudforest Foundation. This is a nonprofit conservation organization founded in 2001 that works to protect critically endangered natural habitats in Ecuador. We'll get to explore these sanctuaries in the Chocó-Andean foothills and lowlands. Milpe Bird Sanctuary covers an altitudinal range from 1020-1150m (3350-3770 ft). Here, both Clubwinged and Golden-winged manakins are relatively easy to observe, photograph and enjoy.

Rio Silanche Reserve was created in 2005, to protect an area of 100 hectares, ranging from 300 to 500 meters above sea level. It has a good trail system and 15 meters (50 ft) tall canopy observation tower, from where you can see and photograph mixed foraging flocks.

Bird watching at Recinto 23 de Junio is always a great experience. You may encounter Moss-backed Tanagers and Black Solitary next to the road that leads to the community. The aim of this trip is to get some great views of the Long-wattled Umbrellabird (Cephaloterus penduliger) this dispersed lek forming species is a Chocó endemic specialty whose conservation status has been raised to vulnerable due to the destruction of his habitat. Later you'll drive to higher elevation where you ’ll try to photograph the four species of toucans that occur in this area: the Plate-billed Mountain Toucan, the Chocó Toucan, Chestnut-mandibled Toucan, and the Pale-mandibled Aracari; all in a matter of a couple of hours. There are not many places in Ecuador where you can see these all these birds in the same area.

It is important for us to support local conservation efforts, this place is an excellent example of the great diversity that is worth saving and seeing.

After exploring this location, you’ll have lunch at Alambi Cloud Forest reserve, a hummingbird paradise, where over 15 species visit their feeders every day. It's an outstanding place right by the main road. Later you’ll head back to Quito.

The snow-covered top of Antisana Volcano is located at 18,886 ft a.s.l.. It’s the fourth highest peak of Ecuador. Something that makes this place wonderful is the contact with undisturbed nature apart from crowded touristic places and it’s beautiful Andean scenery. The reserve provides opportunities to understand the geological history of the Andes and the importance of this unique ecosystem.

5You may see many high altitude and local specialties including Ecuadorian Hillstar visiting the Chuquiragua bushes, Black-tailed Trainbearer, Stout-billed Cinclodes, Andean Tit-Spineatil, Many-striped Canastero, Tawny Antpitta, Tufted Tit-Tyrant, Red-crested Cotinga, Paramo Pipit, Plumbeous Sierra-Finch and Black-winged Ground-Dove. You’ll have the chance to see many Carunculated Caracaras, Andean Gulls, Andean Lapwings, and many other species that are absent or difficult to see in other sites such as the rare Black-faced Ibis. This reserve has at least 4 different cliffs in which up to 30 Andean condors have been counted perching; this is a large number considering an estimated population of just 106 wild individuals in the country. Birdlife categorizes Antisana as an Important Bird Area and is part of The Nature Conservancy's Condor Bioreserve, it is just a worthy glimpse between 10500 ft to 15000 ft a.s.l.

Arriving at Lake "La Mica", you scan the lake shore for Andean Coots, Andean Teals, Andean Ruddy Ducks, and Yellow-billed Pintails. This is also the best place in Ecuador to observe closely the regal Silvery Grebe.

If not joining the available extensions to the eastern slopes, you will be transferred to Quito's international airport for your flight back home.

Note: This is a sample itinerary subject to change due to weather conditions, safety, and particular interests of guests. Changes and additions are made in order to maximize your experience, wilderness enjoyment, and cultural interaction with local people.

This tour includes all the meals listed in the itinerary with the soft drinks; dinners on day 1 and day 8 not included. Alcoholic beverages not included.