4 Days Safari Group Tour in Tarangire, Serengeti, and Ngorongoro Crater, Tanzania
This listing has no upcoming availability. Check out these similar experiences 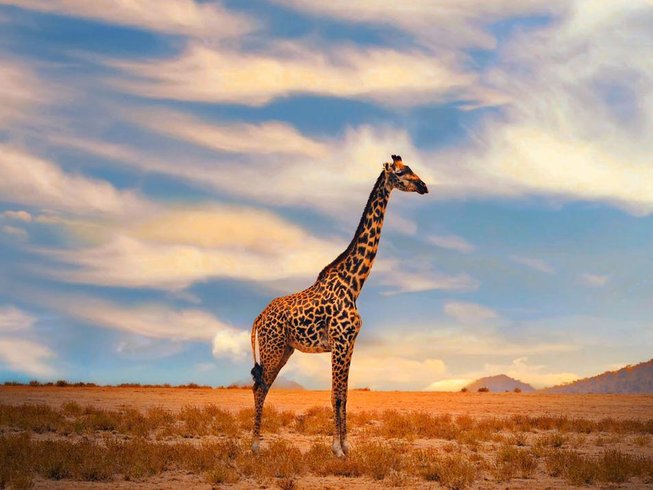 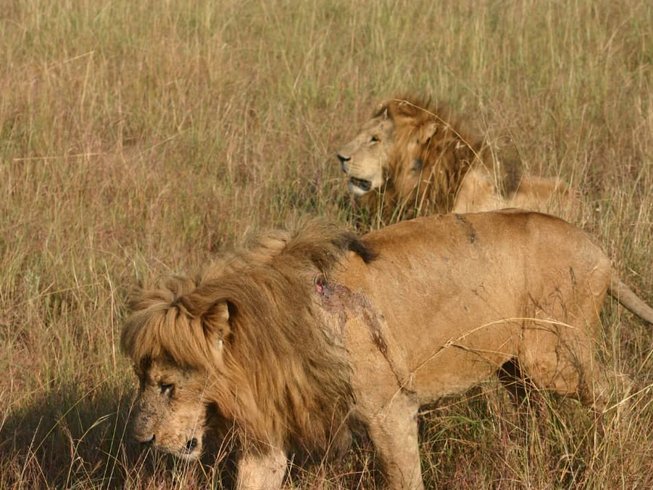 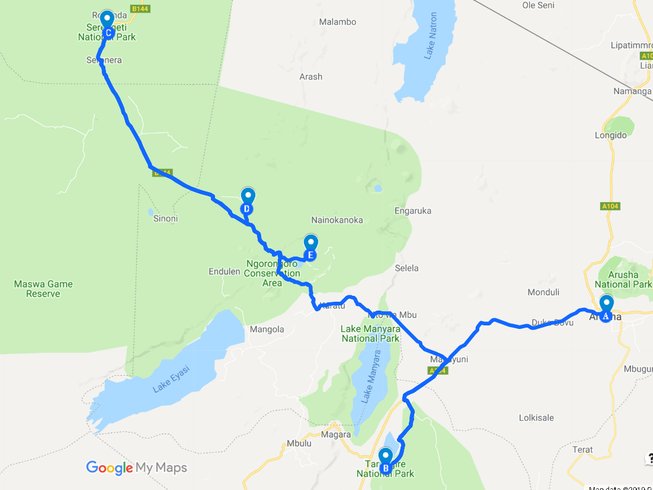 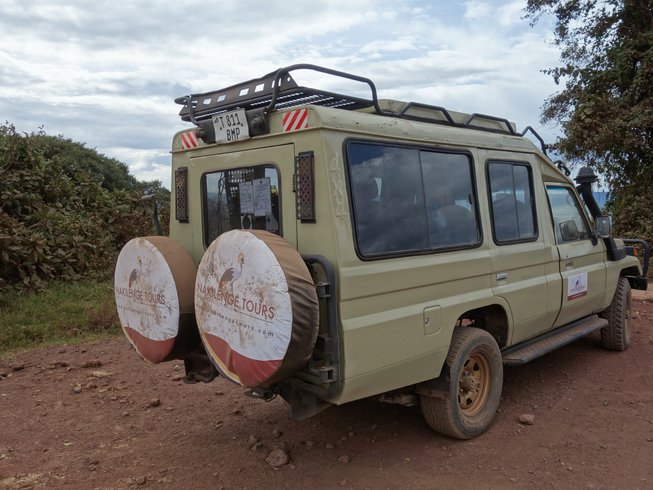 Login to save to your favorites
“Experience the excitement of an African safari!”
​
Photo
all media

This safari showcases the beauty and wonders of Tanzania through game viewings in Tarangire National Park, Ngorongoro Crater, and Serengeti National Park. Nakilenge Tours & Adventure Safari has professional and dedicated teams that not only has extensive in organizing trips but also with the true passion for tourism, that allow you to see the best of Tanzania and all its unique nature.

During this safari, you will stay in the following accommodations:

The public campsites which are collectively called Seronera Campsite are located in the Central Serengeti area known as the Seronera. Seronera Campsite is one of the most famed campsites in Tanzania for animal encounters. Animals will pass through the campsite at night on their nocturnal wanderings. This campsite is guarded. Tents have mats and bathrooms are outside of the tent.

Simba Campsite lies on the very rim of Ngorongoro Crater and has an excellent view across the caldera. A fantastic sunrise over the crater rim opposite makes a fine breakfast scene. Often there are elephants wandering around the camp! This campsite is guarded. Tents have mats and bathrooms are outside of the tent. Facilities at Simba Campsite are basic but this is more than made up for by the atmosphere of this camp in the clouds.

You will depart in the morning after breakfast with the lunch boxes. Drive to Tarangire National Park for full game viewing. Tarangire is famed for its herds of elephants, giant baobab trees, and other Big Five such as lions, giraffe, and leopard. Dinner and overnight at Mto Wa Mbu Campsite / Lodge.

You will depart to Serengeti National Park via Ngorongoro Conservation Area in the morning after breakfast with the lunch boxes. Serengeti means the endless plains in the Maasai language. The park is also famed for wildebeest migration and a variety of animals such as lions, leopard, giraffe, hippos, antelopes, and gazelles. Dinner and overnight at Seronera Campsite.

Early morning after a cup of coffee, you will have a sunrise game viewing in Serengeti National Park. Return to the campsite for brunch then proceed with game viewing en-route to Ngorongoro Crater via Olduvai Gorge. Dinner and overnight at Simba Camp.

You will depart in the morning after breakfast with the lunch boxes. Descend down to the crater floor for game viewing till late afternoon. Ngorongoro Crater is one of Africa’s most famous sites and is said to have the highest density of wildlife in Africa. There is a very high possibility of spotting all the Big Five (lion, elephant, buffalo, rhino, and leopard). Then in the late afternoon, return to Arusha.

Thobius Lubulila is a professional guide age 54. He has experience of over 21 years in the tourism industry. He is well in provide expert knowledge itineraries and customizes safari as well as has a true passion for Tourism. He enjoys travel because he believes is the best way to discover the world and got life experience.

During this safari, you will be provided with daily breakfast, lunch, and dinner.

During this safari, you have the chance to visit a Maasai boma for an extra charge.

Facebook Twitter Email Whatsapp
Organized by Nakilenge tours & adventure safari
Nakilenge Tours & Adventure Safari aims to showcase the beauty and wonders of Tanzania, that allow you to see the best of this country and all unique nature.
Arusha, Tanzania