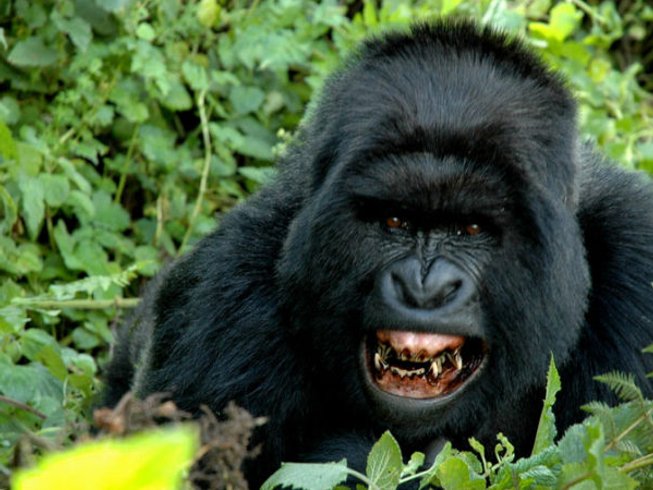 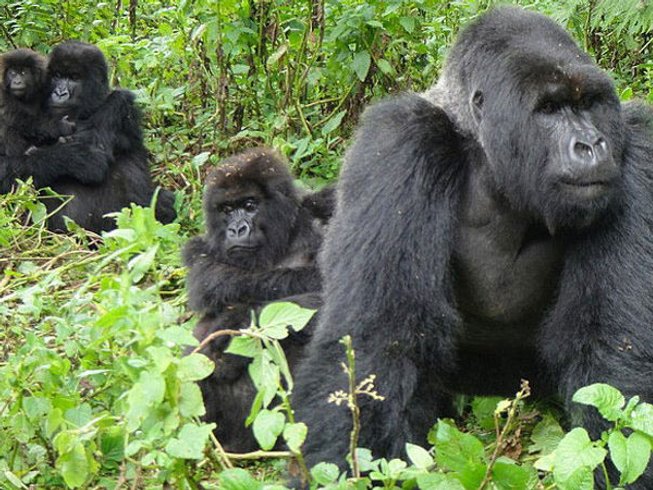 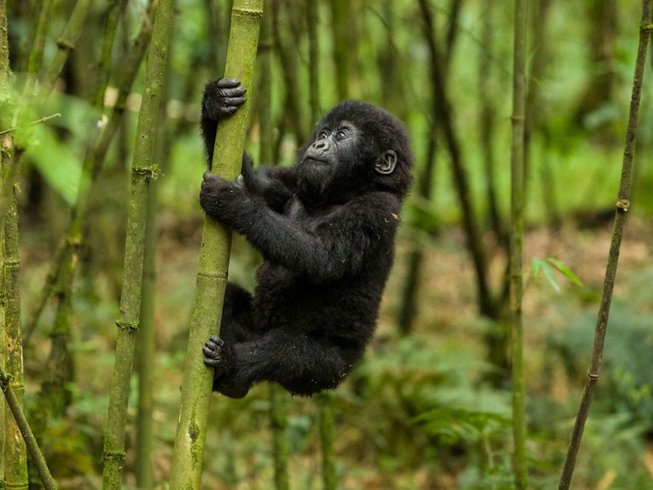 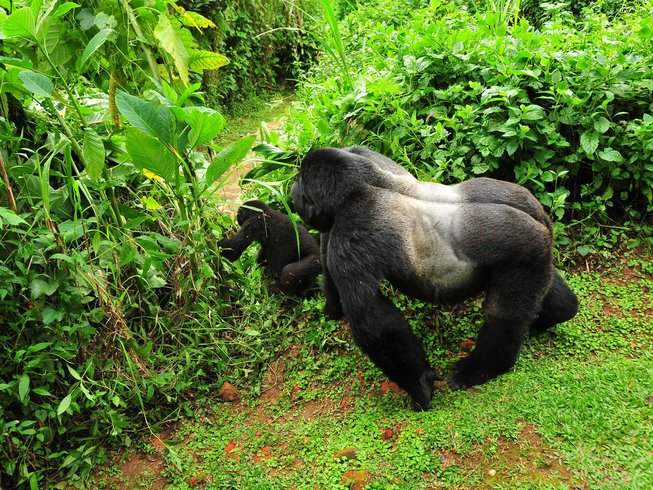 Login to save to your favorites
“Discover the mountain gorillas in Uganda!”
​
Photo
all media

Make your dreams come true in your exploration and discovery in this Gorilla Trekking Safari by Mutanda Gorilla Tours. Upon pick up from Kampala, you will be drive to Bwindi Impenetrable National Park, with stopovers at Equator Kayabwe in Impiji and at the Great Lakes in Rwahi. Enjoy gorilla tracking on your second day, a truly memorable experience! Savor this rewarding experience and enjoy interacting with a local tribe on your third and last day of safari.

During this safari, you will stay in a luxury type of accommodation inside Bwindi Impenetrable National Park.

After an early breakfast, a Hornbill Gorilla Tours guide will pick you from Kampala to Bwindi Impenetrable National Park via Masaka, Mbarara town and while on the way, you will be able to have weight and water experience at the Equator Kayabwe in Impiji. Continue and before reaching to Mbarara, you will get a chance to see beautiful scenery for photography.

After an early breakfast, your guide will transfer you with packed food to the Bwindi headquarters for a briefing to a memorable experience of gorilla tracking; UWA staff will be the one to guide you for gorilla tracking. After a successful gorilla tracking activity, you will receive a certificate and then you will return back to the lodge for lunch. You will also get a chance to visit Batwa for a farewell entertainment. Then return back to the lodge for overnight stay and full board.

Early morning after breakfast, transfer back to Kampala and you will get meals and some refreshments on the way.

The Bwindi Impenetrable National Park (BINP) is in south-western Uganda. The park is part of the Bwindi Impenetrable Forest and is situated along the Democratic Republic of the Congo (DRC) border next to the Virunga National Park and on the edge of the Albertine Rift. Composed of 331 square kilometers (128 square miles) of both montane and lowland forest, it is accessible only on foot.

BINP is a United Nations Educational, Scientific and Cultural Organization-designated World Heritage Site. Species diversity is a feature of the park. It provides habitat for 120 species of mammals, 348 species of birds, 220 species of butterflies, 27 species of frogs, chameleons, geckos, and many endangered species.

Floristically, the park is among the most diverse forests in East Africa, with more than 1,000 flowering plant species, including 163 species of trees and 104 species of ferns. The northern (low elevation) sector has many species of Guineo-Congolian flora, including two endangered species, the brown mahogany and Brazzeialongipedicellata.

In particular, the area shares in the high levels of endemisms of the Albertine Rift. The park is a sanctuary for colobus monkeys, chimpanzees, and many birds such as hornbills and turacos. It is most notable for the 340 Bwindi gorillas, half of the world's population of the critically endangered mountain gorillas. Four habituated mountain gorilla groups are open to tourism: Mubare; Habinyanja; Rushegura near Buhoma; and the Nkuringo group at Nkuringo.

Uganda is a landlocked country in East Africa whose diverse landscape encompasses the snow-capped Rwenzori Mountains and immense Lake Victoria. Its abundant wildlife includes chimpanzees as well as rare birds. Remote Bwindi Impenetrable National Park is a renowned mountain gorilla sanctuary. Murchison Falls National Park in the northwest is known for its 43- meter tall waterfall and wildlife such as hippos with population of 41.49 million (2016).

The country is located on the East African Plateau, lying mostly between latitudes 4°N and 2°S (a small area is north of 4°), and longitudes 29°and 35°E. It averages about 1,100 meters (3,609 feet) above sea level, sloping very steadily downwards to the Sudanese Plain to the north.