5 Day Orcas and Grizzlies Wildlife Tour in British Columbia, Canada
This listing has no upcoming availability. Check out these similar experiences 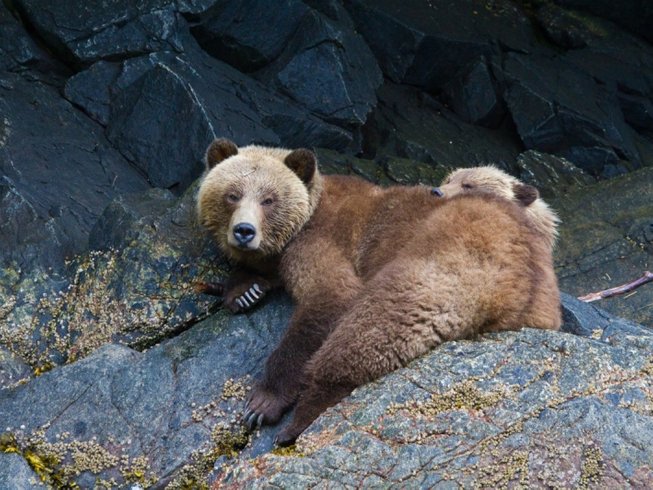 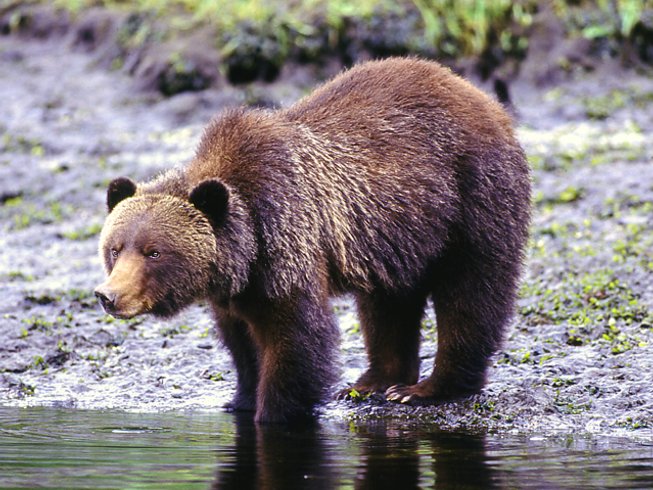 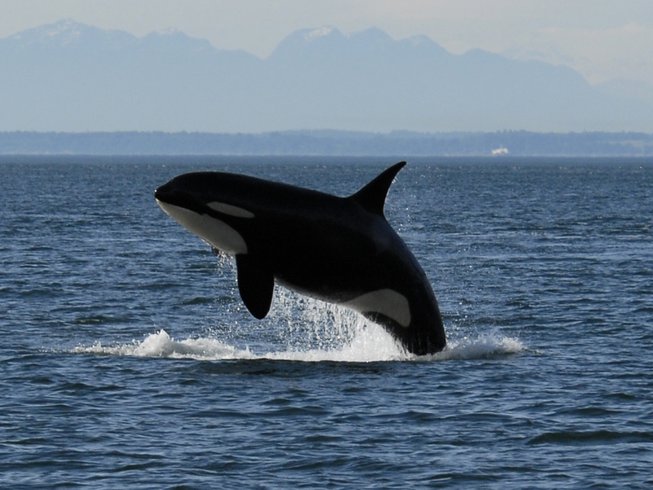 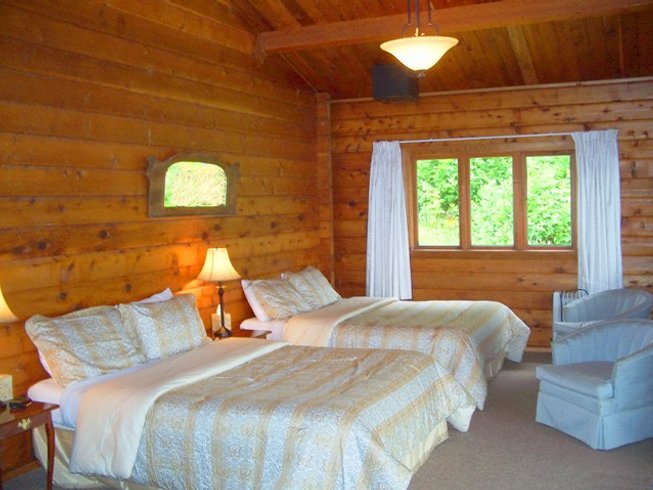 Login to save to your favorites
“Explore the wilderness area in Canada!”
​
Photo
all media

Join this wildlife tour to the wilderness area of Canada with Midnight Sun Travel. On this wildlife tour, local guides escort you to pristine wilderness areas with historic high populations of grizzly bears and orcas. On this particular trip, day one and day five include air to and from Vancouver and transfers on Vancouver Island. Explore pristine waters and wilderness areas to see orcas (killer whales) and grizzly bears off the northeast coast of Vancouver Island, Canada. This wildlife tour is designed to provide you with authentic wildlife and cultural experiences while staying on a remote island in the Northern Gulf Islands. This area sports sheltered waters and plentiful land and marine life, including the largest population of orcas in western North America. At the end of the strait, lies Knight Inlet, home to a thriving population of grizzly bears.

You'll be treated with a high level of service at the Four Room Inn and will also be afforded the time to explore the colourful village that is Alert Bay. Overlooking Johnstone Strait, the log lodge offers panoramic views of sunsets, mountains, local marine traffic, and sometimes pods of orcas. A large common room and sundeck are favourite places for guests to gather, converse, and dine.

During the course of your three full days on Cormorant Island, one day will be occupied by whale watching and another day will focus on a grizzly bear viewing tour. Midnight Sun Travel has set aside the third day to explore the village of Alert Bay (population: 1,200), one of the few remaining authentic coastal communities on the west coast of British Columbia. Day one and five are occupied by return transportation to Alert Bay from Vancouver or Victoria (included).

After making your way to Vancouver International Airport (YVR), head to the south terminal and check in at Pacific Coastal Air for your flight. Your 70-minute flight crosses Vancouver Island’s Inside Passage and lands at Port Hardy, near the Island’s northern tip. At Port Hardy Airport (YZT), a taxi will be waiting to escort you to Port McNeill. Here, you’ll board a coastal ferry as a foot passenger for a 35-minute voyage to Alert Bay, an island community with a thriving First Nations culture. A lodge employee will meet you at the ferry terminal and escort you to the lodge. Please advise the manager what time you would like to have dinner.

Today is yours at leisure to explore the village of Alert Bay. After breakfast, the lodge manager will provide you with a map highlighting popular attractions on the 5-kilometer long Cormorant Island and tickets to U’Mista Cultural Centre. The village can easily be reached by foot from the lodge. You may choose to visit the Alert Bay Tourism Information Centre, shops, and galleries featuring native art. Experience the wonder of the U’Mista Cultural Centre with its examples of historic and contemporary artwork, including a First Nations reclaimed potlatch collection. Should time allow, you can marvel at First Nations dancing at the Big House, or tour to the ecological gardens and big tree trail, a series of easy walking trails located at the top of the island approximately 2 kilometers from the village.

Today after breakfast, depart Alert Bay for an exciting eight-hour excursion to Telegraph Cove including a 3.5-hour whale watching tour of the inlets, islands, and waterways in Johnstone Strait and the Broughton Archipelago. After a taxi ride to the ferry terminal and a short ferry ride to Port McNeill, spend a short time touring Telegraph Cove, its small shops and the fascinating Whale Interpretative Centre that highlights the biology, habitat needs, and threats to orcas and other local marine mammals (admission by donation).

Lunch can be taken at Telegraph Cove. In the early afternoon, you embark on your whale watching tour. As the onboard naturalist narrates, your skipper leads the search for orcas, humpback, and minke whales as well as other marine life such as Dahl porpoises, harbour porpoises, Pacific white-sided dolphins, and sea lions. Bald eagles and many species of birds are plentiful in the region and black bears, deer, and cougars may be spotted along the shore. After your whale watching tour, the last leg of the excursion whisks you from Telegraph Cove by high-speed boat to cross Johnstone Strait. You arrive back in Alert Bay by late afternoon.

You depart at 06:45 from Alert Bay for a full day on the water to seek out grizzly bears in their natural habitat. The destination is Knight Inlet, a two-hour ride by covered boat into Johnstone Strait. Becoming famous for its population of grizzly bears, Knight Inlet, a long and deep glacier-carved fjord, surrounded by snow-capped mountains and steep-sided, forested cliffs. Here, you drift, paddle, and motor quietly around an estuary looking to spot grizzly bears as they feed on the sedges and grasses at high tide. Low tide brings more bears out, and you may see them turn over large boulders in their search for crabs, isopods, and beach barnacles. On some tides, you transfer to the flat-bottomed skiff to get into the shallows. Please bring your binoculars and camera! Lunch is included.

After breakfast, Midnight Sun Travel will call your taxi and get you on the right ferry to Port McNeill. Your up-island journey continues when you’re picked up by taxi at the Port McNeill Ferry Terminal and escorted to Port Hardy Airport. Here, you catch an afternoon scheduled flight to Vancouver, British Columbia.

In this wildlife tour, you will have the opportunity to explore the village of Alert Bay (population: 1,200). It is one of the few remaining authentic coastal communities on the west coast of British Columbia.

This wildlife tour will start from the accommodation in Alert Bay, Canada. From the accommodation, Alert Bay village is two kilometers along the ocean-front road. On the way, you'll pass the 'Namgis Burial Grounds. From the village, the U'Mista Cultural Centre, Big Tree Trail, and Ecological Gardens are short walks away. You will visit U’Mista Cultural Centre, Telegraph Cove, Johnstone Strait, and Knight Inlet.

There will be four breakfasts, one lunch, and one dinner provided by Midnight Sun Travel.