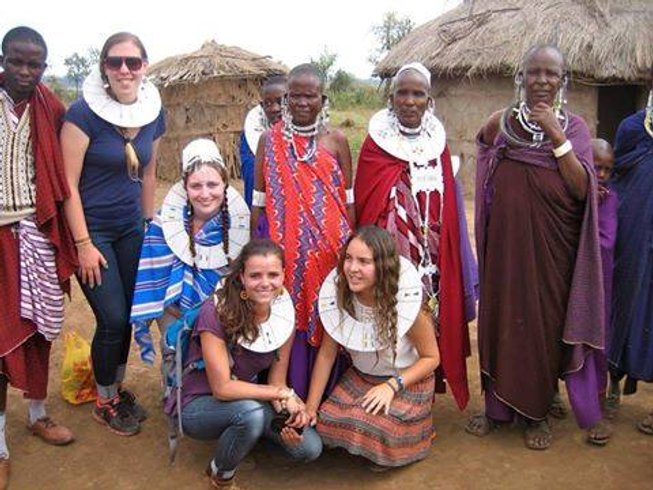 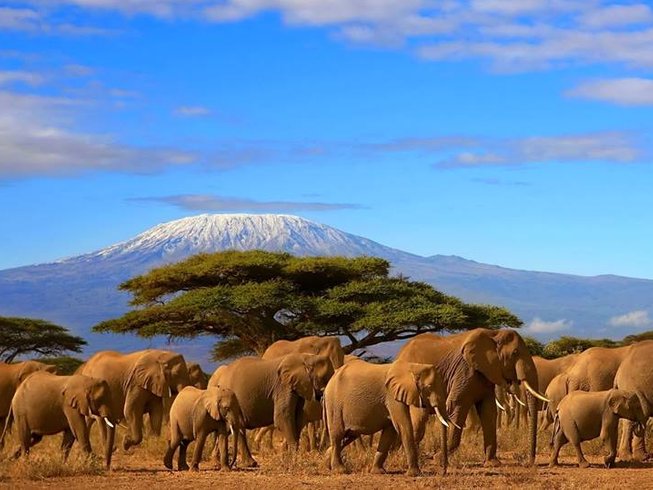 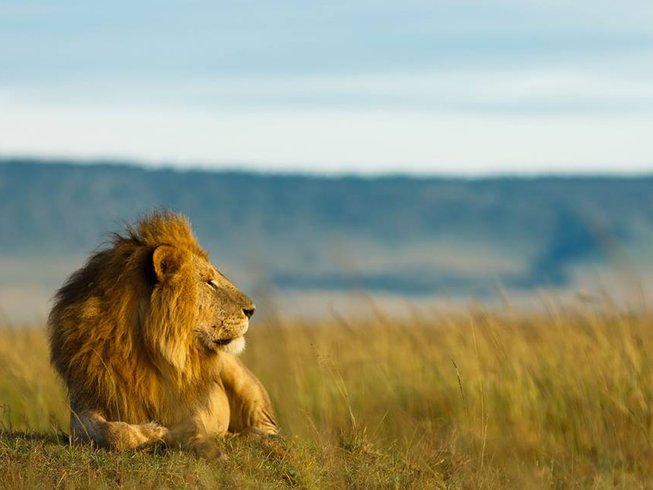 Login to save to your favorites
“Experience a fun and vibrant camping safari!”
​
Photo
all media

Come and join Meru Slopes Tours and Safaris in this fantastic safari holiday. Drive to the best and most popular wildlife destinations in the world for game drives and animal viewing. Take great photos while on the way to the Ngorongoro Conservation Area, and the Lake Manyara, Serengeti, and Tarangire National Park. See breathtaking scenery and views and meet amazing, new people. So what are you waiting for? Pack your bags and prepare for an adventure of a lifetime.

This hotel is located in the heart of Arusha city. It is easily accessible and is only 45 minutes from the Kilimanjaro International Airport (JRO), , and five minutes from the city center. All the rooms are well-furnished with elegant decor and wooden furniture and equipped with an electronic card door lock system to maximize security, making it one of the safest and best places to stay in Arusha.

Situated on the outskirts of the vibrant village of Mto Wa Mbu, you will experience the Sun Bright Campsite and Lodge Hospitality in a quiet, natural environment. The Lodge also includes an outdoor pool. Guests can enjoy a drink at the on-site bar. There are lots of activities in the area, such as biking, canoeing, and hiking. Hippo Pool is 4 miles from Jambo Campsite and Lodge. The sleeping bags and mattresses are provided.

Arrive in Arusha for overnight in Venice hotel or Arusha tourist inn.

After your safari briefing, you will depart from the hotel in the town of Arusha and drive on Tarmac Road for 130 kilometers to Lake Manyara National Park. The lake occupies a large portion of the park, the forest starts just when you cross the park gate along the base of the Great Rift Valley, and the hot springs are located to the park's west.

The park is home to the famous tree-climbing lions, as well as the buffalo, giraffe, hippo, baboon, flamingo, ostrich, goose, and so many more animals. After your picnic lunch, you will take off for an afternoon game drive. In the late afternoon, you will head over to the camp of your booking for dinner and an overnight stay.

You will proceed to the central park area known as the Seronera area, one of the richest wildlife habitats in the park. The Seronera River provides a valuable water source to this area of the park and attracts wildlife well-representative of most of Serengeti's species. Arrive in time to enjoy lunch and then head out for an afternoon game drive. Dinner and an overnight stay will be at the Seronera Campsite.

After breakfast, enjoy an early morning game drive along the Sogore River Circuit, which loops into the plains south of the Seronera River. This is a good location for spotting the lion, gazelle, topi, ostrich, and cheetah. The Serengeti Visitor Center, which is close to the Seronera Lodge and public campsites, is well worth a visit after your morning game drive.

This nicely-designed center offers some interesting wildlife displays, as well as a gift shop where you can purchase information leaflets and maps of the area. In the afternoon, follow the Kopjes circuit going counterclockwise around the Maasai Kopjes. On this tour, you will have the chance to view more lion and some formidably-large cobra. Dinner and an overnight stay will still be at the Seronera Campsite.

After breakfast, you will depart for the Ngorongoro Conservation Area. There will be a stopover at the Olduvai Gorge which boasts of history dating back to the dawn of time. It was there that anthropologists, Dr. Louis and Mary Leakey, discovered the skulls of the "nutcracker man" and the "handy man", which both are very significant links to the chain of human evolution.

During this day, you might get to meet the indigenous tribe of the Ngorongoro Conservation Area and be exposed to all the aspects of their lifestyle. You will be invited to participate in their traditional dance performed by men in colorful cloaks where they chant and jump, every man trying to jump higher than the others. After the welcome dance, you can visit a traditional Maasai hut which is the handwork of the Maasai women. They build them in one month's time.

The Maasai people are known for strongly upholding their traditional values and culture. After arriving at the lodge in time for lunch, you will then descend over 600 meters into the Ngorongoro Crater to view the wildlife for half of the day's safari tour. Dinner and an overnight stay will be at the Ngorongoro Simba Campsite.

After breakfast, you will depart for the Tarangire National Park. The park runs along the Tarangire River and is mainly made up of low-lying hills on the Great Rift Valley floor. Its natural vegetation consists mainly of acacia woodland, giant African baobab trees, and huge swamp areas. Both the river and the swamps act like a magnet for the local wildlife during Tanzania's dry season.

Enjoy a final, pre-breakfast game drive then return to camp for breakfast before transferring back to Arusha, where you will book a hotel for your overnight stay. This is where your tour will end.

Geofrey is an experienced tour guide and has been working as a guide for 10 years. He knows a lot about nature and customer care.

Come and be a part of this incredible tour and reminisce amidst the natural splendor of nature. You will get to witness the thriving wildlife Tanzania has to offer.

Tarangire National Park is the sixth-largest national park in Tanzania. The national park is at Manyara Region. The name originates from Tarangire river that crosses in the park. The only source of water for wild animals during dry seasons. Dry season animals migrate to Tarangire National Park from Manyara National Park. The landscape and vegetation are incredibly diverse with a mix that is not found anywhere else in the northern parks. The hilly landscape has vast numbers of Baobab trees, dense bush and high grasses.

Serengeti is the most ancient and immensely famous park. Serengeti is hugely known for its annual migration. You can witness around six million hooves keep on hitting the open plains. There are also sights such as 300,000 Thomson’s gazelle, 200,000 zebra coming together along with the wildebeests' trek to feed on grassland. It is really hard to confine the attractions of Serengeti to migration alone. Enjoy sparkling game-viewing experience in Africa, Serengeti national park tours is the place to go. There are numerous Grants gazelle, impala, kongoni, topi, elands, giraffes, small groups of elephants, large herds of buffalo and many more.

Five breakfasts, four lunches, and five dinners are included in the price of this retreat.

Upon booking with Meru slopes tours and safaris please indicate any dietary preference or restriction or any specific request you might have such as vegan and vegetarian diets. They will then provide that information in advance to all the hotels.

Meru Slopes Tours and Safaris provides this service at an extra price, which means you can request on arrival or before arrival:

Meru slopes tours and safaris driver will pick you up at Kilimanjaro International Airport (JRO) and take you to their office in Arusha. As local Tanzanians, their guides know well the country and Arusha city, so you’ll be in good hands from when you arrive at the moment you leave.

Meru slopes tours and safaris will pick up at the bus station.