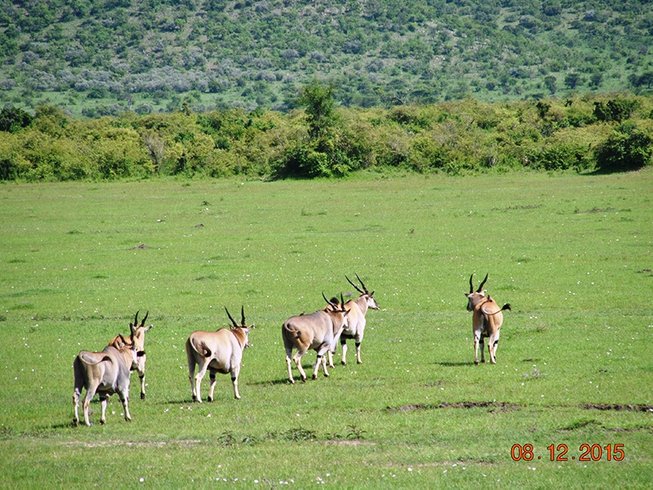 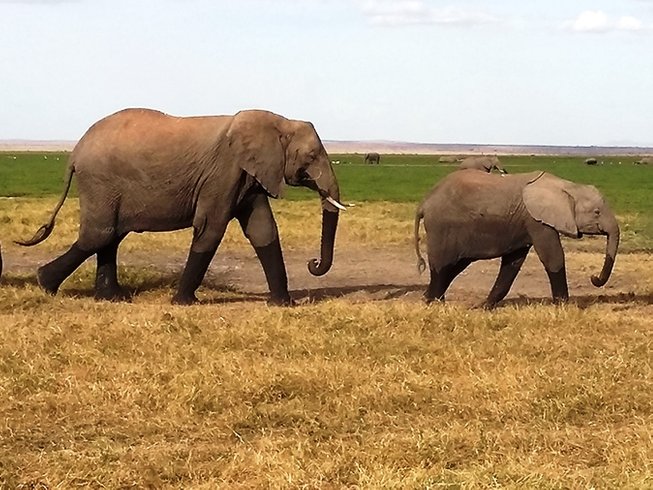 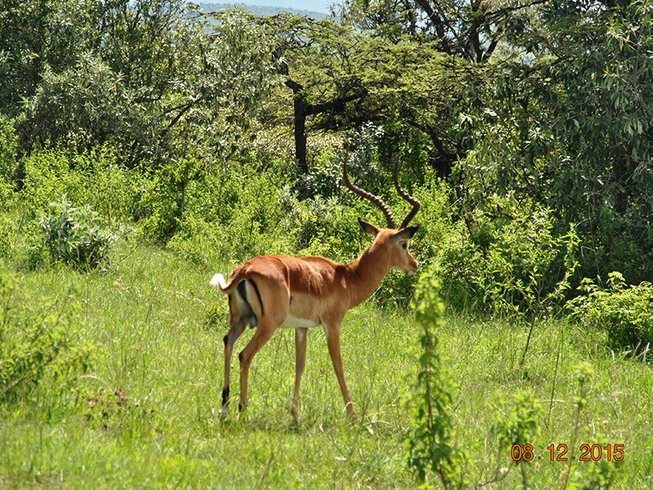 Login to save to your favorites
“Wander around the best places in Tanzania!”
​
Photo
all media

This safari will take you to the world’s most popular destinations, Ngorongoro Crater is often called Africa’s Eden and the 8th Natural Wonder of the World, lake Manyara, Masai village, and Tarangire National parks. The itinerary can be adapted to suit your own personal needs and preferences, as well as to any seasonal changes or to migratory animal movements.

Hotel located in the heart of Arusha city. It is easily accessible and is only 45 minutes from the Kilimanjaro International Airport (JRO), one and a half hours from the Namanga Border, and five minutes from the city center. All the rooms are well-furnished with elegant decor and wooden furniture and equipped with an electronic card door lock system to maximize security, making it one of the safest and best places to stay in Arusha.

Jambo Lodge for both nights.

Let them take care of all your needs, security, and comfort! You have to concentrate only in enjoying at its best this unforgettable safari experience!

The sumptuous swimming pool is situated in a panoramic setting, surrounded by large landscaped gardens to relax and enjoy. The bar is a friendly meeting point where guests can enjoy sundowners and relive their day's adventures. It is provided with a superb terrace overlooking Lake Manyara, being a picturesque setting to enjoy the taste of exotic drinks.

The exclusive boutique offers local art and handicrafts… Take a piece of Safari home! In the TV lounge with selected DSTV channels, guests can be kept informed on the events of the outside world; also, videos are displayed with informative explanations about the amazing natural spectacle that our privileged guests are directly living!

This impressive park is one of Tanzania's most dramatically located wildlife areas, consisting of a massive but shallow soda lake (covering two-thirds of the park) at the foot of the Great Rift Valley's western escarpment. The park's varied habitat attracts a wide variety of animals, including one of Africa's largest concentrations of elephants, Manyara's famous tree-climbing lions, as well as large flocks of flamingos attracted by the algae in the lake. Dinner and overnight as per the standard and type of accommodation option requested

After breakfast you descend 600 meters into this magnificent crater for a morning half-day game drive. The Ngorongoro Crater is one of the most densely crowded African wildlife areas in the world and is home to an estimated 30,000 animals including some of Tanzania's last remaining black rhino. Supported by a year-round water supply and fodder, the Ngorongoro Crater supports a vast variety of animals which include herds of wildebeest, zebra, buffalo, eland, warthog, hippo, and giant African elephants.

Another big draw card to this picturesque national park is its dense population of predators which include lions, hyenas, jackals, cheetahs, and the ever-elusive leopard, which sometimes requires a trained eye to spot. You will enjoy a picnic lunch in the crater, after which you travel to the Tarangire National Park. Dinner and overnight as per the standard and type of accommodation option requested.

After breakfast you head into the Tarangire National Park for a morning game drive. The park runs along the line of the Tarangire River and is mainly made up of low-lying hills on the Great Rift Valley floor. Its natural vegetation mainly consists of acacia woodland and giant African baobab trees, with huge swamp areas in the south. Both the river and the swamps act like a magnet for wild animals during Tanzania's dry season.

The Tarangire National Park is reputed to contain some of the largest elephant herds in Africa. This African national park is also home to three rare species of animals: the greater kudu, the fringe-eared oryx, as well as a few ashy starlings. You return to the lodge for lunch, after which you will depart for Arusha town and you will end your African safari adventure. The group should tip the tour guide around 20 USD a day for all your safaris. You will have accommodation Venice Hotel.

Today will be a departure day and we will drive you back to the airport.

Geofrey is an experienced tour guide and has been working as a guide for 10 years. He knows a lot about nature and customer care.

Starting off and ending at Arusha, this tour will take you through Lake Manyara National Tarangire National Park, and Ngorongoro Crater.

Tarangire National Park is the sixth-largest national park in Tanzania and is located at Manyara Region, behind the national parks of Ruaha, Serengeti, Mikumi, Katavi, and Mkomazi. The name originates from the Tarangire River that crosses the park., the only source of water for wild animals during dry seasons.

During the dry season, animals migrate to Tarangire National Park from Manyara National Park. The landscape and vegetation is incredibly diverse with a mix that is not found anywhere else in the northern parks. The hilly landscape has vast numbers of Baobab trees, dense bush, and high grasses.

The Ngorongoro Crater was once a gigantic volcano. It is a deep volcanic caldera, a breathtaking natural wonder. Before it erupted, it would have been higher than Mt Kilimanjaro. Today, long since having collapsed and eroded, it is an extensive highland area with 600 meters deep. Nearly three million years old, this ancient caldera shelters one of the most beautiful wildlife havens on earth.

Breakfast, hot lunch or picnic lunch, and dinner together with drinking water will be included while on safari.

%Please indicate any dietary preference or restriction or any specific request you might have such as vegan and vegetarian diets. They will then provide that information in advance to all the hotels.

Meru Slopes Tours and Safaris provides this service an extra price, which means you can request on arrival or before arrival:

Please book your flight to arrive at Kilimanjaro International Airport (JRO) or Arusha Airport (ARK). Transfer from and to these airports is included. Meru Slopes Tours and Safaris will pick you up from the airport.

Meru Slopes Tours and Safaris will arrange the pick up by riverside shuttle bus from Nairobi.