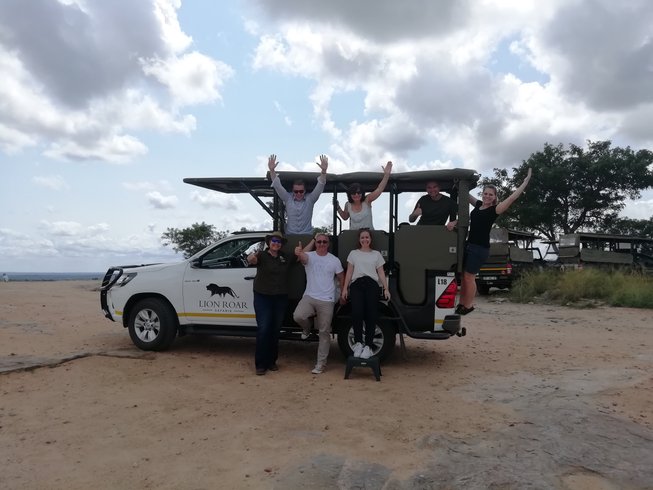 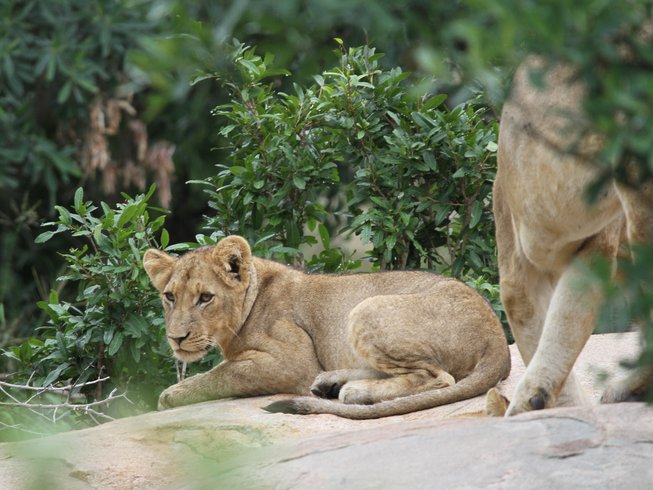 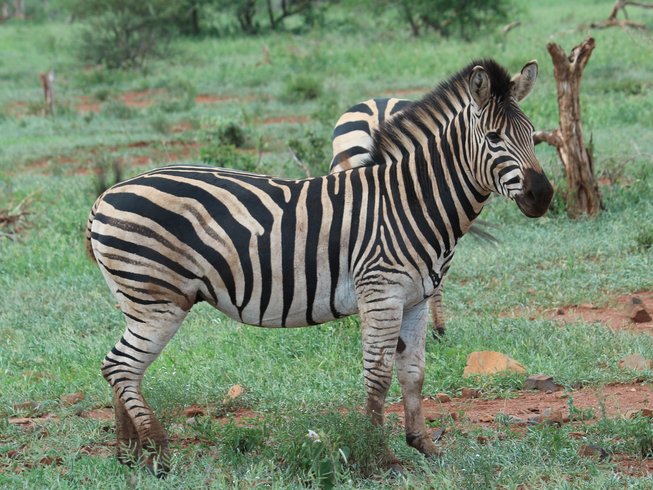 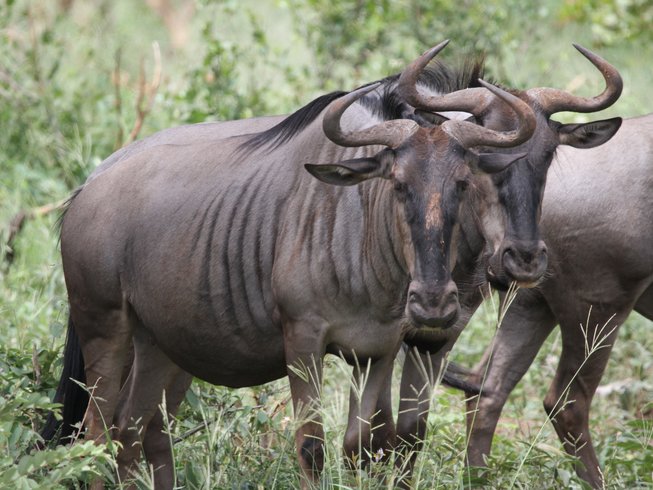 Accommodation is booking inside Kruger National Park at various camps depending on availability.

You will be picked up with an open safari vehicle in Nelspruit or surrounding areas at your pre-arranged location. You will then be transferred to Kruger National Park, home of the iconic Big Five animals.

Enjoy a full day safari, guided by an accredited and professional field guide. Get the opportunity to view animals in their natural habitat all in the comfort of an open safari vehicle.

After you have spent your first day on safari, you will then be taken to a camp in the Park and the guide will check you in between 13:00-14:30. You will spend the rest of the afternoon and early evening at your own leisure.

At 20:00, you will go on a night safari and experience the nocturnal animal life of the Park until approximately 22:00 with one of the park officials. Spend the night in Kruger National Park.

Your guide will pick you up at your unit at the pre-arranged time. You will then enjoy yet another full day safari in the magnificent Kruger National Park. After you have spent your second day on safari, you will then be taken to a camp between 13:00-15:00, where you will spend the afternoon at your own leisure.

At approximately 16:00 (depending on camp and season), you will go on a sunset safari for approximately three hours with one of the park officials and experience the best of both worlds in the Park – later afternoon and early evening. Spend the night in Kruger National Park.

Your guide will pick you up at your unit at the pre-arranged time. You will then enjoy yet another full day safari in the magnificent Kruger National Park.

After you have spent the day on safari, you will then be taken to a camp between 13:00-15:00, where you will spend the rest of the afternoon and evening at your own leisure. Spend the night in Kruger National Park.

Wake up and go on a thrilling morning bush walk at approximately 05:00 (depending on camp and season) with park officials. Your guide will pick you up afterward at your unit at the pre-arranged time.

You will enjoy your last full day safari in the magnificent Kruger National Park, then exit the Kruger Park at about 14:30. You will then be transferred to your pre-arranged drop off location in and around Nelspruit. This is when your guide will bid you farewell and where you will go on your new adventure.

It is advisable to be medically fit, in order to participate in the safari. The safari is not in any way physical, but it does take some effort to get on-board the back of the safari vehicle and for that, you will at least need to be semi-mobile. For a bushwalk safari, all guests should be able to walk well on their own and needs to be at least fit enough to walk a few hours at a leisurely pace.

People with disabilities are welcome at Lion Roar Safaris. Unfortunately, there are some limitations. You have to be at least semi-mobile in order to be able to get on the back of the safari vehicle. Lion Roar Safaris have one seat available in the front of the vehicle next to the driver for people in a wheelchair.

When choosing to visit the world-renowned Kruger Park South Africa with Lion Roar Safaris, you will be spoiled with a magnitude of unrivaled diversity of all life forms, historical, and archaeological sites and not to mention the immense variety of species.

The Kruger is the size of Israel and stretches 360 kilometers (220 miles) long from the North to the South. The park has a width of about 65 kilometers (40 miles) from West to East.

It is within these 2 million hectares of sheer wilderness where you can find 505 bird, 404 tree and shrub, 147 mammal, 118 reptile, 53 fish and 35 amphibian species. This is truly one wildlife experience that ranks top of the places that one needs to visit. Unquestionably a bucket list priority.

The magical number 5 in the Kruger National Park:

Mammals in the Kruger (fauna)

While visiting the Kruger National Park South Africa with Lion Roar Safaris, you will be able to view a fair share of different mammal species. There are an estimated 17,000 elephants, 48,000 buffaloes, 1,500 lions and 1,000 leopards in Kruger National Park.

Besides viewing the classic Big Five, there are many other fascinating animals in the park; about 147 mammal species. Species like the black and white rhino, hippopotamus, giraffe, zebra, warthog, wild dog, spotted hyena, cheetah and many other antelope species.

The vegetation of the Kruger National Park (flora)

Besides the vast number of animal species in the Kruger National Park South Africa, the park is home to about 336 tree species. This 2-million-hectares-large reserve can be divided into 16 macro ecozones with the Northern half (just north of the Olifants River) being predominantly Mopane veld and the south of the Olifants, Thornveld.

The Park lies in an area known as the South African Lowveld. The altitude varies between 200 meters in the East and 840 meters in the South West. Several rivers run from West to East through the Park including the Sabie, Olifants, Letaba and Luvuvhu Rivers. In addition, the Limpopo and Crocodile Rivers respectively, from the North and South borders of the Park.

In the East, the Lebombo Mountain range separates the Park from Mozambique. There are a variety of vegetation types ranging from Mopane shrub veld to lush riverine forest formed by giant trees.

Facilities in the Kruger National Park

One snack box which contains a packet of crisps, a cereal bar, a muffin, 200 ml juice, and 500 ml mineral water will be provided for each participant every day.

Please book your flight to arrive at Nelspruit Airport (NLP). Your guide will pick you up at your hotel in Nelspruit or a previously-agreed meeting point in the area and take you to Kruger National Park.