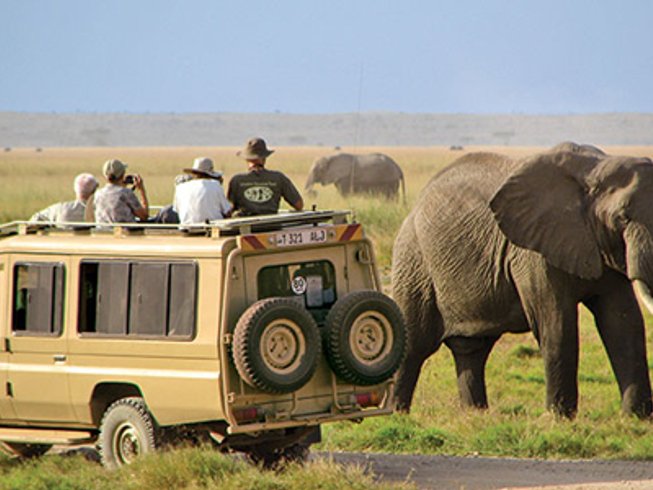 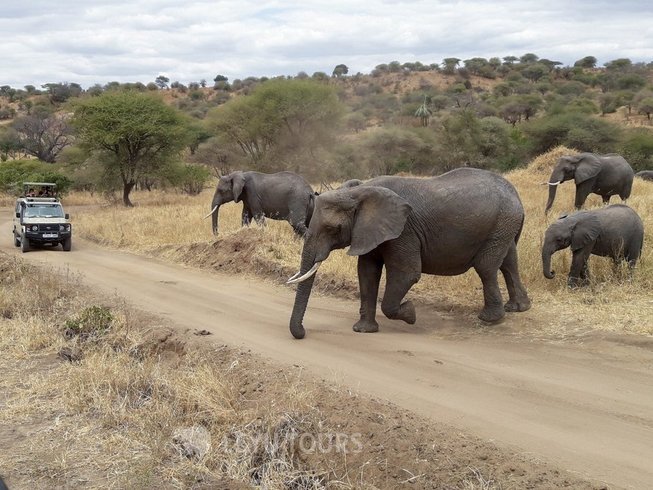 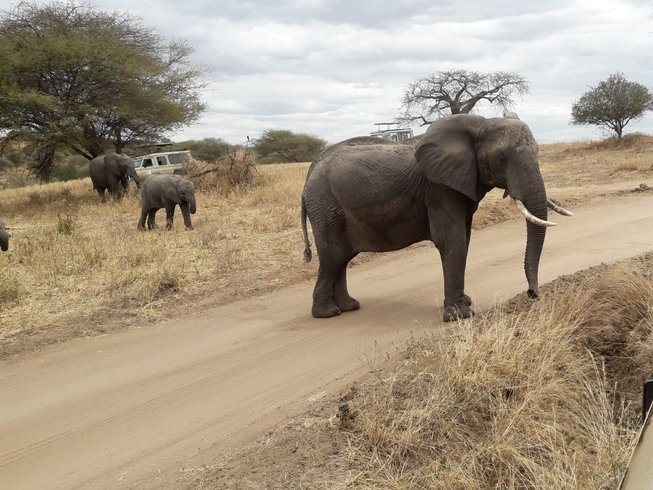 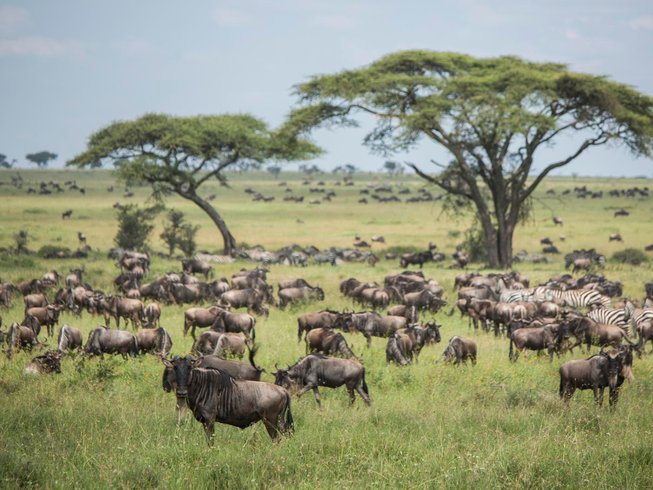 Leyu Tours has something special for you! Spend three days in Ndutu in search of migration and one day in the Ngorongoro crater! The rest of the days will be spent in Tarangire, Manyara, and Lake Natron; the Ngorongoro crater is also included on the way back from Serengeti. This tour is a well-liked safari in Tanzania which will take you to southern Serengeti on Ndutu plains for the huge wildebeest migration and offer you nine picturesque days on the enormous Serengeti savannas full of wildebeest herd. Enjoy a Tanzanian typical wildebeest migration safari pooling Ngorongoro crater, Lake Manyara, and Tarangire national parks!

You will be met by the transferring driver at the airport or any arrival point upon arrival time and you will be transferred to Arusha for the rest of the day, your tour will start on the morning of the next day.

Leave Arusha early in the morning, after breakfast, and drive to Tarangire National Park for a full day of animal sightings! The Tarangire National Park is the third-largest national park in Tanzania and leads the number of high populations of elephants. The park is doted by giant Baobab trees which can be seen everywhere in the park; also located there is the Tarangire River that supports the life of the park.

Depart after breakfast and drive to Serengeti National Park via Ngorongoro, with some stops on the way at interesting points to take pictures and experience Tanzania at its best! The drives from Tarangire to Serengeti National Park takes five hours, you will take lunch boxes with you to allow good time for afternoon animal sightings in the Serengeti. This tour can be extended so you can visit Zanzibar and have a few nights on the beach for a chill after-safari.

On Day 4 of your tour, you will leave the lodge before sunrise and start your game drives with a picnic breakfast and lunch. You will spend the full day from 6 a.m. to 6 p.m. observing animals in different times and locations in the central Serengeti; expect to see huge herds of migrating animals, prides of lions, cheetah, leopard, elephant, giraffe, buffaloes, and many species of birds and trees.

On Day 5 of your tour, you will have a full day of animal sightings, this will be a picturesque day where you will drive around the Serengeti in search of wildlife. Depending on the time of the year, this tour will be located in southern Serengeti where you will see migration delivering babies. This itinerary serves as a guideline only and the accommodation will be booked according to animal movement and locations.

Start the day after breakfast for animal sightings in Ndutu Plains, Southern Serengeti for witnessing the calving. The southern part of Serengeti is covered by the short grasslands which attract herbivores of many types, making the visibility slightly easy compared to open grassland; you can expect to see crocodiles preying on wildebeest.

Day 7 of your tour will start with an early breakfast at your lodge or camp; then pack your things before you leave the lodge/camp for morning animal sightings. In the afternoon, you will sit for your picnic lunch then continue with afternoon animal sightings as you drive to the Ngorongoro Crater Rim for overnight.

Day 8 will start with an early breakfast at your lodge or camp; then pack your things before you leave the lodge or camp for morning animal sightings inside the crater. Ngorongoro Crater is the world’s unbroken Caldera where thousands of animals live in, if lucky, you will see the big five animals. In the afternoon, sit for your picnic lunch at the hippo pool then continue with afternoon animal sightings until you retire for the lodge.

This tour will end in Lake Manyara for morning animal sightings with an option for a cultural visit in the nearby village of Mto Wa Mbu. Lake Manyara National Park is found in the Great Rift Valley and the park supports the green forest which is watered by underground water streams from the Ngorongoro highlands.

In Lake Manyara, expect to see tree climbing lions which the pack is known for, you will also see flamingoes, hot springs, and many animals and bird species. Late in the afternoon, drive for two hours to Arusha with optional stops at the city or shops to buy souvenirs. Depending on your schedule and returning flight, you will be dropped off at the airport on time for your flight back home or dropped off at the hotel of your choice.

Please arrange your flight to arrive at Kilimanjaro International Airport (JRO). Transfers are already included in the package, Leyu Tours will pick you up from the airport.