5 Days Bwindi, Queen Elizabeth, and Lake Mburo National Parks Safari and Gorilla Trekking in Uganda
This listing has no upcoming availability. Check out these similar experiences 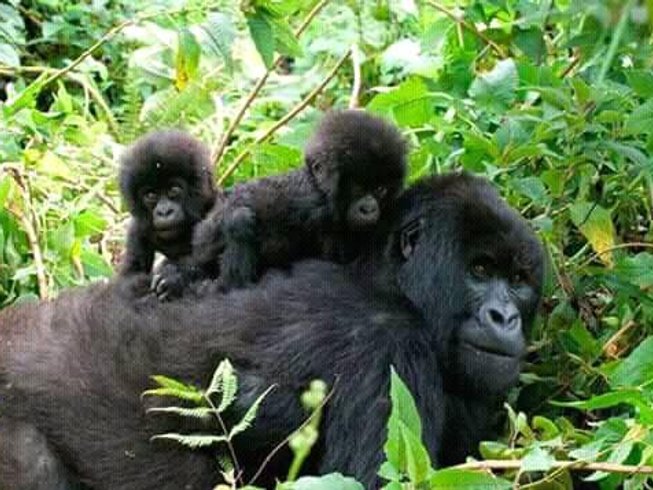 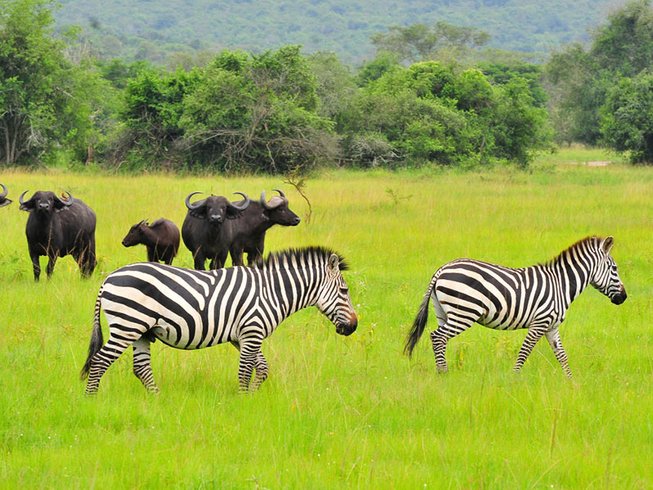 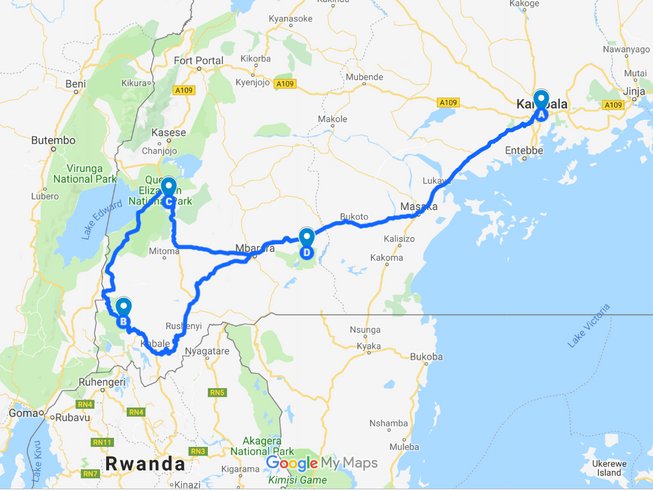 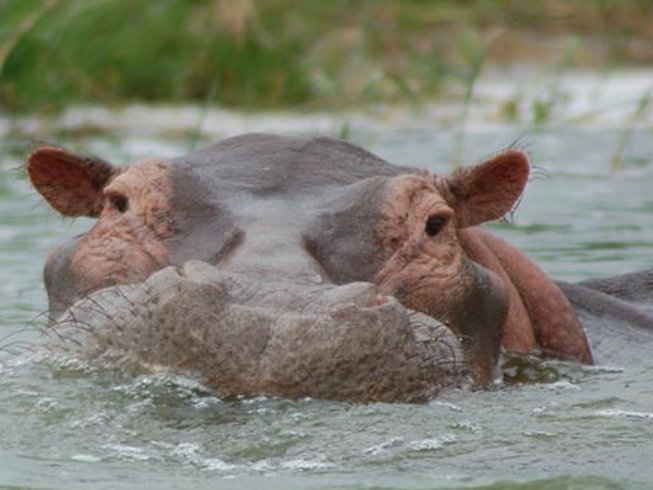 Lakeside Tours and Travel would like to invite you to experience this wonderful safari in Uganda. Also known as the Pearl of Africa, Uganda is the ultimate tourist destination in Africa. This safari will take you through both Uganda’s savannah and forested national parks of Queen Elizabeth, Lake Mburo, and Bwindi respectively. You will be able to explore Uganda’s wildlife and experience the warm hospitable nature of the nation as you go through the country.

During this safari in Uganda, you will spend two nights at Gorilla Mist Camp or Bakiga Lodge, one night at Enganzi Lodge, and another night at either Arcadia Cottages or Rwakoobo Rock cottages.

The drive from Kampala to Bwindi normally takes 9 to 11 hours with the biggest portion being newly constructed tarmac roads. The remaining small portion of the bumpy road is so beautiful thus referred to as the “Switzerland of Africa”. Depending on gorilla permits availability, you may track the mountain gorillas either in the northern or southern part of Bwindi. Dinner and overnight at Gorilla Mist Camp or Bakiga Lodge.

After an early morning delicious breakfast, you will be transferred to the park office headquarters with some times packed lunch for briefing and then go for gorilla trekking in the thick Bwindi impenetrable forests. You may spend an hour with the gorillas after a hike that ranges between one to seven hours. Later in the evening, undertake a brief nature walk to the Batwa community. Also available are craft shops and drinking joints. Overnight and dinner at Gorilla Mist Camp or Bakiga Lodge.

This day, an early wake up for breakfast and go tree-climbing lions in the Ishasha sector as they enjoy a rest in the fig tree branches in the morning sunset. Different species antelope are a big attraction in these grassland plains. Proceed for lunch at Mweya lodge as you prepare for an afternoon boat cruise along the Kazinga Channel between Lakes Edward George. The rich wildlife along this channel characterized by a high concentration of hippos and birds which makes it, the best birding spot in Africa is worth mentioning. Overnight at Enganzi Lodge.

Immediately after breakfast transfer to Lake Mburo National Park, a haven for impalas and rhinos, small antelopes, zebras, and many other herbivorous. Enjoy an afternoon boat ride on Lake Mburo. Accommodations include Arcadia Cottages or Rwakoobo Rock Cottages.

After breakfast, undertake a game drive to the salt-lick area where a variety of animals converge to enjoy the salty soil in this place. Later drive out of the park through the eastern Nshara Gate and proceed to Kampala with en route stopover at the Uganda Equator arriving in the evening in Kampala. Drop off will be at the airport for your flights back home.

This safari will cover some of the top destinations in Uganda including Bwindi, Queen Elizabeth National Park, and Lake Mburo National Park.

Lake Mburo National Park is a compact gem, located conveniently close to the highway that connects Kampala to the parks of western Uganda. It is the smallest of Uganda’s savannah national parks and underlain by ancient Precambrian metamorphic rocks which date back more than 500 million years. It is home to 350 bird species as well as zebra, impala, eland, buffalo, oribi, Defassa waterbuck, leopard, hippo, hyena, topi and reedbuck.

Bwindi was gazetted as a National Park in 1991 and declared a UNESCO Natural World Heritage Site in 1994.

Spread over a series of steep ridges and valleys, Bwindi is the source of five major rivers, which flow into Lake Edward.

Bwindi Impenetrable National Park lies in southwestern Uganda on the edge of the Rift Valley. Its mist-covered hillsides are blanketed by one of Uganda's oldest and most biologically diverse rainforests, which dates back over 25,000 years and contains almost 400 species of plants. More famously, this “impenetrable forest” also protects an estimated 400 mountain gorillas – roughly half of the world’s population, including several habituated groups, which can be tracked.

This biologically diverse region also provides shelter to a further 120 mammals, including several primate species such as baboons and chimpanzees, as well as elephants and antelopes. There are around 350 species of birds hosted in this forest, including 23 Albertine Rift endemics.

Queen Elizabeth spans the equator line; monuments on either side of the road mark the exact spot where it crosses latitude 00.

The park was founded in 1952 as Kazinga National Park and renamed two years later to commemorate a visit by Queen Elizabeth II.

The park is home to over 95 mammal species and over 600 bird species.

wetlands, make it the ideal habitat for a classic big game, ten primate species including chimpanzees and over 600 species of birds.

Set against the backdrop of the jagged Rwenzori Mountains, the park’s magnificent vistas include dozens of enormous craters carved dramatically into rolling green hills, panoramic views of the Kazinga Channel with its banks lined with hippos, buffalo and elephants, and the endless Ishasha plains, whose fig trees hide lions ready to pounce on herds of unsuspecting Uganda kob.

All meals, as well as water and snacks in the vehicle, are included in the price. All food allergies and dietary restrictions must be disclosed to Lakeside Tours and Travel at the time of booking but they cannot guarantee that dietary needs or restrictions can be accommodated.