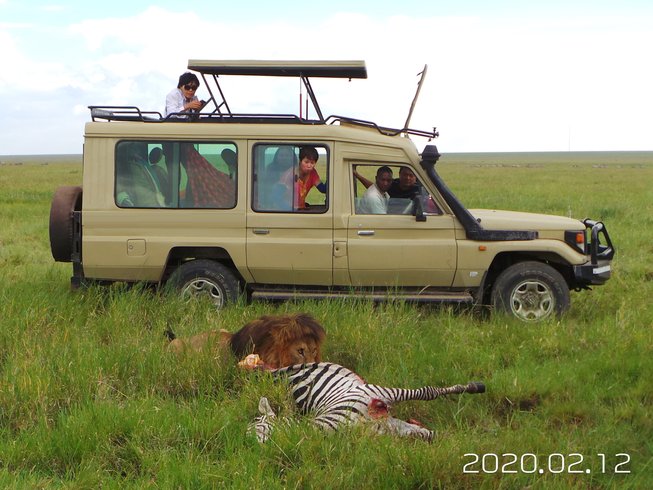 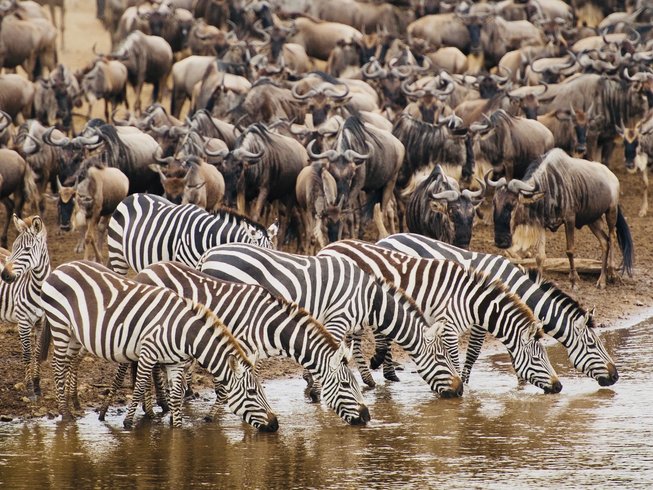 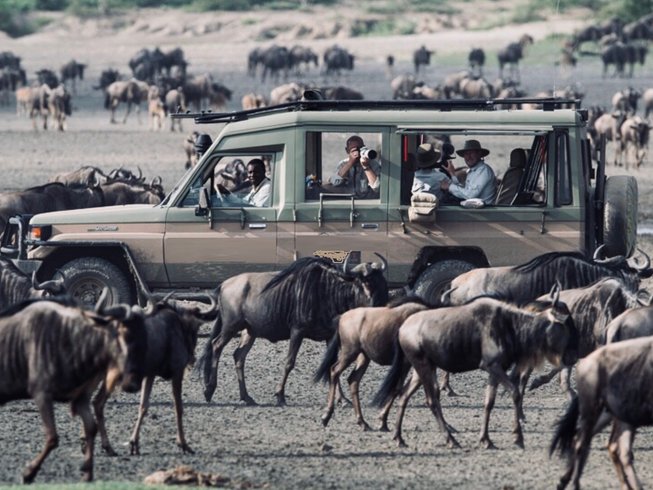 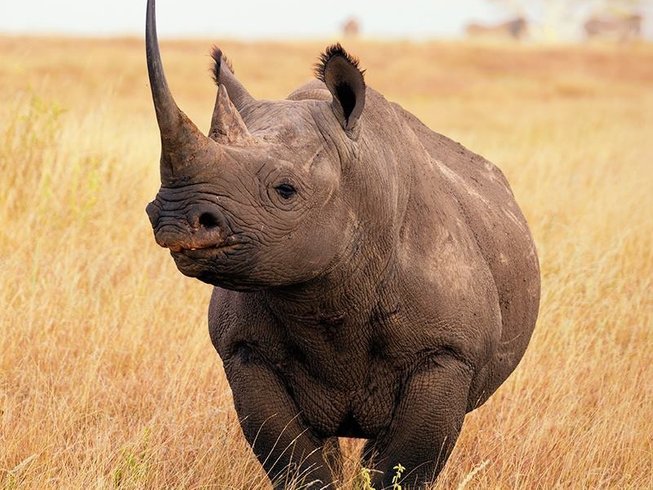 Login to save to your favorites
“Have a fantastic wildlife experience!”
​
Photo
all media

Soak in the excitement of game viewing in some of the most spectacular national wildlife game parks in Tanzania and witness the great wildebeest migration. The Tarangire River has shriveled to a shadow of its wet season self but it is choked with wildlife. The jewel in Ngorongoro's crown is a deep, volcanic crater, the largest un-flooded and unbroken caldera in the world. See amazing sights of wildlife, mesmerizing views of mother nature, and above all, have a fantastic experience!

You will spend the night at a hotel in Moshi.

During your trip, you can stay to the one of the following lodges for the accommodations. For the first night of your safari, accommodations are available in Kataru and you may choose among Kudu Lodge and Campsite, Marera Valley Lodge, Bogainvillea Safari Lodge, and Flamingo Safari Lodge.

For the second and third night, accommodations are available in Serengeti. Have some well-earned rest at either Serengeti Sopa Lodge or Tanganyika Wilderness Camps, Tanzania Bush Camps Tented Lodge, or Wildlife Lodge.

Spend the last night of your safari in Ngorongoro. You may choose to stay between Ngorongoro Rhino Lodge, or Wildlife Lodge, or Ang'ata Tented Lodge. Relax and recharge for your departure the next day.

You will spend the night at a hotel in Moshi.

On your first day, you will arrive at Moshi and check in at your hotel. You may enjoy the rest of the day to get some rest an prepare for the adventure next day.

In the morning, depart from Moshi to Tarangire National Park for some game-viewing and photography. Have an afternoon break for a picnic lunch then continue with your game drive. In the late evening, leave Tarangire National Park and drive out of the park to the lodge at Mto wa Mbu near Lake Manyara or Karatu for dinner and an overnight stay.

Have a full-day game drive to explore the vast, rich animals of the Serengeti Plains. In the evening, drive back to the lodge for your dinner and overnight stay.

In the morning after breakfast, have a game drive en-route the Serengeti or Ngorongoro plains via Olduvai Gorge with your picnic lunch. Enjoy your dinner and overnight stay at the lodge at the Ngorongoro crater.

After breakfast in the morning, descend 610 meters down into the floor of Ngorongoro Crater for a full morning tour. In the afternoon, enjoy lunch by the hippo pond before beginning your drive back to Moshi.

After the last night spent on Moshi, the tour will come to an end. Thank you for joining.

On the fourth day of your safari, you will stop by Olduvai Gorge for a picnic lunch.

This safari will take place in Tarangire and Serengeti National Park, Ngorongoro Crater, and Olduvai Gorge.

The park has the thousands of animals including wildebeests, zebras, elands, elephants, buffaloes, hartebeests, and more animals that migrate from the Maasai steppe to the Tarangire River. Not surprisingly, lions and other predators find the place attractive.

It is Tanzania’s oldest and most popular national park. The Serengeti is famed for its annual migration when some six million hooves pound the open plains. More than 200,000 zebras and 300,000 Thomson’s gazelles join the wildebeest’s trek for fresh grazing.

Yet even when the migration is quiet, the Serengeti offers arguably the most scintillating game-viewing in Africa with great herds of buffaloes, smaller groups of elephants and giraffes, and thousands upon thousands of elands, topis, kongonis, impalas, and Grant’s gazelles.

Olduvai Gorge provides evidence of the earliest signs of mankind where hominid footprints are preserved in volcanic rocks 3,600,000 years old.

Ngorongoro Crater is the world largest caldera measuring 600 meters in depth and covering 250 square kilometers in area. The collapsed volcano is home to a large concentration of wildlife including the lion, rhino, hippo, hyena, and elephant.

During this safari, your daily breakfast, lunch, and dinner will be provided for you by Kilimanjaro Trekking Mate including bottled drinking water. Vegetarian and vegan meals are available for those with special dietary requirements.